Have You Ever Seen Surprise Egg Videos? 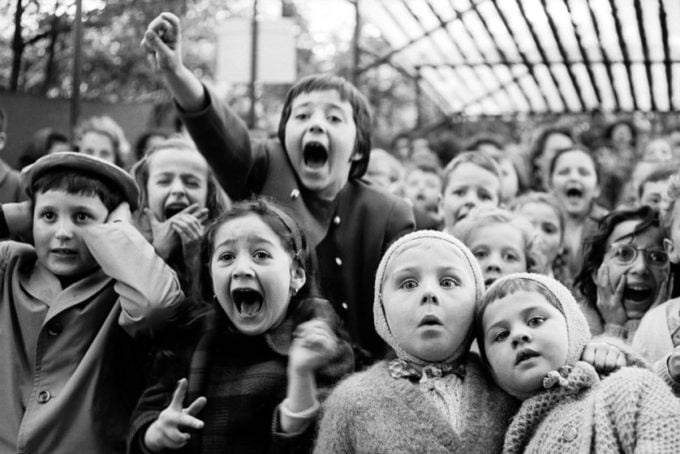 My greatest failing as a parent can be summed up in three words: Surprise Egg Videos. If you don’t know what I’m referring to, then you are living your best life…

If you do, then you know that there are hundreds of people who make a crazy amount of money by filling plastic eggs with toys and then making YouTube videos of themselves opening them up. This phenomenon is so, so weird.

The unknown has always been a hot commodity, evidenced throughout history by everything from Pandora’s mythological box to the raison d’être for the gift-wrapping industry. Lately, though, it’s become an epidemic. Remember when a “surprise box” was just opening an old purse you hadn’t used in a while to discover a petrified baby carrot, three dollars in nickels and a pair of mismatched earrings?

Nowadays, there are dozens of subscription services that will mail you a grab bag for a flat fee. The products inside these packages — artisanal pecan honey mustard, a Batman-shaped key chain that doubles as a beer opener, the world’s tiniest tube of BB Cream in juuuuust the wrong shade — would never tempt us on a retail shelf, and probably aren’t even worth the cost of shipping, but it hardly matters. What we pay for is the thrill of discovery.

I wouldn’t be thinking about this trend so much, if not for the fact that it has hooked my four-year-old son, too.

Picture this: In a YouTube video, a bunch of plastic eggs appear on screen against a wall in what is clearly someone’s basement. A pair of disembodied hands enters the frame, and begins cracking open the eggs, one by one, while a disembodied voice narrates the contents — toys, candy, trinkets. These videos are confusing until you see that they have over 10 million views.

The most successful of these entrepreneurs step up their game. They craft eggs the size of port-a-potties in their backyards and let their kids tear them apart with mallets. They fill inflatable pools with cheese balls and bob for toys while dressed as Spider Man or Elsa. My son cannot get enough.

Recently, though, I’ve been steering him clear of YouTube. I mean, isn’t the entire world still a surprise to children? I recently explained to my son that clouds were made of water and his mind was completely blown. Can a SpongeBob figurine tumbling out of a foil packet compete with the enormous surprise box that is the universe?

But while doing errands one recent afternoon we ducked into a neighborhood shop, and just inside the door was a bucket filled with whimsical “surprise balls.” I caved, bought one, and sat outside on a bench while my son slowly, methodically, unfurled ribbons of colorful tissue paper, letting them snake over our knees like pieces of a fallen rainbow. The trinkets inside were insignificant, of course. It was the unwrapping that was the fun part.

Afterward we walked home, discussing such wide-ranging topics as Darth Vader, spaghetti and volcanoes, and I felt a warm rush of happiness and anticipation that can hit me sometimes when I’m actually enjoying the moment. It gave me a hope that around the next corner could be something more wonderful than I could even imagine. Maybe — just maybe — something that didn’t even come in a box.

171 COMMENTS
WRITE A COMMENT
Motherhood
most popular
01
21 Completely Subjective Rules for Raising Teenage Boys
02
Best of: Parenting Around the World
03
Trying Out Slow Parenting
04
How Did You Know You Were Ready to Have a Baby?
05
Three Transgender Kids Share Their Stories
Subscribe
Login
171 Comments
Inline Feedbacks
View all comments
Sunny

by the way if anyone knows how to eliminate youtube and iphone from a toddler’s life PLEASE let me know! My husband introduced him and now its kind of out of control. I suppose I should just expect screaming and crying? I want out!

Thanks for posting this! I thought my three year old son was the only weirdo who came upon these videos! He is obsessed and I want it to end. Particularly mad at my husband who introduced our son to youtube last month when we were moving/packing….glad my child is not the only one though ; )

Yes, my sons (same age as yours) could watch these for hours if I would let them. Ther papi buys them surprise eggs (only found at the Mexican store we go to) and they go nuts!
so funny and weird. They will even repeat the video .WHAAAAT?? AGAIN??

My son got obsessed with this video and I can’t understand why… Any idea? https://www.youtube.com/watch?v=aRtksShhutQ … What is so special with this???

I don’t understand viral videos!! How does that have 307 MILLION views? And the pizza rat one has 9! What?!

I thought my daughter had found some weird thing on You Tube that only she was odd enough to watch. This make me feel a little better(?) I guess. Hahaha. She’s 3 and I think she found it herself.

Thanks for the education. Now that I know what a surprise egg video is, I never have to watch another

My three old son is also obsessed with surprise eggs. I have a long embarrassing story of a melt down over an egg my son spotted at a store on my 40th birthday – I’ll save that for another day. I attempted to describe surprise eggs to my younger sister and instead told her to go on YouTube. Now I can send her a link to this essay!

Lol. This is hilarious bc as a hairdresser I have several parents that allow their kids to watch egg videos as a special treat to make them sit still while I trim their hair. And I to have succumb to the egg videos on occasion because my 4 yr old also loves them. And every time I think what am I missing so so so weird.

We also went through a surprise egg obsession! I was so sick of the videos, so we bought a bunch of empty Easter eggs and filled them with little surprises (like cheap dollar store trinkets and weird things like big buttons or pompoms) for her to discover instead. She opened them a million times! Finally, she lost interest and then discovered them again 6 months later. It’s the toy that keeps giving :)

The rabbit hole of YouTube kid-vids is a wild and crazy place. There are some channels that “mod” video games like grand theft auto and replace the characters in the game with Disney characters or superheroes…that is probably the weirdest one we have encountered!

I am cracking up – my little man is a huge fan of these videos. They are so crazy and weird – until I look at the number of views and subscribers and realize these people are killing it! And then I think – wait, can we pull this off too?! Ha ha ha

I am SO GLAD you wrote this post! Lol. My daughter trancends to a different planet when watching these. What a relief to know other parental units let their children enjoy these. Nanu Nanu.

(they are rather calming tho, am i right?!)

Surprise eggs will be the death of me. Open….Open…SURPRIIIIIISE! (face palm). My daughter LOVES the videos, so her joy brings me joy :-)

This is hilarious. My son has totally watched this video before (as a young toddler) — and as I was reading he came up and insisted we watch it again. I was just dying laughing — the presenter has surprisingly good hand skills!!

This is SO weird! I’ve never heard of it, but I guess… to each his own? lol!

Kinder Surprises are banned in US :) I guess it is illegal to put a toy inside a chocolate egg. That is why you don’t find them here .

My kids (4&5yo) will watch these videos for as long as we will let them. It is the weirdest thing!

All I can think is how fun for the person who first came up with this idea for a video! Well, then the second thought comes which is IF ONLY THESE EGGS WERE BIO-DEGRADABLE!! I shudder to think of the size of the Pacific Gyre at this point…{{sob}}

My kids are both obsessed! Too funny. And admittedly, I have a subscription to Birchbox that brings me joy so there you go :)

I also recently discovered the slime video craze, which garners as many views. I can sort of see the appeal of these videos (I am “one of those” asmr people), but even though I can understand the soothing nature of meticulous, quiet videos, I just don’t get the slime thing. Even this one is mind boggling! But, I will say, that I kind of love that these exist as a testament to human quirkiness.

I will say that I never thought about “the universe as a suprise box” — so true!

I have a feeling the hundreds of millions of views that video’s gotten is due to the ASMR quality of the act and sounds.