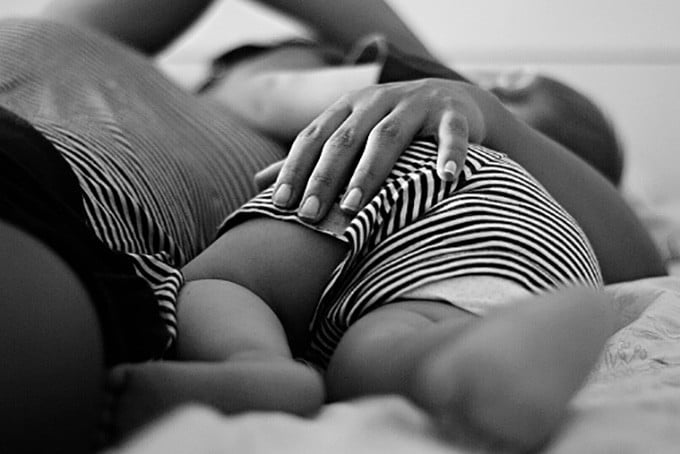 Today, we’re publishing the second essay in our series on breasts. The following is by Rabbi Susan Silverman, a mother of two adopted sons and three biological daughters.

I didn’t breastfeed Adar when he came home from Ethiopia at nine months old, even though I had heard that, having nursed my biological daughters, Aliza and Hallel, before him, I could try to stimulate lactation. But, I wondered if it would traumatize my almost-toddler for me to stick a tit in his mouth. Would it be his earliest memory — a big white boob in his face?

Now, one Friday afternoon, very pregnant with Adar’s first younger sibling, I had a moment of regret as he watched her baby-form grow inside me and would soon see her nursing.

“Does baby girl eat?” four-year-old Adar asked, as I was setting up for Sabbath dinner, reaching carefully with my big belly across plates of salads and spreads to place the Kiddush cup on the table.

“Did I eat what my tummy-mommy ate?” Adar asked.

“Can I eat from your tummy?”

“No, but I can still feed you. And it’s so much better because we can look at each other while I do!”

Umbilical cord, fork, what’s the difference? They’re both ways for a mommy to feed her children. In fact, I only use the umbilical cord to feed the baby so I have my hands free to take care of you!

Squatting to face Adar, I held his hands and looked straight into his eyes, holding his gaze while my mind raced. Dinner guests would arrive in a couple hours, but this moment with my sweet four-year-old mattered more than anything. I had to convey that we were unwaveringly mother-and-son. Don’t be jealous of this baby! My relationship with her is strictly placental.

“Mommy?” He pointed to my heart.

“Yes, my love,” I said, holding his cheeks and kissing his forehead. He could sense what I felt!

“You have hummus on your booby.”

I grabbed a napkin and peered down to wipe the tan blob off my shirt, worrying anew about the impact this pregnancy and breastfeeding would have on Adar, things he and I didn’t share.

There is a rabbinic story that when our foremother, Sarah, gave birth to her son, Isaac, the townswomen laughed at her, claiming that such an old woman could not have delivered a child. So God made Sarah’s breasts into fountains of milk and dried up the breasts of the naysaying women so that they had to bring their babies to Sarah to be fed.

Her breasts were proof of motherhood and weapons against doubt. I did not have that “proof” for my son. Years later, when this yet-unborn-baby, Ashira, was in first grade, a classmate asked her how it could be that she and her brother were siblings. She responded simply and with the profoundest truth: She shrugged, as if to say, “That’s just the way it is.”

The few biblical references to God in female terms are as a nursing mother. And, yet, it was my not-nursed child who most elicited God for me, who brought God palpably into our family, a microcosm of the created world – possibility, despair, redemption, tragedy, hope, healing, brokenness.

I watched Adar evolve from a crab-crawler to a runner, tricycle rider and puddle splitter — pedaling through the water so fast it was like the opening of the Red Sea. When he was little, we lay on his bed every night and read book after book with his head on my shoulder. Plus, a million trillion kisses.

And I had loved my night bottle-feeding ritual with him. When the girls had nursed, their faces were smushed, practically lost, in my giant boobs. But with Adar, we looked at each other as I held the bottle, our eyes locked on each other’s faces until his lids fell like night over his beautiful shining eyes. Those moments are lodged in my soul. Any fears I’d had about not fully connecting with my son since I didn’t breastfeed him were unfounded; those early fears quickly washed away into​ the years of being our family.

Most of all, I realized the truth of what his sister Ashira had always known: How is Adar my son? He just is. 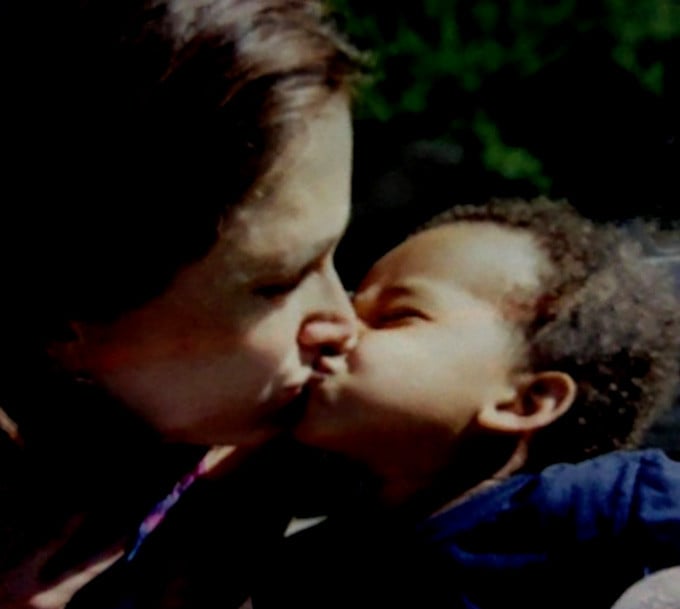 Susan and Adar, when he was a baby. 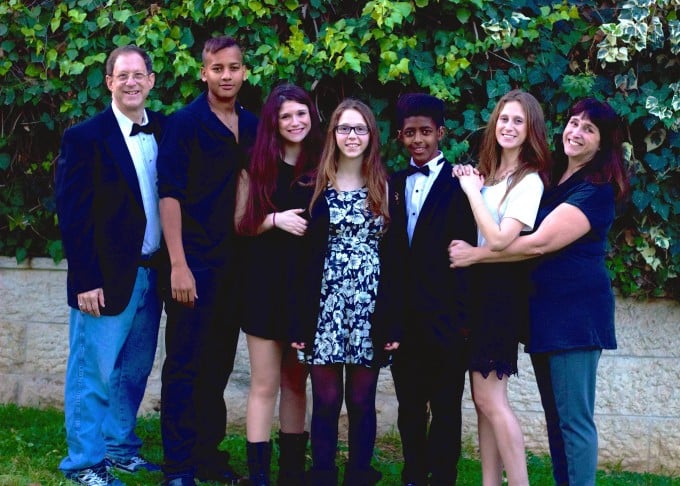 The family celebrating Ashira’s bat mitzvah this past December.

Rabbi Susan Silverman and her husband have five children: Aliza, 22, Hallel, 20, Adar, 17, Ashira, 12, and Zamir, 14. They moved to Jerusalem from the U.S. in 2006. She is the founding director of a non-profit organization called JustAdopt. Her book, Casting Lots: Creating a Family in a Beautiful, Broken World, comes out on April 1st. Here’s a video of Rabbi Silverman greeting Adar for the first time.

P.S. Breastfeeding in public, and motherhood around the world.