How to Memorize Anything 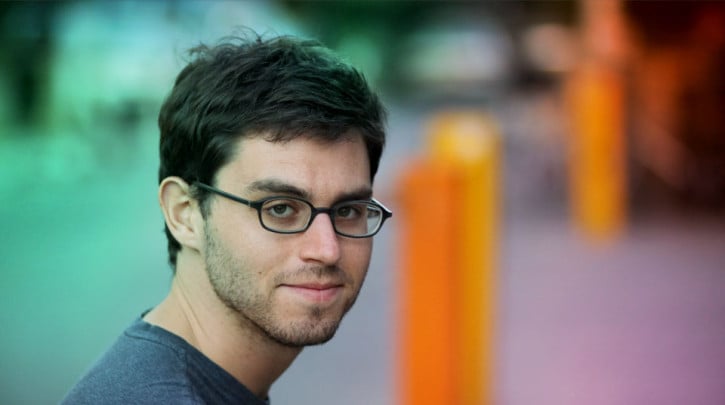 This is bats. That’s all.

30 COMMENTS
WRITE A COMMENT
Design
most popular
01
My Sister’s Home Makeover
02
Emma Straub’s Brooklyn Family Home Is a Book Lover’s Dream
03
What Are Your Top Three Books?
04
The Ultimate TV Guide (If You’re Looking for Something Great)
05
Behind the Scenes: Making a Magazine Cover
May We Suggest…
By Joanna Goddard
Design
Five Best Graphic Novels
July 7, 2020

I’ve definitely heard of the house (palace?) concept in the past but for some reason, this video is just way too overwhelming. Maybe I should try his book instead…

I’m learning Japanese so this is actually SO helpful right now! Thanks, Joanna!!

Simpler. Can you remember 10 digit phone numbers? Pick a 10 letter unique letter word, like binoculars, assign a name to each letter (eg Ben, Ida, Nick, Olive, etc), now memorize the associated 10 digit “phone number”. and just think you only have to remember 10 names/phone#. Of course with smart phone technology no one practices memorizing phone numbers any more.

Read his book, “Moonwalking with Einstein!” It is fabulous, fun read. He has you memorize a grocery list – I read this book in 2011 and I still remember parts of that list.

Way too complicated for me but it was fascinating to learn his process. I guess I’ll just have to settle for my 17 memorized digits of pi that I can still remember from high school. =D

This is so interesting! Agreed that it seems like more to memorize, but I suppose we all have our methods! I’d have to sit and write out all of the numbers and memorize the repetition of writing them…also a time consuming method :)

This was fascinating! A friend taught me part of the memory palace technique in order to remember things that I have to do. I’m really great about waking up in the night anxiously thinking of something I MUST DO tomorrow and getting up to write it down makes me wide awake so I can’t go back to sleep. This technique relies on placing an absurd image related to the task you must do, inside a familiar place, your house. Somehow the absurd image is easier for the mind to hold on to than the words related to a task.

So let’s say I wake up in the night and remember that I must call my grandmother for her birthday tomorrow. I’d think of walking into my house, and sitting on the front table is a huge old fashioned telephone with a wig of Grandma’s curly grey hair on top, blowing confetti through the hand set. I go to sleep and in the morning I feel like there’s something I’m forgetting. So I imagine opening the door to my house and Oh yeah, there’s the strange old fashioned phone sitting there, reminding me to call her because its her birthday. It works really well for me!

This is just confusing. I’m a synesthete which generally helps with memorizing, especially numbers. But this just seems way more complicated than just remembering the numbers.
I could imagine it working much better for memorizing things in the area of the natural sciences.

Okay, this makes me think of two things. First of all, have you seen the British series “Sherlock” with Benedict Cumberbatch as Sherlock Holmes? If you haven’t, you must (it’s the Sherlock Holmes stories, but set in modern-day London). Anyway, in it, Sherlock talks about his “mind palace,” so of course this video reminded me of him. Except that this guy is not as weirdly charming as Benedict Cumberbatch.

Secondly, when I was a kid, my dad bought me a set of memorization technique tapes to help me become a genius (only half kidding). The only thing I remember from those tapes now was that in order to memorize boring things, you had to make them unusual. Like, if my shopping list had bread and milk from the grocery store, then a replacement lightbulb and some wood glue from the hardware store (or whatever), I’d have to imagine something like being a loaf of bread diving into a pool of milk, resurfacing to find that I’m actually swimming inside of a light bulb, and the liquid isn’t milk after all, it’s wood glue. Something crazy like that.

It’s fascinating, I’m so often feeling like Dory in “Finding Nemo”. With technic, and work, it could pay, but as days still only have 24 hours maybe I will continue to read your blog instead and still feel sometimes “lost in translation”.

I had a friend who did exactly this in law school. I didn’t know that it was an established technique (and neither did he). However, instead of random images, he pictured lewd sexual acts. It worked very well for him though!

My reaction in letters: OMG. (and then) WTF!? Haha. I’m too lazy to figure out the number associations ;)

Seriously though, that was pretty crazy and pretty amazing. So funny that he considered this a sluggish performance!

I understand the visualization technique in theory, though.

I feel like I just had a psychedelic trip. Additionally, I feel very stupid.

This makes me realize that I am just too lazy to even think about using a technique to memorize things.
If only I spend as much time learning this technique as I spend reading your blog, this could actually work :)

I read Moonwalking with Einstein and LOVED it! I’m not normally big on non-fiction but I found it so interesting!

Wow!! I love this kind of stuff. There is a world for anything you get into. My brother was into unicycling of all things growing up and there was a whole world for that too. I guess the lesson is, find your interest or talent and go with it !

This concept is so interesting! I have a neighbor who has Aspergers and has a photographic memory. He won a pi memorizing contest when he was in high school…I’ll have to compare his technique! Also, William Alexander, the author of ‘Flirting with French’ used a similiar process to learn all the words in a French dictionary.

I think this is lovely, the feminist callout at the end of his mind palace was amazing! (fish riding a bicycle)

He has a great book about how he learned the process and his winning the US memory championship, that explains the concept a bit more clearly (“Moonwalking with Einstein”) This video is definitely a bit overwhelming the but the technique is actually pretty simple = just lots of practice to perfect it!

Uggghhhh this guy bored me to death. I’m fine with losing my keys and forgetting my grocery list ;)

I was about to say the same thing. His book is a nice read and less intimidating than this. It’s funny finally putting a face to the name though.

I got tired just watching that video, much less imagining and entire house full of random objects in a precise order.

It’s a good idea though, lots of people learn in different ways and I’m sure this would be a great method for someone.