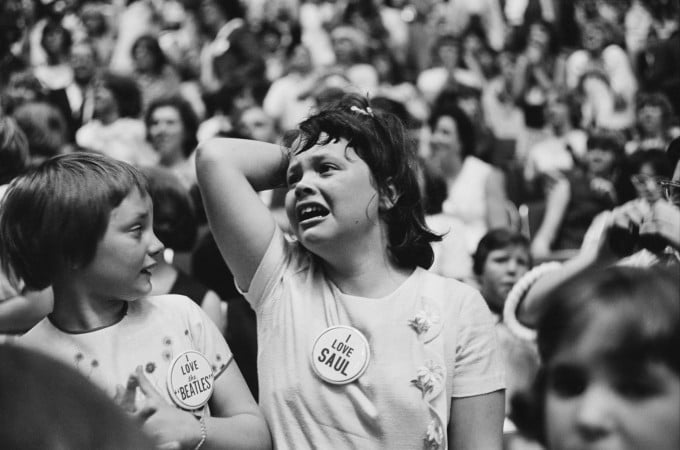 So, I’m curious: Who is your celebrity crush these days? Mine is a little bats (I think)… 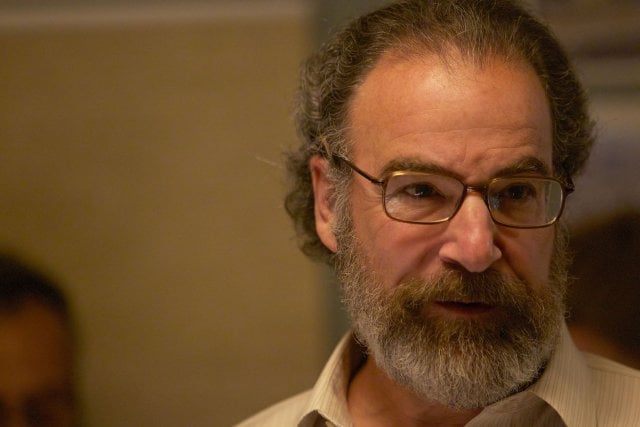 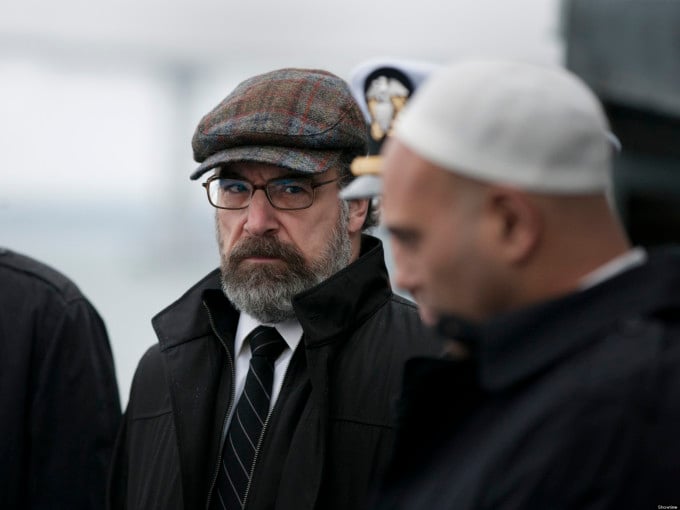 Is anyone with me here? He’s in his sixties, but there’s something about that deep-voiced, tweed-cap-wearing, status-quo-challenging, straight-talking, get-shit-done mentor that makes me crazy. Alex always teases me about having a crush on Quinn, but it’s secretly Saul that sends my heart a-flutter. (Plus, I already like older guys.) 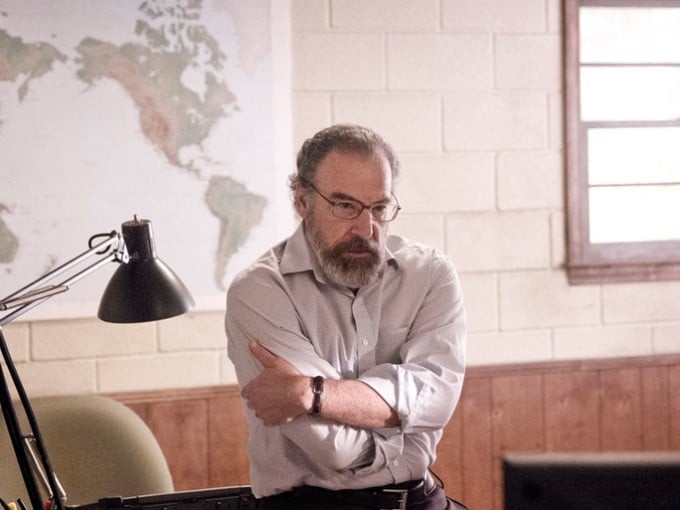 Interestingly, Mandy Patinkin, the actor who plays Saul, says he’s very different from the character: “Mandy is not calm. So that’s acting. I’m acting. And, I love playing someone calm.” 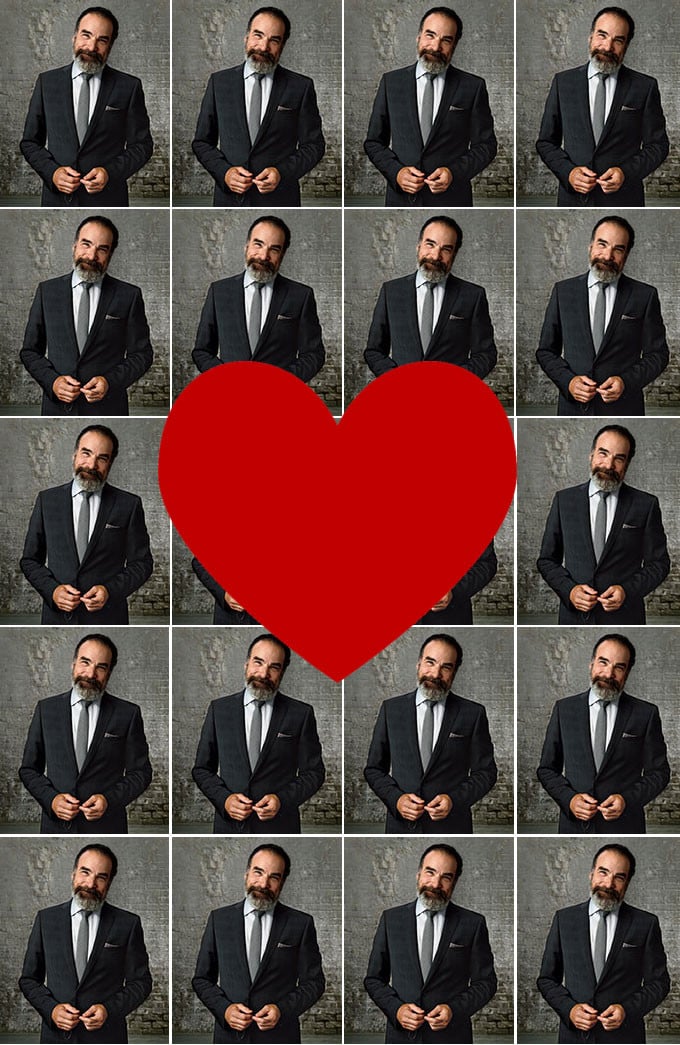 Here’s some wallpaper (or saulpaper???) for computers and phones that we made for those who also have a Saul crush.

Or maybe just for me.

Have you ever had a surprising celebrity crush? Spill the beans below…

P.S. What you’re really thinking when you run into an ex, and our last five celebrity crushes.

(Top photo by William Lovelace, with the button photoshopped by Miss Moss:)

Tags: celebrity crushes, tv
387 COMMENTS
WRITE A COMMENT
Relationships
most popular
01
Seeing My Body With Fresh Eyes
02
11 Wedding Dos and Don’ts
03
How to Write a Condolence Note
04
A Love Letter to My Anti-Anxiety Medication
05
How to Be a Better Listener
Subscribe
Login
387 Comments
Inline Feedbacks
View all comments
irene

i can so relate. i’ve been crushing on james woods since forever.

“Hello. My name is Inigo Montoya. You killed my father. Prepare to die.”

Ha! I’m 62, widowed for 11 years, and have been dating all these past 11 years. My problem, if you will, is that I’m simply not attracted to men my age. 40 year old guys have my undivided attention! That’s great for casual stuff, but I do wish that I could go crazy over an “age appropriate” man for a long lasting relationship like I had with my adorable husband!

OMG I love him on Homeland……but he’s a bit grandpa-ish :) lol

Jo, have you ever seen any Bollywood films? If so, try Sidharth Malhotra, Hrithik Roshan, Siddharth Narayan :D
Seriously, I only watch bollywood films for the eye candy :)

kevin kline, especially in “definitely, maybe.” as you can probably deduce, i also dig older guys.

Oh my goodness! I love Mandy Patinkin! I’ve seen him in concert twice. Love, love, LOVE him. Such a lovely choice for a celebrity crush.

Thought of you, Joanna, when I saw this incredibly moving video with Mandy this morning: https://youtu.be/tOwL89Tndk4

A powerful message from Mandy Patinkin
“I just don’t get it. I don’t get how people in different countries all over the world can be frightened of people who suffered so much, who are so in need, who are so desperately asking to have freedom, justice and dignity. Just give them a welcome.”

You can watch the International Rescue Committee video here: https://www.facebook.com/InternationalRescueCommittee/videos/10153802905983024/?fref=nf

David Anders at the moment, definitely. He seems to play the most charming villains I think.

I do find as I get older, so do my crushes. I’m really liking grey hair these days, too. I love Ben Afflecknwhen he has grey in his hair. But it’s hard to not have a crush on someone as cute as Bradley Cooper or Chris Pratt. Plus, Chris Pratt can train dinosaurs. Hello!

Oh my goodness! I can’t believe I’ve just read this. Saul is SO my crush of the moment…of the moment, who am I kidding? He’s been my crush since ep 1, season 1. I love him so!

Don’t tell my husband, but Sean Connery. I know I laugh too, but his strong character he played in Entrapment and his accent sent chills down my spine. I will also say Chris Hemsworth is worth a look or two!

Sam Shepherd, Robert Redford in ‘The Way we were.’ and MIchael Madsen in ‘Thelma and Louise.”

Just finished watching the last season of Gilmore Girls and right now i have this huuuuuuuuge crush on Rory’s boyfriend, Logan, played by Matt Czuchry.
Still can’t believe she said no…

I love Mandy Patinkin! He’s so good in everything he’s in, and he can sing, he was on Broadway. But James Marsden is always in the mix for me…dark hair, bright eyes, and he can sing too…

Jude Law in the movie The Holiday *swoon*

I have such a big crush on Jensen Ackles, that it becomes embarrassing. I think my friends on FB and Pinterest followers can’t handle it anymore, they’re probably on the brink of unfollowing me hahaha.