The Trick of Life 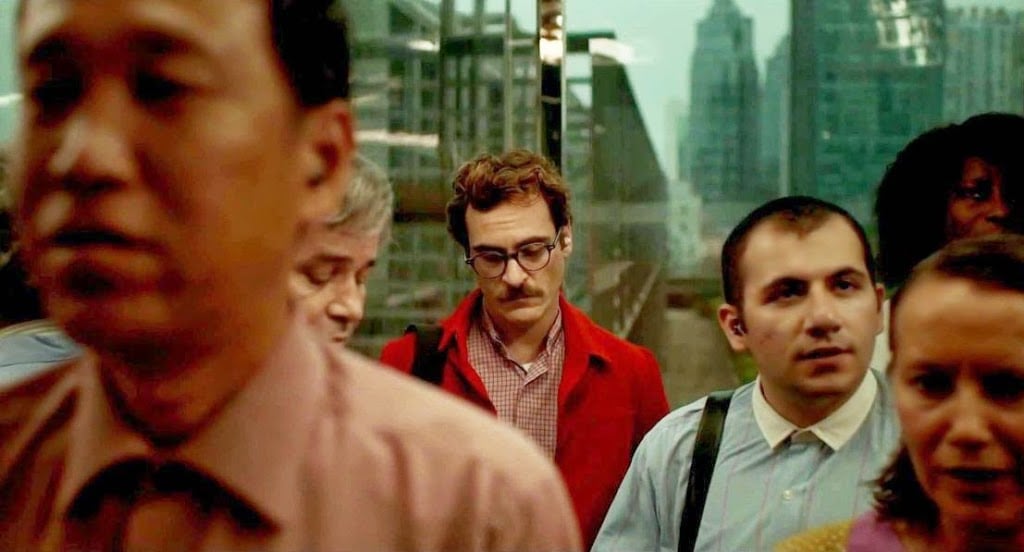 This article in the New York Times was so touching—did you see it? It’s written by a man who was struggling to finish a novel and suddenly having crippling panic attacks. (“Seven years into writing a novel, I started to lose my mind,” he wrote.) To make himself feel better—and quiet his mind—he did something counterintuitive: He started praying for other people.

Sitting on the bench by the river that day, I remembered having read in Reader’s Digest—a periodical my family has undue reverence for—that when you are feeling bad, one way to make yourself feel better is to pray for others. I began to pray for the people who were passing by. I prayed for the nanny pushing a stroller. I prayed for the young woman jogging by in spandex. I prayed for the little boy pedaling his bicycle. I prayed that each of them got the same things that I wanted for myself: that they have good health, peace of mind, financial security. By focusing on others and their needs, my own problems seemed less unique and, somehow, less pressing.

…I called my parents a few weeks ago on the second anniversary of my brother’s death. My father began telling me that he felt abandoned by my brother, that my brother’s dying feels like him leaving us. As he spoke, I started thinking: I love you. I love you. My usual response at this point would have been to tell my father that he needed to focus on the future, that what was past was past. Instead I told my father that he was wonderful, that he should think of how brave he had been to take care of his poor sick son for all those years, that his devotion had been heroic. However odd my reasons may seem, I am glad that I said this.

Are you religious? Do you pray for people? Even though I’m not very religious, I love this advice. Sometimes when I’m walking around the city or taking a cab, I’ll watch people go by, look at their faces and think of the complicated lives they must lead—all their worries, hopes and fears; how they might be planning a trip to visit their mom, how they might be reminding themselves to pick up a prescription, how they might be hurrying home to see their children. It makes you really love strangers in a funny way.

P.S. His article reminded me in some ways of Humans of New York.

(Photo from the movie Her)

Tags: grief, kindness
143 COMMENTS
WRITE A COMMENT
Relationships
most popular
01
Seeing My Body With Fresh Eyes
02
11 Wedding Dos and Don’ts
03
How to Write a Condolence Note
04
A Love Letter to My Anti-Anxiety Medication
05
How to Be a Better Listener
May We Suggest…
By Katie Jameson
Relationships
How to Honor a Lost Loved One During the Holidays
December 17, 2019

181 COMMENTS
By Joanna Goddard
Relationships
What Does It Mean to Think About Cancer as a Battle?
July 29, 2021

I usually do this and now somehow I find the reason why I feel happy and calm after I pray for someone else. That my problem is less unique. Sometimes it makes problem less pressing. Thanks for sharing this, Jo.

I have just discovered your blog and, in particular, this beautiful post. I have spent ages reading all the comments and my heart breaks for your lovely sister and the terrible loss of her husband. I hope she is feeling better and that life is beginning to shine more brightly for her as time passes.

I learned through a TED talk that money can buy you happiness, but only if you spend the money on other people. No wonder praying for others helps him.

I believe this is the talk: http://www.ted.com/talks/michael_norton_how_to_buy_happiness?language=en

Thanks for this post! This and many others are the main reason for my love for your blog. You don’t focus on the sunny side of life only, but also talk about difficulties, struggles and anxieties. No life is complete without them. So, thank you for making me feel whole as a reader by writing about the tough stuff.

Hi Jo, I just saw this and really loved it. Very beautiful – I do pray and I often notice that the times I am getting down is when I’m not *really* praying for others, or for the world, but rather just focusing a lot on myself.

I feel a little bit forward, but I wanted to share with you that, for some reason, your post reminded me of this: http://www.conversiondiary.com/2014/04/the-saint-of-the-nicu.html

I think it was your line, “Even though I’m not very religious, I love this advice.” I see so much goodness in your posts. Thanks for sharing your big heart and keep looking for the beauty and truth in people and our world :)

This is lovely; thanks so much for posting! :) I do practice this daily and it reminds me of the Buddhist practice of Tonglen and another practice called Ho’oponopono. Bill Moyers has also shared studies of how patients who are prayed for (without their knowledge) healed better after surgery then controls.

I am sittingon an air plane right now, the closest to strangers I will ever be. I really enjoyed this post for that exact reason. Thanks for sharing.

This is so beautiful Joanna! Sometimes just getting out of our own head and thinking of others is the most refreshing thing in the world. Thanks for sharing!

Something to think about…
Thank you

I am also religious (a practicing Christian) who also struggles with chronic illness (I was supposed to be dead in my thirties if we hadn’t caught it — something you would never guess if you saw me on the street) . Praying for others helps me keep my own daily, minute-by-minute struggles in perspective and prevents self-centered depression. I have been praying for your brother-in-law; hugs and prayers to you all, dear soul. <33

This has really made me think a lot. I find myself unintentionally lapsed from prayer lately. I tell myself it’s because I’m so busy, but truly I think it’s because I’ve been lazy and selfish. When I do remember to pray, I focus on myself, and it just falls flat. Since reading this article, I’ve tried to start praying for random people at random times. I don’t always remember, but I’m trying. It’s really sparking something inside of me again. I’ve been praying a lot for your brother-in-law, sister, and family. I just can’t imagine. I don’t always know what to pray for though. Sometimes I just say “please”. I think God knows what someone needs when I don’t. I just pray that he delivers what is needed, be it peace, acceptance, courage, or healing. Thank you for posting this.

This is so beautiful, it is also a great reminder that when we care for others we are also caring for ourself.
Thank you fro sharing!

When we were going through infertility treatments and the struggle to have a baby in general I turned to focusing on the needs of others, to the point of going on mission trips throughout the country. It helped both my husband and I tremendously to get through that period. Now that I have a toddler on my hands I am thinking this will be a good game plan again!

Wonderful article, thank you for sharing.

So sweet. I sent to my husband and parents. My Dad said it reminded him of something he heard: Prayer doesn’t change things. It changes us and then we change things. Love that.

I’m not religious, but strangers have long fascinated me, exactly how you described – wondering what they are thinking, where they are going, whether or not they are happy. People watching, especially since I’ve moved to a big city, is a favourite past time for me. This reminds me of how calming it is to take my mind off of myself and focus it on others. While I don’t do this through prayer, I suppose in a way it is similar.

I think of this all the time, I am always amazed at the courage and strength you see in other people, it gives me so much solace to know that we’re not in this alone.

I think of this all the time, I am always amazed at the courage and strength you see in other people, it gives me so much solace to know that we’re not in this alone.

I love this. Reminds me of Vonnegut’s “sonder” which is a word he made up to define “the realization that each random passerby is living a life as vivid and complex as your own”