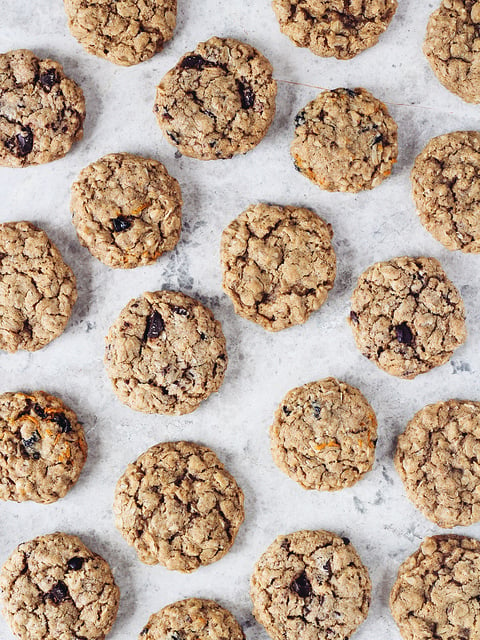 As a huge chocolate-chip cookie lover, I used to scoff at oatmeal cookies. I mean, oatmeal? But when they’re done right, they’re rich and chewy with a cinnamon kick, and, dare I say it, rival even the best chocolate chip cookie. Here, Ashlae from Oh, Ladycakes shares her favorite family recipe… 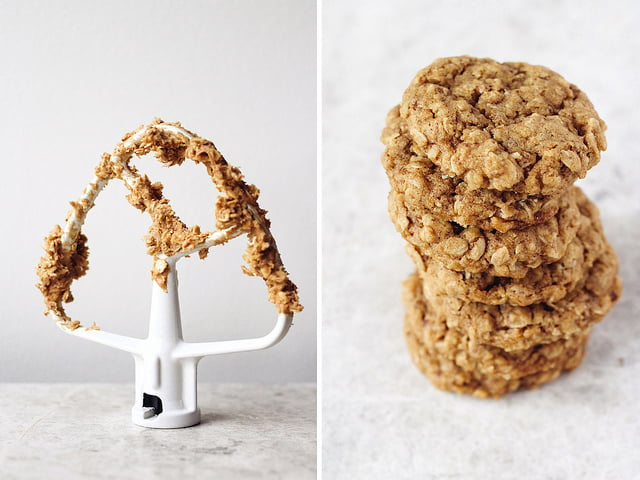 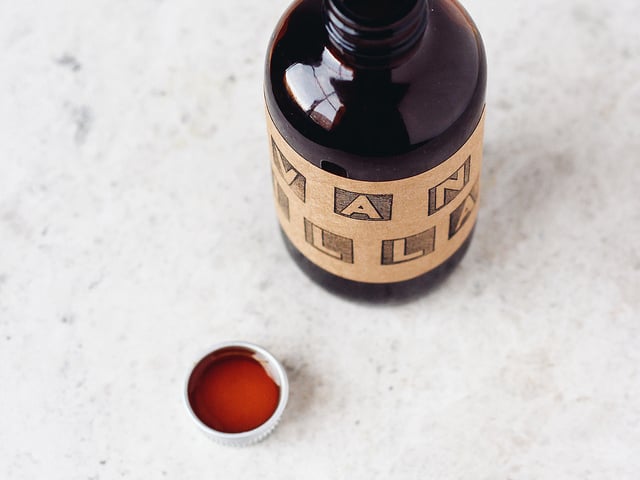 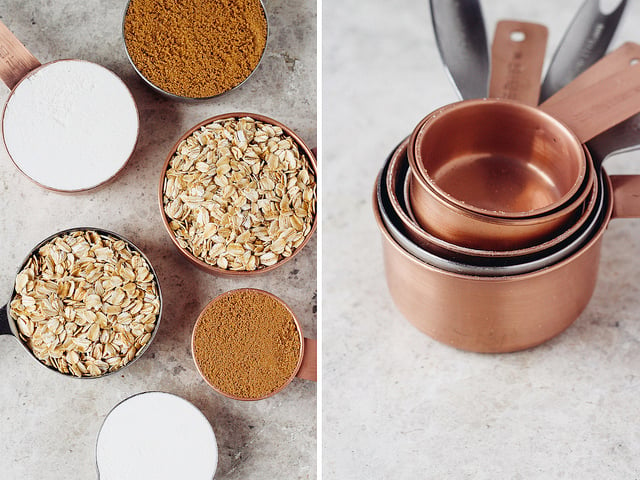 The Best (Vegan) Oatmeal Cookies You’ll Ever Have
by Ashlae of Oh, Ladycakes

I’ve been making this oatmeal cookie recipe since I was four years old. Granted, a majority of the time I was merely the honorary oat stirrer while I watched my great-grandmother do all the tough work. But still, I’ve grown up with this recipe. And since I’ve been making these cookies on my own, I’ve adapted the recipe to fit with my dairy-free (and sometimes gluten-free) diet.

I prefer my oatmeal cookies slightly crunchy on the outside and chewy on the inside—and the handsome guy I share my life with does, too. If you prefer yours soft and chewy, I recommend storing the cookies in an air-tight container for a few hours before consuming. Or replacing the flax egg with three tablespoons of soft silken tofu (no, really—it’s the softest cookie you’ll ever eat). If you’re on Team Crunchy, bake the cookies for 10 minutes and store them in a not-so-air-tight container for keeps.

NOTE: These cookies can easily be made gluten-free by substituting a gluten-free flour blend or the unbleached flour. If you’re not into the whole vegan thing, you can replace the non-dairy butter with real butter (better yet, ghee) and the flax egg with a large egg. I highly recommend trying to get your hands on muscovado sugar because even though brown sugar is an acceptable substitute, it’s just not the same. To change things up a bit, toss in a few spoonfuls of good quality, chopped dark chocolate and cacao nibs. Or zest from an orange (or two) and a handful of dried cranberries.

What to do:
In a stand mixer fitted with a paddle attachment, beat the butter, sugar and vanilla extract on medium-high speed for 2 minutes, scraping down the sides as needed. Add the flax egg and mix until just combined. In a small mixing bowl, whisk together the flour, salt, baking soda, baking powder and cinnamon. Add the mixture to the wet ingredients in two parts, mixing on medium speed after each addition. Once the flour has been incorporated, add the oats and mix until just combined. Wrap the dough in plastic (it will be sticky) and refrigerate for at least 2 hours—this allows the oats to absorb moisture from the dough.

Once you’re ready to bake the cookies, preheat the oven to 350F. Line two large baking sheets with silicone mats or parchment paper; set aside. Using a medium cookie scoop (1 1/2 tablespoons), drop the dough onto the prepared baking sheets, leaving about 2 inches between each cookie. Press cookies to flatten to about 1/2″ then bake at 350F for 8 minutes. Allow cookies to cool on baking sheet for two minutes, then transfer to a cooling rack. Store in an air-tight container. Cookies will keep for up to three days. 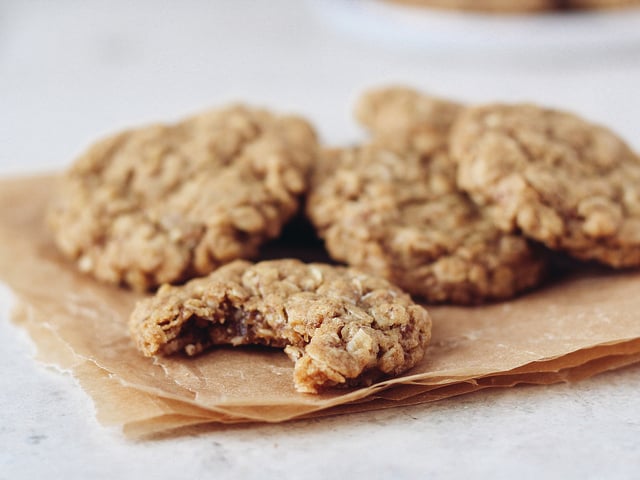 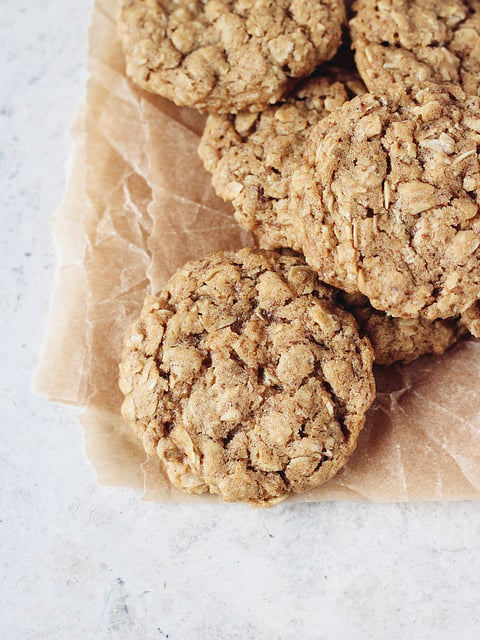 Thank you so much, Ashlae!

(Photos and recipe by Ashlae of Oh, Ladycakes. Thanks to Shoko for helping with this series.)

I have made these cookies (and shared the recipe) countless times, and there are one of the best ever! One time I couldn’t find this post because I had an old link and I nearly panicked. Once I found it again, I pasted the recipe into my own archive so I don’t ever lose it. Thank you for sharing this delicious (and so easy) recipe!

Very excited to try these as our Christmas Cookies this year! Couldn’t get the specialty ingredients, but I added cherry craisins and slivered almonds and used almond flour. Thanks!

These turned out great! My son requested oatmeal cookies, and he said these are perfect! I especially appreciate that the recipe is vegan! Thanks!

A little late to the game, but yummmmmm. I made these with what I had on hand: brown sugar instead of the muscovado (but will definitely try them with next time), half of a banana instead of a flax egg, and no parchment paper. Can’t wait to try them with more quality ingredients.

my search for oatmeal cookie finally ends here after i tried this recipe.

I double and triple-checked my ingredients, but my cookies turned out to be very dry and crumbly. Didn’t like them. I used butter but substituted the sugar with stevia (sugar aggravates my skin condition). Could that be why? I won’t be making these again.

Sorry to hear that, Zoe – but the stevia substitution is certainly why they didn’t turn out.

Just made these- non vegan version though(!) yum!!

These are truly delicious Joanna! I just baked them and ate two of them even though it’s late night now:) I have used non vegan recipe with butter and egg. Yummy! Had a bit of trouble in converting all those cup sizes to european size, but I think it worked ok. Much recommended to everyone! Enjoy! Ewa

hi Ashlae, thanks for the recipe! Question: I don’t have a stand mixer. Can I use a hand mixer?

Just made these today and did the non-vegan recipe. YUM these turned out great!! Although I didn’t really bother to read the entire set of directions – I just jotted down the ingredients and followed my gut with mixing technique (creaming sugars, liquids and dry ingredients separately, etc). Yum thanks for sharing! I’ve already eaten FIVE by myself.

Just tried these and they’re a runny mess. Yikes. Maybe I missed a step?

I would argue that this recipe Emily Deschanel (from Bones) shared with CNN a while back is the best oatmeal vegan cookie. I’ve made them multiple times and my mom swears they’re the best cookies she’s ever had…period!

This is awesome. My son is allergic to eggs, so I’m definitely going to try this out. A “flax egg” doesn’t always work well as a baking substitute for a real egg, so I’m glad this one is tried and true!

Sorry Joanna, but my mom was officially crowned the queen of oatmeal cookies when I was in kindergarten and thus, her recipe is and will always be the best oatmeal cookies.

Although a very lovely variation was created by a woman in my hometown and they’re a chocolate chip cookie/oatmeal cookie hybrid called “Tweety Cookies” and they’re effing boommmmmbbb. And I mean that literally, definitely not vegan as they’re made with about a pound of butter.

My apologies if this sounds ignorant but I have to wonder why all the mixing is kept to a minimum/what impact this has on the final result! -?

As a vegan, I really appreciate you posting a vegan recipe. Please post more vegan recipes and fashion in the future. And, Jennifer Bailey, with all due respect, vegans don’t eat fake food. We eat real food. Vegan butter is just made from plant oils as opposed to cow’s breastmilk. :) But, for those who’d like to avoid nondairy butter options, can I recommend coconut oil? I use it in all my baking and it just adds that extra smooth richness. Delicious!

+10 for the coconut oil suggestion. It would probably be KILLER in this recipe, especially if you used orange zest and dried craisins…*dreamy sigh*
Man, I would make that right now if I hadn’t just finished off my old fashioned oats.

Yes, thank you for the civil response, Joselle. I am shocked at the vitriol toward a vegan recipe. I mean, come on people! Get over yourself. If you want to use real butter, use real butter. No reason to spew insults to those of us who don’t. Also, there are many reasons a person may be vegan, including an allergy to milk protein.

These sound delicious! The only thing to make them healthier would be swap the chemical laden fake butter with real organic butter. :)

Is it possible to make a non-vegan version by using real butter? Yum!
Cheers! from,
http://www.mychampagnesunday.com

Way to promote your shitty website. No one on this thread is interested because we LIKE the fact that this recipe is vegan. You need marketing training 101.

Wow! These look and sound amazing! Definitely saving the recipe and can’t wait to try them!!!!

Just gotta add some chocolate chips to the oatmeal cookies, those are the best!

I agree with you Danhiskka! hydrogenated vegetable oil tastes disgusting and is way worse for your arteries, the environment nad basically everything than butter

Thank you SO much for posting a vegan recipe!

Love Ashlae and her blog way too much. These sound perfect :)

thank you jo! i have been craving chocolate chip oatmeal cookie this week – now i’m going to get to it!
xx
http://petalandplume.blogspot.ca/