Why Do Kids Cover Their Eyes When Hiding? 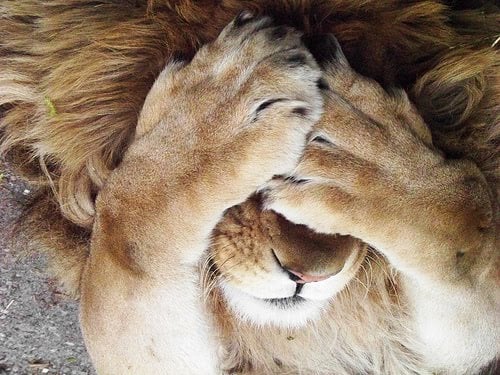 You know how children often cover their eyes when they want to hide? Well, Cambridge researchers wanted to discover why, and here’s an amazing quote from their findings…

“In both studies so far, when the children thought they were invisible by virtue of their eyes being covered, they nonetheless agreed that their head and their body were visible. They seemed to be making a distinction between their ‘self’ that was hidden, and their body, which was still visible. Taken together with the fact that it was the concealment of the eyes that seemed to be the crucial factor for feeling hidden, the researchers wondered if their invisibility beliefs were based around the idea that there must be eye contact between two people—a meeting of gazes—for them to see each other (or at least, to see their ‘selves’).”

How sweet is that? Children are fascinating. 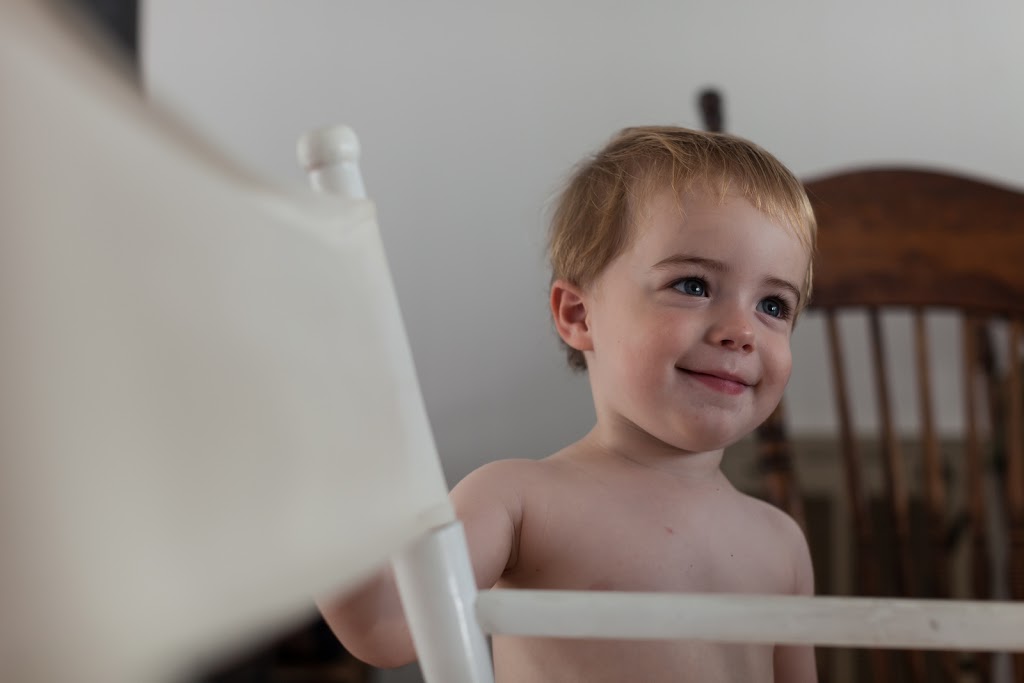 Tags: baby, toby
54 COMMENTS
WRITE A COMMENT
Motherhood
most popular
01
21 Completely Subjective Rules for Raising Teenage Boys
02
Best of: Parenting Around the World
03
Trying Out Slow Parenting
04
How Did You Know You Were Ready to Have a Baby?
05
Three Transgender Kids Share Their Stories
May We Suggest…
By Joanna Goddard
Motherhood
Motherhood Motto
May 11, 2020

264 COMMENTS
By Joanna Goddard
Motherhood
What Was the First Meal You Ate After Giving Birth?
August 23, 2021

I took the lion photo that you are using on your blog. Please contact me about adding a photo credit.

very interesting! my daughter does this a lot ! kids are so fascinating ! :)

This is exactly what my son did! He’d cover his eyes and thought he was invisible! So cute! Of course I pretended I couldn’t see him :)

When my 21 month old son takes something he’s not supposed to have (my already broken by him glasses, mobile phone, etc.) he’ll run as fast as he can to another room, lay down on whatever he has, and hide his eyes in his arms. He’s so cute and if I wasn’t so afraid he was going to destroy whatever he’s hiding, I’d take a picture!

This is so interesting, Joanna. I’ve seen my daughter do it, and it’s always made me chuckle. But this bit about their distinction between the self and the physical person is fascinating – opens up a whole new conversation altogether.

This is in line with what Jean Paiget, a popular developmental psychologist theorized when he suggested children before age 2 years have not mastered representational thought, in particular object permanence. Basically object permanence is the cognitive abilities to realize and understand that even though objects or people cannot be seen any longer, they still exist……a basic ability to make a mental representation of an object/person. For infants prior to 2, ‘out of sight, out of mind’ is actually true!

I think it probably has to do with the desire of not be seeing by others. Adults act in a similar way when, for instance, they enter in a small public place and see someone who make them feel uncomfortable(for any pesonal reasons). We often react trying to go out from there quickly, although we have already been saw, but we hope anxiously that they haven´t…

Love this post. And also, Toby’s getting to be such a little man!

I think we can learn from it = WE are not defined by our bodies. WE are what’s inside of them. Kids are smarter then us.

that is facinating. and it is also one of my favorite things my son does. I’ve also noticed he does it with his toys. when a stuffed animal is “hiding” sometimes part of it is still visible, but the head is covered (or when it is one of his cars the front is covered). guess that fits the study as well…

just as Mildred said I didnt know that anyone can profit $4669 in four weeks on the internet. have you seen this site http://www.taz3.com

That’s lovely!!! Thank you for sharing. In my psych class we’re been talking about the development of the ‘sense of self’ and I’m going to share this with the class, tomorrow!
But, I must say that I was hoping you might post a bit about the election for this motherhood monday. Perhaps you don’t want to be too partisan but THIS ELECTION IS SO IMPORTANT FOR MOTHERS–and WOMEN, as a demographic. I’d love it if you still posted something tomorrow. (I must say, I am not a mother. I am a 16 year old girl–but I can tell you that for me, and my generation (I am including Toby in that:) this election is incredibly important. I see it as a choice to either continue moving forward toward greater equality and (economic, environmental) sustainability, or to move backward on social issues and forward into a middle-class-less society.

I studied Early Childhood Education in college and this stuff was always the most interesting for me—children’s perception of self. It is so fascinating….

So interesting! I learned something similar in college called “Theory of Mind.” Basically, it’s what gives children the ability to see another person’s point of view. If they are hiding their faces and can’t see you, they think you can’t see them. Once they develop theory of mind, around 4-years-old, however, they know that you can see them even when they can’t see you.

I’m super interested in how this works with this new finding! Thanks for sharing that.

Your Toby looks more and more like you as the days go by!

That is really fascinating! It makes perfect sense! Thank you for always posting these interesting facts, Joanna!

Seriously? That is so amazing and funny! :)
http://www.FaShionRoLLa.com

That is fascinating! Our oldest has a hard time making eye contact (he has high-functioning autism) I wonder if by not looking people in the eyes he feels more hidden and secure.

I’m totally sucked in by your posts today (pretending I can actually multi-task with getting my work done) But this article seems pretty true. My brother still teases me about a time when I was younger and would cover my eyes when we were playing hide and seek because I thought that I was invisible when I did it. Not the smartest 16 year old (kidding… I kid. I think I was probably 4 years old, but with a crazy dreamy imagination that placed me directly in denial of the world around me!)

Wow, this is amazing!! And those photos are soooo cute! xoxo

I first realized that when I read this book (http://www.amazon.com/Mothers-Day-Mice-Eve-Bunting/dp/0899197027) because the littlest mouse squeezes his eyes shut when there’s an owl overhead. He thinks if he can’t see the owl, the owl can’t see him. I thought, ‘How silly!’ as a child, then realized I did the same.
It makes sense when you think about the fact that when we actually occlude ourselves, as soon as we can’t see who we’re hiding from, it’s less likely that they can see us.