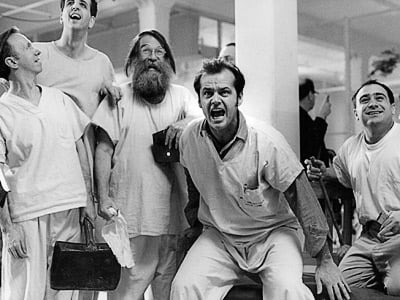 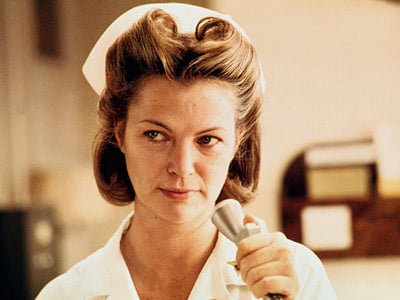 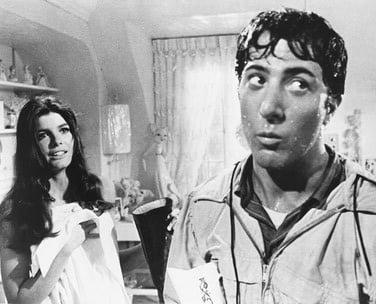 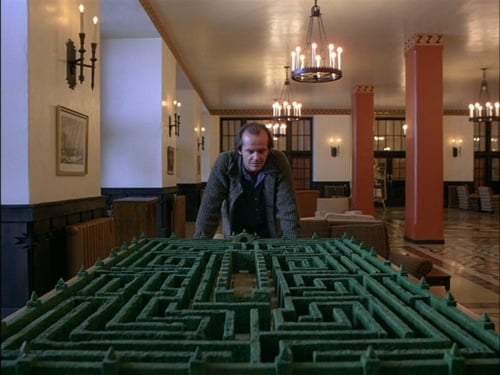 I love a good club (documentaries, articles, picnics), so I was psyched to get this email from a reader named Emily:

“My friends and I have started a Cinema Club where we’re watching all our dads’ favorite movies. It’s been such fun already, and the dads (none of whom know each other) get such a kick out of being so important in their twentysomething daughters’ lives…especially since they all live in Australia while we live in London! We’ve watched One Flew Over the Cuckoo’s Nest, The Graduate, Casablanca—and Lexi’s dad’s choice was Van Wilder! Hilarious choice from a 60+ university professor…”

What a brilliant idea, right? Would you do it? What do you think your dad would pick?

P.S. The Shining as a romantic comedy.

Tags: genius, movies
63 COMMENTS
WRITE A COMMENT
Design
most popular
01
My Sister’s Home Makeover
02
John Derian Lives in a Sea Captain’s House
03
What Are Your Top Three Books?
04
The Ultimate TV Guide (If You’re Looking for Something Great)
05
Behind the Scenes: Making a Magazine Cover
May We Suggest…
By Jenny Rosenstrach
Design
What Are Your Top Three Movies of All Time?
June 25, 2019

927 COMMENTS
By Joanna Goddard
Design
Would You Start a Movie Club?
March 2, 2021

This is such a cute idea- you could do it for books too!

My dad’s would be Ice Station Zebra. Not that he neccissarily loves the movie but very time he’s tried to watch it (at least 5 times!) something has happened at the climax of the movie (when the sub breaks through the ice). The power cuts out, the video is damaged, the satellite breaks…etc etc. some of them quite ridiculous! He believes he will die one day never knowing the end of the movie, so it would be great to watch it and be able to tell him :)

My friends and I have a movie night (Thursday nights). We pick a category every week and then vote on the nominations. :)

That’s such a brilliant idea. I like it a lot and would love to try it.

Aww, this makes me miss the movie club a high school friend and I had back when we were in college. He’d host a foreign film night when we were home during the summers, and we’d try to get other people to go, but no one else really got into it, so we were pretty much the only members! :-P

Wow Joanna this club sounds really fun.Well it’s sad that my dad is not a movie person but hey i have an uncle whose just like my dad and his all time favorite is “The Godfather” and i haven’t seen them all yet!This club is a good motivation and it’s weekend so perfect time to do that!
Happy watching friends!

I love this! My husband actually loves these old movies too. Really fun.

My dad’s favourite movie is The Princess Bride. How weird is that? But I do love this idea!

I want to do this too! It sounds so fun, and then you can call your Dad and talk about the movie! My dad would pick either Stand By Me, or Top Gun for sure. What a boys-boy. Too bad he had two girlies!

For sure an old western. i will ask.

This is a fantastic idea. And with 8 housemates this year it could be the perfect weekend activity!

This is such a wonderful, original idea! I think my dad’s favorite film is A Clockwork Orange, which I really don’t care for. Bummer. I love the concept though.

I don’t even have to ask my dad, I know it would be The Dirty Dozen! I’ll probably always love that movie just because of that :)

the life of brian is my dad’s favourite movie and one of my favourites too!

oooh GREAT idea! my papa would pick dances with wolves, chariots of fire, forrest gump, or anything with barbara streisand in it.

One time my dad thought he was renting me a movie about spies and the IRA and what he actually rented me was The Crying Game. He really didn’t remember that one quite right.

But for him, Blade Runner would probably be close to the top, followed by The Magnificent Seven :)

I LOVE this idea! My dad would be so touched to be inspiration behind a night in with the girls… I am definitely going to start this in Chicago with my friends from home and college!

I really love this idea! I would so love to be apart of one. My dad loves all those old war films, you know the ones that are still in black & white. And any movie that involves a ship. I recently saw that he watched Tripoli.

I love this idea, but I don’t think my dad likes movies. :( Hockey Night in Canada is more his style. I would love to have a movie club though.