Race Matters: 7 Women Talk About How Race Affects Their Friendships 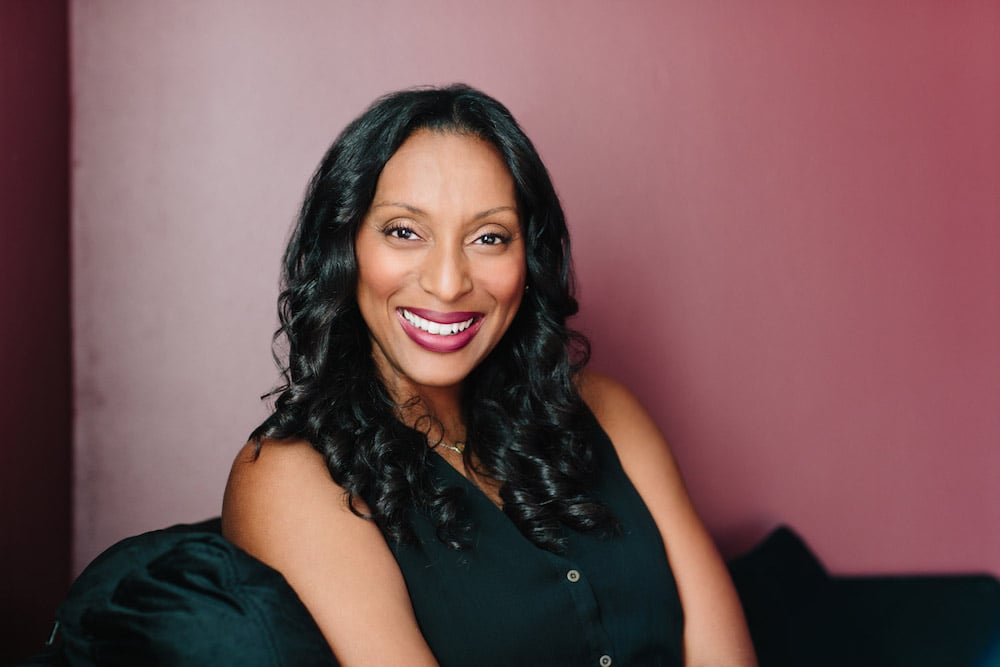 Welcome back to our Race Matters column. This installment starts with exciting news…

I wrote a novel about race and friendship, with my writing partner Jo Piazza, and it comes out today! We Are Not Like Them is about the lifelong friendship between a Black woman named Riley and her white friend, Jen, and how they’re forced into a painful reckoning after Jen’s husband is involved in the shooting of an unarmed Black teenager. 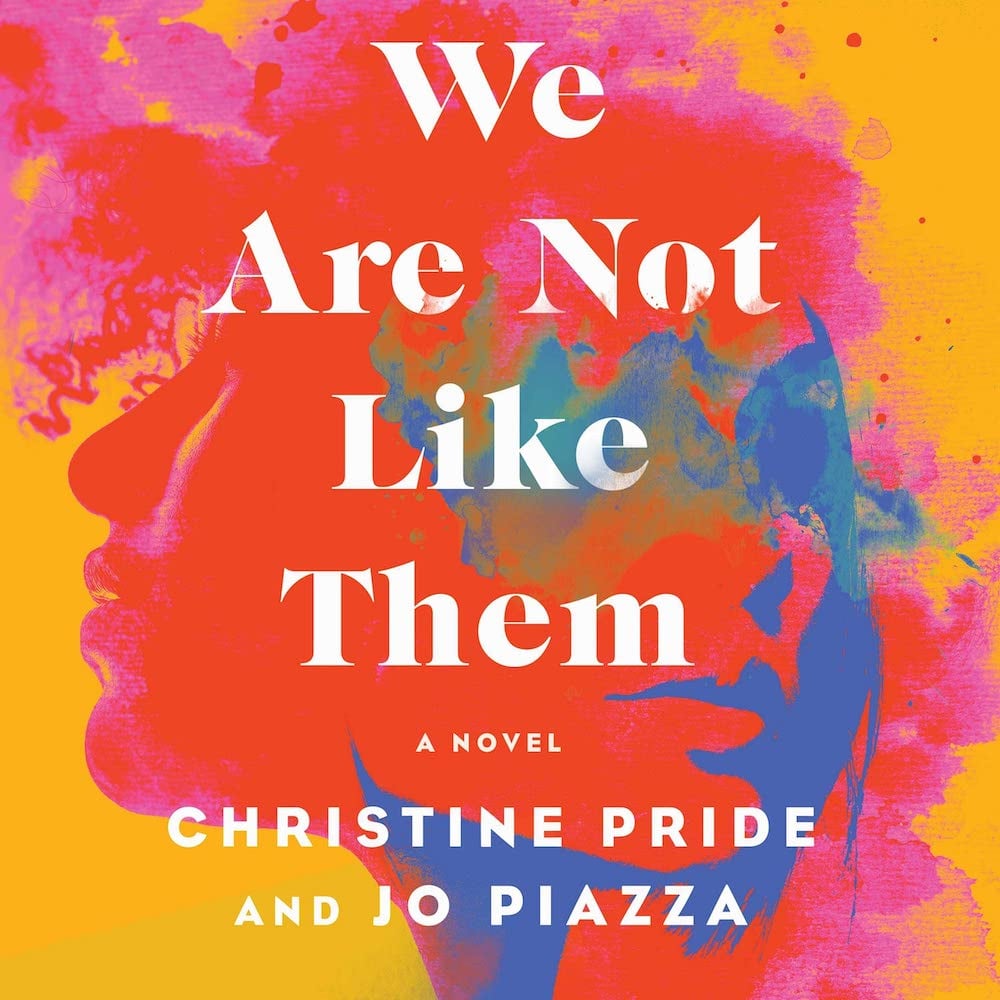 Ahead of the publication, I created a book club of my friends to talk about issues the book raises, including how our lives and relationships have been affected by race in America. The seven of us, all in our forties, are two white women (Julie and Kate), three Black women (Shauna, Felicia and myself), one bi-racial woman (Denise), and one Latina woman (Jen).

Below are some highlights of the conversation, and I hope it inspires you to gather in your own circles and tackle some of these questions. 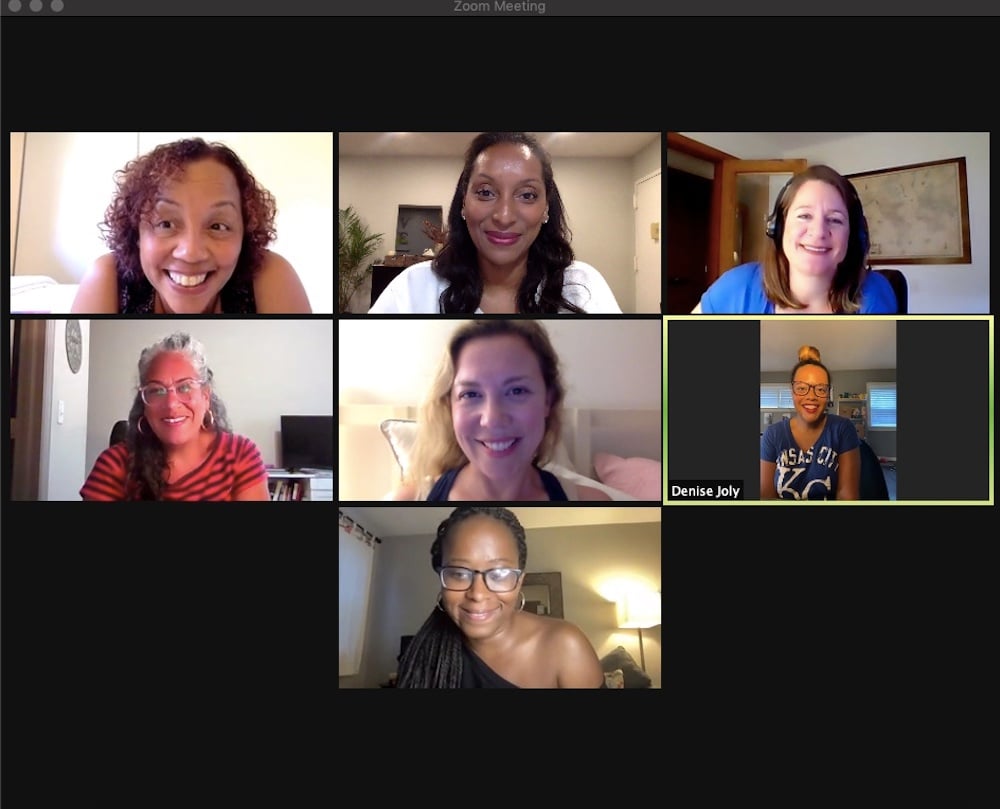 Christine: One thing that strikes me, looking at your beautiful faces, is how diverse our friendship circle is. I came across a startling statistic that 75 percent of white people don’t have a friend of another race. Our friendships, then, are more exception than rule. Do you think that’s an accident? Or were we intentional about creating diverse friend groups?

Felicia: Can we take a second to define ‘friend’? I think some people are like, I’m friends with Susie at work because I go to lunch with her, but that’s not what we’re talking about here, right? And also by diverse, we mean different racial/ethnic backgrounds, right? Versus class or gender or sexual orientation, etc.

Christine: Yes, for the sake of this discussion, we’re talking racially diverse and deep friendships — talking on the phone, sharing intimacies, etc.

Denise: Geography is a big factor, I think. My Midwestern hometown was 97% white. I identify as Black (even though my mother’s white), but my friends growing up were almost all white, except for one: Pam, who’s Indian. And if I had stayed there, like a lot of my high school friends did, I would probably still have the same friends — almost all white. But I moved to Columbia, Missouri, for college, and there were all these Black people there. As a kid, I was never really around Black people and I had developed bad feelings about them/us. That’s awful to say, but I subconsciously absorbed so many stereotypes from the White people around me — Black people were poor and lazy and didn’t get good grades. And then I made all these new Black friends at college who were elevating themselves and going places and duh not like any of the stereotypes fed to me in my small town.

Jen: When I moved from New York to Oklahoma, I found that Tulsa was primarily Black, white and native. Being from Argentina, I was one of the few Latinx people and everyone assumed I was Mexican. I tried to explain to a white co-worker about her classifying anyone remotely brown looking or Spanish speaking as ‘Mexican,’ and, you know, it was instant fragility and tears. I had to be intentional and seek out friends.

Kate: Besides geography, I think a lot of friendship circles become diverse because one person is the linker. Like, I became close with all of you through Christine. Diversity begets diversity in the connections you make. But it’s hard to make friends, period; and then I think it’s even harder to say, AND they should be different from me, you know?

Christine: Exactly. People often want to make friends with people of other races, but one question I get a lot is how?

Jen: When I started at NYU, I consciously tried to connect with different types of people. For example, I joined the Latino club on campus, and the college’s different cultural clubs interacted and supported each other’s events, so you got to know other folks. When I moved to Tulsa, in the Bible Belt, I sought out a multiracial church, which was the most intentional thing I could do to meet other non-white people in a mostly white city.

Kate: Being from Maine, which is one of the whitest states, I never had a Black friend growing up. Even in college, I had mostly white friends. But when I started working in New York, it felt like an opportunity to learn about other people’s experiences and perspectives. At my first job, for a non-profit, I was often the only white person in the room. I was uncomfortable at first. But the irony is, many white people get uncomfortable because they know if the situation were reversed, how dangerous that could be. And so they assume the same level of vulnerability is true for them. So much of expanding your relationships is about getting over fear — even if it’s just fear of social awkwardness.

Shauna: It’s funny, I was the opposite. I grew up with all Black people in Oakland, California, with activist parents, and I wanted to go to an HBCU, but my dad encouraged me to go to UCLA, so I’d be exposed to more white people to ‘know what America is really like.’ It was a culture shock, but UCLA was also pretty segregated, and I was involved in all the Black student orgs, so I was still in a bubble. One way I’ve made connections as an adult is through social media. I’ve tried to expand my circles online by reaching out to folks I wouldn’t otherwise meet.

Denise: For me, being biracial meant I always felt ‘different,’ no matter what crowd I was in. So, from college on, I gravitated towards people who were ‘different’ in some way, too. If you stay in your own bubble, you get comfortable with everyone thinking like you and you can just get stuck. So, I would say you have to be open to people who are different from you, and maybe most people aren’t open? They think they are, but they aren’t.

Christine: The seven of us talk about race with each other all the time. But in your other relationships and friendships, does it come up?

Julie: My core group of friends from college is all white, and it never comes up. I honestly doubt they think much about race, so I don’t even bring it up. I feel like as a white ally, I should, but I don’t. Probably because I’m scared that I’ll be disappointed by their reactions, to be honest.

Felicia: I felt that way at boarding school. But I was like, these white girls are my only friends; and if I as a Black person bring something up, it will make everyone uncomfortable or they’ll say something awful and then I’ll have no one. I mean, I went to parties with confederate flags! And no one said a word. Looking back, it was really toxic and I’m still unpacking all the effects. I wasn’t truly myself because I felt I couldn’t be. I never want my kids to feel that way.

Denise: That’s the hard part because if you can’t be your true self, how can that be a friendship? But sometimes it’s hard to open up about how hard being Black can be. You just don’t want to be gaslighted, you know? Or made to feel like you’re overreacting.

Jen: I once confronted a white friend. We were super close; I spent tons of time with her family growing up. And a few years ago, she posted on Facebook this rant about how people in America should speak English. I pointed out how I found that offensive, especially since she knew (and loved) my mother who never learned English well. She got so defensive…the fragility thing we were talking about. And we haven’t spoken since.

Felicia: What kills me is, we’re damned if we do and damned if we don’t. Because people are like, We should talk about this. Tell me if I do something wrong; I’m listening, learning, etc. And then if you do say something, it’s like, well, I don’t want to hear any of this. Or why are you complaining? Or I didn’t mean it that way. So, then you’re back to, why did I bother?

Kate: This reminds me of a time when a friend called me out. He’s gay and I unintentionally said something offensive. When he confronted me, I could see how messed it was, and I apologized profusely. He appreciated it, and I think our friendship got stronger because he felt safe saying something.

Jen: That’s such a good example of what we were talking about, Kate, because it’s almost like the offense of saying something problematic is one thing. And then the reaction is something completely different, right? Most times I find the reaction more problematic than whatever the original thing was.

Christine: One thing I’m finding fascinating (and nerve-wracking) about publishing We Are Not Like Them is how people are going to have vastly different reactions based on their experiences — this conversation just reminds me of that.

Shauna: Well, that’s what makes it amazing — people will come to this book with such different experiences. Like, my dad was beaten almost to death by the police at a protest in D.C. He raised me with such a fear of the police. One time, I drove down to L.A. with my friend, and our car broke down, and I was terrified to call the police. My family ingrained in me over and over again under no circumstances do you get into a police officer’s car. And to memorize their badge numbers and make sure that somebody is there to witness your interaction. Black mothers live with that fear every single day.

Felicia: I also think that people are hopefully more comfortable thinking about their own roles within racism, in a different way than even three years ago. Although I laugh at the number of times my young white co-workers have told ME about what it’s like to be Black, quoting research and every scholar and whatnot. I’m like, yeah, I know!

Kate: I feel like the two ways you could talk about the book are about the individual experience versus the structural. I think for a lot of white people, they look at their own individual situation and think I’m not a bad person, I didn’t personally have unfair advantages, and it’s hard to see it’s a lot bigger than you.

Julie: I wonder if the book will make people think about how little they talk about race. Maybe I should get my college friends to read it. It’s easier to talk about a book than the news, even if it brings up the same subjects.

ALL: You should! Let us know how it goes.

Thank you so much, Christine. Congratulations on your wonderful book.

By Christine Pride
Design
Race Matters: “How Does It Feel to Be One of the Few Black People in Your Industry?”
August 5, 2021

48 COMMENTS
By Christine Pride
Relationships
Race Matters: “As a White Woman, Can I Adopt a Black Child?”
February 18, 2021

236 COMMENTS
By Christine Pride
Relationships
Race Matters: “On the Anniversary of George Floyd’s Death, How Do I Stay Hopeful?”
May 25, 2021