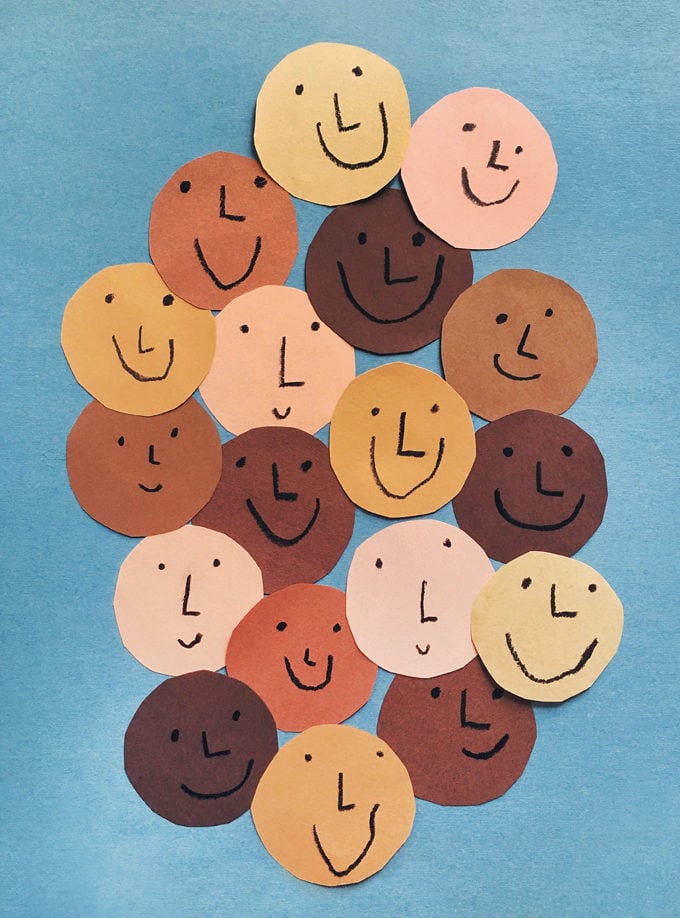 Cup of Jo has been running for 13 years (!) so we’ve decided that every week, we’ll be highlighting one of the most popular posts from the past. Here’s one that’s more important than ever, originally published on October 3, 2016…

As a mother, I’ve always wanted my children be kind to everyone and accept people without biases or stereotypes. I figured that by being “colorblind,” or not calling attention to race, I was showing them that everyone was equal. But then I read a Washington Post article that explained that a colorblind approach may actually do more harm than good. To further educate myself, I spoke to Lori Taliaferro Riddick and Sachi Feris from the fantastic site Raising Race-Conscious Children, and here’s what they told me…

Lori identifies as black/biracial/multi-racial, and Sachi is a white Jewish woman of Russian, Polish, Lebanese, Syrian and Cuban descent. They each have two children.

Sachi: Parents can be so nervous of making a mistake that they avoid conversations about race. They make an assumption that the topic hasn’t come up for their kids yet. But that’s not true. It’s easier to imagine that kids aren’t seeing things we aren’t comfortable with, versus that they’re observing the world around them with a higher level of accuracy than we notice or want them to.

When reading a children’s book, you might say, “I see a picture here and it has three little girls and one has pale skin, and we call that white, and we’re white, too, and there’s another little girl with brown skin.” We’re just saying the words, just like we’re saying the sky is blue. Ultimately, before you can teach more higher level critical thinking, you have have this language in your toolbox.

Lori: With very young children we often point out the colors of buses, fire trucks and grass, as we teach them about the world. We’re naming all these things, but we’re not talking about people’s colors. In some ways, it’s really odd that there’s this whole description that we’re not addressing. It teaches kids that race is not okay to talk about. When parents are silent, children make up their own stories as to why.

Sachi: Parents often ask which words they should use to describe skin tones. We advocate for using both types of words — actual skin tones (like “brown” or “peach”) is more descriptive and more accurate to what we actually see; but I use the words “white” and “black” even though it is a social construct just to break it down for my children. If I don’t use those words, it’s harder to talk in a larger way about race in our society.

Lori: Some parents will say, “I don’t want to mention that someone’s black,” and I say, “Black people aren’t upset that they’re black.” I think it’s important to dispel that idea.

ON STARTING A LARGER CONVERSATION ABOUT RACE

Sachi: As a white woman, I had never heard the term “white privilege” until I got to college. I don’t want my children to learn at 18 that white privilege exists and is very real. I want them to understand that as children. It’s hard for them to understand they’re little people who can make a difference in the world and their immediate lives if they don’t have the awareness to talk about it.

We don’t expect any family to have their first conversation on race or racial justice when another tragic media story comes up about the police and a black person. That’s not the place that anyone can start if they haven’t been building vocabulary and comfort and confidence before then.

Black Lives Matter was a tangible and easily accessible place to engage a young person. I might say to my children: “We live in a world that’s unfair. People are not treated the same all the time, and that has to do with how we look sometimes. People who are white don’t have to worry about this, but people who are black do sometimes. We’re treated differently based on our skin tone; we don’t want the world to be like that, and it’s important to us to stand up to this. We don’t want to live in a world where people who are black aren’t safe.” The concept of fairness and unfairness is a very tangible thing for a three- or four-year-old!

I’m organizing a small gathering with some neighbors to make Black Lives Matter shirts with fabric markers, and window signs, in honor of Wear Out the Silence. For me, this is a concrete way to get my children in dismantling white privilege in however so small a way.

Sachi: With books about race, there are two types: a diverse cast of characters that’s sort of the point of the book [like Everywhere Babies], and our goal there is to name race. And then there are books that talk directly — Let’s Talk about Race by Julius Lester or The Colors of Us by Karen Katz.

Lori: It’s also important to have books that have characters of color and yet aren’t about race — to normalize the idea that that’s enough. [There was a great Slate post about this, too.] These stories of everyday people are worth telling. For example, Ezra Jack Keats books are wonderful. [Here are more children’s books with characters of color.)

People Colors Crayons also allow students from different colors to represent themselves and others in their artwork in a way that traditional color schemes did not. They’re useful in supporting students’ exploration of race and color. Also having a diverse set of toys — both black and white dolls, for example.

Sachi: My daughter knows she’s white. I’m not sure when I knew I was white, not when I was four. It’s not like it’s this rigorous thing where you’re doing something wrong if you don’t talk about race every day, but the more experience I’ve gained as a parent, the more of a daily experience it is for me. If I walk by the basketball court by my house and see that most of the kids playing that day are brown-skinned boys, if I don’t break it down and say some days we see a more interracial group and sometimes we see girls playing, then I am letting my child see that stereotype every day.

ON SEEKING OUT A DIVERSE COMMUNITY

Lori: Having a diverse friend group is important, as much as it’s possible. Of course, we work with some folks who are just in homogenous neighborhoods and that makes it difficult. Interaction helps children, in particular, break down biases they would have otherwise believed. We might join a soccer leagues or swim team that is more diverse. Try to find a church with people who aren’t the same color as you. There are opportunities to do things that are more integrated – there’s value in seeking them out, if that’s important to you.

More posts by Lori and Sachi:

* How to Ask Questions About Differences.

* Children Are Not Colorblind

* How Silence Can Breed Prejudice (This quote jumped out at me: “Silence about race removes the opportunity for children to learn about diversity from their parents and puts it in the hands of media and misinformed peers. Television, movies and video games are full of stereotypes, and over time children pick up on these. They see blacks portrayed as criminals, Hispanics as uneducated service workers, Asians as unassimilated foreigners, and whites as powerful CEOs. Without discussion about the errors in these portrayals and a conscious effort to expose them to counter-stereotypical examples, children will unwittingly adopt these images as pieces of evidence of how the world is supposed to be, and these pieces become a breeding ground for prejudice.”) 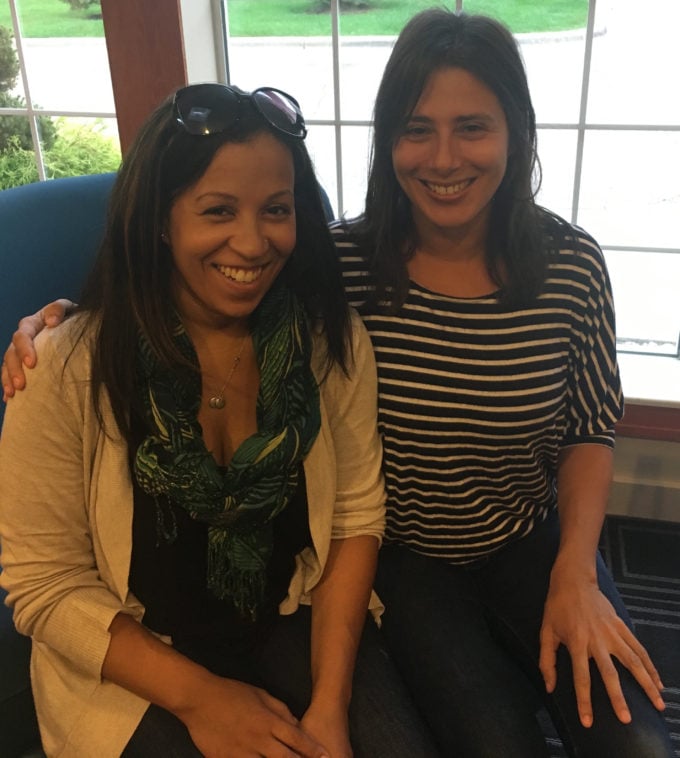 Thoughts? How do you talk about race with your children? Do you have any other ideas or suggestions? Thank you so much.

P.S. 5 books that teach kids kindness, and children’s books with characters of color.

(Illustration by Erin Jang for Cup of Jo.)

By Joanna Goddard
Motherhood
What Little Things Enchant Your Children?
May 18, 2020

373 COMMENTS
By Joanna Goddard
Motherhood
A Dying Mother’s Letter to Her Daughters
February 4, 2019

184 COMMENTS
By Jenny Rosenstrach
Motherhood
Would You Rather, But Better
April 27, 2020