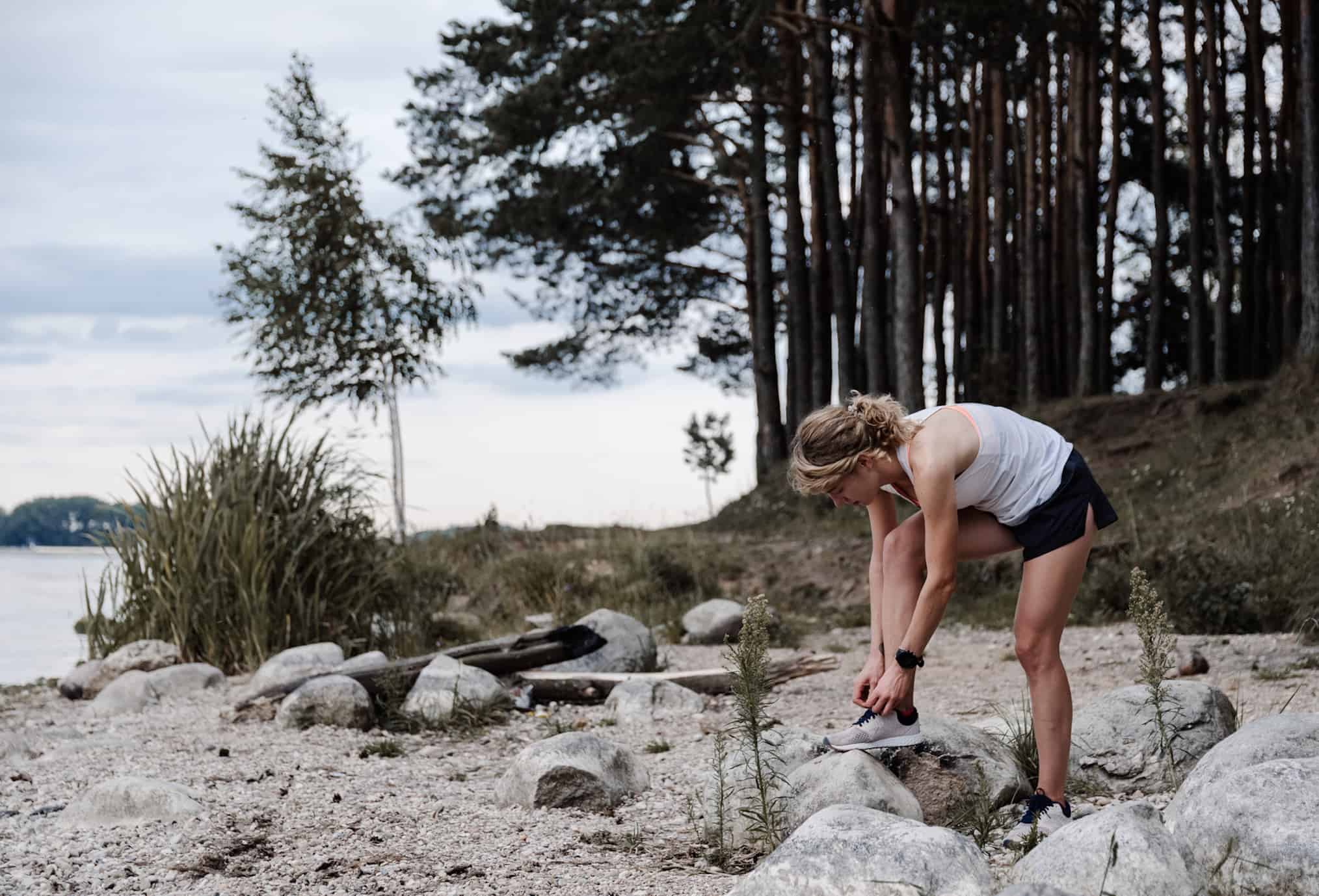 When I was in college, my roommate, Kristi, convinced me to go to the gym with her. I remember feeling intimidated. I was slight, pale and Goth-leaning with oxblood lipstick and zero muscle tone. I was certain everyone could tell I was an imposter in borrowed Lycra.

I reluctantly climbed on the bike next to hers and started pedaling. The gym smelled like sulfur and boiled ham but apart from that, it wasn’t too bad. In fact, it was almost kind of fun. I thought the point was to go as fast as you could so I pedaled like a beast on blurred cartoon legs.

Kristi warned me to pace myself but I felt fine. I remember thinking: This is my first time at a gym and I am on fire! I am going twice Kristi’s speed and she goes to the gym every day! Might we even be talking… Olympics material? After forty-five solid gold minutes, I slid off the bike in triumph.

But as I strolled over to the water fountain, a curious thing happened: I noticed that my legs had turned into rubber bands. All gym sounds suddenly muffled and before I knew it, I slithered down between two bikes and passed out cold. I was driven back to my dorm in an ambulance. In front of my crush.

And that was it for me.

For years, I thought Health belonged to the Health Nuts: the SoulCyclers, the Vegans, the Celery Juice Drinkers, the Run-Every-Day-No-Matter-What-ers. Health was owned by people like my friend, Jamie, who did a yoga headstand while in labor with her second child.

Good for her, I thought, and yahoo for all those other people, but I did not inherit that gene. I fell more into the camp of Those Who Dream About Their Next Meal. And Those Who Love Rainy Days because pressure’s off to go outside and do something fun… you can read all day and not feel guilty!

But somehow as I grew older and maybe a little wiser, after I had my children and my joints got creakier and words like colonoscopy slid into my vernacular, my lens on health began to shift. Health did not have to mean Athletic. It did not mean Perfect Body Mass Index. Or that I had to eat seeds or even stand on my head.

Health was so much bigger than that. It was mindful. It was about being curious and observant in the moment, noticing the world around you. On an evening walk, for example, you might discover the way the last burst of sunlight illuminates the leaves on the trees, shimmying like gold spangles on a costume. Or appreciating how good it feels to peel off a sweat-soaked bra and step into a hot shower after strenuous, albeit shaky, yoga. It’s giving yourself permission to close your eyes for 20 minutes on a day you really need it, no matter how busy you are. It’s daring yourself to leap with exuberance into a cold ocean. It’s observing your capacity to fill your lungs with air, grasping the gift of being alive.

It took me a long time to realize that these things belonged to me, too, and not just the preternaturally fit.

It’s safe to say I am never going to race the Tour de France, and in fact may never hop on anything that even resembles a bicycle, but I’ve discovered I’m pretty great on my own two legs. These days, I walk a lot, giving myself little goals and rewards. For example, I’ll walk three miles to the farmers market for a bag of fuzzy peaches. I’ll walk my dog neighborhoods away to do errands for which I would have previously taken a train. Last weekend, I wandered over to a touristy street dotted with boutiques stocked with the kind of glittery gowns one might wear to the Oscars. Walking into one, I surprised myself by grabbing an armful of dresses, each more outlandish than the next. The old me might have picked my flaws apart while standing in front of the giant mirror. But current me had a blast, giggling to myself in my sneakers and sturdy, albeit unshaven, legs.

I’ve come to realize that being healthier is happier and well within my control.

Lisa Rubisch started her career at MTV and now directs commercials and music videos for major brands at Park Pictures in New York. She has written other essays for Cup of Jo, including one that made us cry.

P.S. How to be present and riding bikes with babies.