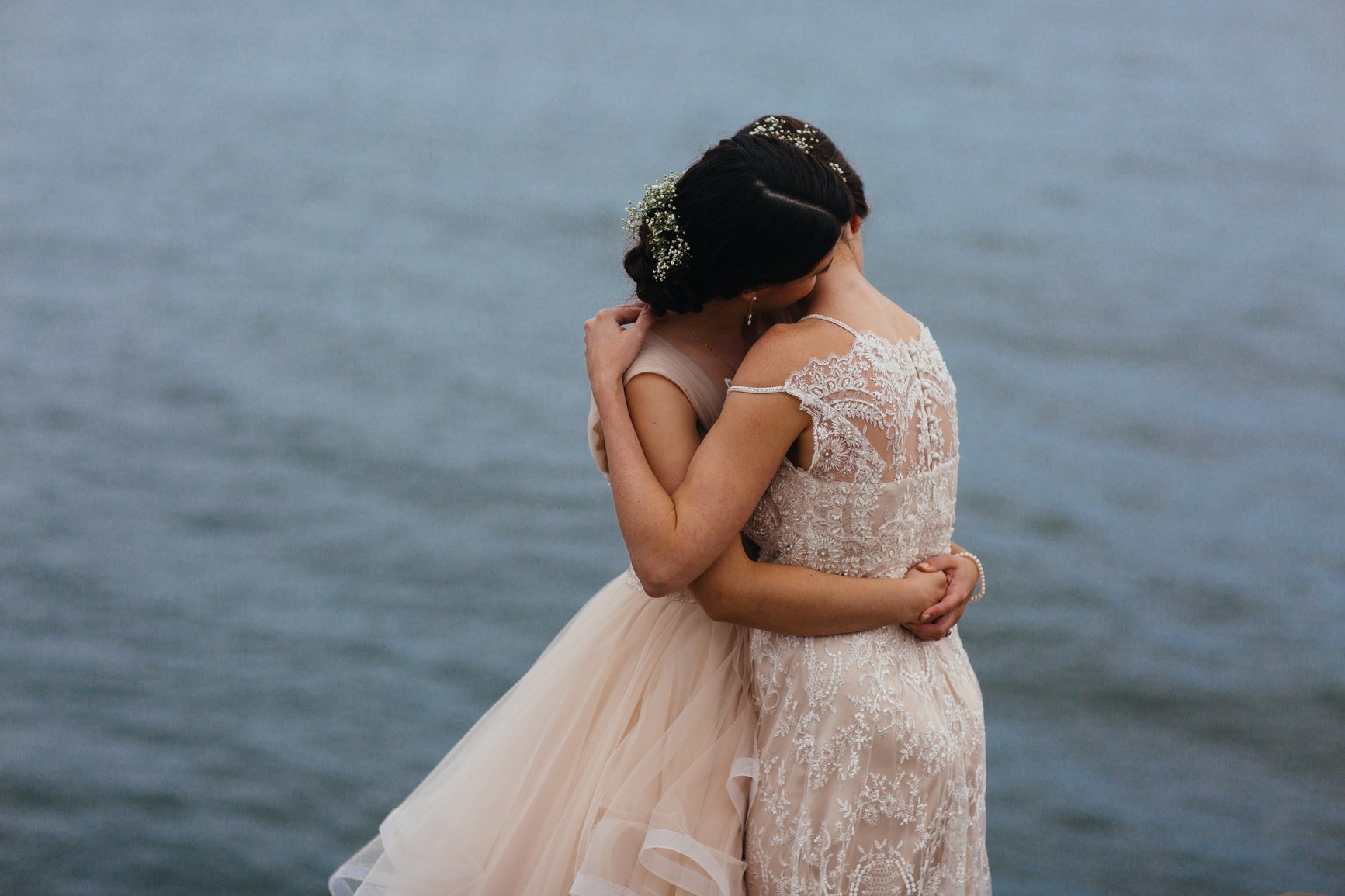 We love the Cup of Jo community for eight million reasons, but one is the stories you share in the comments section. Here are nine reader comments on romance (we laughed, we cried!)…

On the moment they knew

We’d been together (long distance) for three months when Valentine’s Day hit. I flew to him that weekend and told him if he did anything romantic, I’d throw up. He took it to heart and we had a family birthday brunch for his grandmother’s 85th birthday, followed by a surprise Valentine’s Day package at Medieval Times. As we sipped champagne from branded flutes and ate turkey legs and posed for pictures and laughed at the absurdity, I knew he was special. Hours later at a dive bar with our friends, there was one bite of queso left and I said, ‘You take it, I love you more than cheese.’ It was then I knew — it was true. I love cheese but I loved him more.” — Lauren

“Even before we started dating, I knew he loved me because of the way he looked at me and observed me going through life in my early twenties. Then, one night at a friend’s party, I starting raving about this ‘mood ring’ app I used on my phone. I was going on and on about how it was always accurate. He played along and took my phone to try. When he did, the mood ring read IN LOVE. It had never done that before, so it felt poignant and hilarious. It was like a cosmic confirmation that what we were feeling was real.” — Joni

“My girlfriend surprised me on my birthday with a WhatsApp-d photo of a cup of tea, captioned ‘I made you a present.’ We don’t live together, and I suddenly realized the photo was taken in my kitchen. She then appeared in my bedroom, with the tea, to tell me she had put pastries in the oven and had borrowed her dad’s car to drive me to work.” — Katie

On knowing just what to do

“Honestly, one of my favorite gestures from a recent relationship was this: even though he was enthusiastically and exclusively a dog person, this man followed three different cat Instagrams just to send me funny posts.” — Veronica

“I had appendicitis and asked my then-boyfriend to bring some pajamas in. He brought his own beloved jammies in and said I could borrow them. (He has had the same ones since he went to boarding school — they were his only winter pair and very precious AND supremely comfortable from a thousand wash cycles.) That’s when I knew he was the one. Two weeks ago I borrowed them again when I went into the hospital to have our first baby.” — Alex

“Recently, my father’s already weak heart became much weaker, and he landed in intensive care for 10 days. My siblings and I gifted him a tablet since he was stuck in a hospital bed. One night, my dad texted me around 11 p.m. asking if I was still up. I called him and he said, ‘I love this tablet you guys got me — it was so thoughtful — but I can’t figure out how to watch Netflix and it’s driving me crazy.’ I tried to walk him through it over the phone but he’s definitely not the most tech savvy guy and he got frustrated. My husband was lying next to me in bed, and he whispered in my ear, ‘Tell your dad I’m on my way.’ He threw some clothes on, drove to the hospital, convinced security to let him into my dad’s room (even though visiting hours were over) and proceeded to sit with my dad and patiently show him how to use his tablet. He didn’t leave until my dad drifted off to sleep around 1 a.m. Romance comes in all shapes and forms.” — Kaysie

“A few years ago, I discovered an entirely new level of romance. I suffered a depressive breakdown and was suicidal. My husband was incredible. He showered me. Picked me up and drove me around so ‘we could be sad somewhere different for a while.’ Screamed, ‘Hey, World, stop being an asshole’ out the window with me. Sincerely congratulated me for the tiniest wins on my road to recovery: ‘Hang on, you washed a teaspoon and showered? That’s impressive.’ Supported me financially and shouldered the stress of my recovery on top of his own life. For four years, he prioritized me completely. He helped me find glimpses of myself days when I struggled to see who I was. He was the caretaker of my personality until I could connect with it again. This kind of love is really hard to describe. To me, it is pure romance. We are so strong now. I would absolutely step in front of a bullet for him. In some ways, he already has for me.” — Jessica

On the love of friendship

“At my mother’s funeral, her best friend gave a speech that included the line ‘a friendship is its own love story.’ I have thought of that line every day since. It has made me appreciate how my female friendships are some of the most complicated and significant and fulfilling love stories of my life. I was just 24 when my mom passed away; since then, her best friend has become a godmother figure to me. We have a special friendship that transcends generations, and we are bound by our love for my mother and each other. I feel so grateful to my mom for bringing us together and giving me that gift.” — Arielle

On just getting each other

289 COMMENTS
By Joanna Goddard
Relationships
The Most Romantic Poem
March 28, 2019