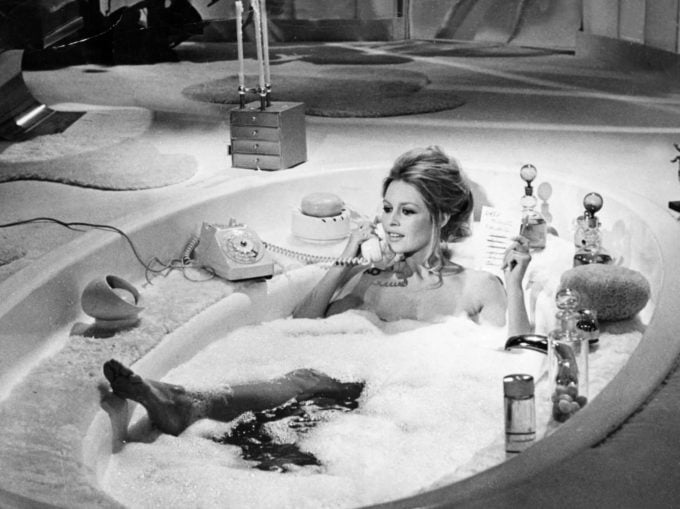 Last week, I had a video call with a person in a bathtub…

Lest you picture a tub full of bubbles, or worse, the danger of possible electrocution, allow me to set your mind at ease. She was fully clothed, and the tub was dry — a good thing considering this was a business call and we had never met before. “I’m hiding from the rest of my family,” she hissed, her voice echoing off the tile. “Honestly, sometimes I feel like I’m barely holding it together.” It was one of the more refreshing interactions I’ve had lately, both for the frankness of her admission and also for the confirmation that I am not alone.

“Oh, that’s nothing,” a friend said, when I relayed the story. “I usually take my calls from the toilet. I mean, not while I’m using the toilet, but I work from the bathroom when nowhere else in the apartment is quiet enough.” Another friend, who shares a studio apartment with her partner, will sometimes set up shop on the floor of her oversized closet.

Backdrops aside, a lot of my virtual meetings these days have come with some very amusing cameos — pets, children, home deliveries at inopportune moments, roommates moving furniture in the background. On more than one occasion, I have emerged from the bathroom after a shower to discover my boyfriend’s video conference in action and needed to army crawl across the room to avoid being seen in a towel.

As for our household, my boyfriend (whose job involves videoconferencing from morning ’til night) and I (the silent, writerly type) have been “exploring creative solutions” for working from the same space. Over the summer, in search of something resembling private office space, he set up a very attractive waterproof stadium tent in our backyard. (Sorry, neighbors!) As amusing as it looked to his colleagues, the scene grew even more so when he discovered how much the tent leaked when it rained. A few weeks later, we watched from the living room window as the whole thing blew away during a storm. We later rescued it from the neighbor’s yard, but that was the end of that.

Perhaps I can sell him on the bathtub.

What’s the weirdest place you’ve taken a call recently? Do you have any funny moments to share?

P.S. Things to do on a conference call and do you have a personal ritual?