Do You Have a Personal Ritual? 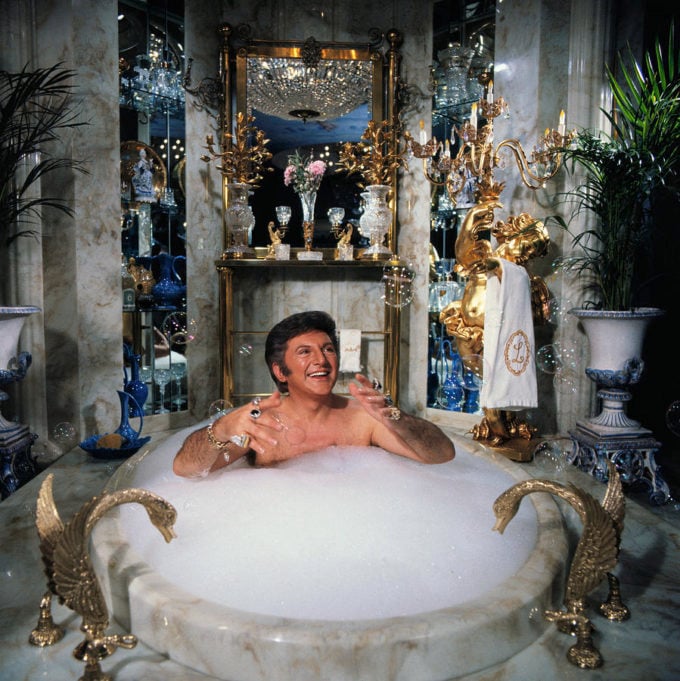 When I was a child, I heard a story I’ll never forget…

My mom’s friend had a personal ritual. Every Thursday night, she would come home after a long day of teaching dance classes. Then she’d climb into bed with a carton of vanilla ice cream. The end.

This story stuck with me not because of the ice-cream-in-bed part, though to my child self that did sound pretty good. For me, the real hero of this story was the solitude. Because a ritual feels extra special when it is just for you.

On Sex and the City, Carrie Bradshaw references her “secret single behavior” — eating Saltines with grape jelly, while standing up in her kitchen, reading fashion magazines. “It’s weird, but it just feels great,” she says, causing TV watchers the world over to nod their heads in recognition. But the enjoyment of such behaviors isn’t only for single people — it is simply about being alone.

Personal rituals run the gamut from mundane to offbeat:

My friend Krystal draws a bath twice a week. “I burn a candle in the dark,” she says. More than anything, she relishes the fact that, because she is afraid of dropping her phone in the tub, it is a pocket of enforced screen-free time.

Says Mo: “On summer Fridays, I paint my nails and then take a hot nap (without the AC on), with my still-wet nails resting on my stomach. It’s my thing.”

On Sunday evenings, to combat the dread of the impending week, my friend Sarah watches HGTV home shows while eating Trader Joe’s Unexpected Cheddar paired with a glass of red wine. “There is something about the sameness of it that really calms me,” she explains. “Like how Starbucks always tastes the same, no matter where you are.”

Commutes count, too. “Every day, on my subway ride home from work, I listen to the Homecoming album,” says Kim. “It makes me feel empowered and reminds me of how hard I’ve worked to get where I am. The healing powers of Beyoncé.”

After over a decade living alone, I’ve developed an array of personal rituals (applying face masks! baking brownies! listening to music while lying on a yoga mat!) but the easiest to point to is reading tarot cards, which I’ve done since I was 10. I’ll pull a few cards each day, which gives me time to reflect and to check in with myself. And while this definitely isn’t a secret (hello, internet), it’s not something I usually talk or write about. Because in the end, a personal ritual is exactly that: personal. And that is all that matters.

Do you have a personal ritual? And if so, will you tell us about it?

P.S. A list of simple pleasures, and do you have a hobby?

By Joanna Goddard
Relationships
The Crazy Thing We Did at My 40th Birthday Party
January 31, 2019

This is the most reassuring piece (and comments section) to read in the time of COVID. So many sweet, simple, and usually very social-distancing-friendly ideas!

Yes. A comforting read during the lockdown like a mug of hot tea❤️

When I first read this, I couldn’t think of any rituals I have. But now I realize I do have them! Every night before bed, I like to unwind by watching asian cooking/homemaking videos. They are kind of like ASMR videos, very soothing, with focus on the sounds and beauty of everyday tasks. Here are a couple I follow:

Also, when I am able to work from home and could use a refresh, I like to turn on the headspace app and meditate after lunch. It always puts me straight to sleep for a nice quick power nap :)

OMG! I just discovered these as well! So soothing right before bed or whenever I’m feeling the stress of a work deadline, when I take a few minutes to watch one of these…

Haha, I’m delighted that I’m not the only one who feels soothed by those youtube videos. Just right when I’m feeling sad or burnt out.

Omg that first channel! Jaw-droppingly beautiful and so soothing! Thank you so much for sharing those links. I might or might not but definitely will spend this entire weekend watching them.. Sounds about right for ringing in month 9 of quarantine.

Every Sunday, I read the NYT wedding announcements. Then I read PostSecret.

Once each weekend, I take myself to a solo brunch at Watty and Meg where I read Royals Roundup, eat Huevos Rancheros and drink a cocktail of my choosing. I call this “running errands” and it usually precedes shopping for something yummy to cook for dinner.

My special ritual usually has to happen rather quickly (it’s contingent on whether or not I can occupy my preschooler and my almost-toddler while I do it) — but I find that the mornings I manage it I tend to then go on to have happier days.
The ritual is this:
After breakfast, I get the kids occupied in the living room.
I pour myself an iced latte (doesn’t have to be fancy, just a premade coldbrew/cold coffee and almond milk.
I sit down in the kitchen with my gratitude journal (I actually made this exact kind because it’s the kind I wanted to write in – https://www.amazon.com/dp/1076201709/ – but I’m certain a simple notebook would work too) and a black gel pen.
(If the kids seem particularly engaged in whatever I’ve set them up with, I might even light a candle in the kitchen.)
I write as much as I can for about 10 minutes or as long as it takes to finish my latte.
Then I take a few deep breaths (inhale 1,2,3… Hold 1,2,3… Exhale 1,2,3).
…And then I close my journal, put it away, load my coffee glass into the dishwasher, and go play with my babies.

(a few weeks ago, the owner of the Thai spot slipped me a $50 gift card with my receipt “because you’re nice, we like you” -favorite Thai spot for life!)

ILOVETHIS. Panang is our fav too!

I had a ritual for 3 years with my cat. He was sick and needed a shot of IV fluid each night. I would call him and he’d run to me and we’d lock ourselves in the upstairs bathroom together. It’d give him a fancy treat, stick him with the needle, then smother him with pets and kisses telling him I loved him for 5 minutes while the fluid dripped in. More treats, I’d do 50 squats, and then we’d leave the bathroom. When he died a few months back my nights felt so chaotic and unfinished. I found myself just wandering around each night wondering what I was forgetting. Especially since I’m a night owl, the shot routine was a way to say it’s time for bed. After 14 years with my cat, it was that weird routine I missed the most. 5 minutes of one on one love every night without fail. It made me appreciate how the routine of illness can be a good thing.

I’m so sorry you lost your kitty. The way you describe your dedication and how you were woven into each other’s lives moved me and reminded me of my former life with my old, medicated tuxedo who died in January. <3

Every Friday that I’m in town, after work I take my dog and walk around the “colonial” part of town. I live in a super touristy area and people always want to see a dog when they’re traveling away from their own pets. I walk him every day but usually more rushed around the neighborhood, not a fun adventure like Friday nights :) My “family” is just myself and my dog (everyone else lives FAR away) but it makes me feel like our family matters and rituals are important to establish, even if just for the two of us.

I’ve gone through and read all of these rituals and it’s been so soothing. It’s such a reminder of how rituals can be self-care and a necessary part of the time and space that we claim for ourselves.

I’ve so needed and appreciated this reminder.

A million x thank you.

Just thinking the same! Something about knowing all of these little moments of delight are happening around us is so soothing.