The Power I Found in Shaving My Head 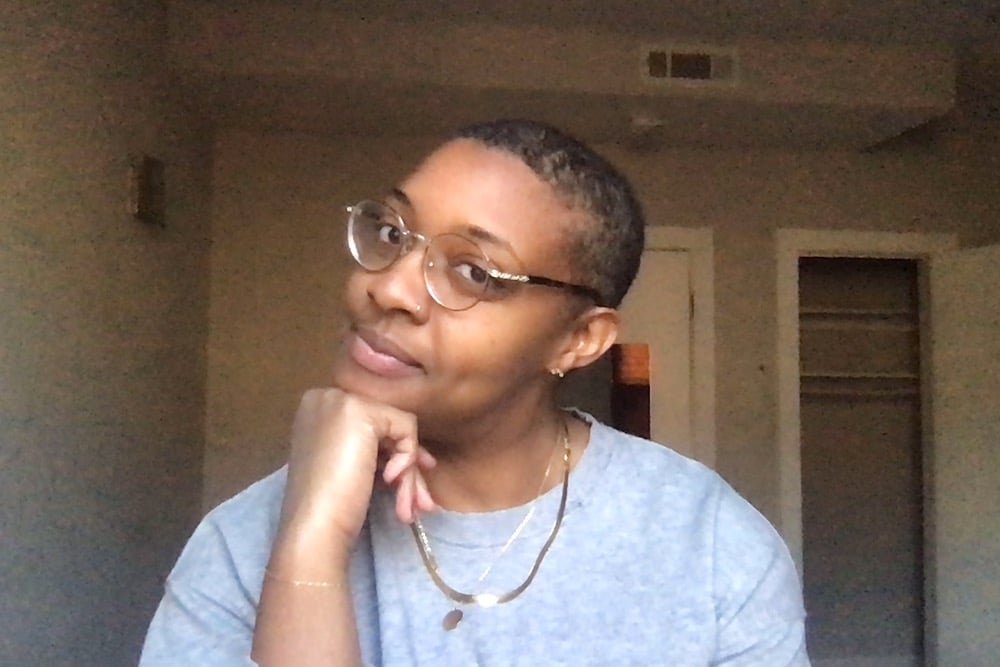 Six months ago, on the subway platform, I snapped a photo of a chic woman with a shaved head. I sent it to my best friend and typed, “I want to be her!” I’d wanted to shave my head for a little over a year and knew I would do it soon. When we’d been dating for about a month, I even gave my boyfriend the heads up, “Just so you know, I’m planning on shaving my head at some point.” Little did I know, months later, we would be pulling a DIY in his bathroom, while we were quarantined together…

I imagined having more time to be totally comfortable with it, before he saw it. But as quarantine hit and everything — including hair salons — started closing, we joked that we should just do it ourselves. Joking turned into “No, let’s actually do it…” and before I knew it, I was pitching it as a writing assignment.

There was a good measure of panic as the day drew closer. What if my head was a really weird shape? What if I was ugly with no hair? If I am bald and ugly during a global pandemic, I don’t know if I can take that. It got real when we bought clippers during our weekly grocery run a few days ago. “Ok. So we’re really just gonna cut off all my hair, that’s what’s about to happen…” I thought to myself in the self-checkout line. I put it off for a few more days, making last minute excuses: “I’m too emotionally fragile tonight, let’s watch another episode of High Fidelity!”

Finally, over the weekend, on a day that I was especially emotionally fragile, but willing to do something to get out of my funk, I decided to dive in. I snipped off the first braid and then went on photog duty, as my boyfriend Steven offered to take over. The High Fidelity soundtrack blasted in the background and we couldn’t stop smiling. 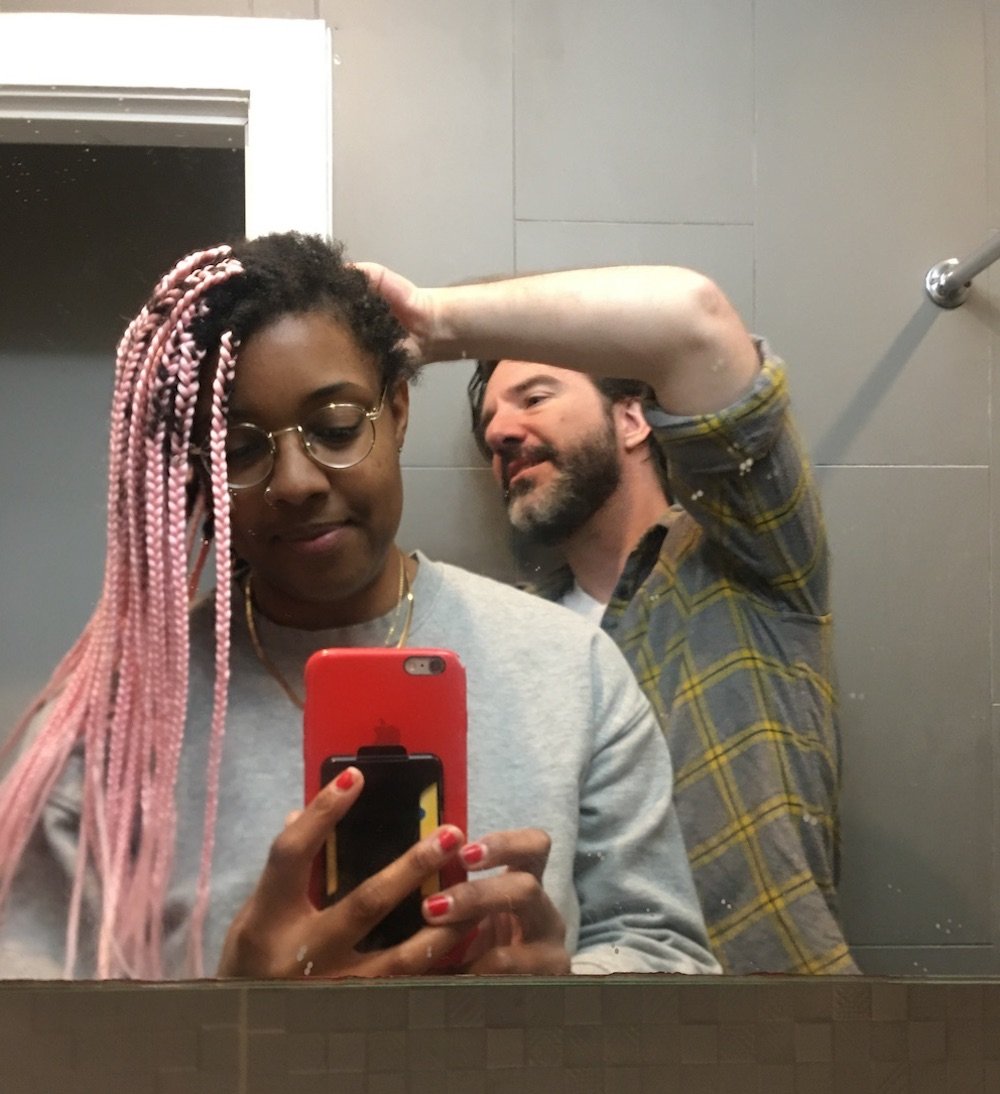 Half the braids are gone. 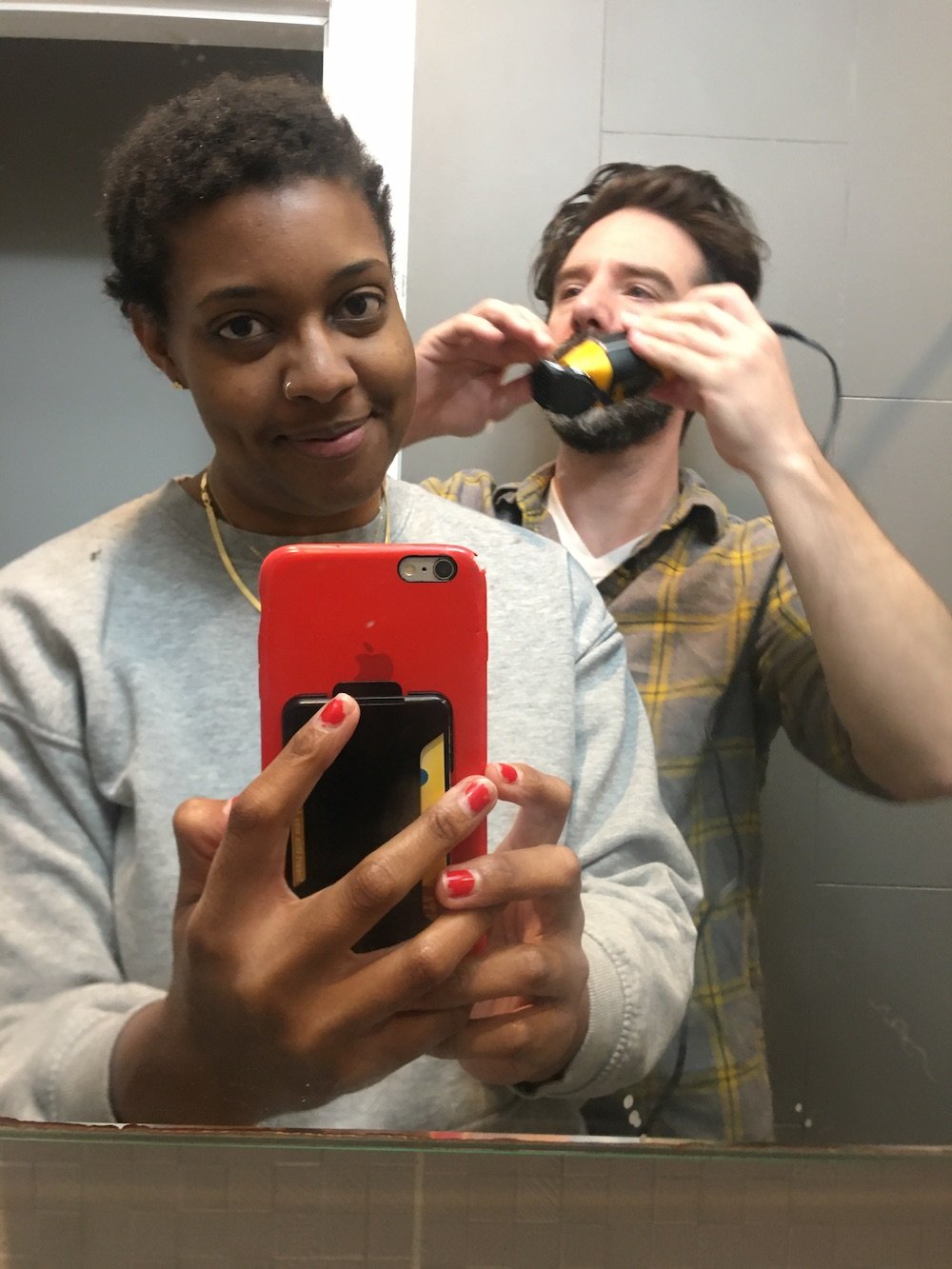 Halfway there. Now we buzz! 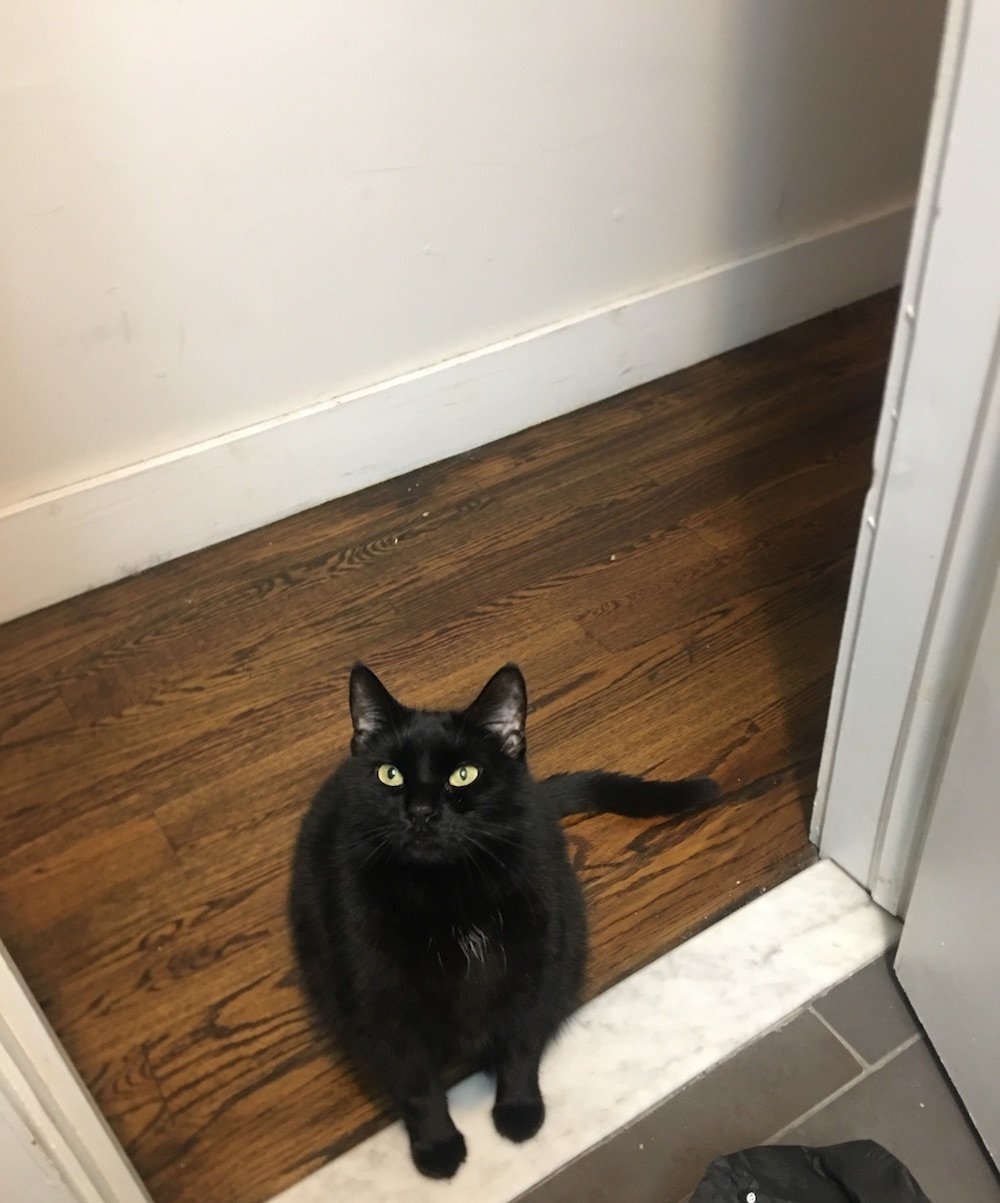 Bettye is unsure about all of this, but can’t look away. 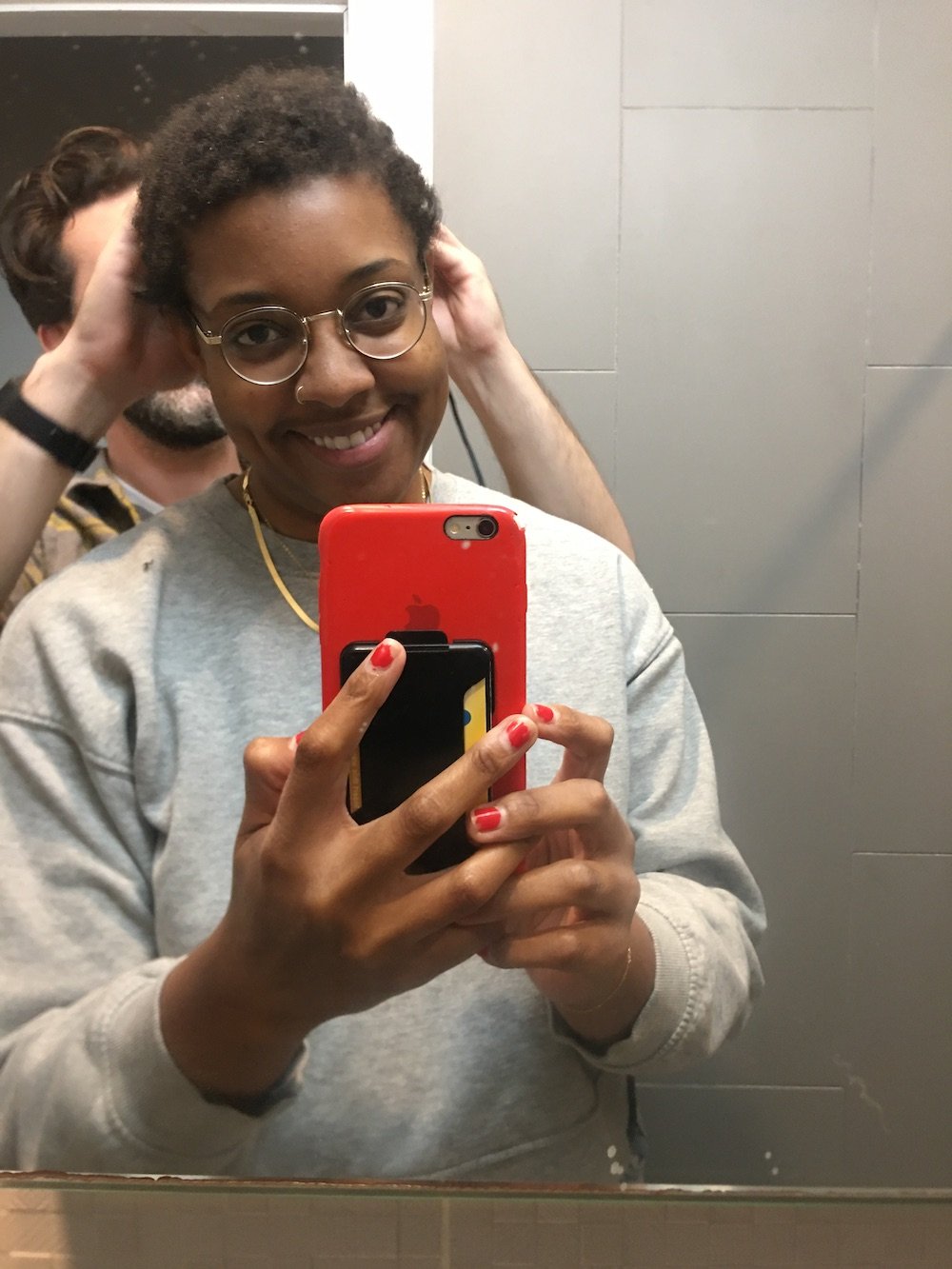 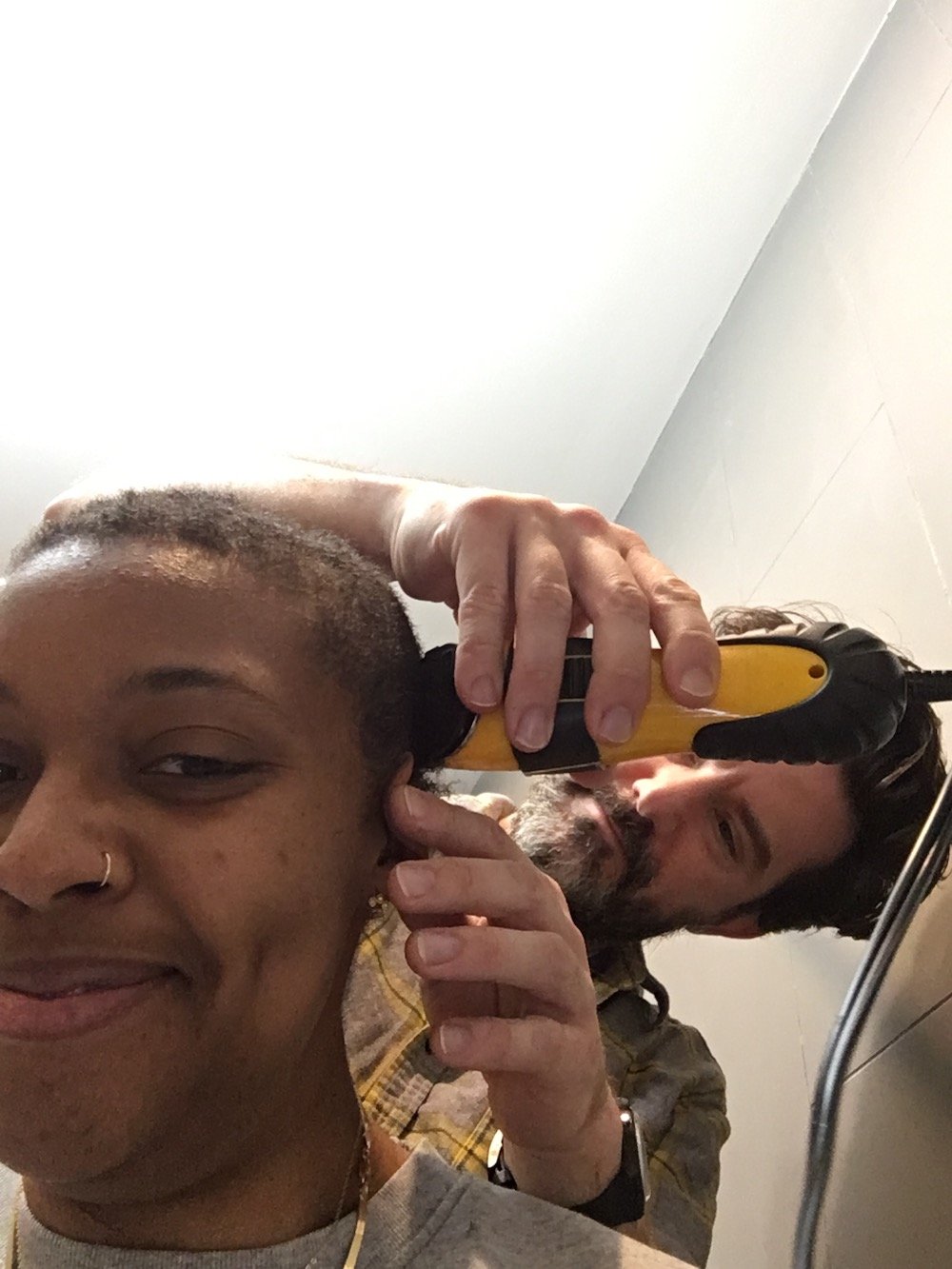 “This is the first haircut I’ve given — EVER!” — Steven 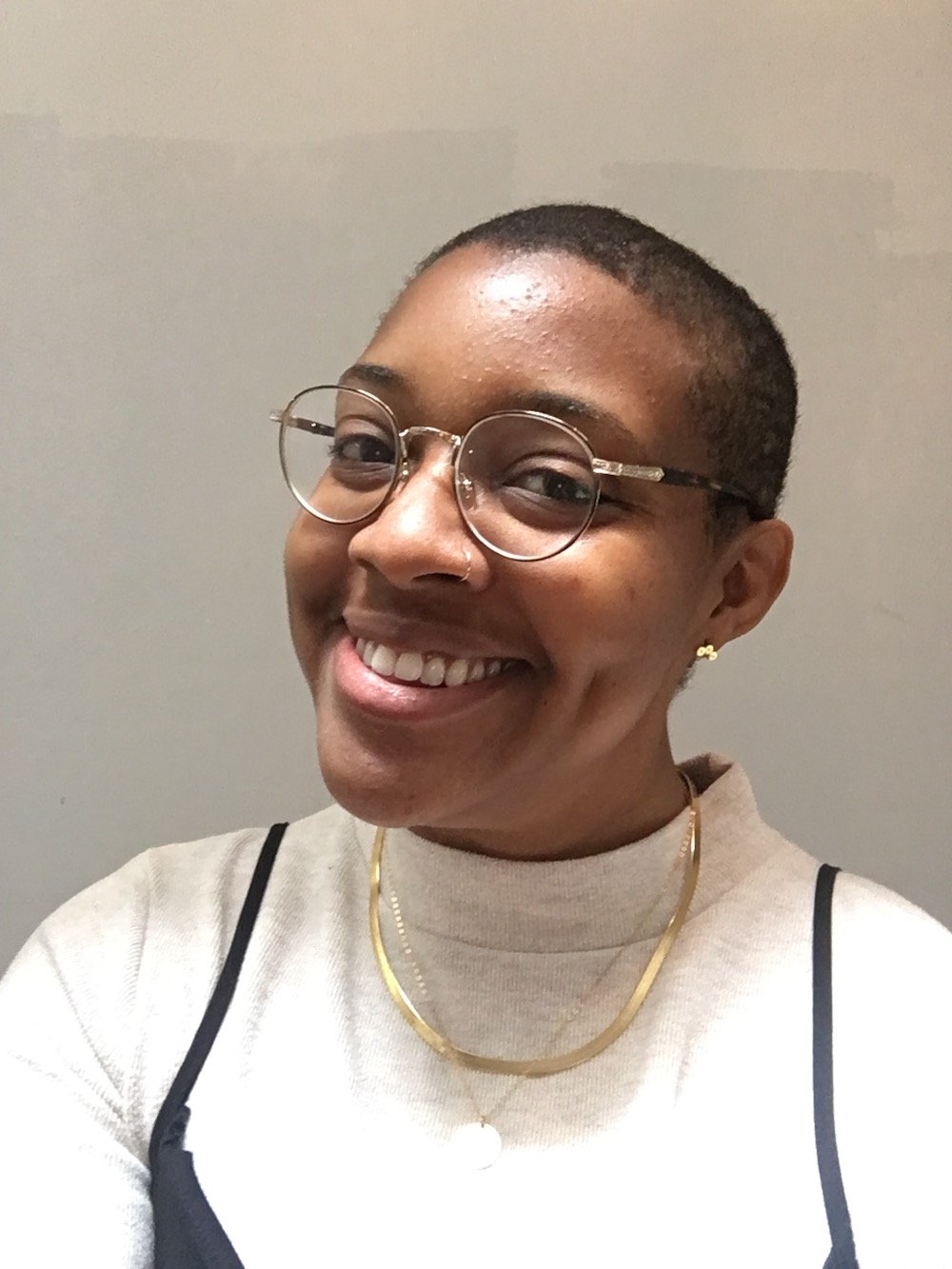 All done. Totally into it.

I remember a friend describing how I’d feel in one perfect word: freedom. There is so much freedom in starting at square one, just you and your head shape — weird or not. As a woman taught to earn approval through her appearance, I felt good to go against that structure and aesthetic a bit more. I’ve always felt more myself with short hair, and this time is no exception. It is very grounding, peering into the mirror at your nearly bald head. When my hair was short before, I still had some height on top, and now that it’s all gone I feel kind of like my head is the size of a pea, but I’m rolling with it. One strange aspect of all this was having my boyfriend be the one to cut it. Having someone I love change a part of myself that makes me feel most beautiful was insanely vulnerable, but as we kept going, I couldn’t help but focus on how dope I looked! “You look so hot,” he would say, anytime I seemed a little worried.

As in most experiences that stretch me, I always think I’ll emerge a much cooler person, no longer possessing insecurities, someone who feels beautiful regardless of varying outside appearances. Instead I am still me, with all the same insecurities, greeting and mingling with this version of myself who has always existed and has finally come to the surface.

Really wanting to chop off all my hair so thank u for sharing your experience n inspiring me even more to do it. You’re gorgeous!!

I’m late to the game here and just catching up on all my CoJ. You look absolutely BEAUTIFUL!!! Wow, what courage! I’ve always wanted to do this too, but with my job it would just never work. So glad you took the chance! Absolutely love your writing, Kim. I’ve never posted on here before but just felt compelled to add one more blast of total love your way!!

You look amazing with a shaved head! I’ve been shaving mine for years now and I love it so much that every time I think about growing it out again, I remember the feeling of a freshly shaved head and out come the clippers. My head is shaped a bit weird and it’s something I’m trying to accept. I mean I can’t change it so I have to be okay with it. I love women shaving their heads. It’s so liberating and empowering.

Hi Kim! You inspired me to shave my head! It has been so empowering to face my fears about my self-image, self-talk, all that stuff we do as women. Thank you for being so open and unapologetically you. It helped me find that in myself, too.

this gave me chills! So happy for you!! Thanks for sharing, Lily!! xoxo

I LOVE IT! You look beautiful!

Wow! I LOVE this!! Ia toying with the idea of shaving my head and I am so inspired by you. Thank you for writing about taking that step. I hope to be as brave as you!!!

As a young woman, I do see how troubling “going agains the norm” of society can stop us from doing things such as shaving our heads. Although we may not always notice, woman are always more anxious about altering our physical appearance than men, only because us women tend to be criticized with comments such as ” omg why did you cut your hair, it was so beautiful before!”, when they do not realize that perhaps our long hair just made us feel more insecure and actually cutting it or shaving it all off empowered us to free those insecurities placed by society on us.

Late to the party here but YOU. LOOK. AWESOME.

I stumbled across this while stumbling down the rabbit hole of looking for a “cut your own hair” tutorial. I never comment on things like this but omg, you look so awesome!! I wish I had the nerve to do something like this…if I knew it would look as good as you, I would do it in a flash!