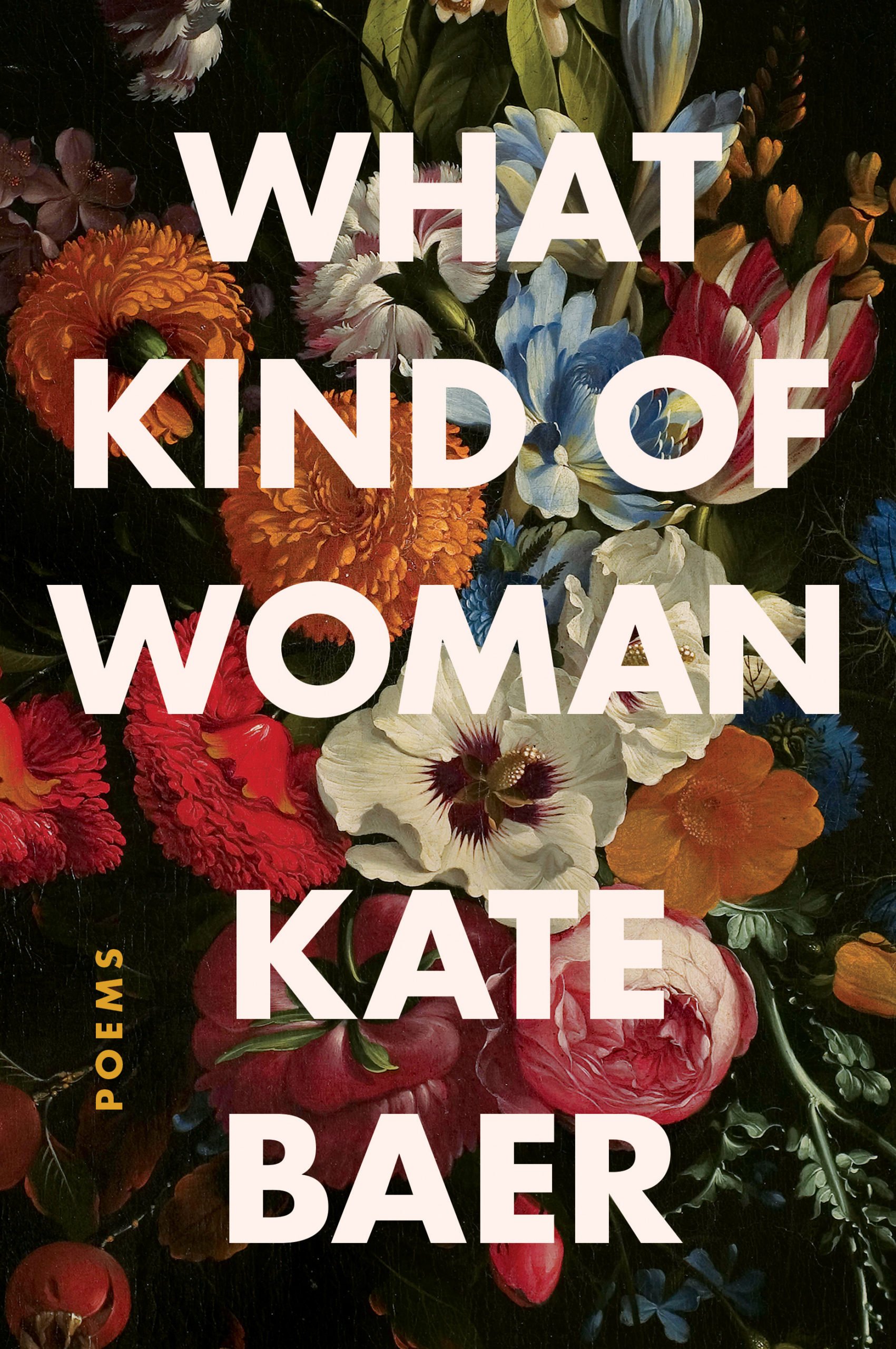 Exciting news!!! We’ve long adored Kate Baer’s funny, moving poems about marriage, motherhood, friendship and being a woman, and her first book is now available for pre-order (Amazon, Books Are Magic). How gorgeous is the cover? I’m always interested in what cover ideas almost made the cut, so here are a few of the alternates… 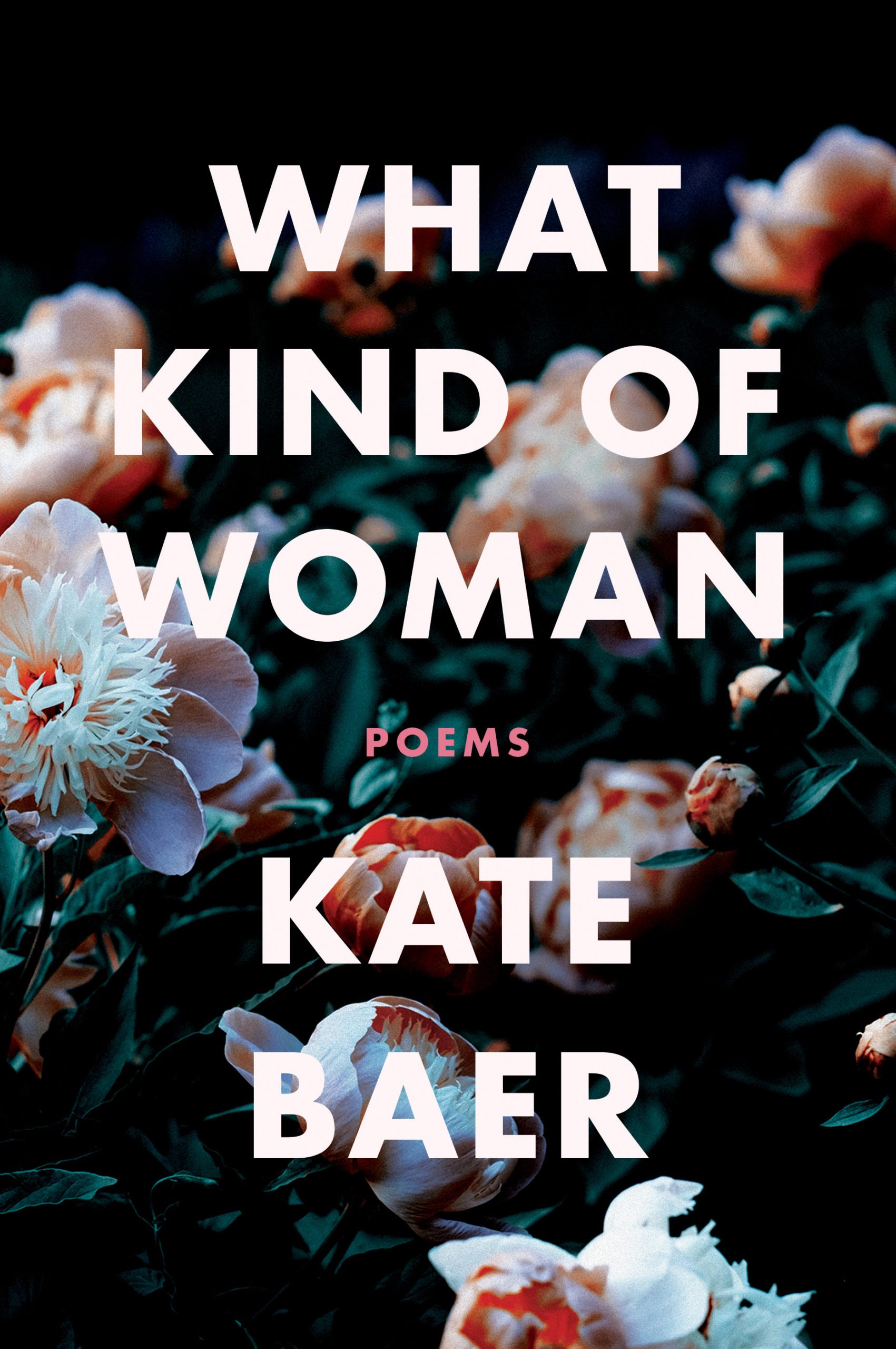 “The process didn’t go how I expected it to go — I think I expected to not be picky, which sounds dumb. But I don’t go into a room and visualize how it could be better; instead, I go into a Pottery Barn and I’m like, I like that. So, I thought I’d get the cover and just love it right away.

“Harper Collins gave me this first one, and it felt pretty but forgettable. It was hard at first because I didn’t want to hurt anyone’s feelings. I lost sleep because I thought, someone worked hard on this and I don’t want to say I don’t like it. I had to channel some boss energy.” 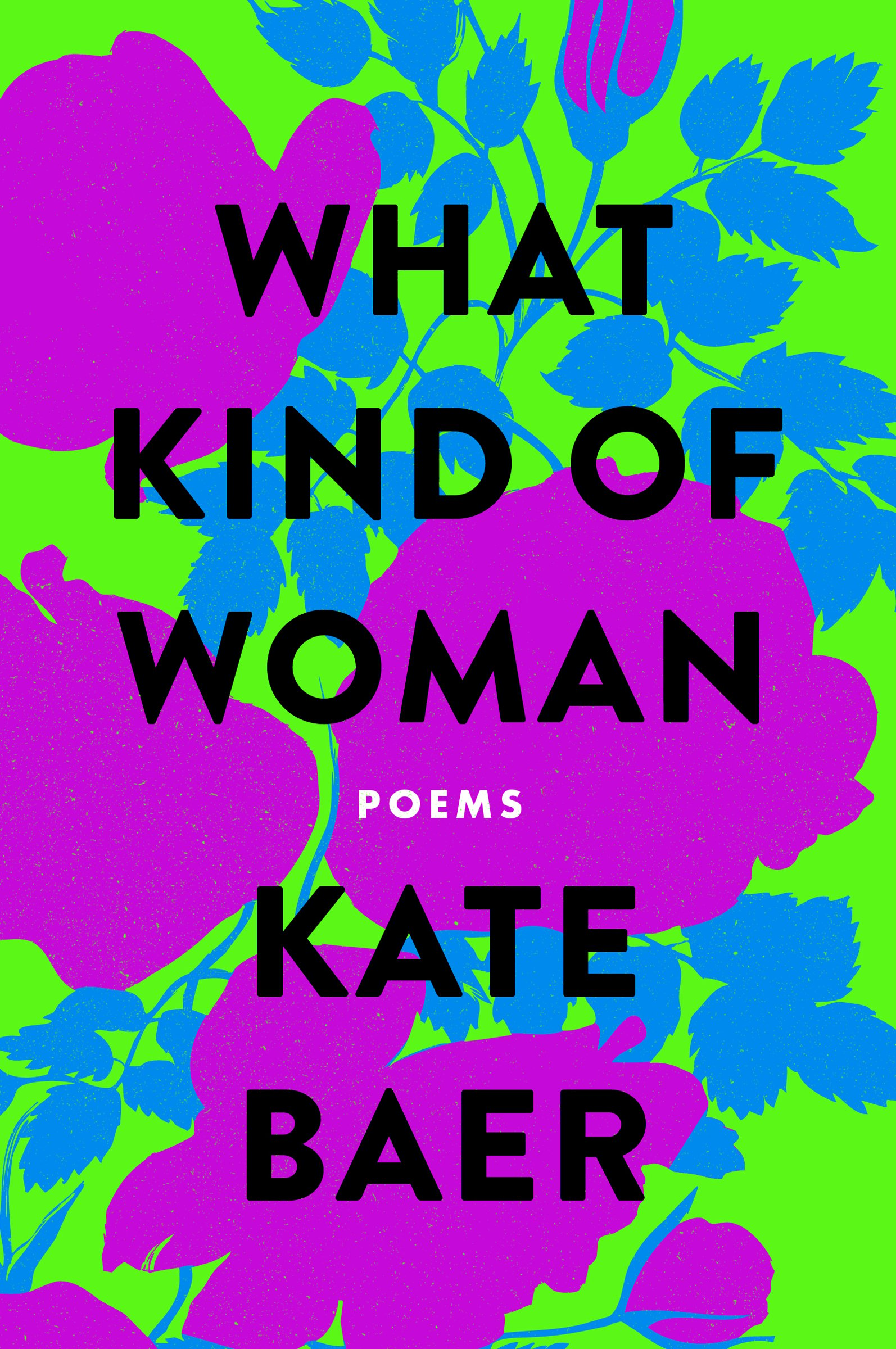 “Then they sent me the next one; I had asked for something bolder, and it was too far a swing in that direction.” 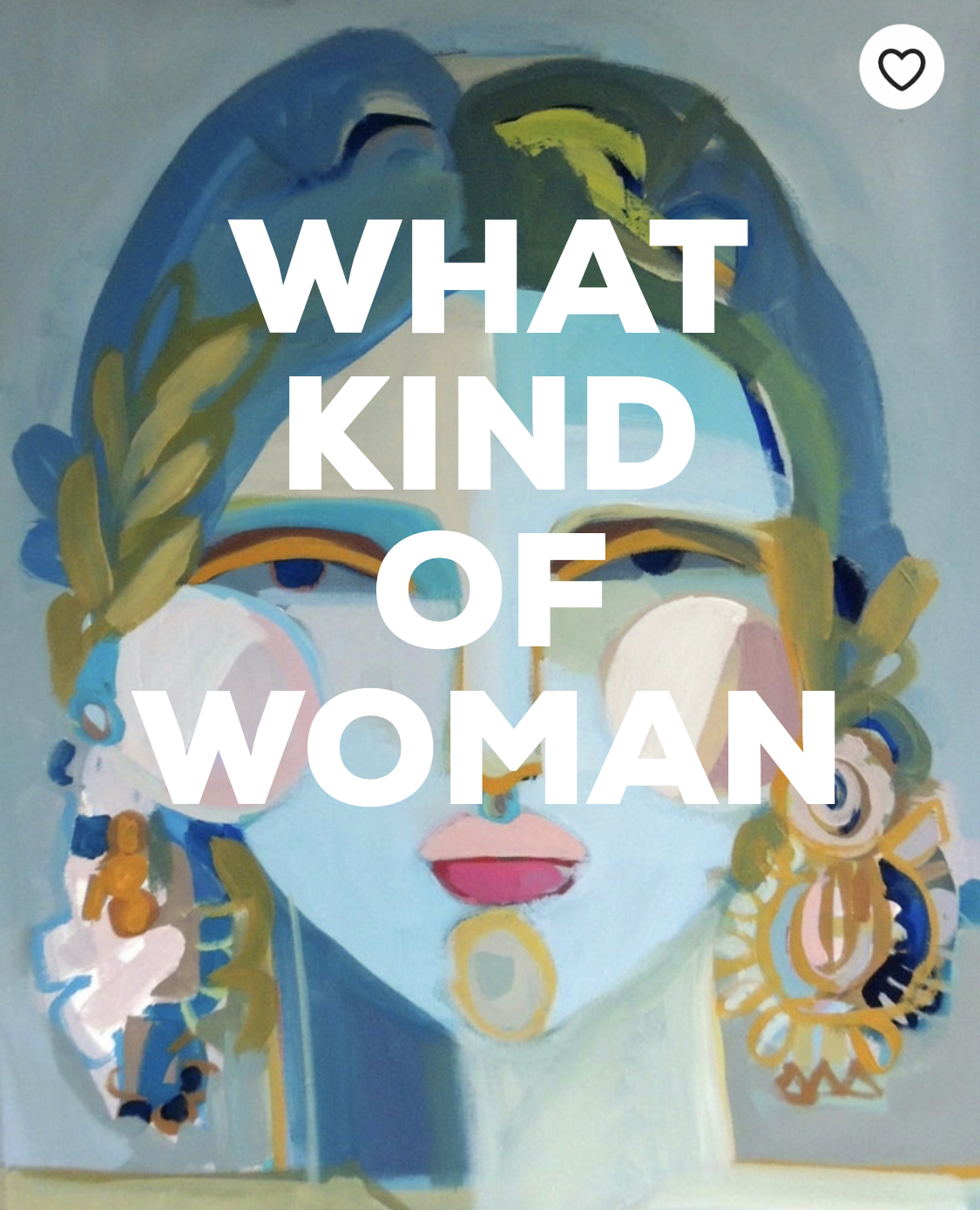 “That’s when I started doodling covers myself. I had to think, what DO I want? If I don’t like these first two, then it’s on me. For a while, I thought, maybe we should have a picture of a woman, but then I thought, the title really speaks for itself.” 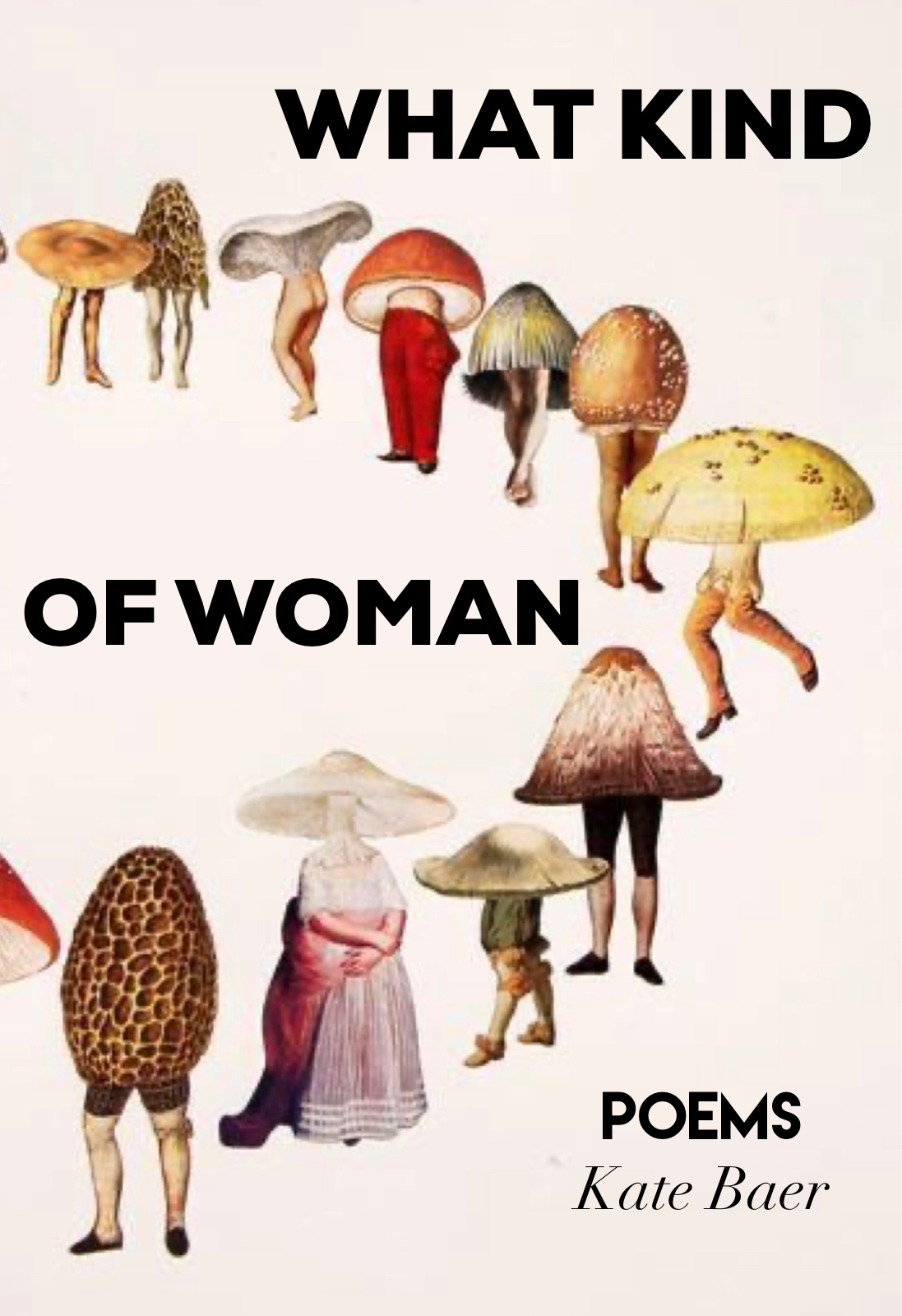 “I thought this was such a cool image. I looked up the artist — Amy Ross. She does really beautiful work. I’d love for her to illustrate my next book!” 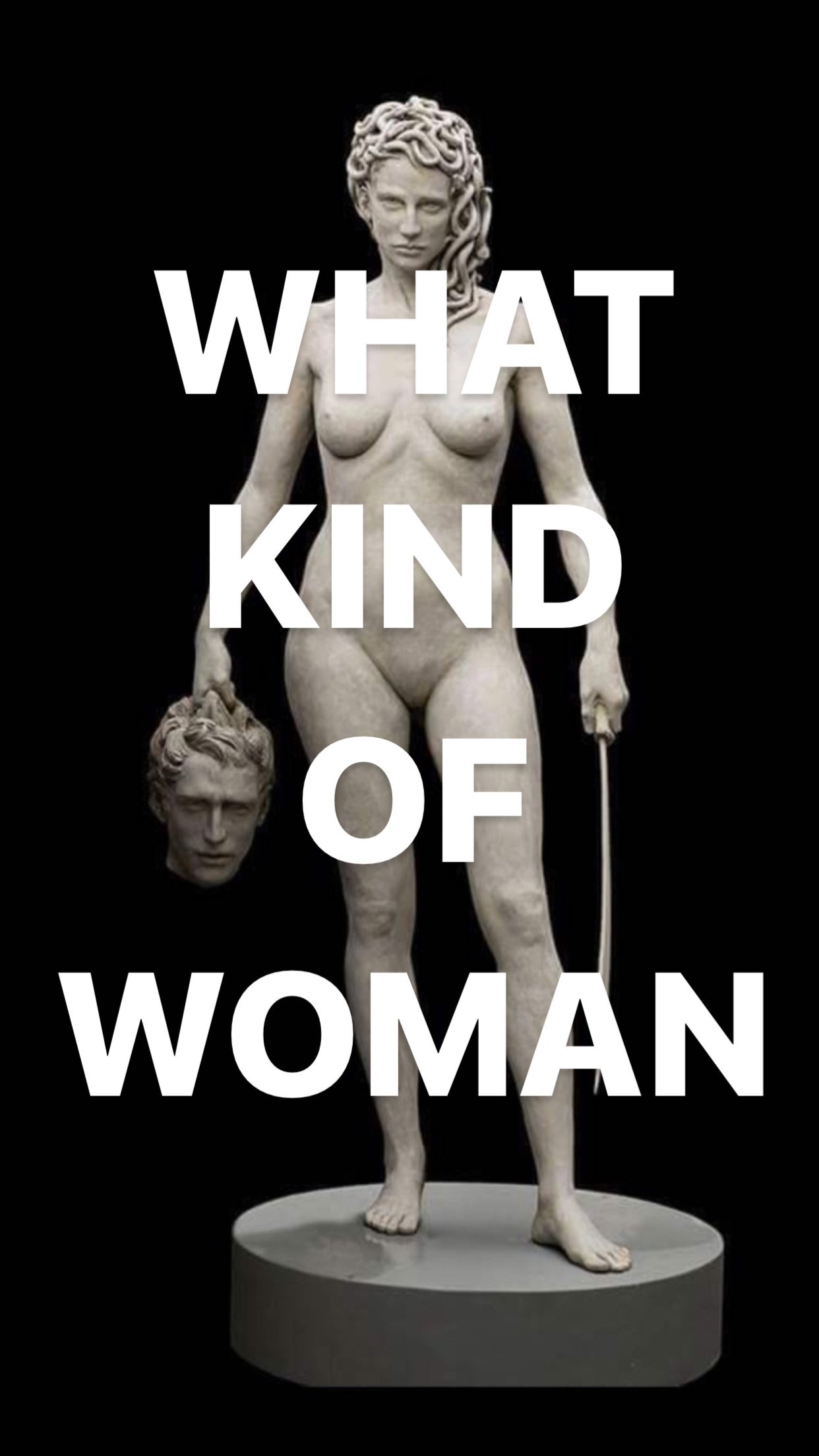 “Then I was spitballing with friends. My friend Candis Jones and I had been talking about bad behavior of men, and five minutes later she sent me this and I just died. Sometimes you’re just in that mood.” (The background image is ‘Medusa’ by Luciano Garbati) 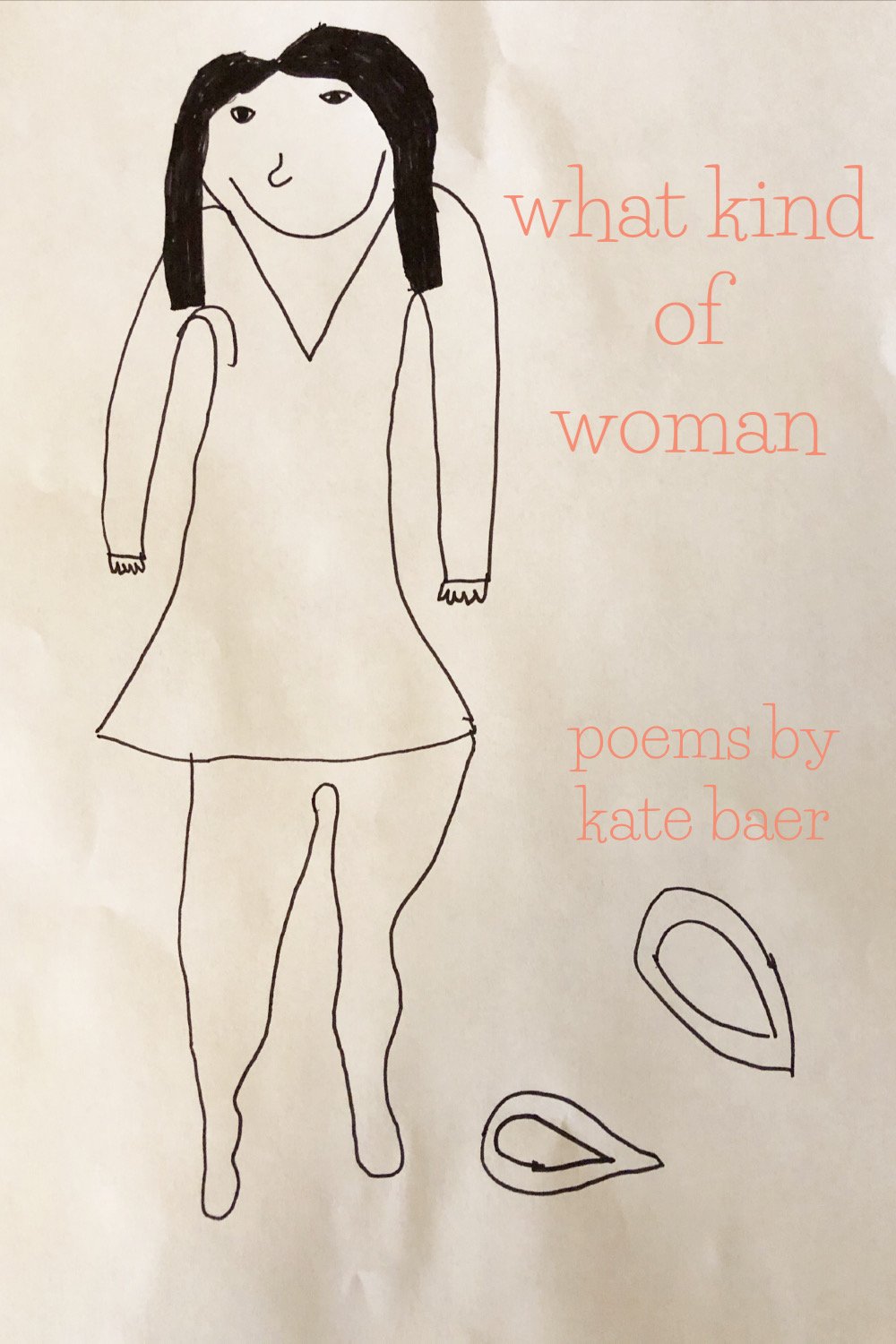 “My other favorite was drawn by my friend Mo’s six-year-old daughter. I literally almost sent it to my editor. Everything about it, it’s just perfect. I’m going to have it framed.”

“When Harper Collins sent me the final one — by designer Joanne O’Neill with a painting by Johan Johnsen — I immediately started crying. It was exactly what I’d pictured. They reached into my brain! It spoke to the tone of the poems and it was feminine without being weak, which I really liked. It was so beautiful.”

Just bought this book after reading this post months ago…. it is incredibly moving. Thank you for the recommendation, COJ!

Emily, the artist is Hayley Mitchell, and her prints (including this one) are available on One Kings Lane. And Etsy? xox

Beautiful cover! I love looking at the difference between US and European covers too.

What beautiful book covers! I agree, the one that they chose is feminine without being too soft – it’s perfect!
Thank you for sharing :)
xx
Lily

It’s interesting to think how our individual interests guide us in certain directions when picking books, too! I’m actually much more drawn to the second illustration (the face), as well as the one done by the 6 year old. :)

Actually, I would LOVE to own a print of the second illustration/painting (was that one done by Kate? I was a little confused on this point!). Any chance that the artwork will be sold?!

The artist is Hayley Mitchell Art and she does sell prints of this piece. http://www.hayleymitchellart.com/prints

This cover IS gorgeous…BUT it does REALLY look like the one of Lisa Taddeo’s Three Women cover. So not that original after all.

I’m so confused by these comments, the only cover of Three Women I have seen is stark white with minimal black and red lettering. …if there’s another copy, I’d love to be able to add it to my collection.

I agree! When I saw this I thought it is so similar to Lisa Taddeo’s book ‘Three Women’. Greg Heinimann designed the hardcover edition here: http://www.gregheinimann.com/new-project

Love Kate Baer, love this cover, love that I have a thing to look forward to!

I love Kate’s poetry–it always feels so timely and sensitive. I just pre-ordered via Books Are Magic and receiving it in 6 mos will feel like the best surprise. Thank you!

I also liked the second painting

Wow, this is STUNNING. Love that Harper Collins included Kate in the process. A lot of times authors have no say at all!

I love this, I loved Robyn Hood, and I just know I will love reading this book.
You made me happy today :)

Ah! It is so beautiful, just like Kate’s words are. I cannot wait for this to be delivered – ordered a few for friends too! Thank you for wrapping your poetry into a book for all of us, Kate!

Love the cover because it’s really similar to the wallpaper in my cozy, cozy bedroom. After a lot of initial resistance, my husband now loves it too (the wallpaper, he hasn’t seen the book. Yet.)

Can’t wait for the release date!

Kate, if you’re browsing these comments, I was such a big fan of your blog many years ago. It was so inspiring to hear from a woman who carved out her own time to read and become in the midst of mothering as the primary parent, that motherhood needn’t be such a greedy institution. And lo and behold, boom, you’re publishing a book! I’m just beyond thrilled for you

CoJ team, would you consider featuring Kate for a beauty uniform or week of outfits? I believe we’d all stand prouder and kinder after benefiting from her wisdom and disclosure of where to find those overalls :-)

What a fun post to share about the book cover process! I can imagine it would be a wild decision.

I’m wondering though about the connection between feminine and “weak”. Towards the end of the post the author described the cover as “feminine without being weak”. What makes being feminine weak? And in my mind the opposite of feminine is masculine. Is masculine then the only way to be strong?

I would like to know where Kate gets those overalls she’s always wearing! I know this isn’t the topic right now…

Hi Roxanne! Thank you so much for asking! I actually just recorded an entire podcast about these overalls with Caroline Moss for “Gee Thanks, Just Bought It.” Just search “Gihuo Women’s Casual Baggy Wide Leg Loose Overalls” on Amazon. I know this sounds like something you google when you’ve given up, but I promise you will never want to wear anything else. Make sure to size up! xo

Yes! They are linen overalls from Amazon – I think it was at her suggestion that I bought some last summer and LIVED in them. Search on Amazon and you’ll find lots of good options!

I recall her saying they were from Amazon. I think if you scroll through her Instagram you’ll find them.

I will dutifully read all interviews and listen to all podcasts by Kate because she is just real and life giving. You guys are a good match! Please let us know if there will be an event to go to. Something to look forward to.

I would love to know if you know who is designing your cover while the process is happening! Like do you talk back and forth or is it a surprise like in TV shows (Okay, just Carrie Bradshaw)

Hi Mindy! It is a surprise! It’s nice to “meet” the designer after and say thank you! This final cover is by Joanne O’Neill for Harper Collins. The art is by Johan Johnsen, entitled Still Life with a Bouquet of Flowers. Thank you for asking!

Chiming in as a book designer here. It depends. For small publishers the process is generally very collaborative and the author tends to get a lot of say in it, which is good and bad. But for large publishers sometimes the process is done without the author and they get what they’re given! Meeep!

LOVE IT. I ordered four copies so I have a few for gifts and I am so glad to have this to look forward to this fall. Kate, you are a fucking gem and I adore you.

Love the actual cover of the book. Strong, feminine, beautiful.

I’m a it confused – for me, the first and the final iteration look quite similar? Also, the final version seems pretty similar to Lisa Taddeo’s “Three Women” that got so much buzz last year…

I can’t WAIT for the international release of Kate’s book, and that cover is perfect!! Love everything she does xx

Love her poetry. Thanks for sharing.

I would love to know when in the process you choose the cover. Is the book finished first? Or do you work on cover even before it’s finished? Thank you!!!

As a book editor in a previous life we usually worked on the cover at the end of the design process. Now—I worked in cookbooks and design books, but usually we needed the final photos to come in before we worked on the cover. However, we were discussing what might work all along. I imagine fiction would be similar. You need the book to be (mostly) finished so the cover sets the right tone, but that doesn’t mean you can’t discuss ideas or have something in mind from the beginning.

As a book editor, the answer to your question probably depends on the workflow of the particular publishing entity.

At my firm, we often need to begin designing covers before the manuscript is finished. We’ve seen a detailed proposal and preliminary chapters, but the author may still be rewriting.

Hi Jody! WKOW was mostly finished when it went to the art department to get a cover. A few more pieces have been added since then, but most of the manuscript was there! Thanks for asking. xo