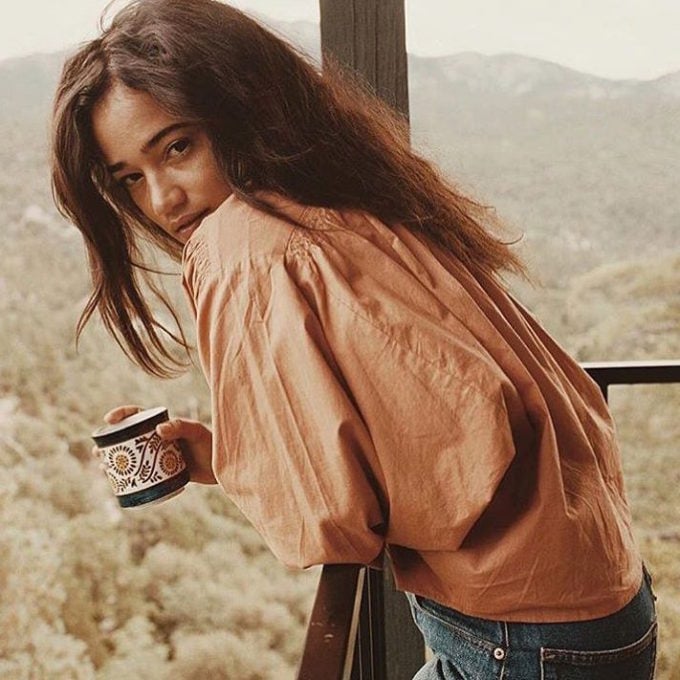 Cup of Jo has been running for 13 years (!) so we’ve decided that every week, we’ll be highlighting one of the most popular posts from the past. Here’s one of our favorites, originally published on October 19, 2016…

At the end of the movie Something’s Gotta Give, Diana Keaton, Jack Nicholson and Keanu Reeves (well, their characters, at least) end up sitting in a literal love triangle at a Parisian bistro. Halfway through a bottle of wine, Keaton gets extra chatty and funny.

“I like that about me,” she says with a smile.

Thirteen years after watching the movie, I still remember that line. It was such a surprise hearing the character acknowledge out loud that she likes a personal trait. And good for her! She should! She’s an award-winning playwright and she’s awesome!

It’s strange because although people are generally amazing, it’s somehow deemed socially appropriate to deny things we like about ourselves and dismiss praise so as not to seem conceited. “No, not me,” “What? I’m such a mess,” “Oh, that was nothing.” It makes me think about this hilarious Amy Schumer skit, where friends cannot accept a compliment…

But! Let’s just say take a second to say these positive things about ourselves. I’m curious what you secretly love about yourself or what makes you proud. Are you a great parent or friend? Do you have a secret talent? Are you fast reader? Or a fast runner? Are you great at your job? Are you the one person in the world who can blow dry your hair like a stylist (and if so can you teach me)? Are you hilarious? Can you make a meal out of random things in the fridge? I would LOVE to hear: What do you like about you? Say it loud and proud!