What Surprised Me Most About Living Together 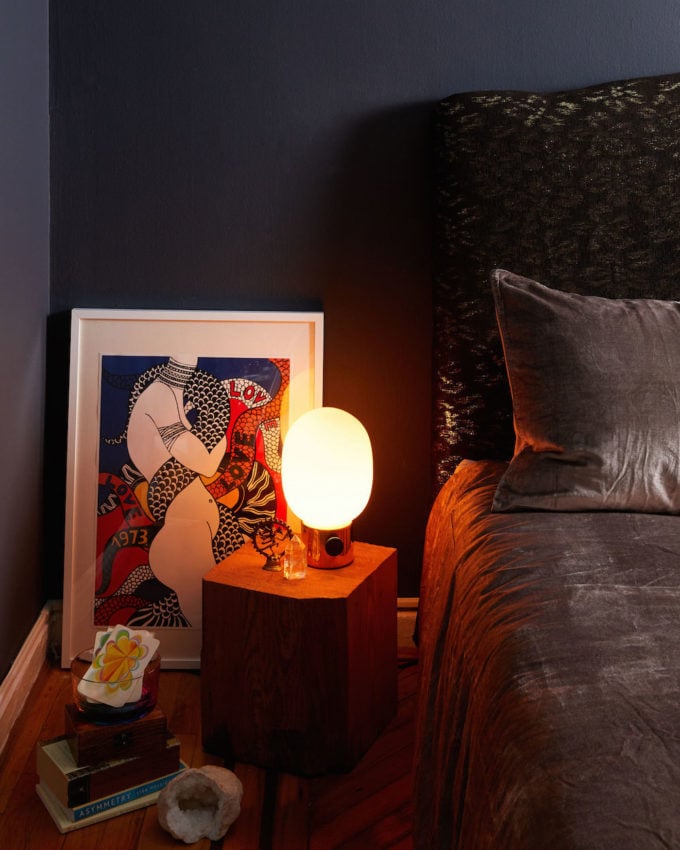 I have a confession…

Before my boyfriend moved in, I worried. I worried a lot.

It happened slowly and then all at once. For over a year, we were content with our separate living situations. Then one day, there was a suggestion, followed by a conversation, and suddenly, things were being packed into boxes. Then the boxes were in my apartment, which was no longer mine, but ours. I was excited! I was also afraid.

“Congratulations!” friends would say, upon hearing the news. “What a big step!” I would nod and smile and say thank you, hoping my terror was not transparent. People acted like I had found the golden ticket. I was supposed to want this, right?

To be clear, my anxiety had absolutely nothing to do with my boyfriend, nor with our relationship, which I have never doubted. Of course, I wanted to live together. Of course, I wanted to share my life with this person, my favorite of all the people in the world. But if every action has an equal and opposite reaction, this move would, as well. In order to embrace the new, I’d have to let go of life as I’d known it.

As long as I have legally been considered an adult, my days were spent building a home for one — a place with its own set of rituals and the space to be exactly who I am. For years, I had talked and written about living alone, like some sort of patron saint of solitude. And for good reason — living alone made me happy.

In previous relationships, the other person had always proven elusive. Examining my own fears about commitment was never necessary when the other half of the relationship was running in the other direction. But now, when the boxes were all packed — and then unpacked — in my general direction, I needed to confront my anxiety face-to-face. This was new territory, in more ways than one.

“How’s it going?” my best friend texted, on the day of the move.
“The eagle has landed,” I said, sending back a photo of the epic pile of stuff.
“Do NOT let that man ruin your beautiful apartment,” said another friend, half-jokingly.
“This is the end of an era,” said another.

In the weeks that followed, I tried my best to look at the changing circumstances as an anthropologist would — with a bit of distance and a healthy dose of curiosity. I would get to learn about one of my favorite subjects, up close. The Boyfriend, I discovered, has a curious habit of using many utensils for even the simplest kitchen tasks. The Boyfriend leaves tracks wherever it goes — often, the cabinet will remain wide open long after he has searched for a mug. The Boyfriend watches television with closed captioning. The Boyfriend can be unflinchingly sweet, even when I am grumpy.

One day, while reflecting on my anthropological findings, I asked him if he had learned anything unexpected about me. He thought for a while.

“The amount of hair in the drain,” he concluded, finally. “It really is beyond my wildest imaginings.”

This brings me to my next point. I no longer feel like the proverbial tree in the forest — falling over and wondering if anyone heard the sound. Now, someone notices all of the sounds, then calls from the next room, wondering what the heck just happened. He witnesses all of it — good and bad. And I’m surprised by how much I welcome that. As it turns out, it’s nice to be seen. Drain hair and all.

Lately, a funny thing has happened. I’ve noticed that the habits I observe are not so much his, but ours. There is the way that, without discussing it, Sunday night dinner is almost always eaten in front of Seinfeld. Or how, on weekend mornings, whoever comes across it first will read Modern Love aloud (I know, I know, we’re gross).

Cohabitation, after all, has the word “habit” right in its core. How quickly our actions become habits. How quickly those habits become traditions. How fascinating that this one word — home — can come to mean so many different things.

What’s your current living situation? How has it surprised you?

P.S. How to know your partner is the one and a funny thing that happens in relationships.