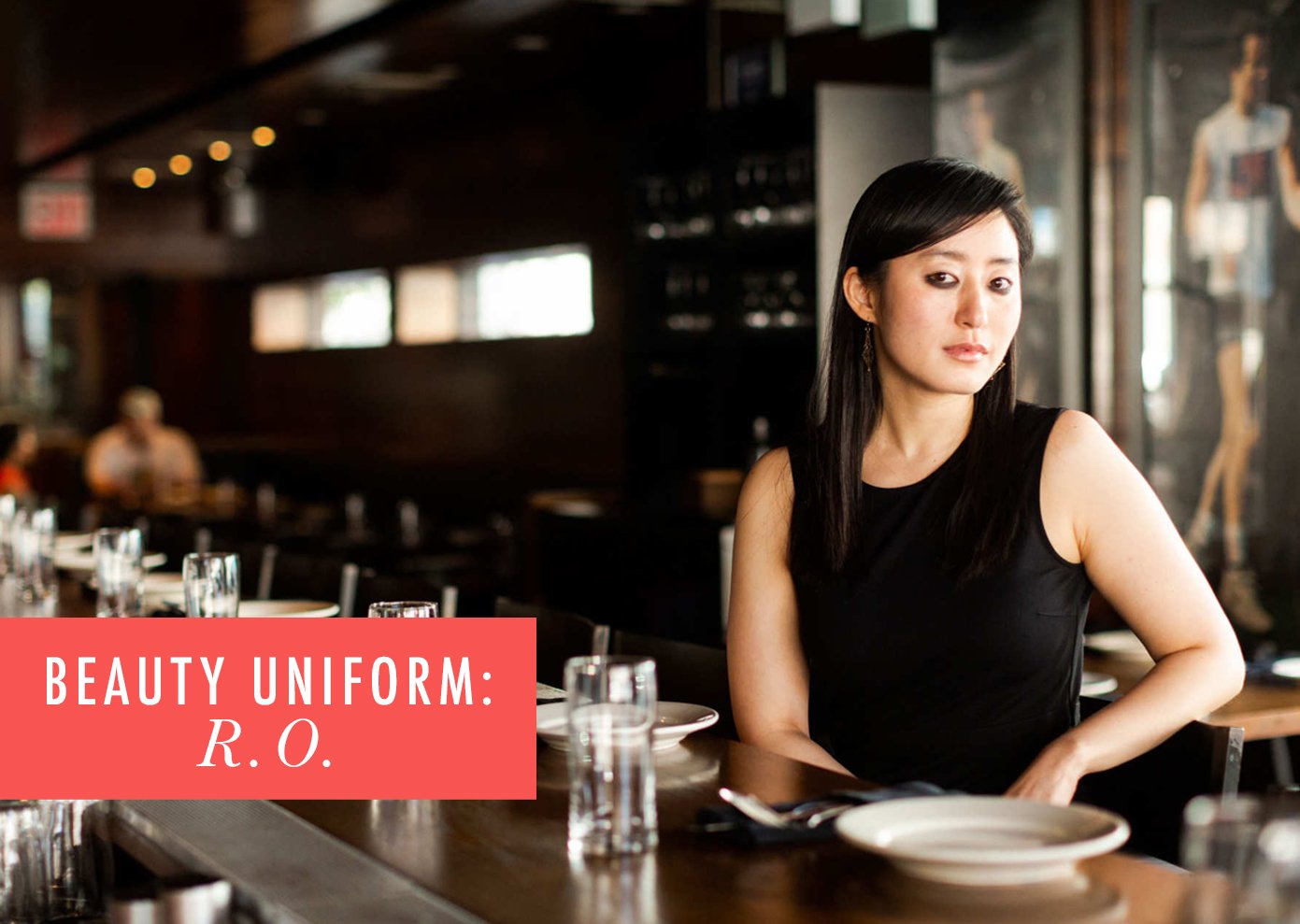 R.O. Kwon is a writer and author of The Incendiaries, the bestselling novel about a young woman drawn into a religious cult. A die-hard product enthusiast, R.O. lives in San Francisco with her husband, where she’s at work on her next book. Here, she shares the story behind her iconic eyeshadow and what it was like to leave her religion… 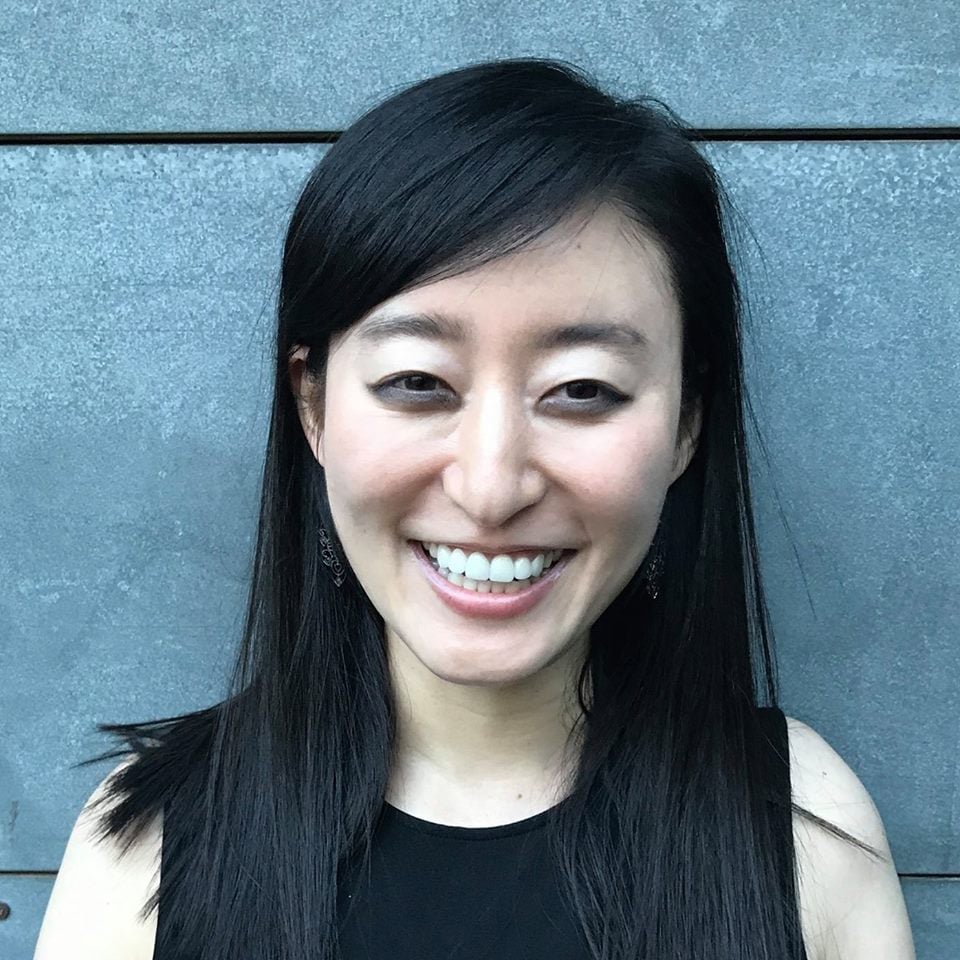 You are a self-described skincare obsessive. Can you walk us through your routine?
I initially got into skincare because I have very sensitive skin. I was breaking out a lot and my skin also gets very dry. So, I started paying attention to what made it react, how different foods affected it, etc. My routine now has anywhere from six to 12 steps. But the first thing I do every morning is use COSRX’s Low pH Gel Cleanser, which is very mild and really works. I’ll probably use that for the rest of my life, it’s so good. After that, I use the Son & Park Beauty Water.

What’s beauty water?
I love it so much! I use it as a pre-toner, and it helps the other products sink in. SO many people had recommended it to me, and the analogy they’d use was that it’s almost like loosening up the dirt in the ground before you water it. After that, I’ll use Klairs Supple Toner. Any time I add a step to the routine, I make sure to patch test on my skin. I’ll apply it to a small part of my face, then gradually widen the area over several weeks. I want to make sure it’s actually doing something and that my skin doesn’t react badly. 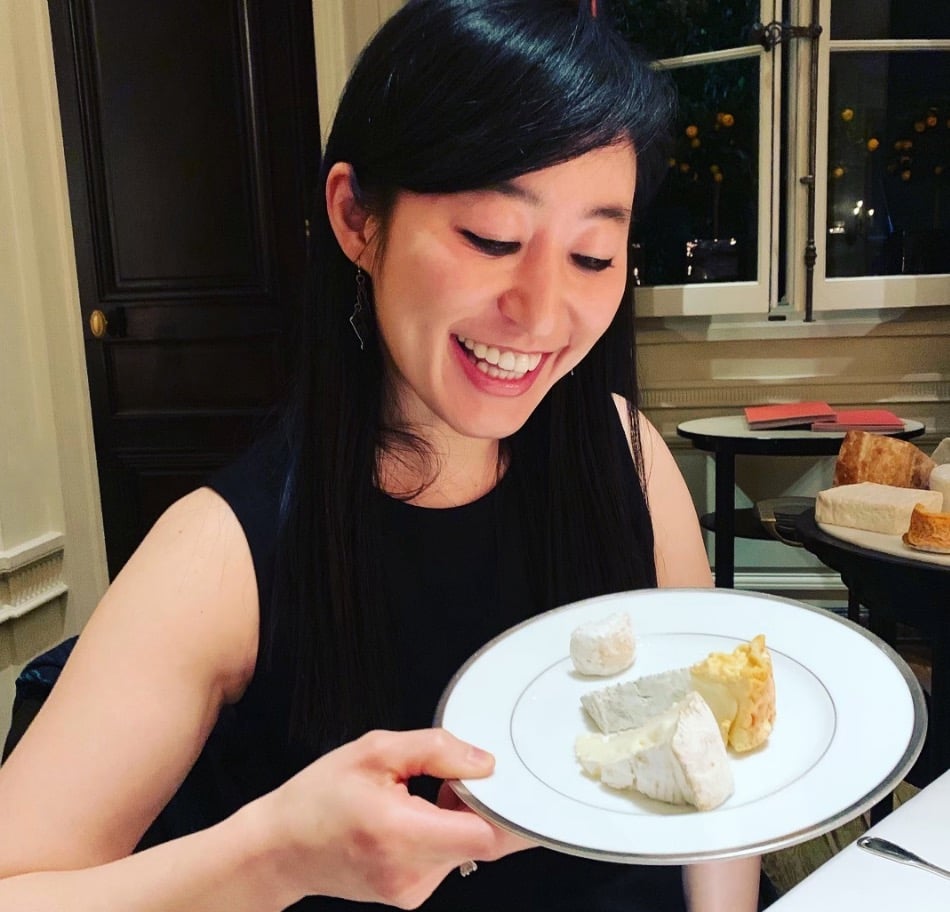 Do you use moisturizer and sunscreen?
First I put on Timeless vitamin C serum. After that, I’ll use Stratia’s Liquid Gold, which I’m obsessed with. It combines oils and ceramides, which help retain your skin’s moisture. I know a lot of people love skin oils, but my face reacted badly to everything I tried, until I found that one. I’ve introduced a lot of people to it now, and they all love it, too. So, I put on those products and THEN… (breaks off laughing)

Then what?!
I know this all sounds like SO much, but for me, this routine doesn’t take very long — maybe 10 to 15 minutes. After the Liquid Gold, I use a Korean aloe vera gel from Holika Holika. It’s really nourishing, and it’s cheap. It helps keep breakouts under control. Then I’ll move onto COSRX’s Rice Overnight Mask — which is supposed to be a sleeping pack, but it’s just a slightly thicker moisturizer. After everything I’ve put on my face, it’s pretty shiny at that point — and I know people love to have that glow, but I want to cut down on it a little bit. So, I put on Origins mattifying moisturizer. And THEN I put on sunscreen. 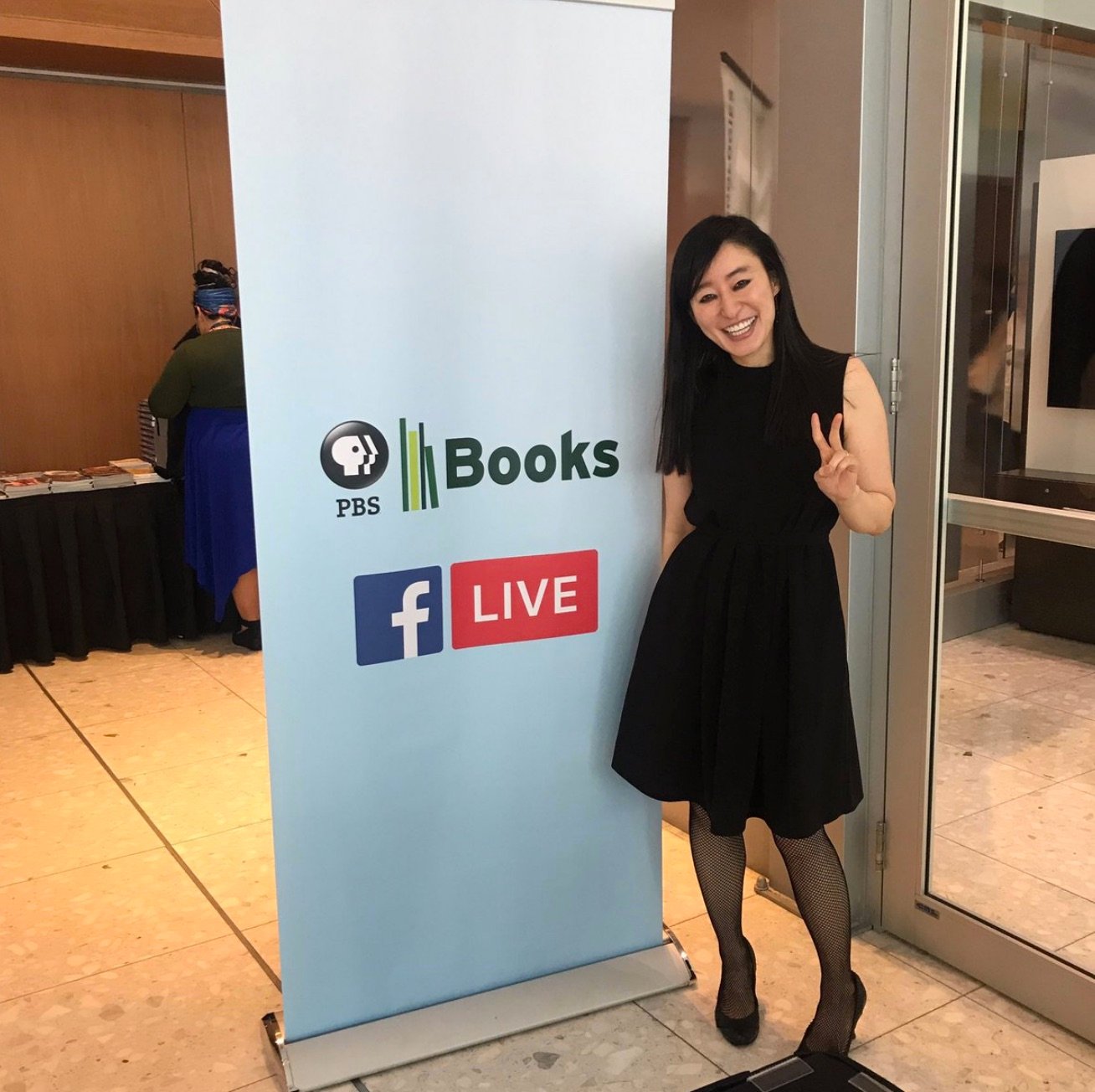 Which sunscreen do you like?
For my face, I love EltaMD Clear SPF 46. On my neck and arms, I use Nivea sunscreen from Japan, called Super Water Gel. That one is a little thinner, so it’s better for my body and it doesn’t get on my clothes. 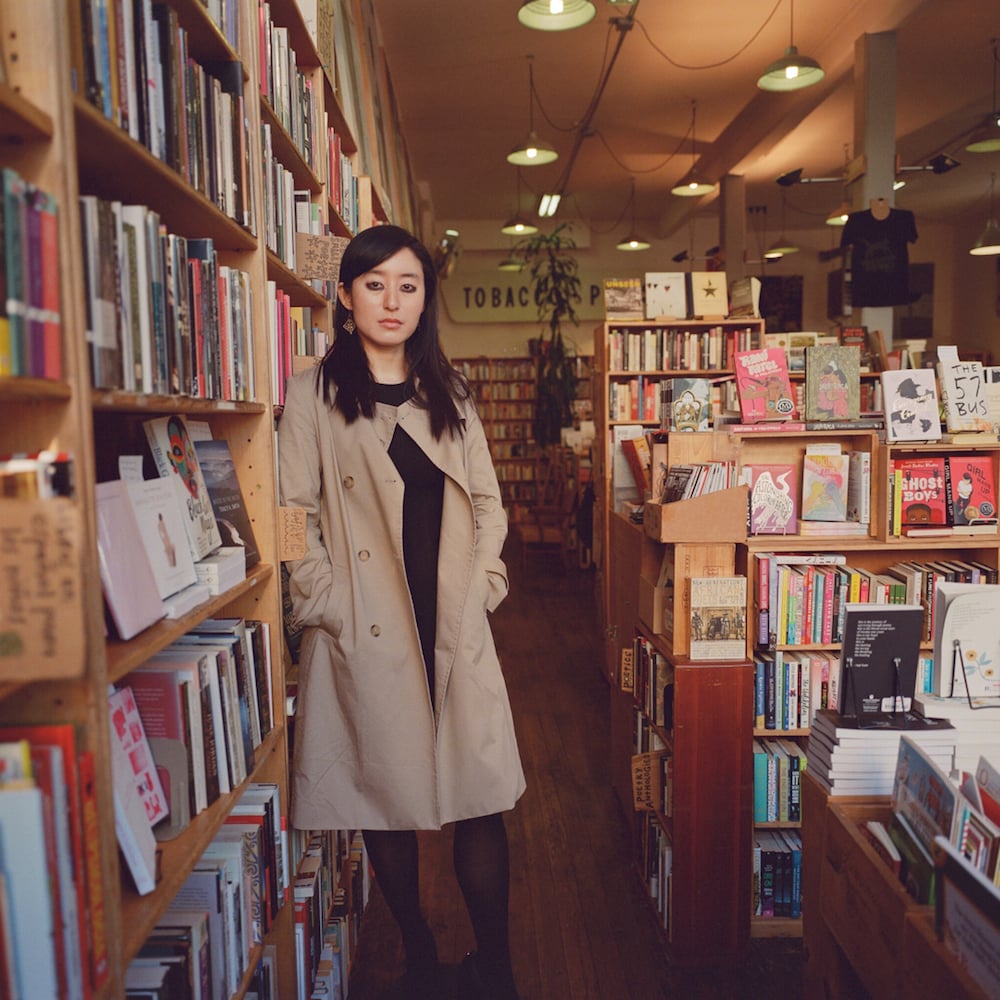 In the past, you’ve talked about how your interest in skincare emerged in the wake of losing your faith. Is that still something you think about?
Oh yeah, all the time. I grew up very religious, and I think about the loss of God every day. It’s a grief that’s ongoing. It’s still so wild to me that we die. I’m still sort of stuck in disbelief and aghast over that. Until I was 17, I believed we were all going to live forever — and now I’m so obsessed with time and death. At this point, it’s kind of a running joke with my friends.

And you are interested in skincare because of that?
I do wonder if I’m just trying to slow down time as much as possible! I hand out products to my friends, and I give masks to people as thank-you gifts. I love sharing skincare and talking to people about it. 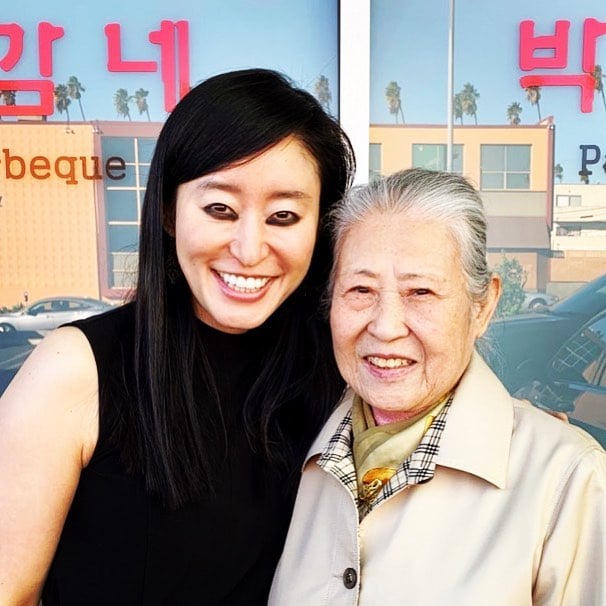 R.O. Kwon and her grandmother.

Okay. Let’s talk makeup.
Yes. My skincare routine lets me keep my makeup light. I put on Chanel Poudre Universelle, a loose powder that’s almost translucent. It even things out and adds a matte finish. I get self-conscious, especially as a writer, just saying the word ‘Chanel,’ because it’s such a marker of luxury. But I do LOVE this powder, and it lasts forever. That’s it for my face.

And your signature eyes?
I use Clinique black eyeliner. It’s a really chill eyeliner, and it doesn’t move. For eyeshadow, I tried like five different kinds before I settled on NYX shadow in Raven. It’s a very soft black, and I apply about a centimeter of shadow under my bottom lash line. Then I put on Clinique mascara, which is also a nice soft black. 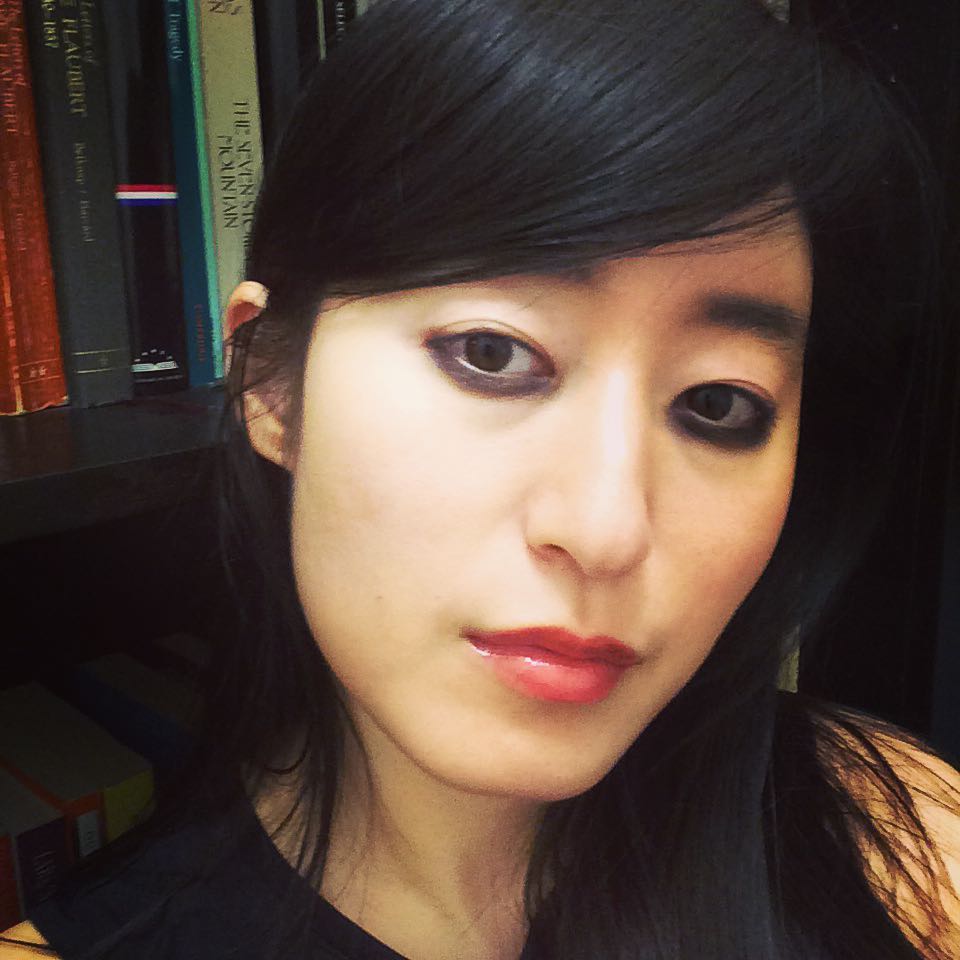 What’s the ethos behind your eyeshadow?
When I was writing The Incendiaries, I was drawn to people who had smokier eyes, so I started experimenting with it myself. I remember my mother-in-law — who’s so funny, and who I’m very close to — asking, ‘Why do you do that with your eyes? It makes you look sad.’ I said, ‘Well, yeah, I’m quite often sad, actually.’ And she thought about it, then said, ‘Sometimes it makes you look tired.’ I was like, ‘Well, I’m pretty much ALWAYS tired.’ I told her, I want to look the way I feel! Plus, in general, I think I do present as happy and nice. Women are often conditioned to try to put people at ease, to make sure everyone’s comfortable. That niceness can make it seem like I can be stepped all over. I think this look is partly my trying to counteract it. 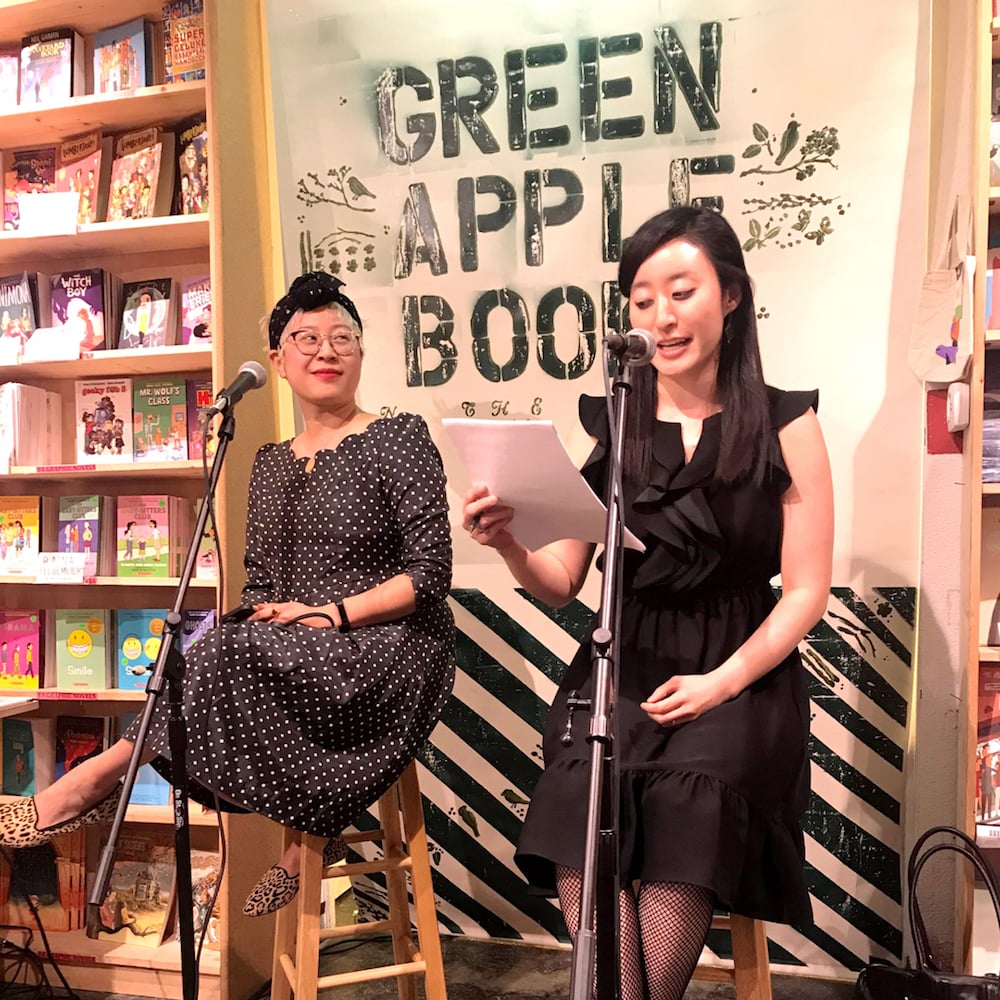 Do you find that you make a different first impression now? Do people see you as tough?
Yes, I think people do see me differently. And one of the most meaningful things is when I hear from other women about the ways they costume themselves. They’ll say, ‘That’s why I dye my hair purple, because I want to change the world’s assumptions of me’ or ‘That’s a big part of why I have tattoos!’ But on the other hand, I’m still — one wants to be kind, you know? I mean, life is so hard, and it just feels better not to be a dick when I’m out in the world. 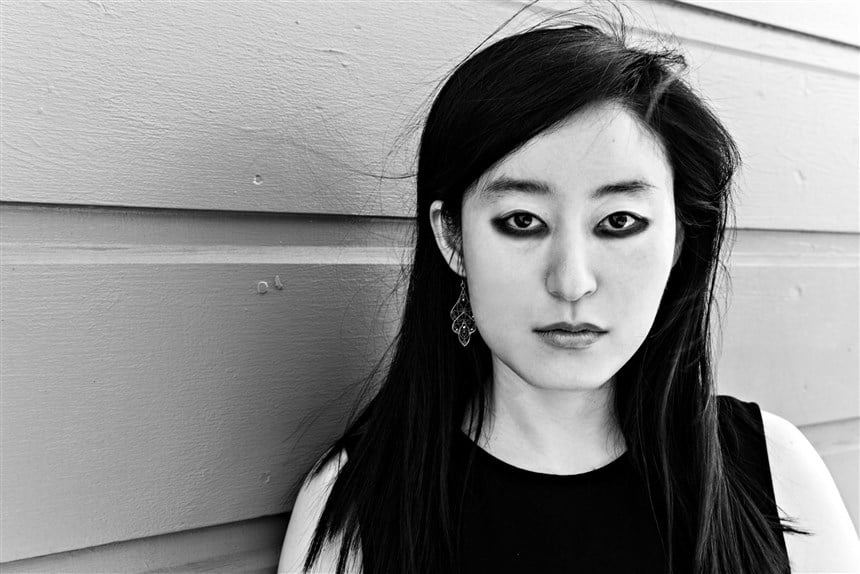 You’ve also publicly addressed the specific stereotypes you confront, not just as a woman but an Asian-American woman.
Yes. I wrote a piece for the New York Times about this. My initial spark was the public reaction to Marie Kondo’s show, Tidying Up. As it got more and more popular, I noticed many people — who identify as progressive — talking about her in ways that felt increasingly racist. They referred to her as ‘fairy-like’ and ‘pixie-like,’ and other very traditional China Doll stereotypes about Asian-American women. That’s happened to me a lot as well, since my book came out and I’ve been traveling around talking about it. There have been so many times when strangers, usually in front of an audience, will get up to ask a question and say, ‘You’re so cute,’ or ‘You’re adorable.’ The vast majority of my Asian-American writer friends have experienced the same thing. It’s a kind of racism that maybe people don’t realize is racism — because it’s a compliment! You’re being called cute and adorable! But these are words reserved for children and puppies. I just couldn’t imagine a straight white man being praised for his appearance while talking about his work. 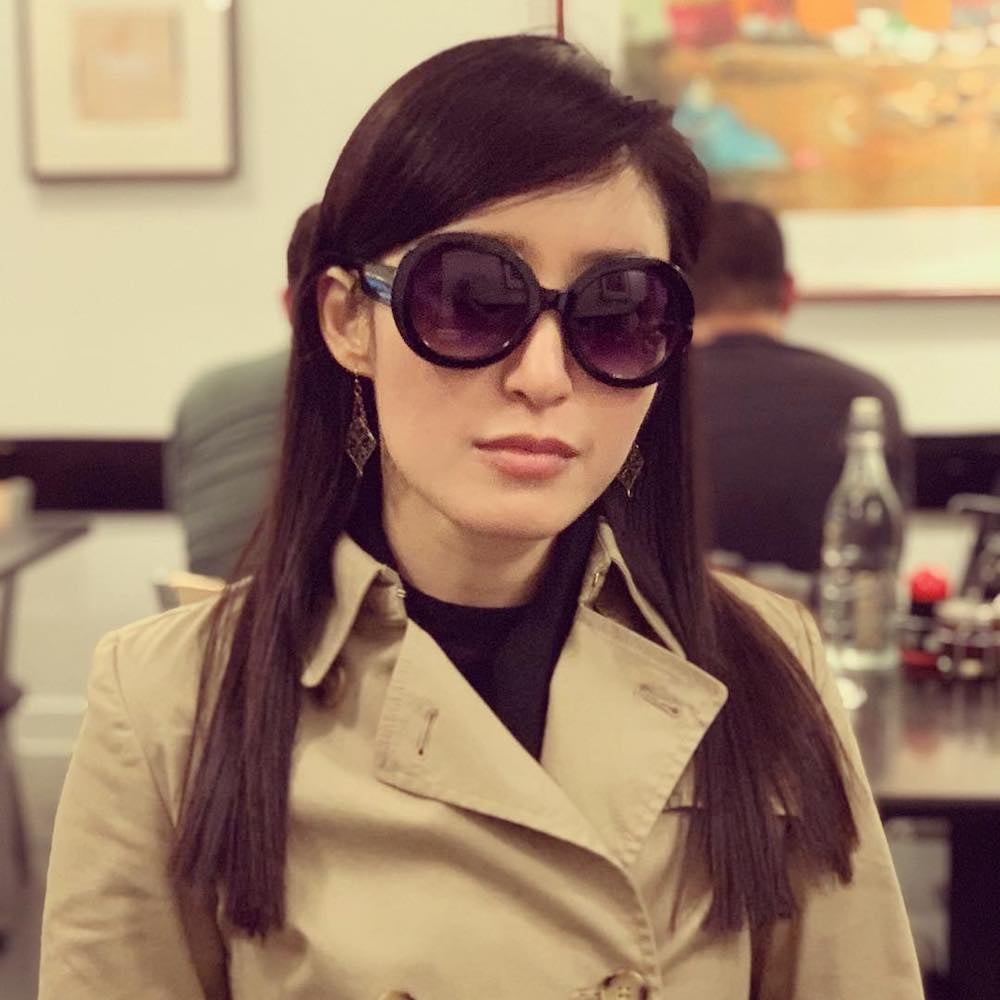 I know you love sheet masks. Can you recommend one?
My go-to mask — which I will not travel without — is the Mediheal Teatree Essential Mask. This mask is great at moisturizing, but above all, it calms my face down faster than anything. When I’m traveling, my skin gets dehydrated on the plane, I’m eating differently, and my skin easily breaks out. 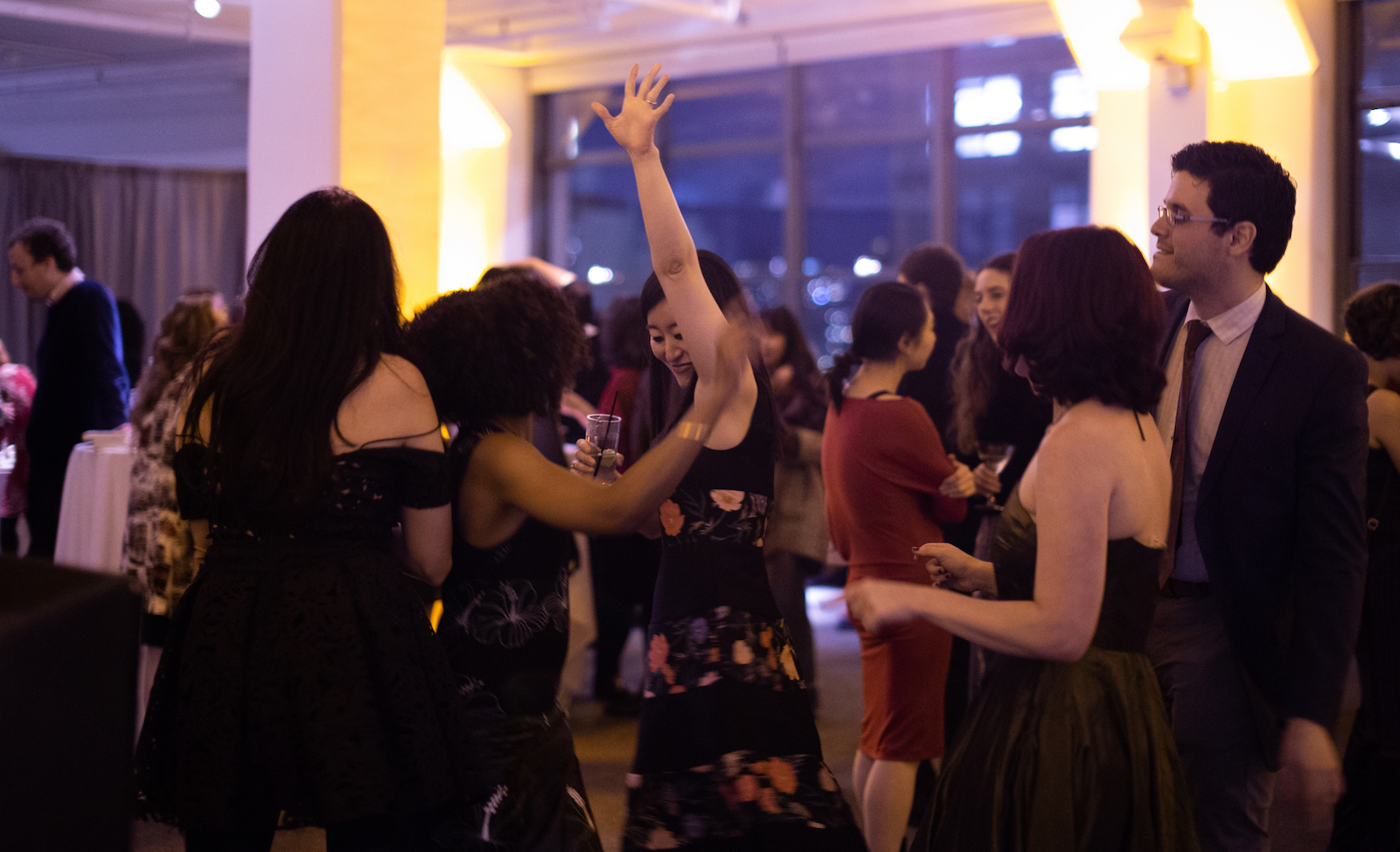 Let’s talk haircare.
There’s a Korean brand I love called Ryo. They make very gentle shampoos and conditioners. Then I spray in some Heritage Rose Water, and that’s pretty much it. I’ve had the same cut since I was 20. 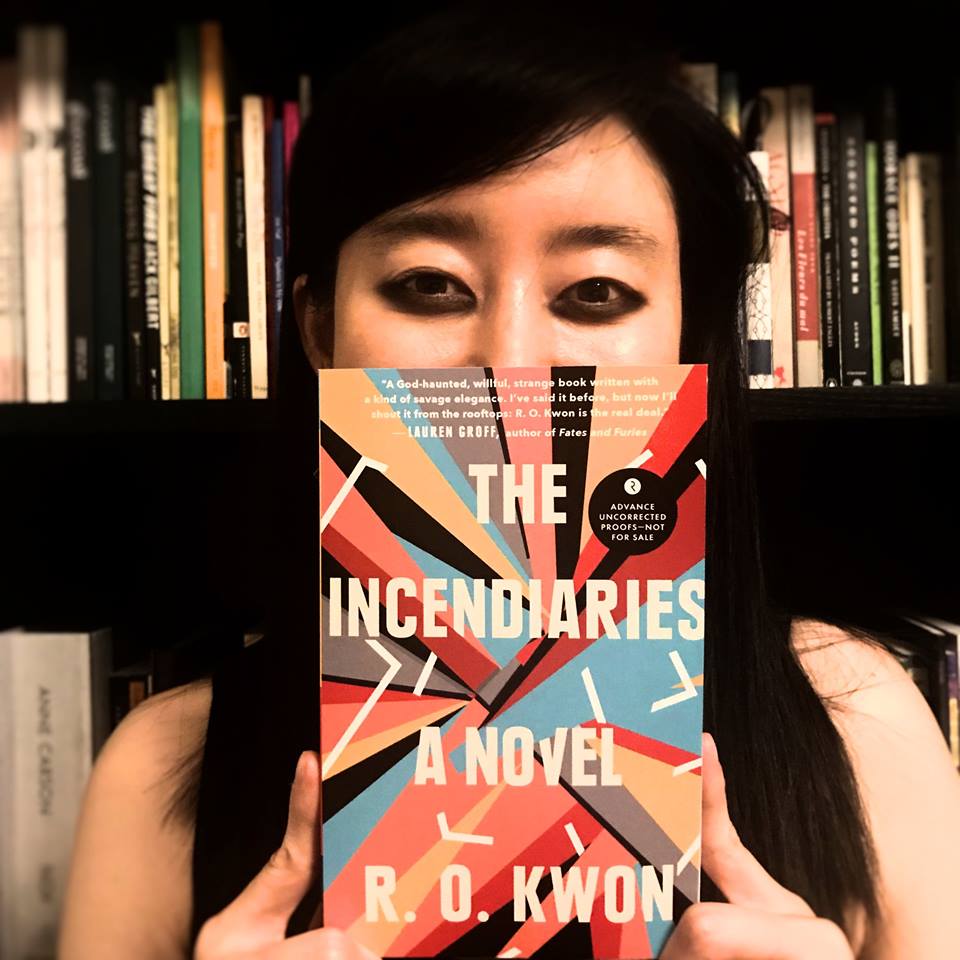 Can you tell us about your new novel?
Yeah! Well, I’ve been working on it for three years so I should probably stop calling it ‘new.’ It’s centered on a photographer and a choreographer, both women. The photographer becomes professionally involved with the choreographer, and then personally obsessed with her. With this book, I’m really interested in exploring questions of desire, want and ambition.

Is there a publication date yet?
Oh, no! I’m still working on it. My agent hasn’t even seen it yet — she’d really like to! But my first book took me ten years, so I’m like, ‘Oh, it’s only been three. It’s fine!’

P.S. More women share their beauty uniforms, including a neuroscientist and beauty editor.