Alabama’s Abortion Ban: What’s Happening, Why It Matters, and What You Can Do 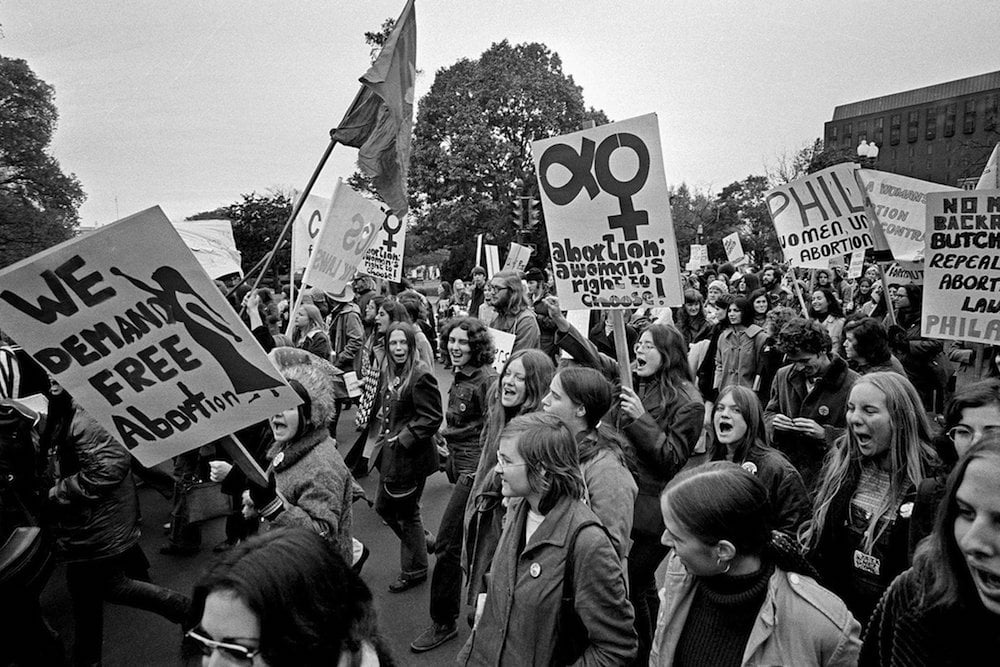 Yesterday, Alabama signed into law the most restrictive abortion bill in the country — with no exceptions for rape or incest. We wanted to break down exactly what’s happening and how it could affect every woman’s future…

On Wednesday, May 15th, Alabama governor Kay Ivey signed into law the most restrictive abortion bill in the country: a near-total ban on the procedure, with no exceptions for rape or incest. Under the legislation, doctors could face up to 99 years in prison for performing an abortion.

The law allows exceptions only “to avoid a serious health risk to the unborn child’s mother,” for ectopic pregnancy (when the fertilized egg attaches itself in a place other than inside the uterus), and if the “unborn child has a lethal anomaly.”

(When asked what would happen under the bill to a child who was a victim of incest and discovered she was pregnant, Republican Alabama state senator Clyde Chambliss, said that, while the young girl would have to carry and birth the baby, he hoped she could get mental help. “What I hope is, if we pass this bill, that all young ladies would be educated by their parents, their guardians that should a situation like this occur, you need to go get help — you need to do it immediately,” Chambliss said.)

Also, it’s important to note and spread the word: Abortion services are still safe, legal and available in Alabama right now. The bill will not take effect until at least six months after becoming law.

Is Alabama the only state where this is happening?

Alabama’s law is the most extreme, making no exception for rape and incest victims and criminalizing doctors who perform abortions, but other states have passed so-called “heartbeat bills” (banning abortion once a cardiac rhythm can be detected in an embryo — to be medically accurate, there is no actual heart yet — which usually happens around six weeks, an early stage when many women won’t even yet know they are pregnant), including Ohio, Kentucky, Mississippi and Georgia. Controversial restrictions are also being considered in states including Florida, Louisiana, South Carolina, Utah, Arkansas, West Virginia, Missouri and Indiana. (Here is a breakdown of state-by-state restrictions.) Another big issue overall is access: because of regulations specifically targeting abortion clinics, Kentucky, Mississippi, Missouri, North Dakota, South Dakota and West Virginia now each have only one abortion clinic left statewide, making access especially difficult for the young, rural and poor.

Why is this happening now? What could it mean for the future?

Politicians who are supporting the bill actually have a larger overall goal in mind.

Conservative states are passing more extreme abortion legislation right now for one major reason: the ultimate goal is to get the Supreme Court to revisit Roe v. Wade, the 1973 landmark ruling that recognized a constitutional right for a woman to end a pregnancy, and legalized abortion nationwide. For instance, if the Alabama anti-abortion bill is contested (the ACLU has already sworn to sue), then the case will likely rise up through the courts to the Supreme Court. With Trump’s appointments of conservative justices Neil Gorsuch and Brett Kavanaugh, the court now has a conservative majority. So, anti-abortion advocates see this as the right time to pass bills that are likely to be challenged and end up in front of the Supreme Court.

These anti-abortion laws are being passed with the direct goal of challenging Roe v. Wade.

Alabama governor Kay Ivey said as much in her official statement: “No matter one’s personal view on abortion, we can all recognize that, at least for the short term, this bill may similarly be unenforceable. As citizens of this great country, we must always respect the authority of the U.S. Supreme Court even when we disagree with their decisions. Many Americans, myself included, disagreed when Roe v. Wade was handed down in 1973. The sponsors of this bill believe that it is time, once again, for the U.S. Supreme Court to revisit this important matter, and they believe this act may bring about the best opportunity for this to occur.”

Will Roe v. Wade definitely be overruled if this case makes it to the Supreme Court?

It’s not entirely clear. But with five conservative justices on the court and four liberal ones, it’s not an exaggeration to say that a woman’s constitutional right to end a pregnancy is seriously threatened. (The New York Times reports that changes are likely to be more incremental in a court led by Chief Justice John Roberts, who has shown restraint when overruling precedent.)

What are some of the reasons a woman may want or need an abortion?

If the woman is a victim of rape or incest. If the unborn fetus or the woman has health problems. If the birth would cause psychological trauma. If the woman can not afford a child. If having a child dramatically interferes with a woman’s education, work or ability to care for her dependents. If birth control fails, and the woman does not want a child. Because it’s her choice and her body.

But what if you, personally, oppose abortion?

Many people who oppose abortion want to stop abortion by making it illegal. But the truth is, making abortion illegal doesn’t stop abortion. It just makes it less safe. Evidence has shown, time and time again, that women will continue getting abortions in places where it’s illegal — they just have to do it under illegal, unsafe conditions. Thousands of women die of complications from unsafe abortions every year, and many others suffer major long-term health problems, including infection and hemorrhaging. “This hurts women, their families and their communities, but it does little to reduce abortion,” says the Center for American Progress.

A better way to reduce abortion is to reduce unintended pregnancies.

The rate of abortions naturally declines when the number of unintended pregnancies declines. According to researchers, the biggest driver for abortion decline is increased access to contraception. (“Colorado, for example, provided birth control for little or no cost to low-income women across the state,” reports Vox. “Between 2009 and 2013, it saw the state’s teen pregnancy rate decline by more than 40 percent— the sharpest drop in the country over that time period.”)

Other ways to reduce the number of unintended pregnancies, according to the Center for American Progress: comprehensive sex education that includes medically accurate information about abstinence and contraception; insurance coverage of and public funding for family planning services; greater access to emergency contraception (which prevents pregnancy and does not cause abortion); and programs that help curb domestic violence and sexual abuse.

What can we do to help?

Donate. The ACLU, Planned Parenthood and NARAL are all fighting to defend a woman’s right to end a pregnancy safely and legally. The National Network of Abortion Funds helps remove financial and logitical barriers for low-income people seeking abortions. And in Alabama, The Yellowhammer Fund helps women in Alabama with medical costs, travel and a place to stay, if they need and/or want an abortion. (Alabama has only three abortion clinics, plus demanding state hurdles and waiting periods.)

“Alabama politicians will forever live in infamy for this vote, and we will make sure that every woman knows who to hold accountable,” said Staci Fox, the president of Planned Parenthood Southeast Advocates. “In the coming days, we will be mounting the fight of our lives — we will take this to court and ensure abortion remains safe and legal.”

Volunteer. Help support Planned Parenthood’s work by volunteering at a clinic or by making calls from home. You can sign up here.

Get local. You can find local ways to help, based on where you live, in this great Twitter thread.

Please leave suggestions of other ways to help, below. Thank you so much for reading. xo

(Photo by the Associated Press of a march in Washington, D.C., of women demanding legalized abortion, 1971, via the New York Times.)

By Joanna Goddard
Relationships
Coronavirus: How Are You Feeling?
March 11, 2020