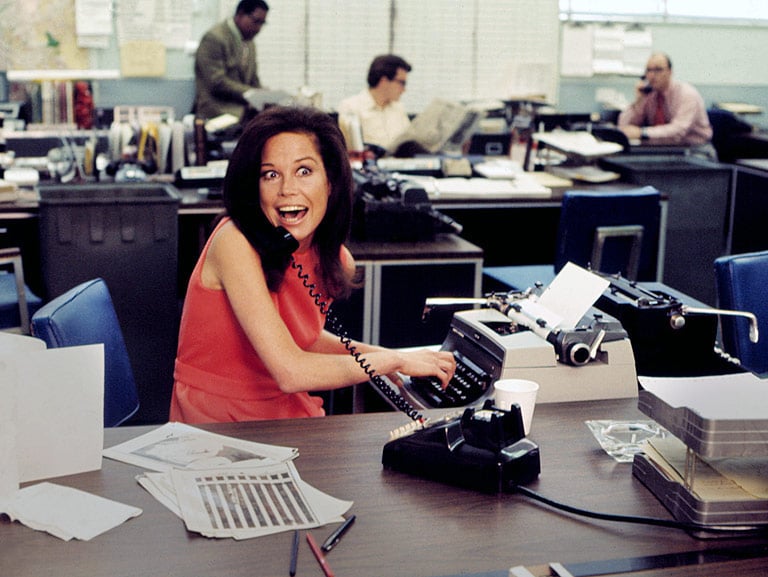 How do you sign your emails? This made me laugh…

“Contrary to popular belief, [XOXO] does not mean ‘hugs and kisses,’” Emma Rathbone wrote for The New Yorker. “If anything, it’s intended to convey light affection, like a pat on the butt from a Texan aunt… [XO] is like when you lean in to kiss your Texan aunt on the cheek but you both turn the wrong way and kiss on the mouth.”

What about idiosyncratic sign-offs? My friend David writes, “All good things,” which feels so elegant. “Love and other indoor sports” is the way a Judy Blume character signed all her letters. Writer Sadie Stein goes with “As ever.” An old crush once ended an email, “Yours and yours and yours,” and I almost blacked out from the romance.

I’ve written “xoxo” for so many years that it has now become a part of my name. My sign off, whether I’m writing to my husband or the exterminator, is “Joannaxo.” If it’s an important work email, I’ll sometimes leave it off, but a plain “Joanna” just looks SO RUDE.

Some people really stick with theirs. When Churchill declared war on Japan in 1941, he signed his letter to the Japanese Ambassador, “Your obedient servant, Winston S. Churchill.” When asked about it later, he pointed out, “It costs nothing to be polite.”

Do you have a signature sign-off? Do you ever sign “xo” in work emails? (Busted.)

Lol, there’s always some “expert” that knows better, isn’t there. Don’t know of anybody with any “contrary belief” about xo. It’s always meant hugs and kisses. You’re the only person on planet Earth that is ever said anything different about it. This is exactly why we home school our kids.

The comments here rule and I need an info graphic for the correct signoff because I have always used different things for different purposes. I’ve always meant “Thanks” to be a quick, casual response to someone I know pretty well (but clearly need to reconsider now). “Thank you” is an old standby that I don’t think can go wrong. “Thanks in advance,” for when I am asking for help (though now should I start saying “Thank you in advance”????). “Best” is reserved for people that are being annyoing/rude/ungrateful but I still feel like I need to be polite. “-Name” is for the particularly dire circumstances where someone follows up with a question that is clearly outlined in the original message. “Thanks for all you do” is my go-to for sending updates to my team. But “Let’s keep talking” has become my very favorite! I think it welcomes a dialog and makes it clear that our conversation is just getting going.

I imagine the work culture has a big role here. I work at a large museum where my immediate team of educators is often very informal and warm but working with other departments (curatorial or development for example) requires a different approach.

Loved revisiting this post as I was on a search for a friendly email sign off for the new year. I think I landed on “all good things” after reading through some of the comments because it feels very me, but my adorable 91 year old grandfather signs his emails “Great day, Marv” which is pretty adorable too.

I always use Best. For whatever reason, Your Obident Servent drives me wild? It’s seems insincere to me! But maybe best isn’t that much better? Best, Allie

My normal sign-off is “Enjoy your day!” followed by a smiley face (sometimes) and my signature block. Today, someone shot back with, “Enjoy your afternoon and evening” which, for some reason, I took as a challenge. You went for the subtle win by tacking on “evening” but I’ll one-up you by closing my reply with “Have a great week!” Then I remembered this comment section and burst out laughing! Hope everyone is having a good MONTH! :D

I have strong feelings about this! Someone in my office used to sign their emails “v/r,” which I had to look up and is apparently a military thing meaning “very respectfully.” But not so respectful that they’d spell it out! “Cheers,” to me, seems like you’re trying to be British. And “Best” always reminds me of Sex and the City when Samantha said writing “Best” is like saying “NOT Love.” I just saw an email from a colleague where he signed it “Grace and peace.” We are not a religious or spiritual organization …

Generally, I don’t have a set signature. If I’m asking someone to do something for me, I’ll write “Thanks,” but otherwise it’s just my name or something like “Let me know if you have other questions.”

As someone in the military reserve, I completely agree that outside of military settings the “v/r” alone approach may not be the best choice. But among other military members or civilian colleagues who “speak the languauge,” it’s a huge faux pas not to sign off with “V/r” or “R/” (the difference depends on who you’re corresponding with and their rank). But I do catch myself sometimes accidentally using it in personal emails or at my civilian job – whoops! My personal go-to is “All the best.”

I learned of using “Best” on a listserve, I’ve never seen it used before. This is going back to 2006 or so. I started to use it for fun, since that time, I’ve written to people who work for our state, tweeted someone famous and used it as well as friends and acquaintances via email. I thought I’d started a trend when I saw the term used on a sitcom-after I’d used it in a tweet. And have had State employees email me back using it.

Thoroughly enjoyed reading this post and the comments. How absolutely fascinating!

I often use ‘Best regards’, which sometimes gets shortened to ‘Best’. I always just preferred ‘Best’ over ‘Kind’. I also use ‘Thanks’ or ‘Many thanks’, but have just switched to ‘Thank you’ after reading this :)
It never occurred to me that anyone would find ‘Best’ or ‘Thanks’ irritating or rude – yikes!

I am also guilty of using a lot of exclamation marks (and smiley’s) which I sometimes think might be seen as unprofessional. Ultimately I am just aiming to make someone’s day a little brighter, whether it’s via email or text or a face to face interaction :) so I can’t help but type with enthusiasm!

My dear grandmother signs her letters and cards ‘with great love’ which I adore. ‘Great love’ just feels so huge/infinite/genuine/unconditional/warm/fuzzy/kind!

Mine used to be “All the best”, then it was “Cheers” and now I have none. I only have my name and logo at the end of the email contents. Sometimes, I’d end my note with “thanks” or “have a great week/day” if it applies. I’m not against sign-offs, but I’ve resolved to just type the way I talk (or closest to the way I talk). Outside emails, we don’t usually have a sign-off anyway, so I thought to let all of them go. But that’s just me!

Love the comments! PSA: capitalize only the first letter of whatever closing you choose (in the U.S. at least). “Best regards,” NOT “Best Regards.”

There’s a professor I work with who sometimes says “Best,” which I detest, but then other times it’s “All best,” … : |

All best… what? Wishes? Regards? Cheeseburgers? You weren’t done, man. Love this guy, but the sign-off kills me. It’s like a TV show with a cliffhanger—you’re just wrapping it up on a sentence fragment!