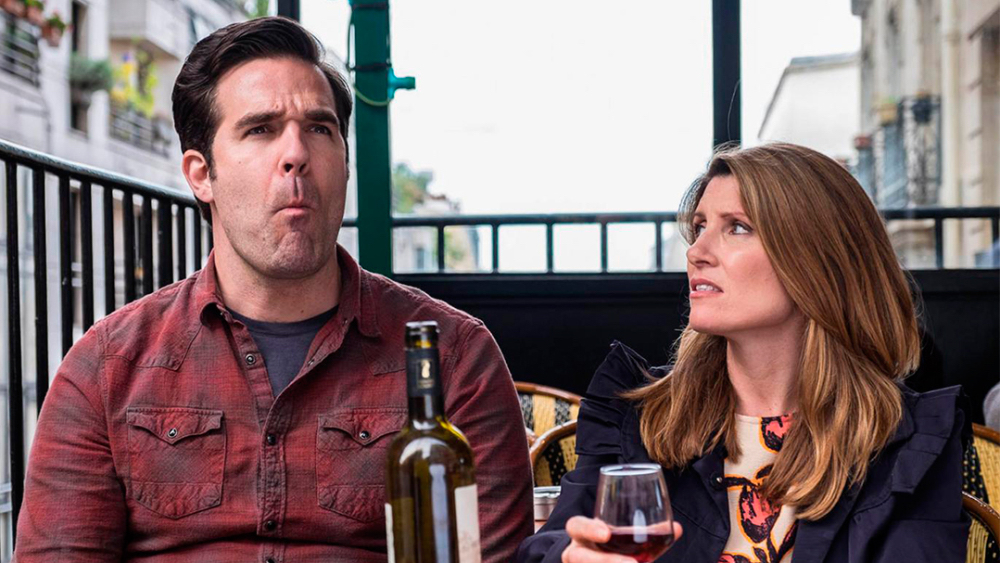 Mark your calendars: The release of Catastrophe’s fourth season is just one week away on March 15th. The show follows an Irish teacher (Sharon Horgan) living in London as she falls for an American advertising exec — and all their ups and downs as they build a life together. It’s so funny, even just seeing Rob Delaney’s giant head, above, makes me laugh out loud. 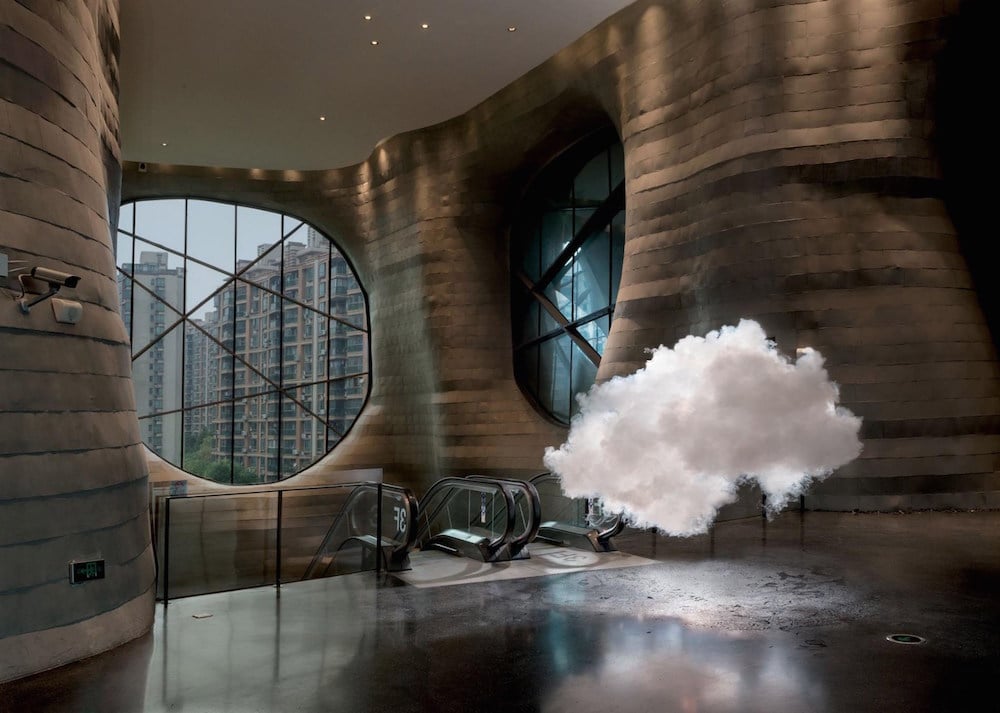 Dutch artist Berndnaut Smilde makes clouds in unexpected places, using just smoke and water vapor. Something is so moving about them, don’t you think? They have such childlike personalities but are so vulnerable and ethereal. 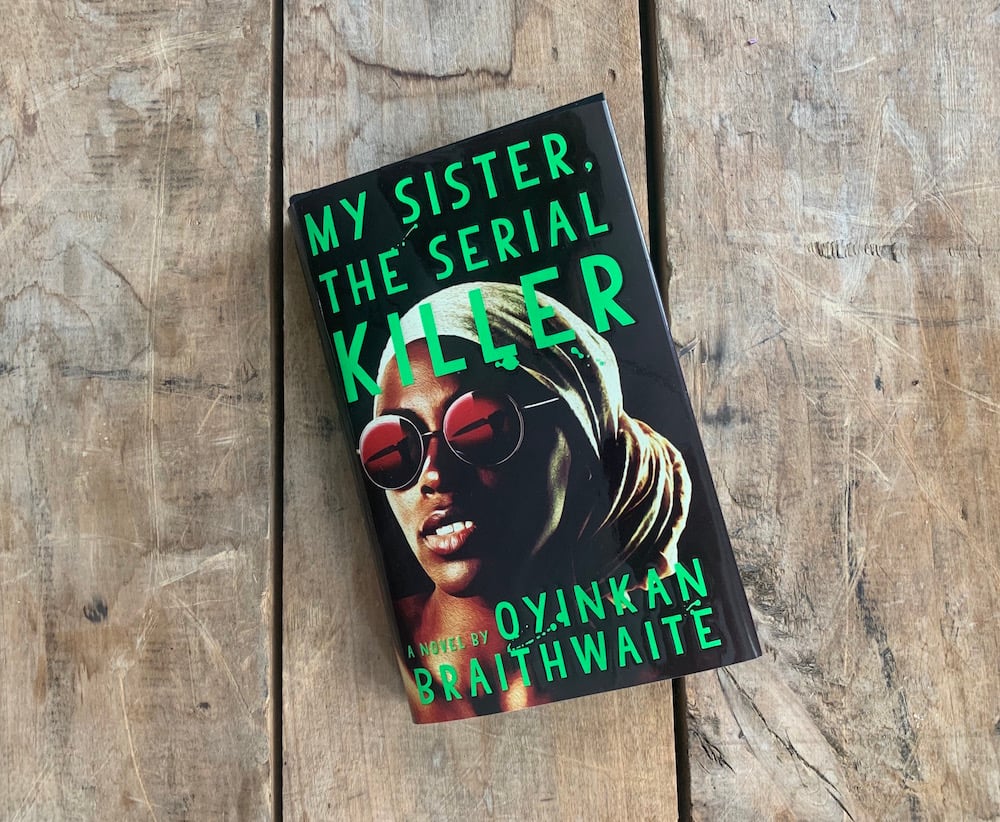 Have you read anything good lately? I’ve been tearing through My Sister, the Serial Killer. Part thriller, part dark comedy, the pulpy plot keeps me up late reading every night. The book is a “scorpion-tailed little thriller,” says the New York Times; and Marie Claire calls it “the wittiest and most fun murder party you’ve ever been invited to.” 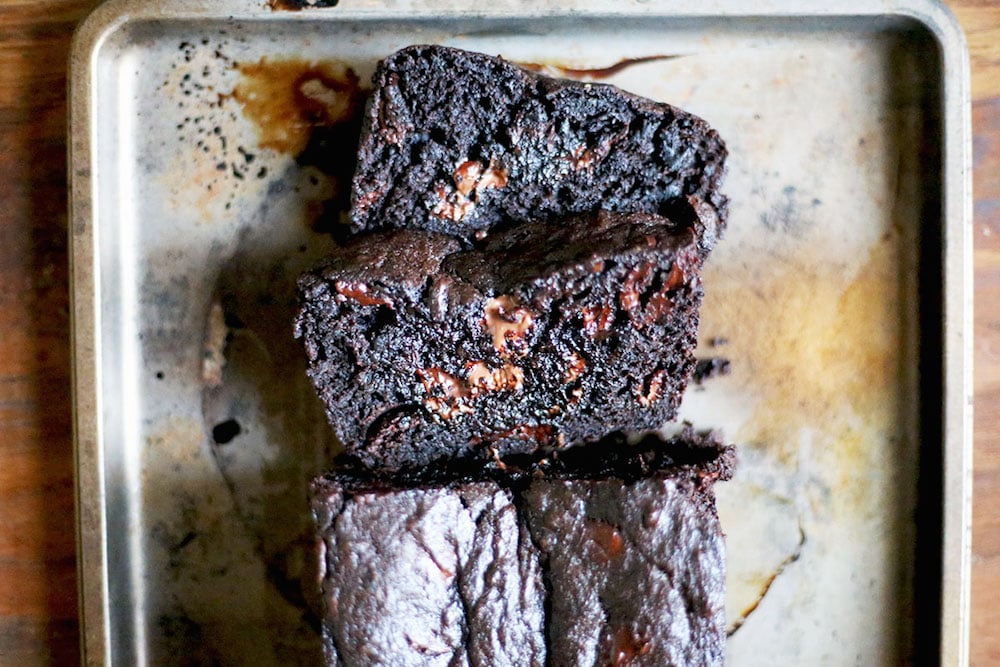 We are having some friends over this Sunday morning, and we’re been brainstorming something sweet for everyone to nibble on. Any recommendations? I’m leaning toward this chocolate banana bread, which seems surprisingly easy and uses mostly pantry ingredients.

Tags: fun things
92 COMMENTS
WRITE A COMMENT
Array ( )
Design
most popular
01
My Sister’s Home Makeover
02
What Are Your Top Three Books?
03
The Ultimate TV Guide (If You’re Looking for Something Great)
04
Catherine Newman’s House Is a Joyful Jumble of Books, Games and Cats
05
Behind the Scenes: Making a Magazine Cover
May We Suggest…
By Joanna Goddard
Design
Five Fun Things
September 18, 2019

Thanks to your recommendation, I downloaded My Sister The Serial Killer on my kindle and devoured it in two days! My sister is my best friend, so I was immediately fascinated by the relationship between these sisters. A quick read that left me wanting more!

Hi I made that banana cake and WHOA. Highly recommend.

so glad to hear it!!!!!! we ended up making a fruit salad and getting apple cider donuts, but next time that cake it mine :)

Such a brilliant show. So sad this is the last season.

Just laugh cried through the Catastrophe trailer. That show is absolutely brilliant. So excited to watch but so sad it’s over.

In Honor of International Women’s Day I have to suggest “Good and Mad” by Rebecca Traister. https://www.goodreads.com/book/show/39939208-good-and-mad I loved, loved, loved this book. It’s non fiction and about how women (and our anger) have propelled movements and history. I was cheering the author on, angry by how much I learned for the first time while reading this book, and utterly inspired by it’s message. I think you guys will love it too!

I’m reading Dear America, Notes of an Undocumented Citizen by Jose Antonio Vargas. It’s just incredible, I can’t put it down. Required reading for compassionate hearts in this age.

Is anyone else bothered by “…the most fun murder party you’ve ever been invited to”?

Thank you for saying this. Yes, I find it incredibly insensitive. My best friend was murdered at age 22 in a senseless act of random violence. This book description, along with shows like CSI or podcasts like “My Favorite Murder” seem to glorify violent crime. I am envious of people who find this type of content entertaining, because it implies they don’t know what it feels like to lose someone to murder.

I’m currently reading “Kid Gloves” by Lucy Knisley. I’ve loved her since you recommended “French Milk” many moons ago. In fact, as I was reading her new book about motherhood last night, I was thinking that it would be so cool to see you do a Week of Outfits or Beauty Uniform with her. She is unconventional, she seems so accessible and cool, and I’d be really interested to see her responses.

Yes! I love Lucy so much. Her instagram is just the best.

I love the whimsical cloud photos.

The book, on the other hand, sounds like the epitomy of abuse, codependency, and toxicity. Not sure why it’s being recommended.

I have a book rec for mystery/ thriller fans: The Current, by Tim Johnston.
I loved the writing and the characters.

Someone’s probably shared this already, but have you read Rob Delaney’s latest feature in Vulture? https://www.vulture.com/2019/03/rob-delaney-catastrophe-profile.html Like the show, it will have you laughing and crying.

Also, I’ve seen those clouds in person! Beautiful and surreal.

yes! we were saving it for the link list, but it will be up soon :) i LOVED it. he’s amazing and his quotes were really beautiful.

Just finished Where the Crawdads Sing in less than 3 days. Loved it!

“The show follows an Irish teacher (Sharon Horgan) living in London as she falls for an American advertising exec — and all their ups and downs as they build a life together. ”

This is so not how I would describe Catastrophe!

More like “An American advertising exec and an Irish teacher get knocked up and decide to give it a go. Hilarity ensues.”

Can’t beat a bundt cake and coffee for a late morning gathering with friends.

I am on a mission to instigate a coffee cake comeback. I find them superior to muffins and scones. Ok, not really, I just said that to be dramatic, so no need to reply with a pro-muffin political statement, but I do love a good coffee cake and they seem to have been relegated to the dusty archives of my mother’s generation. And I, for one, think they deserve more. (I am the norma rae of coffee cake!)

Amen to Claire on the coffee cake revival. Can this be a cookbook? (Or my future band name..? Haha.) I secretly want to start a monthly baking club where we all bring variations of coffee cakes and hang out on weekend mornings.

“my future band name” = hahaha, i would totally listen to coffee cake revival!

I really love the idea of a cookbook titled, Coffee Cake Revival. Here’s my dear friend Stacie’s grandma’s recipe, it’s amazing. She makes it for me whenever I come visit.

Posie- terrific band name, and I love the bake club idea. Also now I think I should open a coffee shop called Coffee Cake Revival. Thanks, Sasha for the recipe. I saved it and will give it a go. Here is a recipe that I have been making since I was a girl, from my mother’s old 1950’s University of Chicago cookbook.

Claire, omg yum!!! Saving your Apple cake recipe for our next cake occasion, like the day being Friday.

Love all of these fun things, and I can’t wait for Catastrophe season 4.

Ultimate nibble: Olive Biscuit Cookies Recipe from 101 Cookbooks. A perfect sable. I have been making them for years, I would say they’re the OG version The Cookies.

This is essentially a clafouti, it’s so easy to make and you can use whatever seasonal fruit your heart desires.

As for books, I just finished Mary Roach’s Packing for Mars and I’m about to start The Dry, by Jane Harper.

oh my gosh, that looks SO good.

Currently reading The Library Book by Susan Orleans. Love her writing–The Orchid Thief is one of my all time favorites.

Thank you for this!! I heard a fascinating podcast about her books a while back and wanted to read them, but then forgot! Just put both on hold at my library.

I freaking LOVE Catastrophe! Sharon Horgan is a queen.

I’m in the UK so I’ve already seen Catastrophe 4, no spoilers but it’s bittersweet :(

Banana bread is great, but I particularly love these: https://food52.com/recipes/15110-cinnamon-sugar-breakfast-puffs

My dad made these in mini-muffin tins when I was a kid, and the littles can help dunk each in the melted butter and sugar. He always added a little nutmeg to his sugar, too. They taste like donut holes.

I wish Catastrophe would spin off a series that just followed Chris of Chris and Fran. What an amazing actor he is!

I love EVERY scene with Chris!

omg omg omg CATASTROPHE and Queer Eye on the same day!? Beyond excited ;)

I second this request

I love Catastrophe sooo much!