An 8-Minute Film That Made Me Cry 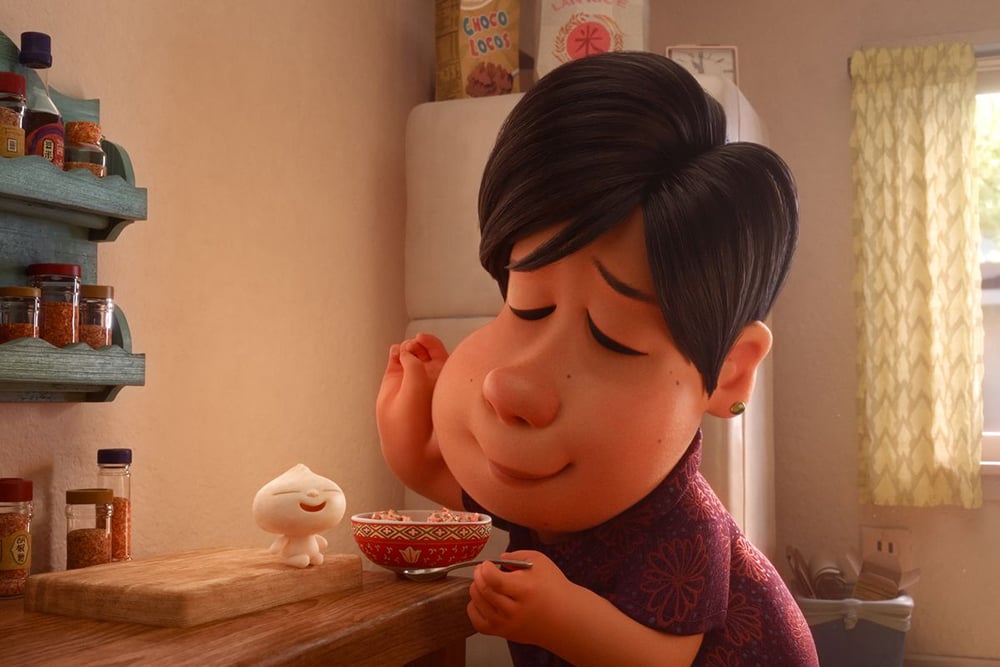 This summer, Alex and I took the boys to the movies, and I wept in my seat…

I didn’t cry because of the movie Incredibles 2 (which I actually didn’t love — so frenetic!), but instead because of the short animated film called Bao, which played first.

Here’s the story: In Bao, an older Chinese woman feels lonely at home. One morning, while eating breakfast with her husband, one of her pork dumplings springs to life as a giggly dumpling boy. She adores the little guy, but as he grows up, she realizes that nothing stays small forever. An unexpected twist? She eats him.

Your animated short, Bao, which is currently screening before Incredibles 2, is about a woman who raises a pork dumpling as her son. In the end, the mother eats him. That was a crazy moment! What inspired it?
My mom would always hold me and hug me and say, “I wish I could put you back in my stomach so I knew exactly where you were at all times.” And I would say, “Aw, Mom, that’s sweet … but creepy.” That was the spark for that particular moment.

When I saw it, everybody in the theater gasped.
Oh, good. I love that. That swirl of conflicting emotions.

And one of her quotes in the LA Times:

There was even a point where I almost chickened out and I changed the ending so it wouldn’t be as shocking. But then luckily I pitched it to Pete Doctor, the director of Inside Out and Up and Monsters Inc…. He heard my more watered down ending and said, “Pitch the original one! Pitch the original dark one!” He was awesome in really encouraging me to stay true to my weird, original idea. I think through his support, saying “Don’t be afraid to push it, be as culturally specific as you want it to be,” it gave me the confidence to push the style and push the storytelling in the way that I really wanted it to be.

There’s another twist at the end, and it’s so, so sweet and touching. Every adult was a blubbering mess!

Watch Bao here, if you’d like. Have you seen it? 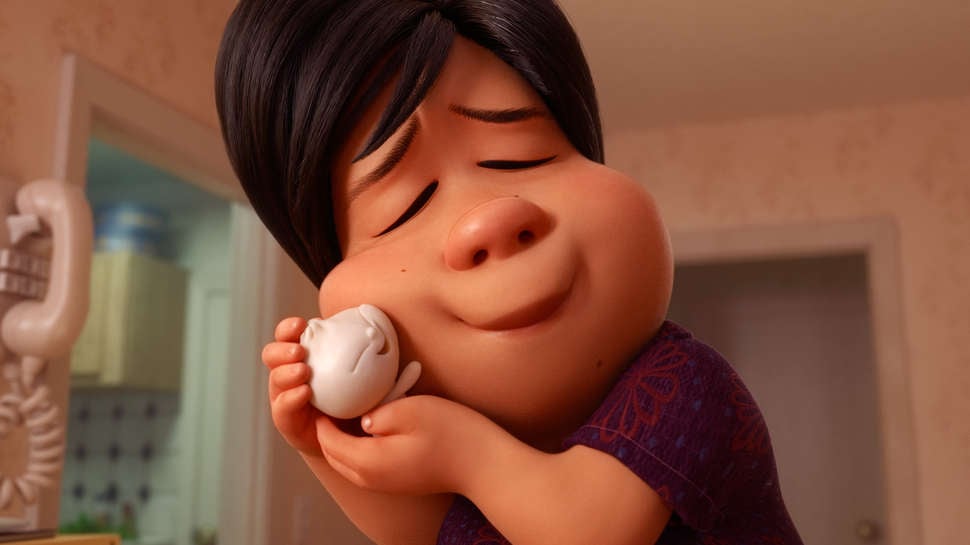 P.S. 30 amazing documentaries, and how to stop yourself from crying.

Loved this short! So unexpected and moving.

Oh yeah, bawling. My husband and kids thought I was crazy. My kids (3 & 6) at the time still talk about how she eats him! So good!

Omg, same! My boyfriend and I (we’re both 29) went to see INCREDIBLES 2 in the theater and I liked it, it was adorable, but when I left I was in tears talking about how much I loved this little short film. My boyfriend was like, “Whatttt, it was so weird and I didn’t get it,” lol. It really moved me. I went home and read all about the director and made a note to myself to follow their work. xo

SAME! Went with my too-cool kid brother, who’s a freshman in college, and we both bawled and wanted to call all the mom figures in our lives afterwards – aka before Incredibles 2 even started :D

I remember seeing this! It was such a good film! I was ready to go home after seeing it! Thank you for providing the link. Well done all around for those who worked on this short but super impactful film!

To be honest I think I had the same reaction as some of the freaked out younger kids to this – I was horrified when she ate the son!! I hadn’t picked up on the symbolism of the dumpling as a grown son and had totally bought into the idea of a little dumpling boy (it IS Pixar after all – all kind of inanimate objects come to life AND I was thinking how similar the story was to The Tale of The Princess Kaguya, or the Japanese folklore hero Momotaro https://en.wikipedia.org/wiki/Momotar%C5%8D).

Amazing animation though, I love how perfectly human the characters are, every little emotion and no words needed. Seriously though, I do still feel a little traumatised.

Thank you so much, Joanna, for posting this short film. It really resonated with me as I am Chinese and my mom was a dim sum pastry chef for many years. In fact, the years of handling all that cold dough crippled her hands and by age 60, her fingers were twisted and she could no longer use chop sticks. My mom worked 12 hour days 6 days a week and on her one day off, she would spent most of the day making delicacies for us. My older sister and I were responsible for cooking the daily dinner rice and side dishes everyday so dinner would be on the table when my parents returned in the evening. Mom would arise at 4 AM to do dinner prep for us. As we got older we were responsible for the entire meal. All 5 siblings were expected to have bathed before dinner so there would be enough hot water for my parents to use after dinner. If there had bene harsh words between my mom and the kids (especially the daughters), mom would always cook something special for that child to show how sorry she was. We would be especially well behaved and keep the flat very clean and tidy and be especially quiet and respectful to show how sorry we were. For many years, after dinner, mom and eldest brother would go off to wash dishes at another restaurant for extra money. Now my mom is 91, in full blown Alzheimer’s and has not recognized any of us for the last 8 years. I forwarded the movie to my older sister and several of my Chinese friends who said they could not stop crying after they viewed Bao because it brought back so many memories of their relationships with their mothers

Susan, thank you for sharing your story. I wonder how your mom is today. Alzheimer’s is a cruel disease – robbing us of the memories of our loved ones. I am so thankful you shared your story and the beauty that your mom created through food as a way to express her love.

I hadn’t seen Bao before….and I wish you hadn’t put one of the twists in your article! It’s a big spoiler to put that he’d been eaten, and I wish I could’ve felt the same surprise as others mentioned in the comments.

Maybe next time you could consider saying spoliers ahead?

My 6 yr old daughter was terrified of this film. She had nightmares and talked about it incessantly for about a week. She thought it was sooo scary that the mom ate the baby! It cracked me up, actually. This made more of an impression on her than Incredibles 2.

I ugly cried when I watched this in the movie theater. It is one of the most moving things I have ever seen and reminds me so much of parents love for me. I also wanted to thank your your posts this week – between this post, the Korean food post and the outfit post featuring a person of Asian descent – thank you. Representation really does matter.