Help! Which Color Should I Paint My Cave? 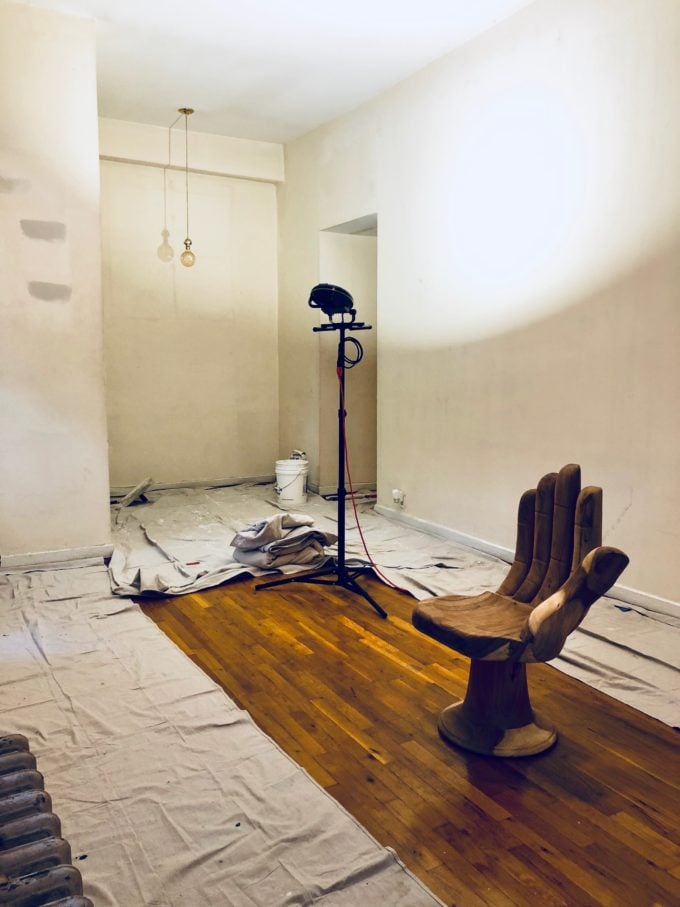 After I planned to never move again, something surprising happened…

“I have news,” whispered my neighbor, when I ran into him on my way out of the building. I was expecting him to say something like, “M&M’s are on sale at Rite Aid,” but instead, he shared that he and his wife were relocating to Europe, thus leaving behind their apartment with an actual YARD.

In New York City, an apartment with private outdoor space is like encountering a unicorn with a winning lottery ticket — something you cannot ignore. And so, after sixteen years in this city, and three years in my previous apartment, I took the plunge… down four flights of stairs, into my new space.

I figured moving within the same building would be a breeze. “Who needs boxes?” I thought. “I’ll just put everything into tote bags and make a million trips down the stairs!” This was a bad plan. Do not do this.

In the end, though, it was definitely worth it. The ceilings are gloriously high. The kitchen is user-friendly (my last one was not). There is room for an actual home office! And again: YARD. But here is the one thing I can’t figure out: What color do I paint the bedroom?

Here’s what you need to know before answering this question: The bedroom is a cave. As in, it completely lacks windows. (Have you ever tried to sleep in a cave? It’s amazing! It’s quiet and cozy and juuuuust dark enough that I can sleep soundly until morning, like some sort of teenager.) But what color should it be? What are the best options for a room that could double as Gollum’s lair?

Here are four candidates, straight from my Pinterest board… 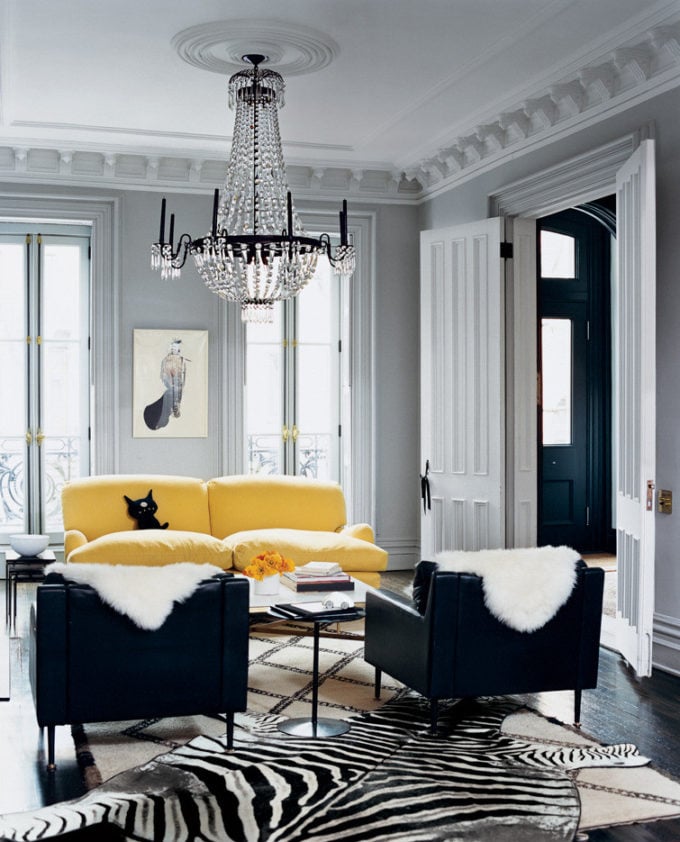 1) My first instinct is to paint it light gray, like Jenna Lyons’s former living room. It’s got a hint of drama, but not too much. Plus, since gray is a non-color, I likely won’t tire of it. But will gray look drab? Will it feel like waking up inside a raincloud? 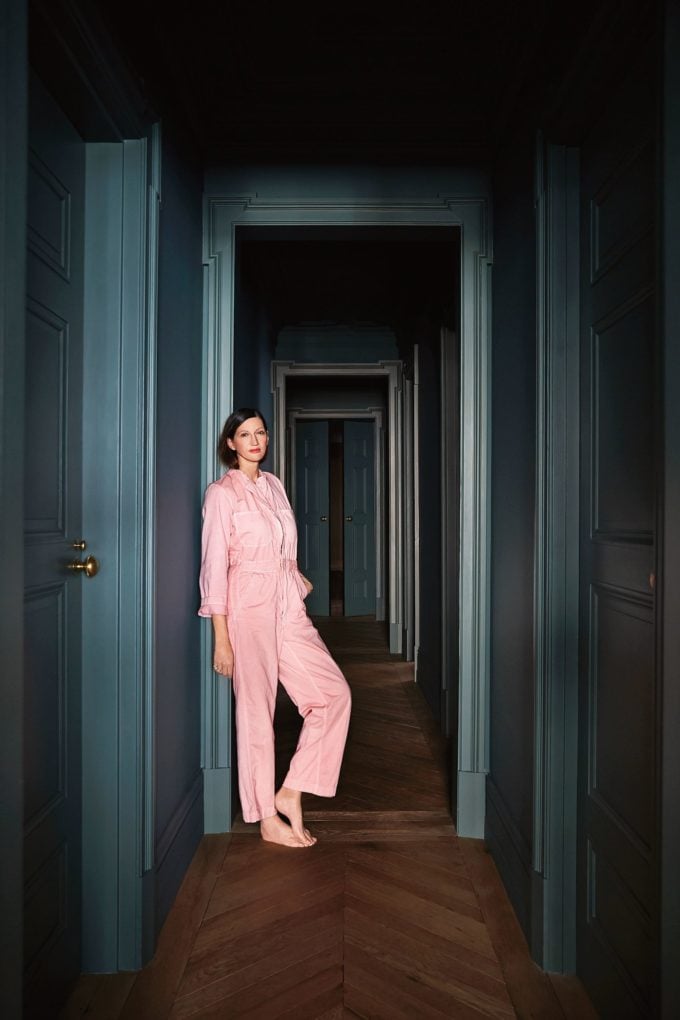 2) The next option is green, particularly a deep saturated green, like Jenna Lyons’ current hallway. Has a color ever looked so regal? Yet I must ask the obvious question: Do I really want green walls? Or do I just want to be Jenna Lyons? (Insert thoughtful emoji.) 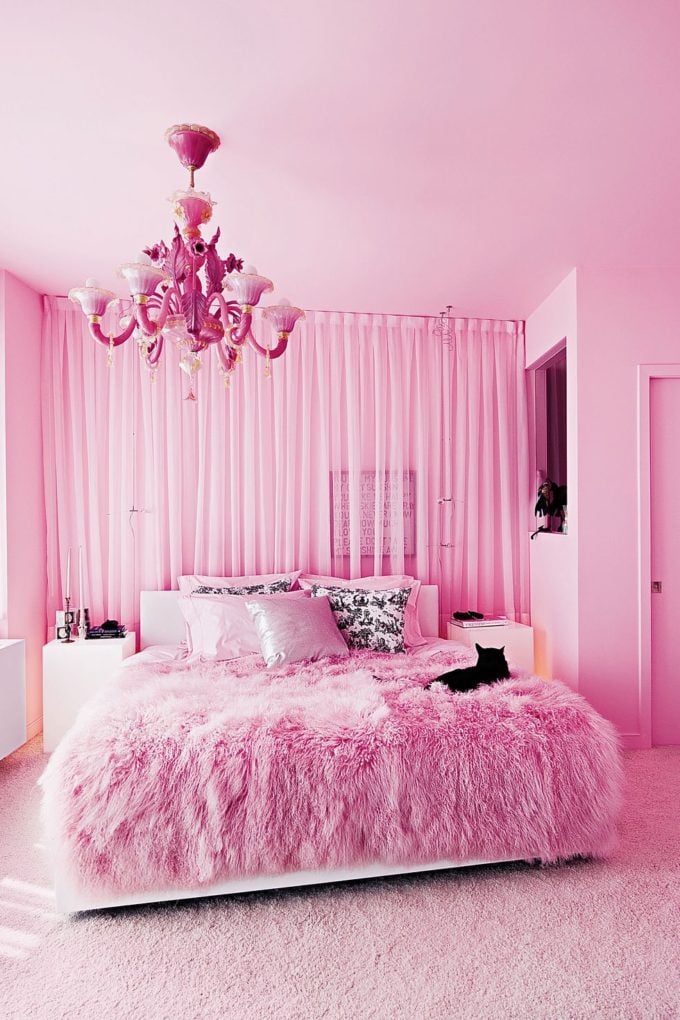 3) The third option is just to get cray with the color and paint it this cheery pink. You only live once, right? But I fear that my waking life could start to feel like a boundless bottle of Pepto. 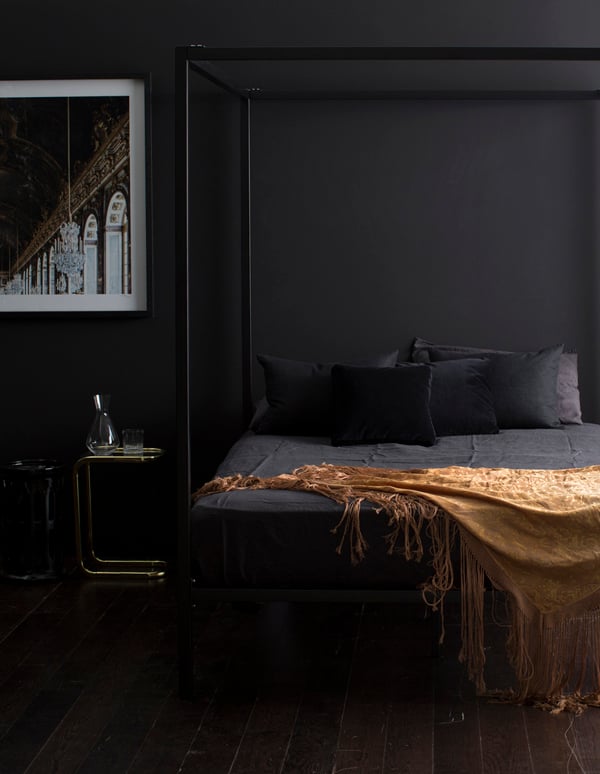 4) The final option is to lean all the way into the cave and embrace the drama, with a color as dramatic as can be. When I asked the guy at the paint store what color one should paint a verrrrry dark bedroom, his response was, “As dark as possible!” He explained that when you paint a dark color in an already dark room, it creates the perception of depth and tricks the eye into thinking the walls extend farther than they do.

What color would you choose? Do you have any favorite colors I’m missing? Let’s discuss…

P.S. A colorful Seattle home, and a purple-filled Brooklyn townhouse.

446 COMMENTS
WRITE A COMMENT
Design
most popular
01
My Sister’s Home Makeover
02
Emma Straub’s Brooklyn Family Home Is a Book Lover’s Dream
03
What Are Your Top Three Books?
04
The Ultimate TV Guide (If You’re Looking for Something Great)
05
Behind the Scenes: Making a Magazine Cover
Subscribe
Login
446 Comments
Inline Feedbacks
View all comments
Parker

One more thought… Have you considered our warm and comfortable friends in the orange family?

I’m going as black as pitch personally. I find it to be quirky yet charming, alluring, peaceful, deep, every colour on the chart is complimented by or compliments it, and black’s best attribute for me is that it is a killer back drop for artwork and my collection of antique picture frames. Enjoy!

Can we please have an update and photos?!?

There’s a lot of colour inspiration on this blog, she even has her own shade of blue made by a paint company: https://krickelins.se/harmoni-med-clear-paris-pa-vaggar-och-tak/
Happy browsing, inspiration and nesting in your new space!

I’d go dark – what a great excuse to do it. You can’t possibly look at it later and think, am I wasting what little natural light I have?? For you have none. I think the super dark or the dark green could work to similar effect.

Is there an update on paint color choice?!

All solid options! Except pink….but I’m just not a fan in general. :) Curious to see what you pick!

I lived in a Pepto pink dorm room while studying abroad in France, and it was *not* cute. Or cheery. I vote for the deep green!

farrow and ball down the pipe high gloss, wallpaper the ceiling.

wallpapering the ceiling — what a great idea!!

I would also go dark, but probably navy or blue black (Farrow and Ball have a lovely one, plus Off Black), possibly with one feature wall in a warm mustard colour. I’d also try testers in deep green or aubergine. But then have white furniture and bedding with it.

Not the crazy bright pink!

That lovely dark teal or maybe even a deep purple—aubergine!

I vote option 2 or 4. as Maria Killiam https://www.mariakillam.com/ [the true , expert] says “you will never warm a dark room with light paint, it will only look dingy. Dark rooms with wonderful lighting is the way to go.

I am a Maria Killam fangirl, she speaks the color truth!! Her blog has been so helpful to me over the years, and when we finally built our new house I nailed all of the finishes because of her wisdom. Highly recommend her blog!

Option 2! We have the most beautiful muted green hallways in my apartment building ( which is cavelike) and they are delicious. Makes me want to paint my apartment the same! Which I might just!

We better get a home tour when this is all done!

One option is to think about a wall color that complements your skin tones or coloring. Want to highlight your blue eyes, think of yellows (or oranges). Got warm brown hair/skin – think of rich blues. You want the star of any room to be you.

Don’t forget to consider what you do with your ceiling. Use a ceiling color to reflect light into the room with a lighter color or how about you bring in strip LED lighting (nicely hidden) near the top of your walls to bring the ‘sun’ into the room if you want to minimize the cave effect.

Finally, as you settle in, little things (the lightbulb tone of your lamps, where you put mirrors, etc.) impact the vibe of the room – those can be easy things to change and enhance the look that you’re trying to achieve!

As dark as possible!!! I did this once with a tiny bathroom and it was my FAVORITE room in the house!

It depends on the colour of your furniture and bedlinen. If you have warm, red, wood linen/furniture, I’d go with the dark green wall. But if you have cool, blue, green colours already, I’d go for a warm, pink or burgundy wall. Colours create such contrasts, which is beautiful.But gray would work with either. Congratulations on the apartment!

Grey! Go with one that has just a hint of a soft purple underneath, it will work with everyone. I used to have hints of a light turquoise / sea foam green in my bedding and curtains, but swapped out turquoise this winter for different shades of pink. Now it is my girly, super calming retreat at the end of a long day.
Congrats on the new space – Have fun with it! :)

I painted my dark bedroom a deep, moody teal color and loved it. The color contrasted really nicely with the brass lamps and other lighting that I needed for the space, and it felt really calm and inviting despite being a dramatic color.