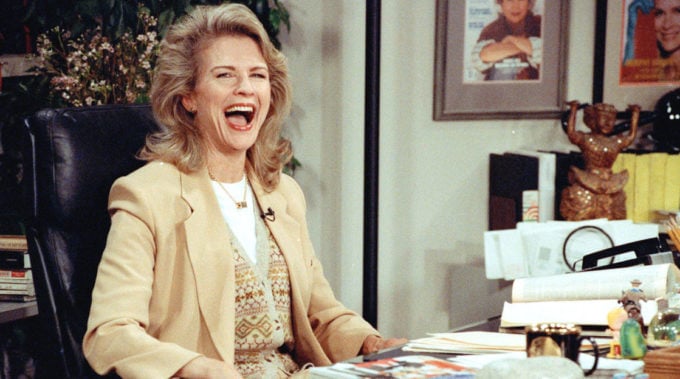 Once upon a time, I was freaking out over an impending job change, when my former boss told me something that changed my life…

She said, “People hesitate so much before making career decisions, but the decision itself doesn’t matter. The important thing is what you do AFTER.” Her point was that sometimes, when you’re considering an offer or deciding whether to make a jump, it can feel like you’re staring down the rest of your life, when really you’re just taking a step. Later on, you can readjust, or change course, or make an entirely different decision. She helped me understand that no decision is final, so don’t be afraid to proceed.

Because sharing is caring, I asked 12 women to share the career advice that has helped them the most. Here is what they had to say:

Find Your Board of Directors
“My longtime mentor told me that everyone needs their own personal ‘board of directors.’ These are people you can call for advice in any given career scenario. Who do you call when negotiating a contract or salary? Or when dealing with a challenging colleague? Or when you need advice on a company’s culture? I have a range of people who sit on my personal ‘board’ — everyone from previous bosses to friends from different stages of life.” — Alexandra, corporate communications director

Be Curious
“One of my first bosses would yell down our magazine’s hallway, to no one in particular: ‘Is no one curious any more?!!!!!’ I didn’t understand it at the time (dismissed it, in fact, due to the delivery format) but ultimately that urgent focus on curiosity is something I now encourage others to do: always ask why, always dig into and explore an unfamiliar reference, don’t cling to the well-worn path as there’s rarely anything new or memorable there. I just don’t shout it from the rafters.” — Susan, marketing director

Be Mindful of Feedback
“My best advice came from my (annoyingly enlightened) little brother. He said, ‘Receiving feedback on your performance is important for development, but not all feedback should be internalized.’ He explained that you can choose which pieces of feedback to internalize and which to discard. It’s important to be open to criticism — even to seek it out — but don’t assume that just because it was given by a superior, it must be right.” — Stephanie, management consultant

Know Your Worth
“I keep a running document of all the things I’ve accomplished, because it’s easy to get caught in the daily routine and at the end of the day, week, month, year have a hard time seeing the bigger picture of your impact. This is helpful when asking for a raise or promotion, but also helps you understand your own worth.” — Arsie, human resources manager

Learn From Your Mistakes
“An early mentor told me, ‘A great engineer is measured not by never making mistakes, but how they handle themselves when they do.'” — Katie, engineer

Don’t Overthink It
“I remember agonizing over a decision and asking my boss for help. Should I go with this location or that one? I gave him the pros and cons of each, and he said, ‘Sometimes there isn’t a right one.’ This has helped me enormously in directing, where you have to be decisive in the moment. Sometimes it really doesn’t matter. Sometimes either would work. Move on!” — Lisa, TV commercial director

Your Path is Your Own
“I’ve been with the same company for ten years and sometimes question if that’s too long. But recently, a managing partner from another company came to speak to my office women’s group. She told us she’s been with her company for over 20 years, and advised us that as long as you keep expanding your knowledge and growing in your role, and are being treated well, there is no need to change jobs throughout your career. I was so relieved to hear this.” — Ilene, accountant

Be an Open Book
“A colleague once told me, ‘Perception is reality.’ At first I thought it was superficial advice, but then I realized it was TRUE. Nobody knows what’s inside your head — they only see what you present to the world. As a literary agent, I’m an open book with my colleagues. I share what I’m working on and whatever challenges I might be facing, and I’ve found that it disarms people, inspires real connection and allows me to control the way I’m understood, both as a person and a professional.” — Eve, literary agent

Include Everyone
“Some of the most innovative ideas I’ve seen take shape have been a result of the highest paid person in the room taking the time to gather information from everyone in a meeting, even the interns taking notes in a corner. Ask everyone’s opinions, and treat everyone you meet (no matter their level) with respect and open-mindedness.” — Taylor, social media editor

Embrace a Different Story
“Don’t be afraid to disappoint your past self who made a plan that doesn’t fit now. You have learned and changed along the way, and so those past efforts weren’t wasted; they were what you needed to get the perspective you have now. Trust the decisions you made in the past were right for that time, and make the decisions that are right for you now. — Abigail, ob-gyn

Put Yourself Aside
“My best career advice came from a frustrated art director. We were looking at book cover designs together and I kept saying, ‘I don’t like that font’ and ‘I don’t like that color’ and she finally said to me, ‘This isn’t about your personal tastes. It’s about what works on this book.’ And that is one of the most important lessons a collaborator can learn — to put yourself aside and focus on the needs of the thing you are helping to make.” — Susan, editorial director

Trust Your Instincts
“The best advice I’ve gotten was actually very simple: ‘You know much more than you think you do.'” — Avery, executive editor

What’s the best career advice you’ve ever received? Please tell us in the comments!

P.S. 10 things I’ve learned in my career, and 11 pressing questions for an ob-gyn. Plus, more great career advice.

By Kelsey Miller
Relationships
Do or Don’t: Talking To Your Coworkers About Salary
March 19, 2019

229 COMMENTS
By Harling Ross
Relationships
The $20 Item That Changed My WFH Game
September 17, 2020