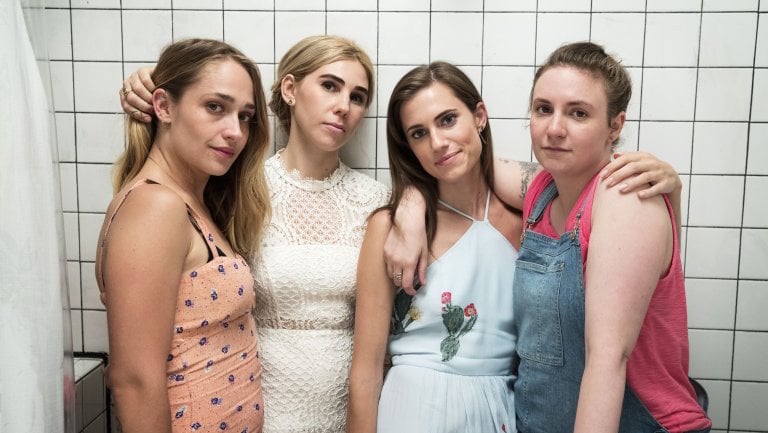 After five years of our enduring the impetuous behavior of Hannah, Marnie, Jessa and Shoshanna, the end of Girls has come. Frankly, I’m a little sad about it. They were like sisters-in-law might be: I wouldn’t necessarily choose any of them as a friend and oh could they get under my skin, yet with time, I began to care about each of them. Hannah is not the one and only “voice of her generation,” but I believe that Girls will forever be a reference point for what it’s like to struggle in your 20s. Here are 11 things I loved about the show (spoilers ahead)…

1. Dancing Solves (Almost) Everything. In a world of things that Hannah doesn’t “get” (how to act appropriately at work or when wearing pants might benefit a situation), one thing she does understand is how to dance out a problem. From this scene (right after Elijah comes out of the closet, in the first season) to the penultimate episode where the four friends bury the hatchet at Shoshana’s engagement party, dancing plays a therapeutic, cold-shower role in the series. Nothing a little dance party can’t fix, amirite?

2. Just For You. We all do things for the ones we love, like eat raw fish or watch The Bachelor. For Hannah, it was joining Adam for a run. This season one scene has that killer Girls combo of being both hilarious and heartwarming. It’s Hannah and Adam all loving and weird in their relationship prime — plus, she collapses mid-workout and throws a shoe at him, and he calls ice cream “sweet mucus.”

3. On-Again-Off-Again Romance. Charlie may have been a pushover in season one, but once he stood up to Marnie (and let some of that stubble grow in), he basically became my dream man. Here he is in his last episode on the show (before making a surprise appearance in season five): It’s the classic first love scenario in which you just can’t let someone go. I challenge you not to get teary-eyed.

4. When You Really Need Someone. When Hannah has a breakdown in season two, Adam steps up — shirtless, running through the streets of New York and breaking down doors, no less. They’re not together any more, but Adam’s grand gesture is the type that would make anyone consider getting back with an ex.

5. Meet the Real Shoshanna. Here, Shoshanna transforms from a naïve fast-talker to a voice of reason right before our eyes. She gets drunk and says what we’ve all been thinking about Hannah, Marnie and Jessa since the show premiered. Later, she won’t need the liquid courage.

6. A Night on the Town. Sometimes it takes a brush with the past to make the future that much clearer. Marnie’s night with Charlie in season five is was what everyone needed: it put her romantic relationships into perspective and made us finally get on her team.

7. Escape from Brooklyn. Shoshanna’s sojourn to Japan was refreshing. We got a break from the dirty streets of Brooklyn, we saw Shosh actually happy (for most of it), and it brought a new level of fun to the show.

8. When Silence Was Louder Than Words. For a woman who is all about words, it doesn’t take any for Hannah to realize what is happening between Jessa and Adam in this scene in season five. The body language (especially at min 1:50) says it all. Even if you haven’t experienced such a heart-wrenching triangle, it’s a raw moment that feels undeniably relatable.

9. A Ray of Sunshine. Sure, it’s called Girls, but some might argue that the show’s men are just as important. Ray, the lovable cynic, was my favorite. From his witty, sometimes biting commentary on his friend’s decisions to his foray into local politics; from his longing for a “normal” relationship with Marnie to his last scene where he kisses Abigail on the carousel, Ray lights up the screen in his curmudgeon-y way every time. 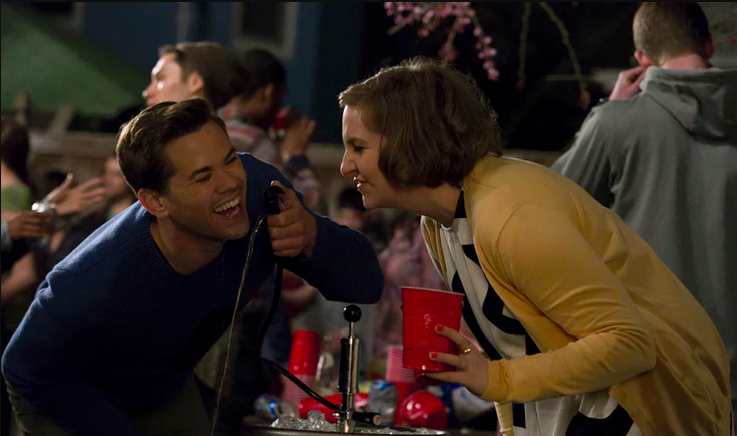 10. Elijah Was Everything. Although Ray is my guy, Elijah seems most likely to get a spin-off. He started as a supporting character but was so popular he became a permanent fixture on season four. Of all the Girls characters, his friendship with Hannah is the rock in her life, the funniest and the one I’d most like to have.

11. Keeping It Current. The show always managed to draw cultural parallels, like the girls were walking around in the same world that we were. I loved when Hannah spoke at The Moth, one of my favorite podcasts, and when she got published in New York Times’ Modern Love column. It felt like she probably listened to the radio while she cleaned her house on Sundays, too. 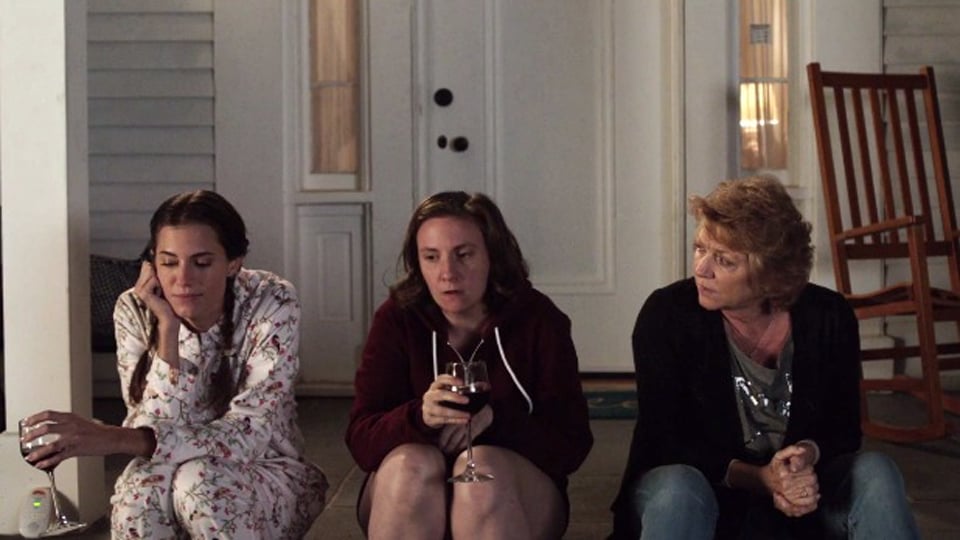 And thus it ends. In the final episode, Hannah is still her stubborn, bratty self, and I appreciate that. Having a baby doesn’t miraculously cure all your quirks — and she wouldn’t be Hannah without them. But even though things aren’t all tied up in a bow for her, Marnie or her mother in the end, it’s hopeful. Like in life, that’s all you can really ask for.

Will you miss Girls? What did you love/hate about it? Who were your favorite characters?

P.S. On sex in ‘Girls’ and a Q&A with their costume designer.