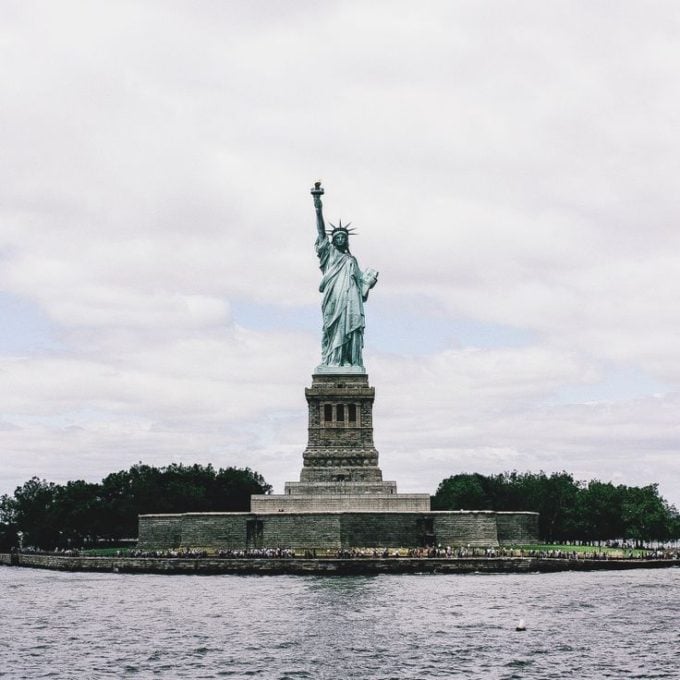 How are you doing this morning? First of all, I want to take a moment to send a hug to everyone out there, no matter what your political beliefs are. It has been a long and hard election.

This past month, we’ve been excitedly working on a big post to celebrate Hillary’s victory — we asked 10 of our favorite illustrators to draw how they would feel today, and the illustrations were ecstatic: from Hillary and Obama jumping into the air; to a little girl at a museum staring at a painting of Hillary among other great women in history; to faces of women of all races, ages and ethnicities smiling above the White House.

Of course, we won’t run that post today. I feel a huge mix of emotions: shock, sadness, disbelief, grief for what could have been. I keep thinking maybe I’ll suddenly wake up to Anton and Toby asking for milk and realize it was just a dream. I’m sure many people feel the same.

Tomorrow I’m going to dust myself off. Because I also feel love. And fervor. And a commitment to my children, friends, neighbors and people in our country, especially marginalized people who may fear for their future.

“The worst thing that can happen in a democracy — as well as in an individual’s life,” says Hillary Clinton, “is to become cynical about the future and lose hope.”

So we will not do that, I’ll explain to my children. We will respect the democratic process and honor the outcome of the election and hope the country heads down a better path. “The Republican Party and Donald Trump will have control of all the levers of government,” writes Thomas J. Friedman in the New York Times. “That is an awesome responsibility, and it is all going to be on them. Do they understand that? Personally, I will not wish them ill. Too much is at stake for my country and my children. Unlike the Republican Party for the last eight years, I am not going to try to make my president fail. If he fails, we all fail. So yes, I will hope that a better man emerges than we saw in this campaign.”

We watched the results last night with a group of friends, including one who is Arab-American. When Trump was announced the winner, he said, “I didn’t realize how much my country hated me.” But I hope that’s not true. This morning I read a post by Ali Michael, an educator, about what to tell our children today, and she made this great point: “Remind them ― to ease their minds ― that not everyone who voted for Donald Trump did so because they believe the bigoted things that he has said this year. Many of them voted for him because they feel frustrated with the economy, they feel socially left behind, and they are exercising the one power they have.”

There are so many good people in this country — so many — and we can come together and make change. And look at how the young people voted! That definitely gives me hope.

We’ll make big changes on a larger scale, but also here are ways to help on an individual level, as Rachel Howe pointed out: Ask everyone if they are okay and if they’re not see what you can do. Say hi to strangers. Volunteer, anywhere. Shop locally. Host people in your home. Cook for yourself and others. Speak up when you see racism and sexism in action. Protest. Donate time and money. Talk to older people more. Talk to kids more. Teach empathy. If you feel your future is in danger, start now to build a secure foundation for yourself. If you’re in less danger, reach out to those who are and offer your time and money and care to them.

This flag gif by Penelope Dullaghan was one of the 10 illustrations we commissioned. It celebrates Hillary’s message of unity.

WE CAN STILL BE THIS COUNTRY.