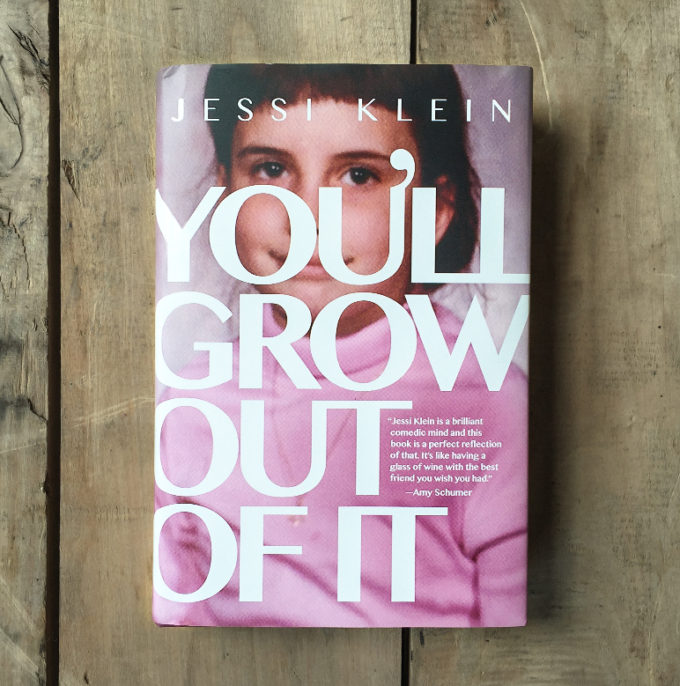 For the past week, I’ve spent every night in bed…

…reading You’ll Grow Out of It by Jessi Klein and laughing until I fall asleep. Klein, a stand-up comic and the head writer for Inside Amy Schumer, published a collection of real-life essays about navigating sex, life and relationships. She is like your hilarious older cousin who comes to visit and tells you everything you need to know about being a woman — including awkward dating stories and why she hates baths and how she got her cool job.

What struck me most about her book was how you recognize her frustrations and observations, yet now instead of feeling alone, you feel initiated into a group of smart, funny women. “I think for a very long time, including now, there has been this view that writing about the details of women’s lives feels somehow more trivial than writing by men,” Klein told New York Magazine. “And I think that’s a really toxic view to internalize. I think the details of women’s lives are as important as anything in all of literature.”

On the secrets of being a woman: Being a woman usually means you are born with a vagina and after that you’ll probably grow boobs and most likely pretty soon after that you’ll have long hair because it’s no secret that men are pretty non-negotiable about that, except for the times when some Frenchwoman with an insanely long neck pulls it off and a certain segment of men who are open to being a little different go fucking bananas for her.

On having a type: Body-type-wise, I would describe my sweet spot as someone who is trying a little bit to be in shape but is failing miserably… Sartorially, I like guys who wear T-shirts and old canvas sneakers and generally look like they are incapable of taking care of another human being. My ideal partner looks like he was on the way to the Laundromat and got caught in a rainstorm, and then got drunk and fell asleep.

On the word ma’am: Ma’am is doubly insulting because we hear men being called sir all day. And sir is awesome. We long for sir. Sir is what knights are and what Paul McCartney is. Sir sounds like you are sitting at a castle round table eating a rack of lamb. Sir means you are respected and maybe a little bit feared. No one fears ma’am, except in the sense that they may be worried oh no what if this ma’am starts hitting on me, then what will I do?

On the Bachelor: I have developed an elaborate fantasy of joining the show as a contestant myself, but in a very special Bachelor season where… the entire roster of women is composed of women like me: Jewish girls with glasses in their thirties who went to liberal arts colleges. My fantasy begins with our arrival at the house to meet “The” Bachelor. We each pull up in our big fancy limos, but instead of emerging bedecked in some kind of goddess evening gown, all of us are wearing big sweaters and Dansko clogs. And instead of greeting the Bachelor with big sexy hugs, every single one of us is awkward and offers a handshake while saying, “Can we all just acknowledge this is so nuts?” 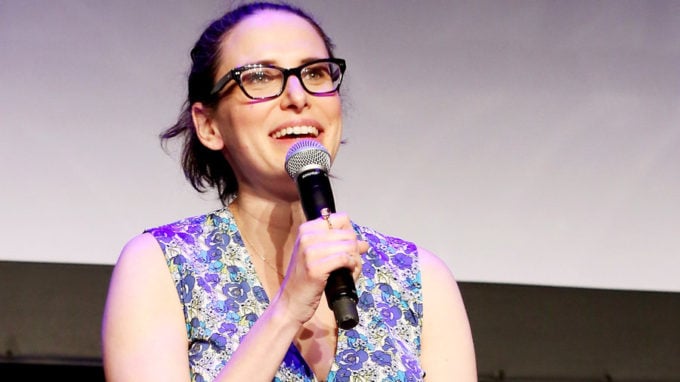 Have you read You’ll Grow Out of It? I highly recommend it.

P.S. Five big spring books, and being a feminist.

I’m almost finished. It’s make me laugh out loud and I’m on a bus! She really captures the girl-to-woman-to girl-to adult ratio of life. It’s what it feels like when no one is watching and when you’re really watching yourself. Thanks for the rec.

Loved the podcasts, thanks for the tip! She sounds similar to Amy at times but yet very much her own personality. I found myself rooting for the Charlie Brown dress hard. ;)

Yes! Finished it this weekend and loved it.
She digs a bit deeper and reveals just a bit more than many of the other female comedy memoirs.

I finished it last night. Loved every second of it…and laughed out loud in the more cathartic way. Also, I’d put it down around the house only to find my husband, or mother in law, or friend would pick it up, start reading at any random page and belly laugh in the most contagious way. Jessi Klein is amazing…I will read anything she writes.

I cut 13″ off of my hair on February (into a pixie cut) and my husband and pretty much every woman I come across loves it. I am often commended for being “so brave.” I don’t fully understand that “compliment” but am glad that I can take a stand against societal norms for women. I love my hair and will never go back!

i chopped off 18″ almost 3 years ago and i haven’t been able to go back to longer locks, i keep chopping every 6-8 weeks on the dot.
i IM’d my husband and said “please always be in the segment of men who’s open to being a little different and be bananas for me, even though i’m not french or have an insanely long neck.”

I’ve been rocking a pixie cut forever and men love it. In fact, my guy friends tell me all the time they like my short hair better than my long hair and I had beautiful long hair. I think the belief that men only like long hair is an antiquated idea.

The Show would probably end with the “Chosen” one refusing and the Bachelor desperately looking for any candidate willing to accept his ” proposal”.

PLEASE can someone produce her version of The Bachelor? Not a fan of the show, but hers I would watch/livetweet/host screening parties.

I just got the audible and I’m listening to it now. Thanks for the tip!