Do or Don’t: Two Duvets on One Bed 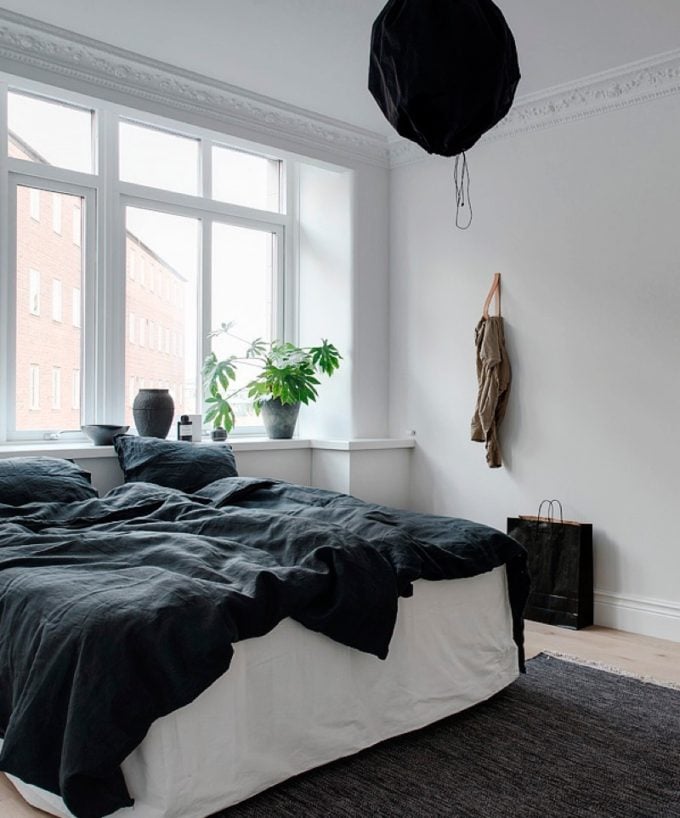 After seven years of marriage, Alex and I still fight over the covers. So, my eyes popped last night when…

…while reading blogs on my sofa, I stumbled upon a post about how some Swiss couples prefer two small duvets on one bed. Have you ever heard of that? Have you tried it?

Apparently, two duvets make sleeping really comfortable. You don’t have to play tug-of-war with the covers; you can roll around; you can stick a foot out each side, if you’d like!

After going down a rabbit hole online, I saw that people in many countries — including Germany, Austria, Sweden, Denmark, Switzerland, Iceland, Norway and Finland — like having two duvets on one bed. And they say that if you try it, you’ll never go back. “We slept like babies,” says Kate. “I got the most sound sleep,” says Amanda. “It has made my life better,” says Rebecca. 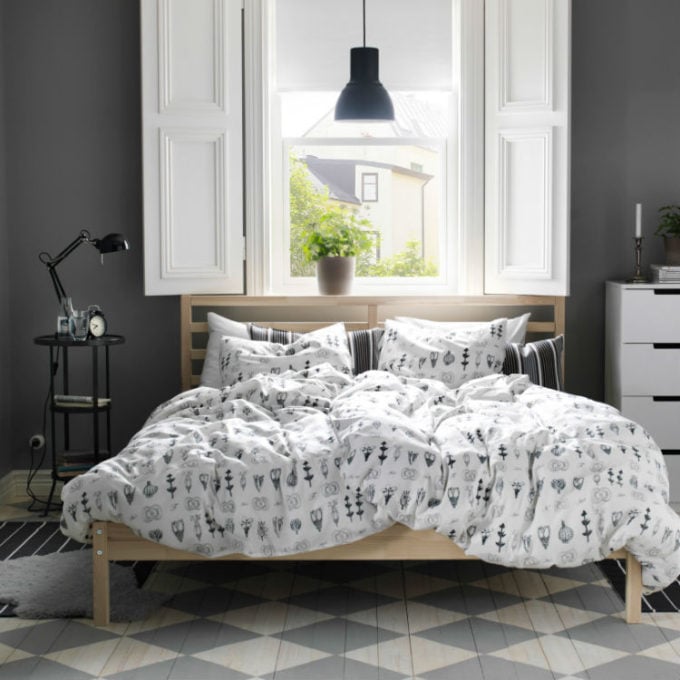 Thoughts? Would you try it?

P.S. Beautiful ceramics, and parenting around the world.

(Photos from Homedit, HomeInspiration and Coco Lapine Design, via Kate.)

By Joanna Goddard
Design
Four Ways to Entertain Yourself
July 15, 2020

My husband and I use two different blankets. I have my weighted blanket (which he does NOT like to use… I feel like you either love them or you hate them), and he uses a regular blanket. No complaints!

My husband usually would go to bed before me; and by the time I went to bed, he had taken over the king size duvet. I would get into bed and start tugging until I would eventually wake him up and so that I could have some of the duvet. My husband used to travel to Germany on business, and he had mentioned that the hotel beds had two smaller duvets on each bed rather than one large one. I did some research online and found that Scandinavian countries, as well as some European countries used two duvets on one bed. I also went online and looked and some images and to see how to make a bed nicely with two duvets. We know have two twin duvets on our king size bed; problems solved and it’s the best sleep ever!

It is the best thing ever!!!

I live in Germany and love the „two duvets in one bed“ sleeping. Its the best, you can tuck yourself in your own duvet, no more fighting over the duvet when Himself rolls over and takes the rest of the duvet with him, leaving me without one (or I take every inch of the big duvet for me), it helps tucking in my cold feet while Himself loves his feet outside for the first hour.
Try it, Cup of joe friends, you will be happy happy forever. And if you are afraid it will seperate you from your partner: snuggeling under a small duvet is even better than under a big one. Trust me. You‘ll love it! ❤️

I totally agree. My husband and I have been sleeping with 2 duvets for years now. I would never give it up. Sometimes when we travel it’s harder to sleep because places here in the U.S. don’t offer that.

I’ve just stumbled upon this… MY eyes popped when I read that twin duvets are something new and that a king size duvet (ONE for TWO people??) is common in the US. I would go crazy sharing a duvet with my partner. How does one tuck allll the corners of the duvet cozily around oneself if sharing? In my opinion “sharing is caring” is out the window when it comes to duvets. OK, I share it with our kids, but as soon as they start tossing and turning it’s unbearable and they’re out (and covered with their own single duvet).
This blows my mind!

I’ve been living in Switzerland for many years (I’m Australian though). When my Swiss husband and I got married, I insisted on having one duvet even though most of our friends here have two. I thought that was so weird back then. Sometimes it’s nice to sleep in a two duvet bed but after 27 years, we still have just one. I think I’d be lost without our ongoing (and mostly loving) tug of “duvet” war.

When we stayed with family in Switzerland, I thought it seemed incredibly unromantic and then I LOVED it!! Making the bed / the aesthetic might irk me, me though, if I pulled the trigger.

My husband sleeps with a queen size. I sleep with a twin. When making the bed I put his on top of the mattress – it is a KING. Then I fold mine in half and sorta put it over the bottom corner – it works.

We are twin duvet converts and we will never go back. We love having our “own space” on each side of the bed. No tugging, no pulling, completely customizable to warmth and weight. Ahhh. It’s ideal. Especially now with my pregnancy pillow thrown into the mix!

Yes!! We went down this same rabbit hole a year ago and absolutely LOVE our twin duvets!! I stumbled upon the concept the same way you did and never looked back. In fact, at least once a week we comment on how incredibly awesome having separate duvets has been. Not only do we not play tug of war with each other during the night, it solved the issue of our two 50lbs pups hoarding the blankets as well!!

Added bonus, twin sized bedding is often available at deeply discounted end of season sales. The biggest challenge we’ve faced is adjusting to how the “made up” bed looks with two folded duvets instead of one sleek duvet/comforter, but we got over that very quickly.

Seriously, give it a try. You won’t regret it!!

My husband and I just returned from a trip to Iceland and Norway and discovered this amazing idea! We are on our way for new bedding right now! Best idea ever!