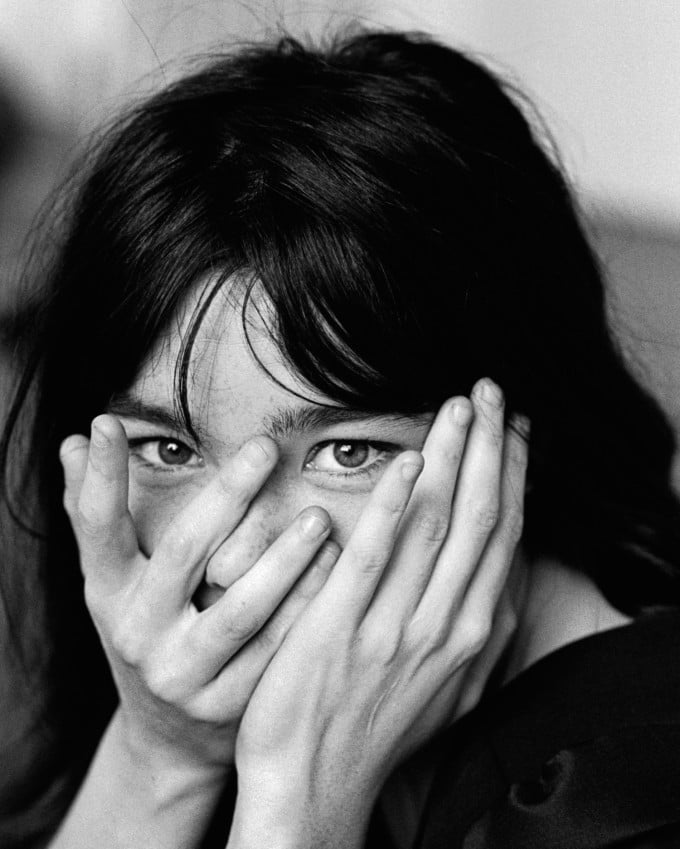 We’re happy to kickstart a series of personal essays from contributing writers. Every few weeks we’ll announce a new theme. The first theme is breasts! And here’s the first essay, by author Una LaMarche…

I think it’s safe to say that nothing good has ever taken place in a communal shower. Private showers (Bates Motel Room #1 excepted for obvious reasons) tend to be safe havens of suds and self-reflection. Worst-case scenario, the hot water will run out or you’ll forget to shave your knees; best case you’ll actually climax while shampooing like in an Herbal Essences ad. Group situations, on the other hand, are awkward, vulnerable, and confusing.

My first communal showering experience took place at a Quaker sleep-away camp in the summer of 1992. It was there, in a steamy room full of naked girls I’d only just met, away from home for the first time in my life, that I looked down to discover that I had grown breast.

There was only one. It had sprung up seemingly overnight, like a bud on one of those Johnny Appleseed trees we were always singing about in the mess hall. It was puffy and tender and utterly out of context without its sister. That was the first moment I realized that my “twins” were destined to be fraternal.

I was only twelve, but already understood that a mismatched set put me at a cultural disadvantage. We girls pick things up along the path to puberty, collecting whispers like wildflowers and poring over teen magazines as if reading sacred texts. You can’t lose your virginity to a tampon, we assure each other. Bleach your upper lip but never shave it or it’ll grow in darker! This is what your body should look like. This is unacceptable.

That’s how I came to know that “perfect” breasts existed, and how they were defined. They were big (but not too big), perky enough not to hold a pencil in place if you stuck it underneath but full enough to bounce enticingly while jogging in slow-motion. They had tidy little nipples — neither too dark nor too light — that somehow managed to constantly stand at attention while never showing through clothing. Above all, they were as symmetrical as an R-rated Rorschach test. They were not supposed to resemble a mountain and its neighboring valley.

My bashful right side eventually sprouted later that year, but the interim months were a confusing time. I remember going shopping with my mom for my first bra, a flat, cotton Jockey AA that sagged forlornly on one side. I stuffed crumpled-up toilet paper in the pocket of air between my chest and the fabric, telling myself that it looked normal, and that, if worse came to worst, and it tumbled out at an inopportune moment, at least I would have a tissue to sob into.

Even once they were comparably sized, “Lefty” — as I took to calling my less pageant-worthy mammary — remained the Danny DeVito to my right side’s Arnold Schwarzenegger. It was less buoyant, more tube sock than teardrop, with a shell-pink aureole far larger than the size of a quarter, which is what I had heard (via the whisper chain, naturally) was the ideal diameter.

As I grew — taller and wider-hipped, my double-As blossoming into solid Bs — so did my angst. It was bad enough I had to deal with my lackluster bust, but what would happen when someone else — preferably of the opposite sex, preferably outside of Quaker campgrounds — saw them? There was no danger of my sprinting towards second base, as it had taken me sixteen years just to tip-toe up to first, on a dare, but still — it haunted me. I wore a lot of turtlenecks in high school. Finally, at age 20, when I felt ready to doff my demi-cups in front of my first real boyfriend, I remember thinking, This is it, and proceeding to unhook the straps with the resigned dread of someone removing their bandages after a terrible accident.

Luckily, as it turned out — and is so often the case with superficial measures of self-esteem — I had nothing to worry about. My boyfriend registered no horror, no judgment, not even the slightest flicker of disappointment at the sight of my breasts. Where I saw a litany of imperfections, he saw objects of desire. In dim lighting, in bright lighting — there was no difference. I repeated the experiment with several more test subjects and came to the same conclusion: Sure, I might never get chosen for a Calvin Klein ad, but the boys I chose for more private viewings were so eager and grateful for the access that I doubt they would have noticed if my breasts had been completely different colors. I didn’t stop self-flagellating completely, but I reached a tolerant plateau. This is unacceptable shrugged into, Eh, these’ll do.

It wasn’t until years later, after I got married and had my son and spent countless hours feeding him from the magic biological vending machines I had spent so many years maligning, that I finally stopped wishing for perfection. Overwhelmed by a powerful cocktail of love and sleep-deprivation that nearly brought tears to my eyes, I watched him latch and realized that my while my boobs might not ever be able to sell beer, or walk a runway, they could still do something pretty great. These days I’m back to my old 34Bs — which, after breastfeeding, can definitely hold a few pencils comfortably — but even though they’re less beautiful than they were in my youth, I like them more now. I even think they’re kind of sexy.

This is what a body should look like, my brain tells me, on my better days. This is more than acceptable. 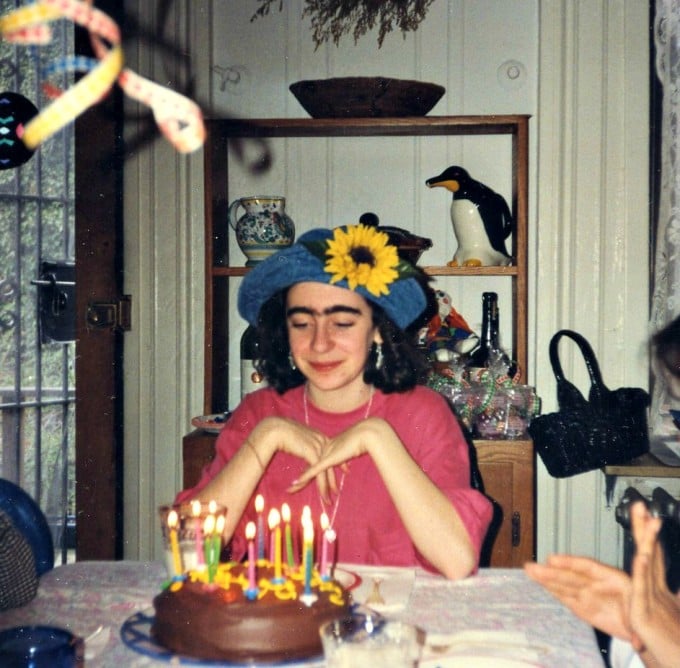 The author, on her thirteenth birthday, wishing for better breasts.

Una LaMarche is the author of the memoir Unabrow: Misadventures of a Late Bloomer, as well as three novels. You can find her on Twitter, Facebook and Instagram, or at unalamarche.com.

P.S. On boobs, and breastfeeding in public.

(Top photo of Bjork by Jane Bown for the Observer, 1995, via Hither & Thither; bottom photo courtesy of the author)