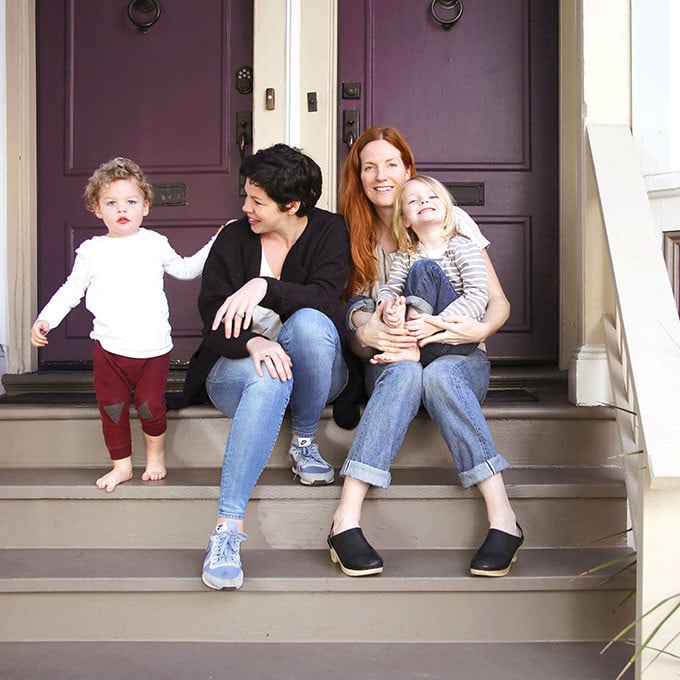 Food writer Jessica Battilana (left) lives with her wife, Sarah Picard, and their two sons in the Duboce Park neighborhood of San Francisco. Their home is full of warm, personal touches. Here, she talks about collecting ceramics, sharing a bathroom and the wonders of a king bed. Take a look inside, with photos by Lena Corwin… 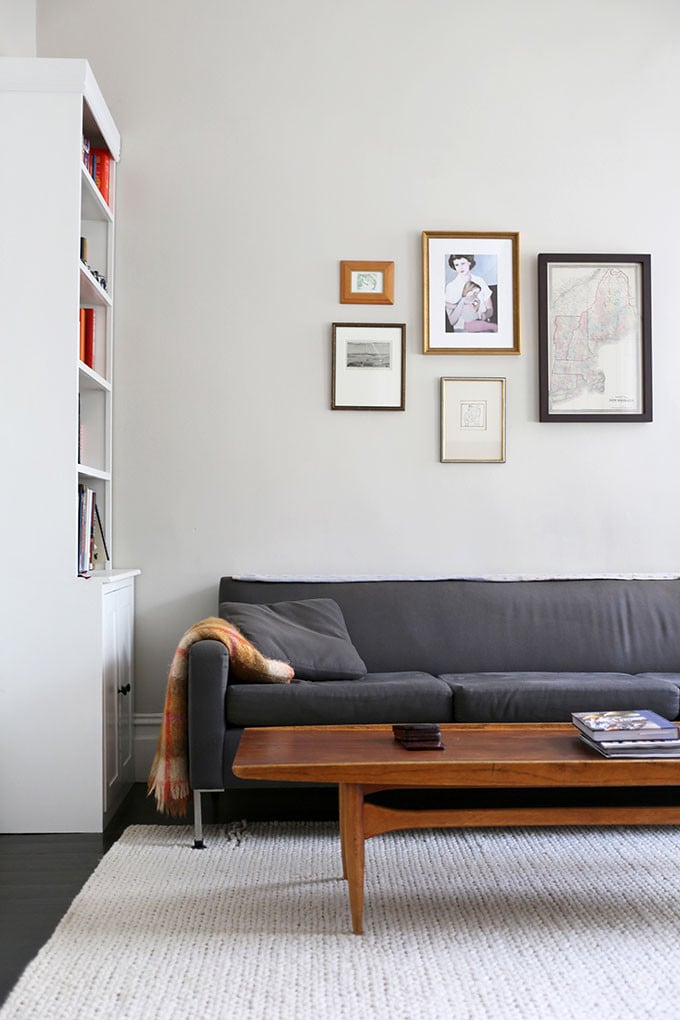 On embracing a shared space: Our home is pretty small, around 750 square feet. When we had one child, and then another, friends would ask if we were planning to move, but it’s in a central location, and we love it here. My entire life, I’ve never had a room of my own. I had roommates in college, and then Sarah and I moved in together right after that, so I’m used to sharing space. 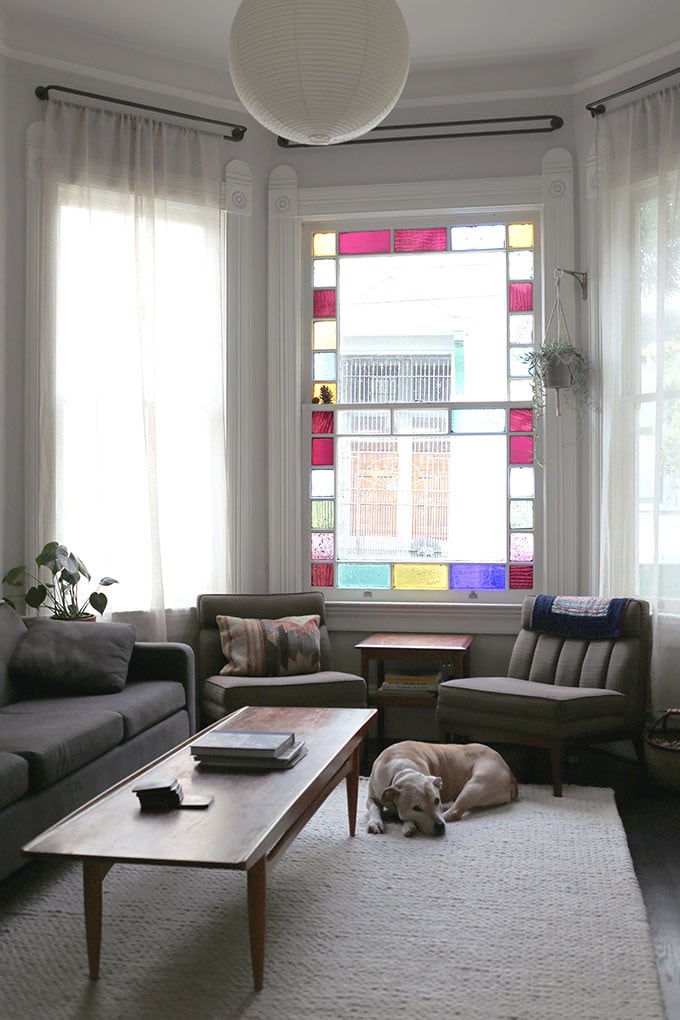 On having a “researcher”: My wife and I have the same aesthetic, which I feel very fortunate about. She’s the researcher in the relationship, so she’ll show me photos of things and I’ll say, “Yes, I love it,” and then she’ll figure out all the sourcing and ordering. Any time someone wants to remodel or is having a baby, I’m like, “Steal Sarah’s notes.” 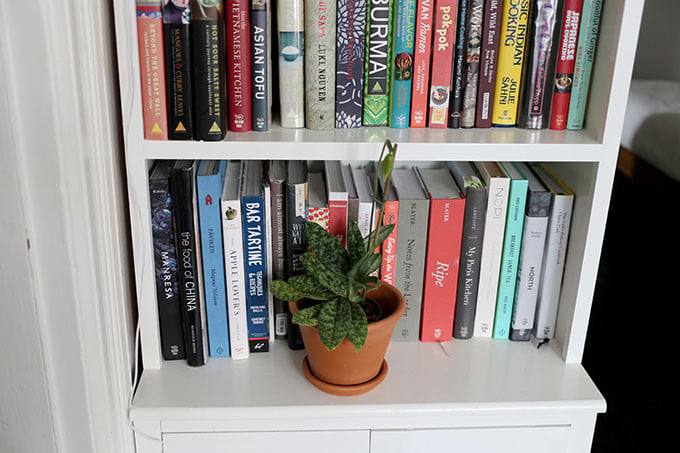 On paring down: We try not to hang onto many things, because we just don’t have the space. My brother will joke, “Do your kids even have toys?” At his house, they have a playroom filled with things, but in our home it’s like, if you haven’t played with it in a week, it goes! That being said, there are still some things, like the number of cookbooks I have, that I’m sure Sarah would love if I could pare down. 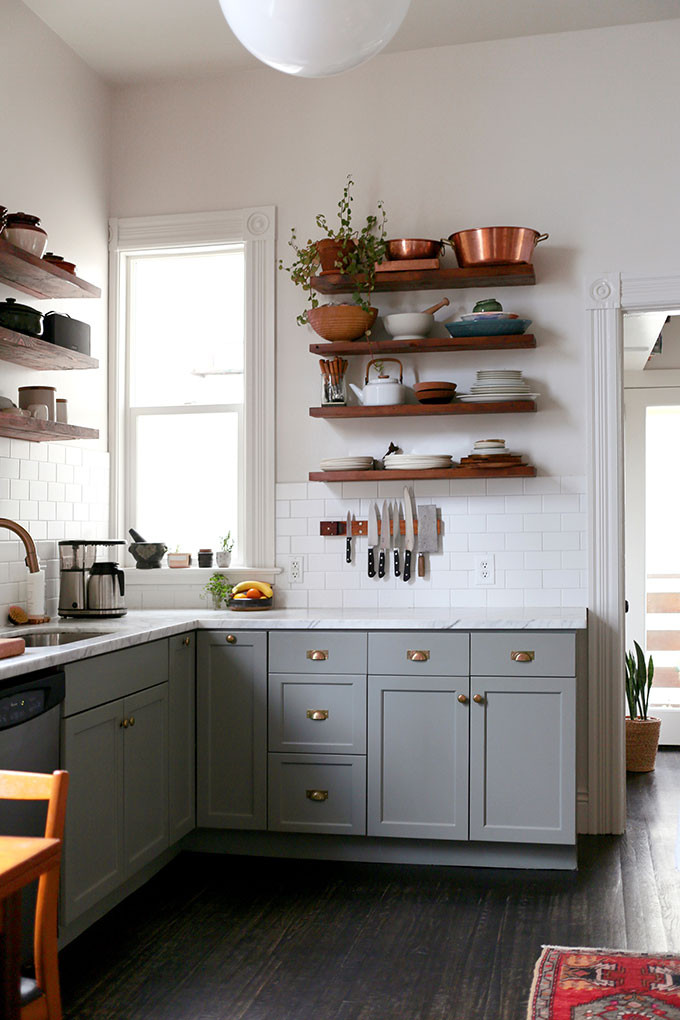 On working from home: Since I work from home, usually at our kitchen table, the space has to be a lot of different things. In my fantasy world, it would be nice to have an office. The day ebbs and flows — when I’m here by myself it feels quiet and spacious, then from 4:30 to 7:30 it’s kind of crazy. When I invite people to dinner I always joke that they’re coming to the least relaxing restaurant in the city. 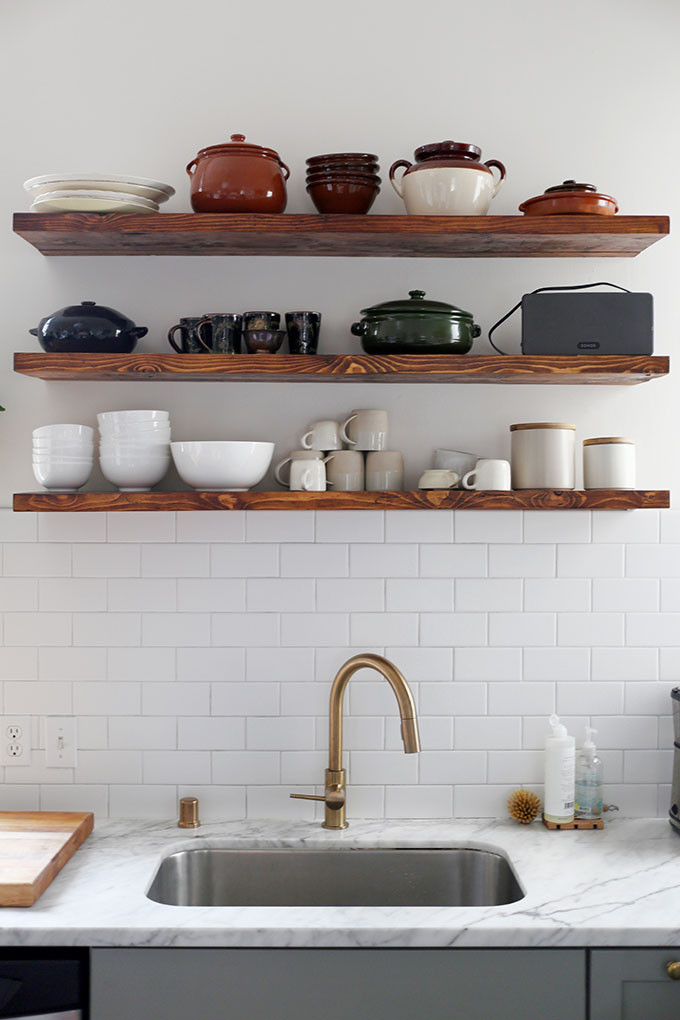 On writing cookbooks: Sarah was pregnant with Ellis when I was working on Charles Phan’s book, Vietnamese Home Cooking. She was nauseous the whole first trimester, while I was testing the recipes at home, and so many of those recipes contained fish sauce. She was dying from the smell, poor thing. Now I’m coming out with my own cookbook next year. It’s called Repertoire. This will be my collection of slam-dunk recipes you can cook over and over again. 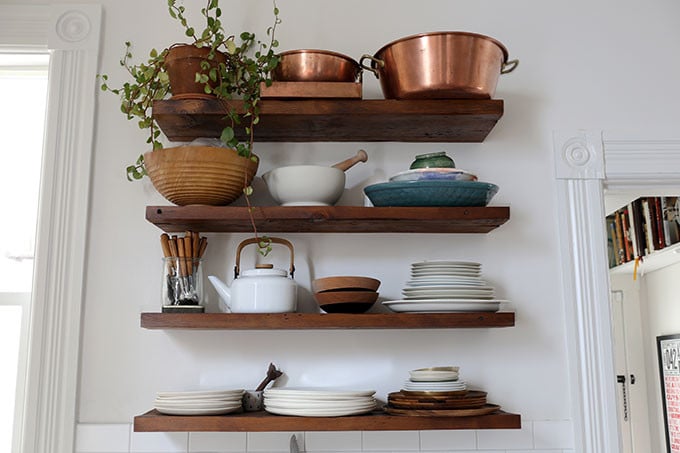 On using the good stuff: We keep our nice ceramics out and use them all the time. I’ve gotten beautiful cazuelas and bean pots from Bram, up in Sonoma. Our dinner plates and larger mugs are from Canvas, and I have some platters that I adore from Miranda Thomas Pottery, which is made near my Vermont hometown.

On open shelving: You know when you think something’s not going to be a big deal and then it ends up being the biggest deal? That’s what happened with the wood shelving. Sarah found this guy online who had reclaimed barn wood. He sent us the shelves, and they were all wrong. The wrong thickness, the wrong stain. We felt bad, but we returned it to him and he re-did it. He sent it back a second time and it was still wrong. So we brought it to a wood shop here to get them planed and re-stained. It ended up being a money pit nightmare, but I do love them! 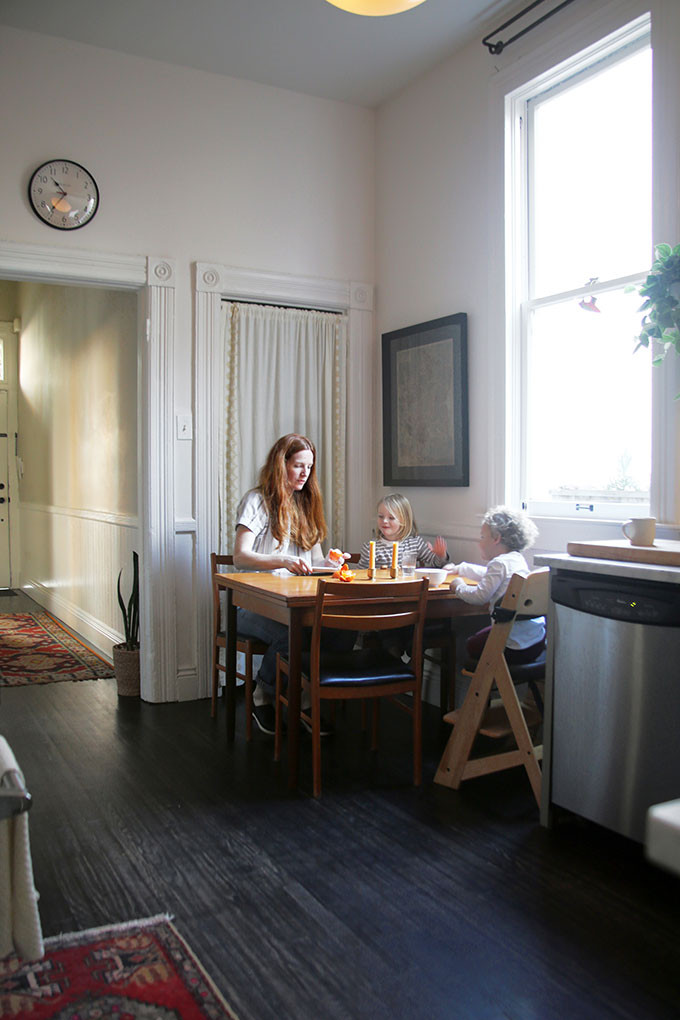 On family meals: We’re fortunate that our kids aren’t picky eaters, but they do have weird habits. I don’t like to make separate meals for the kids, but I want them to like what they’re eating, so I’ll make modified versions. I’ll make vermicelli rice noodles with little meatballs and mushrooms and shallots, and then Sarah and I will eat the same thing, but with pickled carrots and spicy chili sauce on top. We’ll also rotate days where each person gets to choose their favorite meal. 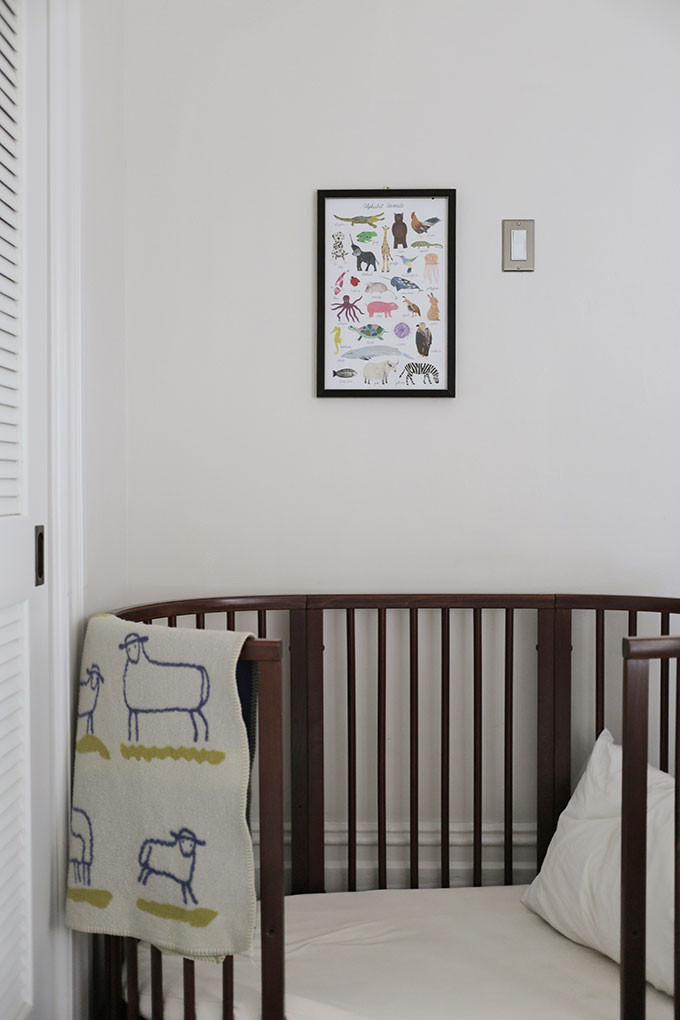 On nature vs. nurture: My wife gave birth to Ellis and I gave birth to Sidney, which I think it somewhat unusual. It’s been fun to see what plays out in terms of nature vs. nurture. Even though we try to parent them similarly, Sid is a really intense two-year-old; he’s not go-with-the-flow. He watches his big brother and he wants to do all of the stuff. Of course my mom likes to tell me that I was exactly like Sid. 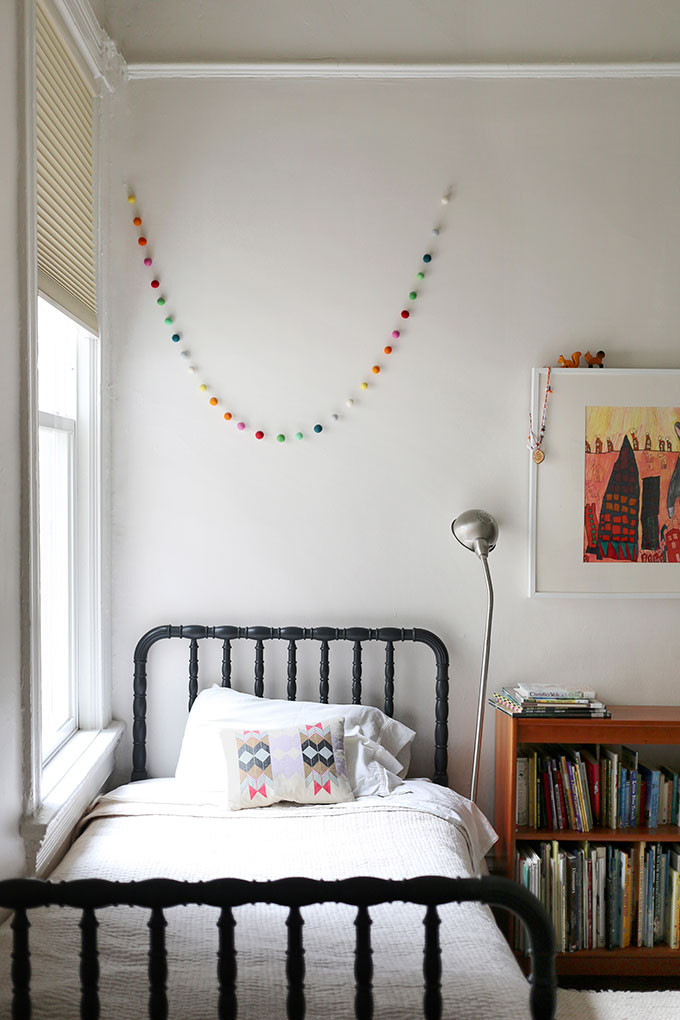 On co-conspirators: Ellis is almost five and Sidney is two. They’re crazy. The other day, I left the room for a minute and came into the kitchen to find that Sid had pushed a chair from the dining table and climbed onto the counter. He was reaching into the cabinet to get some Valentine’s Day candy. Meanwhile, Ellis was hiding in the bedroom with the door closed. I thought he was in there behaving himself, but he was in there eating candy! They had hatched this plan together. 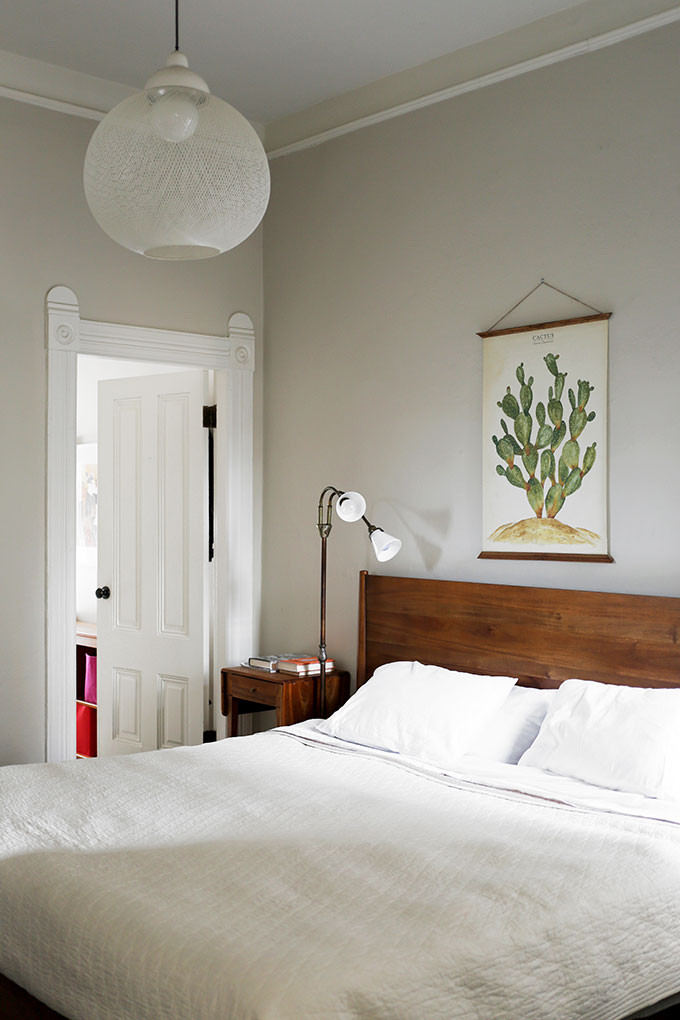 On creating a relaxing space: My one pro parenting tip is to buy a king size bed the moment you have a child. We did that, and the bed no longer fit in our bedroom, so we put the boys in our room and moved into the other bedroom in the middle of the house. But it’s worth it. Our bed is our prized possession. We both like darkness when we sleep, so we bought blackout shades. People come to our house and are like, “What’s up?” because it’s dark and there are white noise machines playing, but that’s how we make it a little more serene. 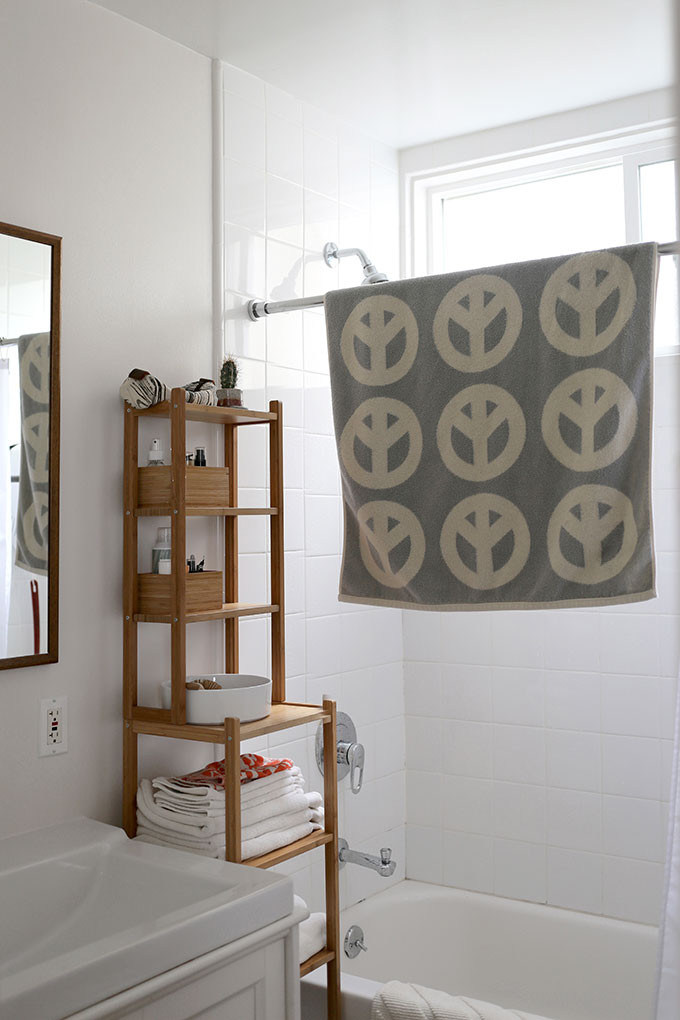 On a lack of privacy: We have a split bathroom, which is something I never saw before I came to California — a sink and toilet in one room, a shower and sink in the other. When Ellis was younger he went through a period of locking himself into the bathroom as a funny joke, necessitating some lock picking, so after that we made a family rule: no locked doors in our house. Sarah and I have given up any hope for privacy.

On getting married: We got married at Cambridge City Hall on May 17th, 2004, which was the first day you could get married anywhere. We were planning to get married anyway, but we went to City Hall to get our license and see the scene, and it felt like such an amazing day that we were like, why not now? So we called my brother and said, “We’re getting married, can we come pick you up?” He took the day off and we went to lunch together. We saw couples who had been together for 20, 30, 40 years finally getting married. It was an historic moment. 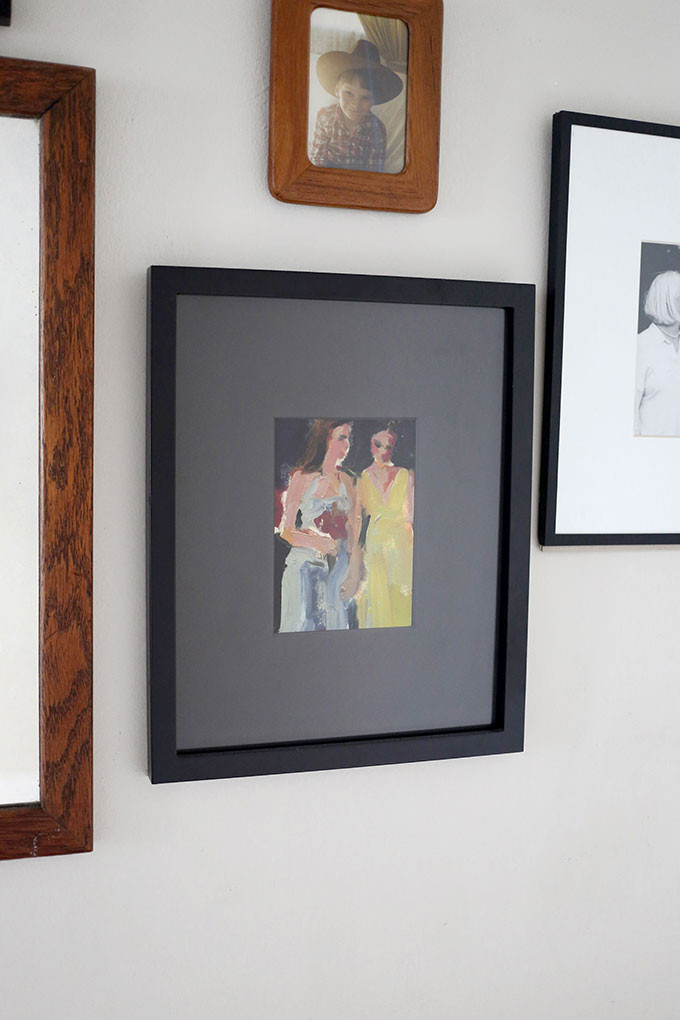 On personal artwork: My cousin Kate True paints a portrait for every person in the family when they get married. We have the final portrait in our living room, and this color study in our hallway. It’s such a sweet family tradition. 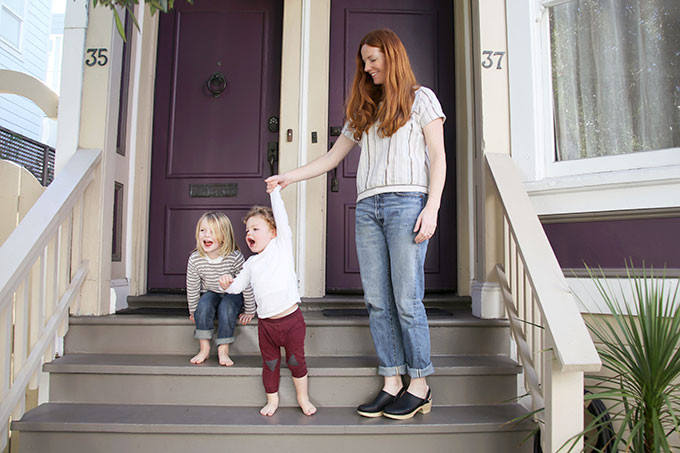 Thank you so much, Jessica and Sarah! Your home is lovely.

(Photos and styling by Lena Corwin for Cup of Jo. Interview by Caroline Donofrio.)