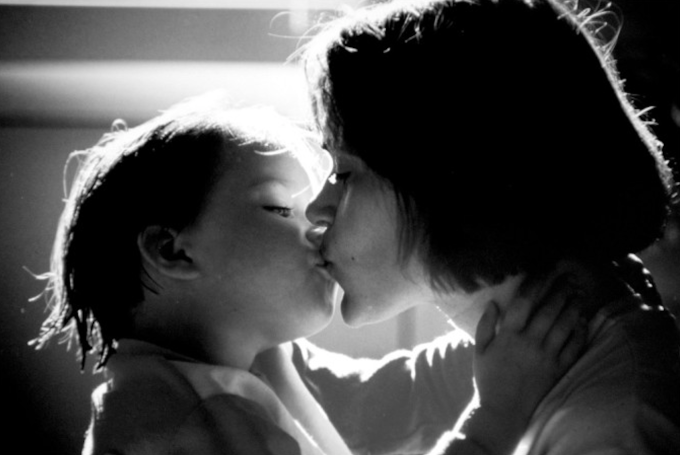 This weekend I read a fantastic essay by a single mother:

“Living outside the nuclear narrative will create so many jarring moments with others that soon you won’t speak, only nod. You will do The Nod when the nursery sends your kid home with a Happy Father’s Day card that she’s been made to copy her name on to. You will employ The Nod when other mums say they know exactly what it’s like being a single parent because their lovely husband works abroad for up to two weeks at a time. You will employ The Nod when 20 of your friends offer to babysit — three will actually do it and the rest, when they see you at a party, will ask what you have done with the baby, to which you must always reply with these exact words: ‘I thought I left it at your house?’ Gradually, you will realize that you, too, have made other people do The Nod all your life…”

My friend, who is a single parent, can’t help but notice when people say, “My husband is out of town, so I’m a single mom this weekend.” She’ll think, “Oh, but you can text your husband at night, you are a two-income family, etc…” Another friend, who has a child with special needs, says it’s like a punch in the gut when someone will say, “I don’t care if we have a boy or a girl, as long as the baby is healthy.” Of course, she knows that her loved ones are well-meaning, but she can’t help wondering, would you not want my wonderful child? It’s a good reminder to be conscious of and caring about where others are coming from.

Find the full essay here, if you’d like. Definitely worth reading.

(Photo by Alain Bachellier. Article via The Shortlist Daily)