How to Ask Your Child About School 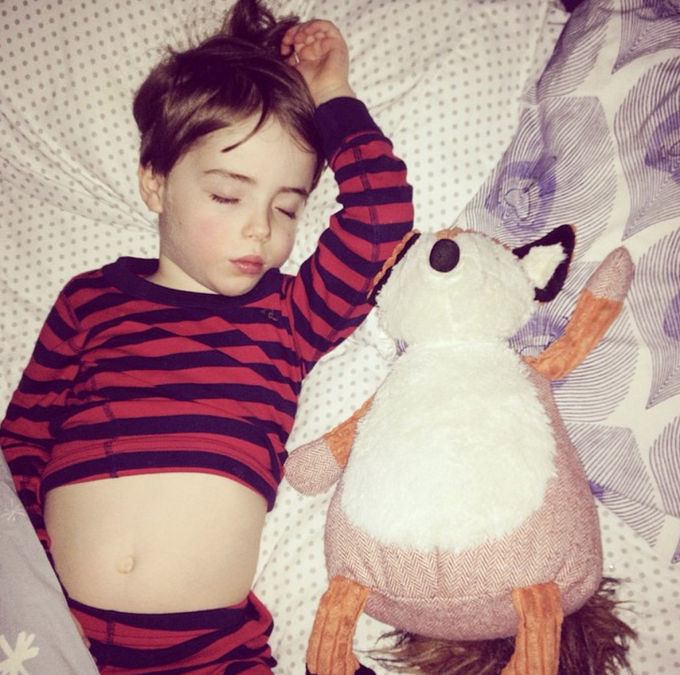 Now that Toby is in kindergarten, I’m so curious about what he does all day long. Did he read a book? Eat a banana for snack? Laugh with friends? Worry his sweet head about anything?

But when I ask, “What did you do today?” he’ll reply with… a blank stare. And I totally get it: Even adults find it hard to digest a long day. It’s tough to know where to start — kind of like when someone asks a vague question at a party, like, “How’ve you been?” and you suddenly blank on everything you’ve done in the past six months.

Thankfully, I remembered a lullaby I used to sing when he was a toddler, where I would describe all the things he had done that day. I remembered how he would often pipe up with sweet additions.

So, one night last week, while putting him to bed, I sang a song about him, and simply supplied the basics of his school day, like this:

Then we got to his class, and Toby sat at his table
He said hi to his friends and they played with some blocks

His teachers read books, and they were really nice
They had a snack, and —

and then I paused and ask Toby what they had for snack (Goldfish and water!), as if it were just needed to fill in the song.

…it was Goldfish and a glass of water.
Then all the kids got in line and they had recess —

And at that point, he pointed out that they went to the gym instead of the playground, because it was raining, and they pretended they were frogs and he jumped the highest.

As the song went on, he also jumped in tell me that the cafeteria was a little scary, and the teachers taught them a new song about being a tree with roots.

Thankfully, the magical lullaby worked as well to encourage conversation as it did when he was two, and I was so glad to have remembered it.

How do you get your kids to talk about their days? Any advice?

P.S. How to get your kids to talk at dinner. (The “negative assertion” made me laugh.)