How to Take a Romantic Walk 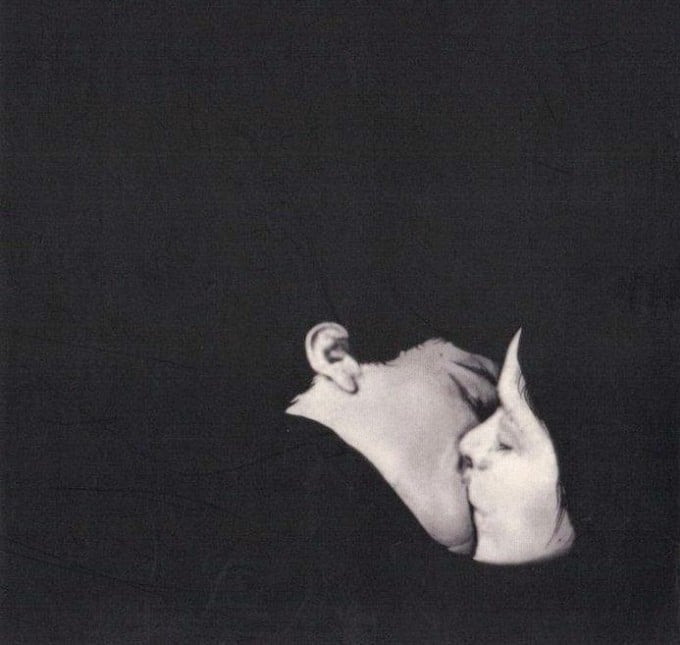 New York Magazine just did an issue on nightlife, in which they interviewed a bunch of celebrities about late-night anecdotes. I liked this one from Sarah Jessica Parker and Matthew Broderick…

Sarah Jessica Parker: Before we were married, we used to walk a lot because time didn’t matter.
Matthew Broderick: If we had a fancy outing in midtown, we’d walk all the way home to Tribeca.
SJP: One thing that Matthew used to do to me, he used to walk me with my hand over my eyes…
MB: I led you, and the rule was you had to keep your eyes covered.
SJP: And he would walk me into completely random places and take my hand off my eyes and I would be in the most strange, unconnected-to-the-previous-spot places. I would be in the lobby of a residential apartment complex, or a Starbucks, or at the very door of a tenement that I obviously couldn’t get into.
MB: You’re like listening and trying to figure out where you are, and then when your eyes finally open, boom, you’re two inches from a lamppost.
SJP: He would spin me and sort of make me lose my bearings.
MB: The first time it happened, we were somewhere near Union Square, and…
SJP: We ended up in the lobby of Zeckendorf Towers. I was very delighted by it. I think the reason we remember it is that it paints a portrait of a time that, for many couples, they don’t have anymore. There’s a sort of leisure, before more grown-up responsibilities dictate your life.
MB: New York has so many close-together, completely different, crazy things you can suddenly be staring at after a five-minute walk from one spot to the next. You’re in a totally new environment.

Tags: new york
24 COMMENTS
WRITE A COMMENT
Relationships
most popular
01
Seeing My Body With Fresh Eyes
02
11 Wedding Dos and Don’ts
03
How to Write a Condolence Note
04
A Love Letter to My Anti-Anxiety Medication
05
How to Be a Better Listener
Subscribe
Login
24 Comments
Inline Feedbacks
View all comments
Angel

ha! my almost 5-year-old is saying the same “i’m 4 and a half and three quarters” also, too cute! we have an imaginary friend, Rosie, living with us too. toby is such an adorable and sweet little guy! CONTACT ME AT
http://maabehankichudaikahani.blogspot.com/ THIS SIDE….!!!

How romantic! I don’t think I’ll be in NYC anytime soon, but this would be fun anywhere!

Oh, I love this! I remember when I first started reading your blog, you wrote so many entries involving love and relationships (I was a huge Smitten fan, as well!). I love reading your Motherhood Mondays and about your children (I have none of my own), but would love your insight on things such as this, too…

This is so timely… SJP turns 50 today!

What a sweet and romantic anecdote. Thanks for sharing!

This was straight up one of the coolest articles I’ve ever read from NY Mag. I definitely stopped working for a solid hour to read every story.

When my husband and I were still dating we used to walk from my apartment in SF to his, on the total other side of the city. We didn’t check cell phones or anything, just walked and talked. It was the best way to get to know one another.

How romantic! I don’t think I’ll be in NYC anytime soon, but this would be fun anywhere!

How cute and romantic! I never have been in NYC, but it is def on my bucket list. I am originally from Spain and the reason I am reading this is because I am working on a school assignment. :)
I had to admit that the story and the post make me stop doing what I was doing because I want to know more about it and read it.
I def would like to try but….. can anyone find me a nice charming guy to do it with? ;)
Have a great Wed.
Antonia

When I was living in Barcelona, my boyfriend and I used to do that and it was always really fun. I’ll have to try it again the next time I’m in NYC. :)

Oh, I enjoyed that! A little escapist fantasy in the middle of a busy day, thank you.

We did the same thing in my childhood with my siblings when walking to our congregation and back home on Sundays. Of course for us it was not romantic but utmost fun.

My fiance and I will actually be moving to NYC this summer! So I think the two of us could easily get lost without the use of a blindfold :) BUT that being said, a stroll through the city sounds like an absolutely lovely way to discover New York!

Hi Joanna, may I know where the photo is from? Thank you!

I think this is the sweetest thing I’ve ever read! It’s a really romantic thing to to together, but funny too. Although perhaps not with PMS?! They sound like the nicest couple, ever. Happy birthday SJP!

I love this couple! Hate how very few Hollywood marriages last as long as theirs – everyone else should take notes from SJP and Matthew!

I love love love this idea.
Maybe I’ll ask my boyfriend to do that when the weather gets warmer.
Thanks for sharing Joanna.

Such a nice idea of ways to explore your city anew with your lover.
Will love to try this in Athens, Greece.

I love that love that they have for each other :)
http://www.wllwproject.com

I love this. My boyfriend and I walk together in the city a lot—on Sundays, we walk all the way from my apartment on the Upper West Side to his in Midtown East (or vice versa), through Central Park the whole way. It’s so leisurely and romantic, and, just like SJP says, time doesn’t matter. It’s a really sweet aspect of this particular time in our lives and relationship, and a ritual I really treasure.

Romantic walks are the best! And in New York for that matter….I got nostalgic!

Love it! Our first date was Ferris Bueller’s Day Off, on which my husband walked me home afterwards.

I just think sjp is coolest, nicest . . WhatEver she is doing.