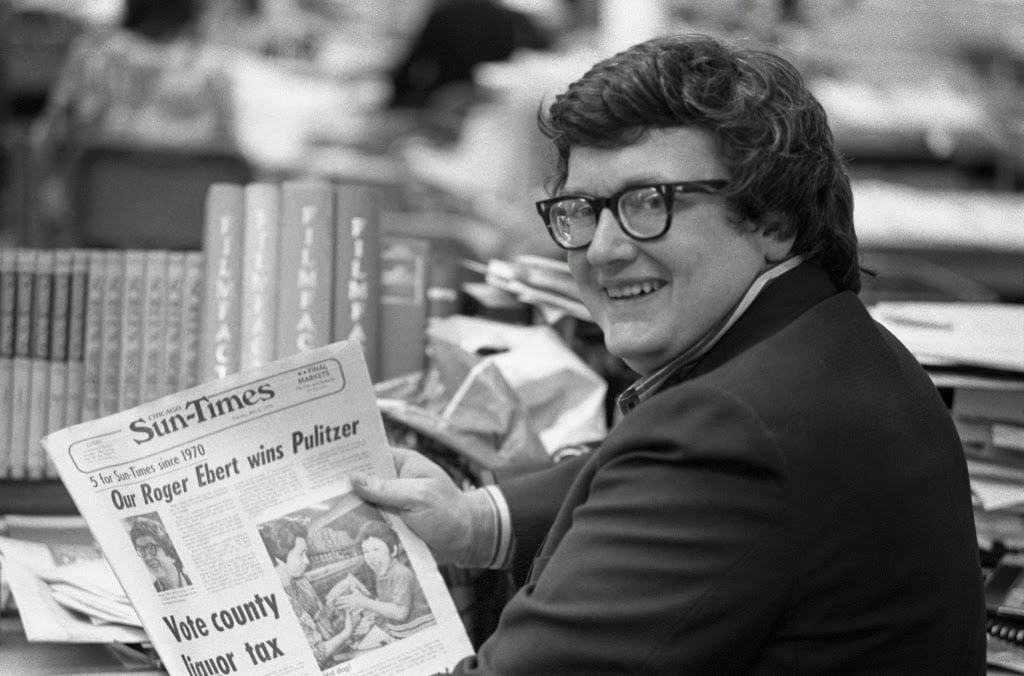 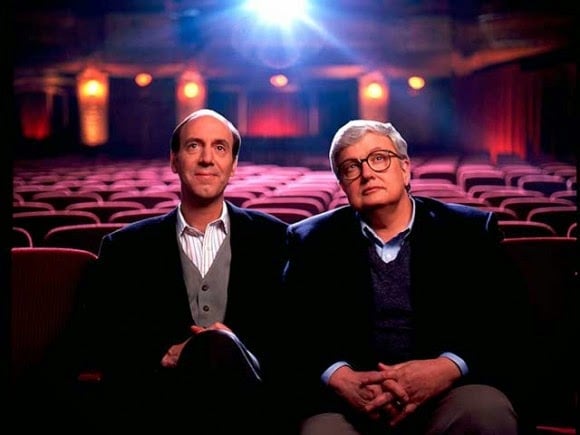 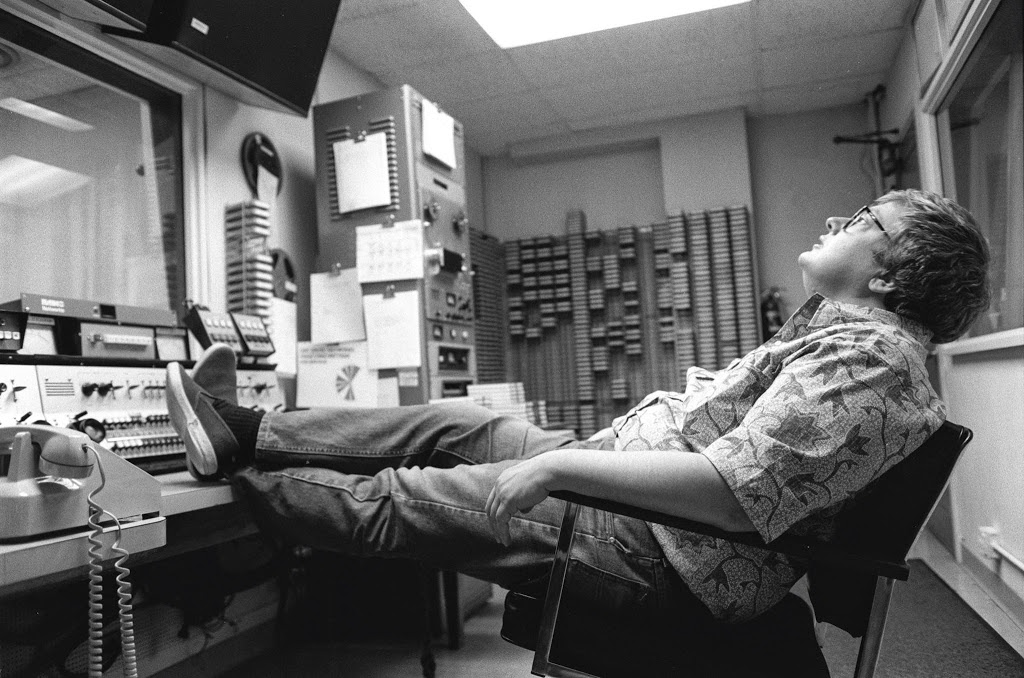 Have you seen any good documentaries lately? I’d love to share five great ones…

Life Itself remembers beloved film critic and social commentator Roger Ebert. Known for his wit and candor (in his review of The Human Centipede, he refused to award it any stars at all, saying, “The star rating system is unsuited to this film. Is the movie good? Is it bad? Does it matter? It is what it is and occupies a world where the stars don’t shine”), Ebert was the first film critic to win a Pulitzer, wrote over a dozen books and was regarded as one of the most powerful critics of all time. Ebert was diagnosed with cancer in 2002, which cost him the lower portion of his jaw. But even when he could no longer speak or eat, he wrote every day, right up until his death in 2013. We haven’t actually seen this documentary yet—it opens on July 4th—but early buzz has been fantastic. 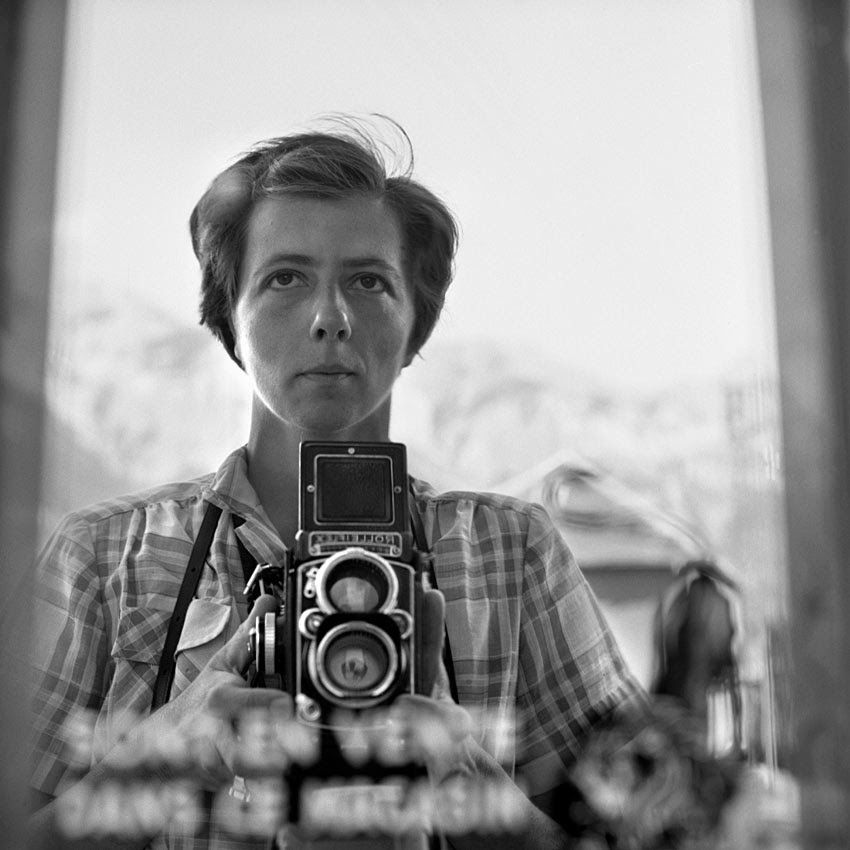 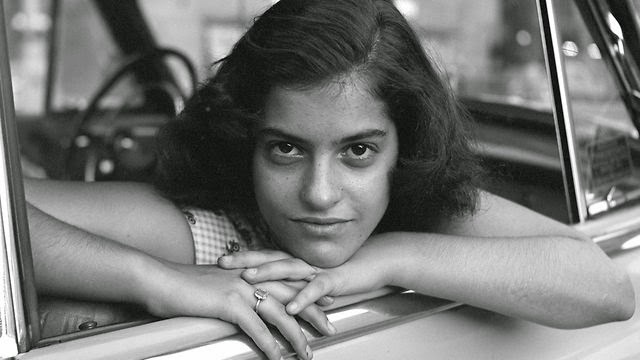 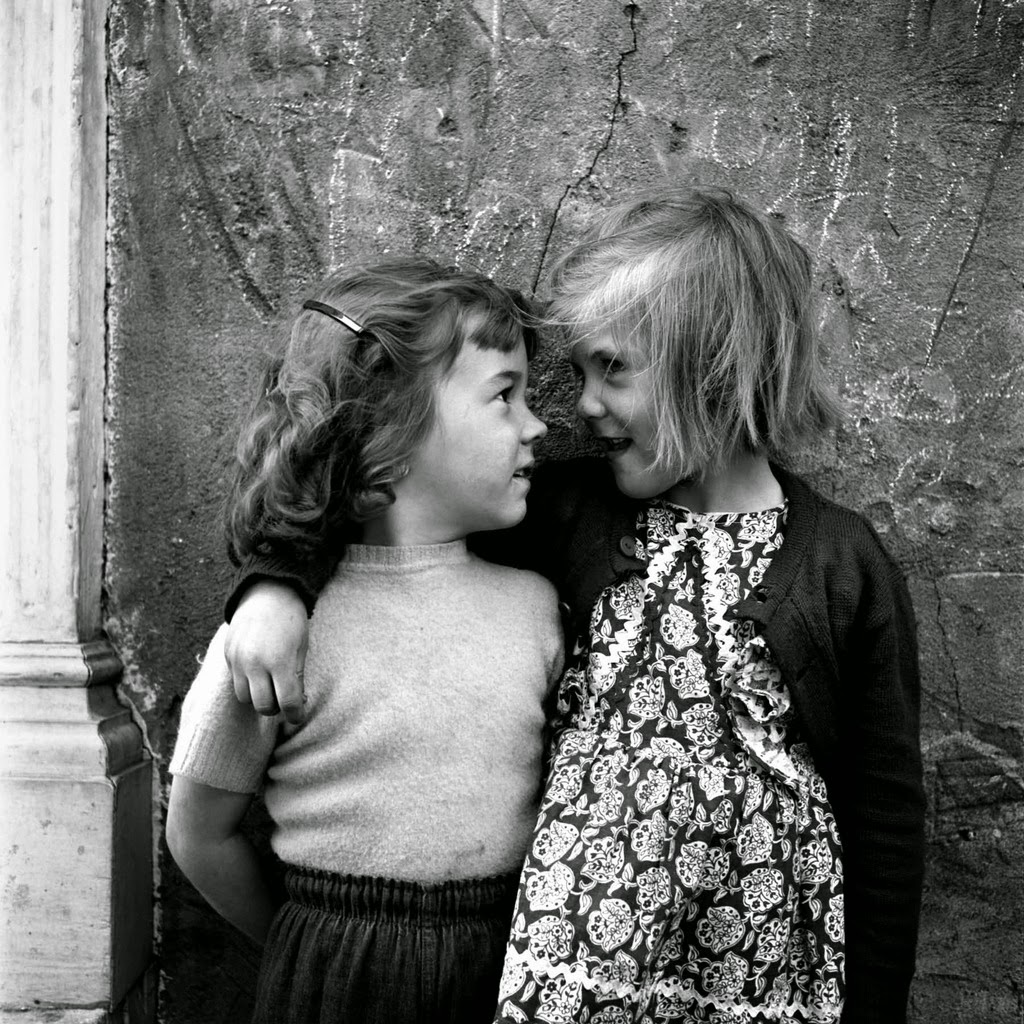 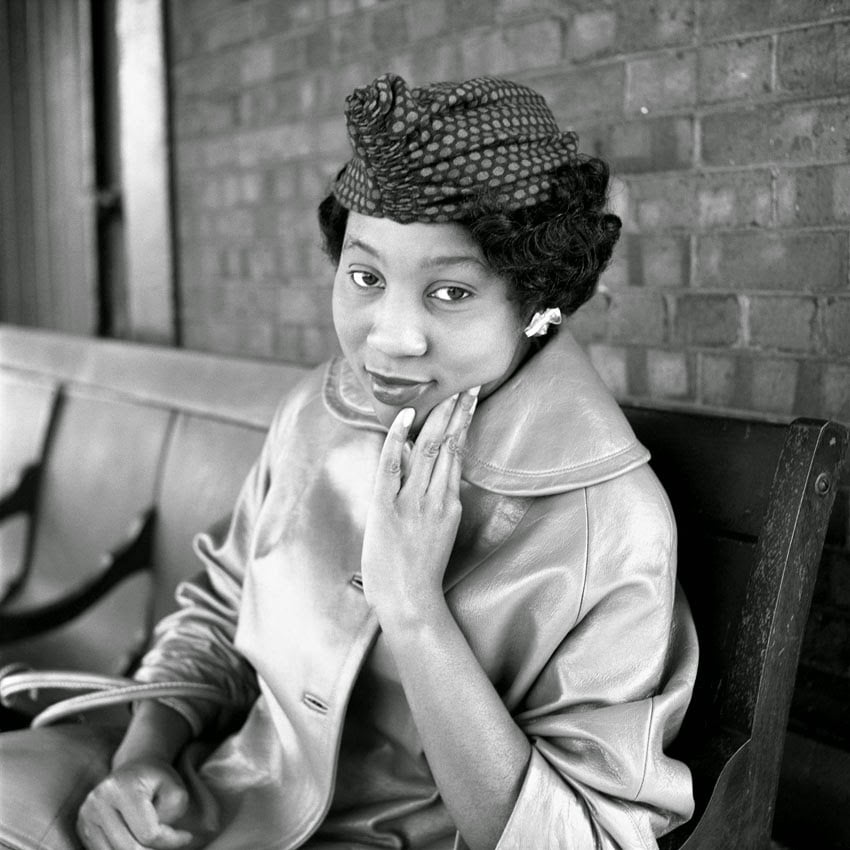 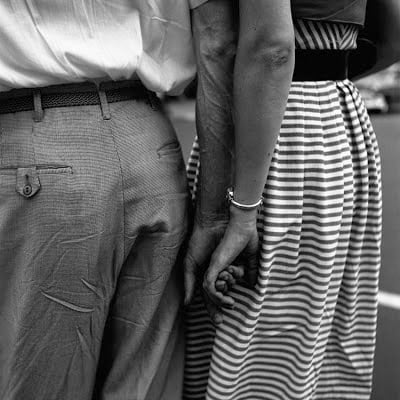 Finding Vivian Maier tells the story of a mysterious nanny who secretly took more than 100,000 photos of people on the streets of New York and hid them in storage lockers. Although she was one of 20th century’s greatest photographers, her work wasn’t discovered until a 26-year-old real-estate agent bought a box of old negatives at an estate auction in 2007. In this captivating film, her story is finally brought to light. 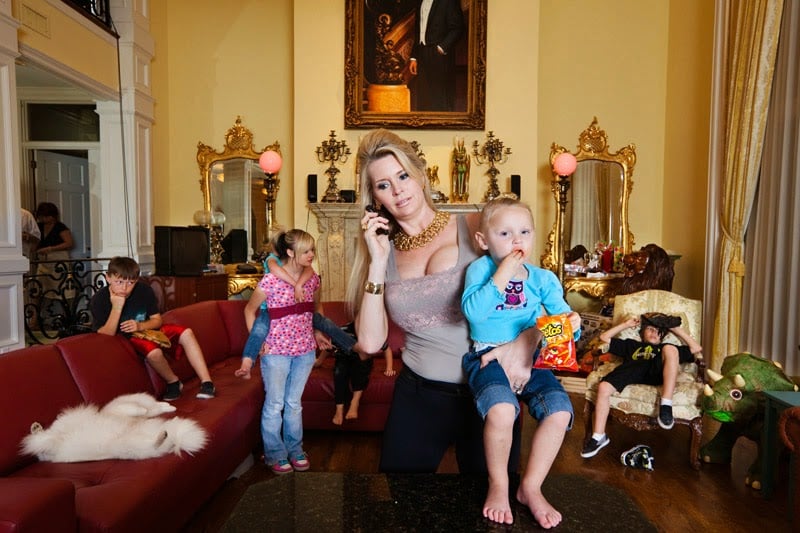 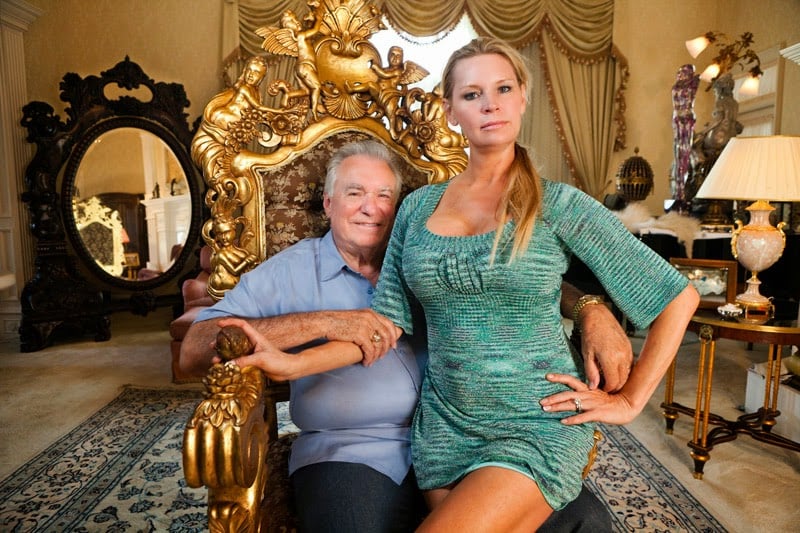 The Queen of Versailles tells the extreme riches-to-rags tale of billionaires Jackie and David Siegel, owners of Westgate Resorts. The film opens with the couple building the largest single-family house in America—a 90,000 square foot palace with 9 kitchens, 13 bedrooms and 25 bathrooms, plus a bowling alley and movie theatre. But over the next two years, they stop construction and put the property up for sale, as their company falters after the economic crisis. The Economist calls the film “an uncomfortably intimate glimpse of a couple’s struggle…What could have been merely a silly send-up manages to be a meditation on marriage and a metaphor for the fragility of fortunes, big and small.” 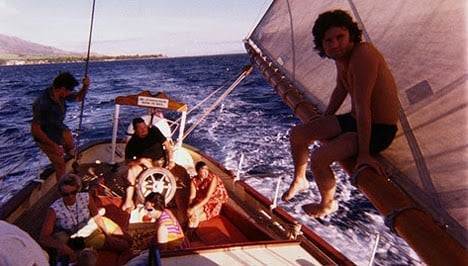 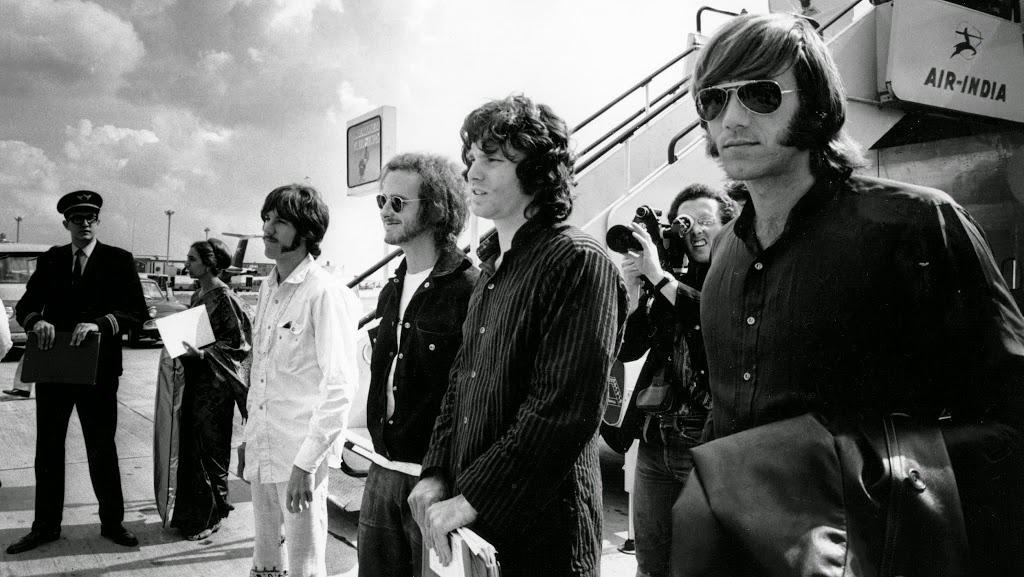 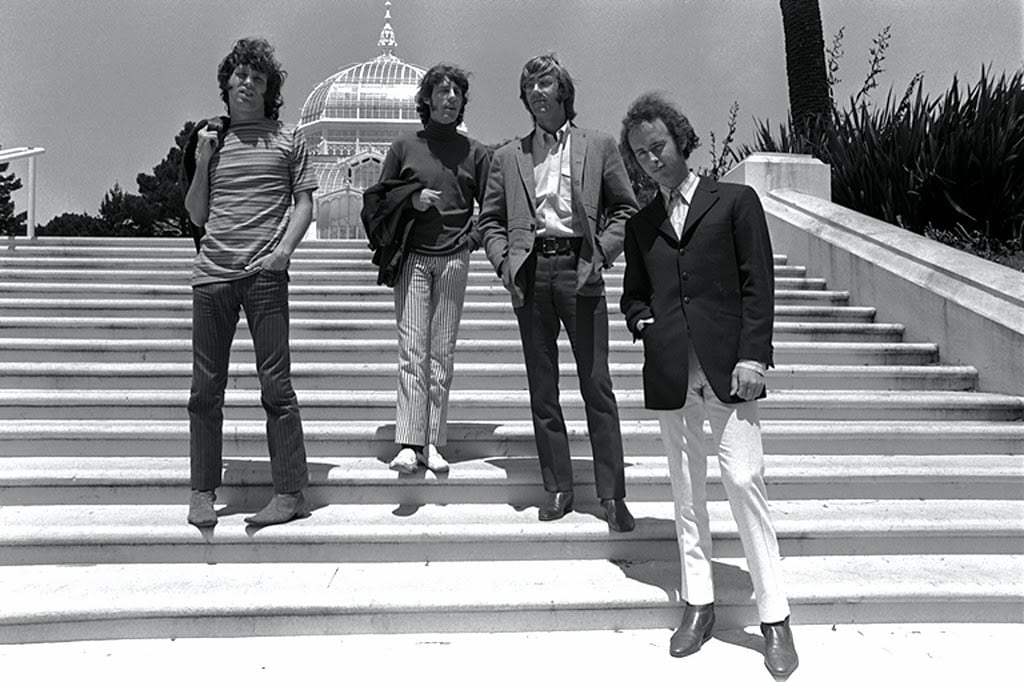 Alex convinced me to watch When You’re Strange on vacation a couple years ago—and as soon as the movie started, I was hooked. Jim Morrison, the lead singer of the Doors, died mysteriously in 1971 at the age of 27—and ever since then, countless books and films have made him out to be a supernatural force: a modern day shaman, a genius poet, maybe even immortal. But that’s why we loved this documentary: It digs beneath the myths to look at the real person. Drawing on amazing behind-the-scenes footage and an intelligent script, the film, narrated by Johnny Depp, takes an honest look at how a shy Navy brat with a taste for brainy books transformed himself into a rock deity in leather pants, and how the journey ultimately destroyed him. 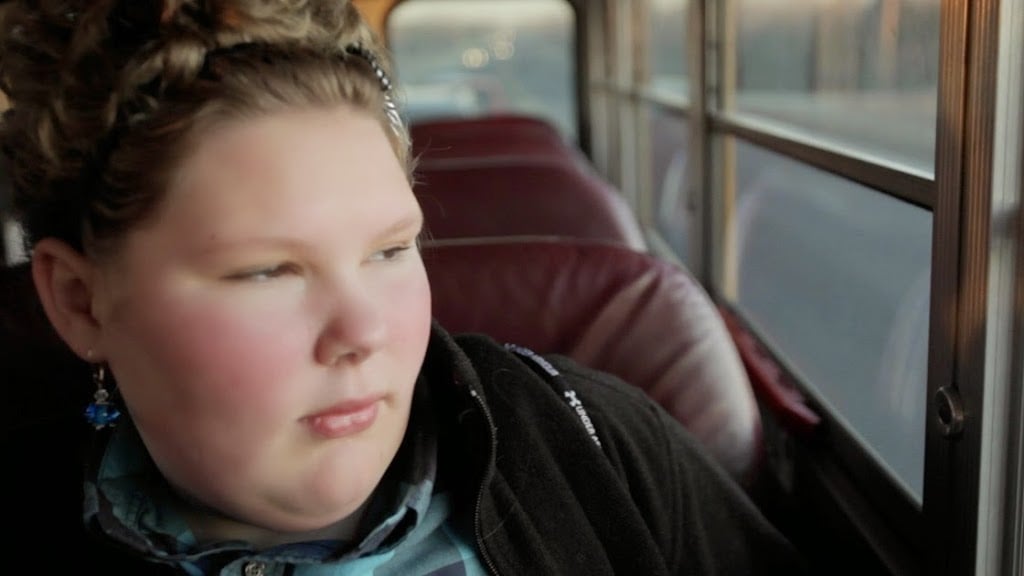 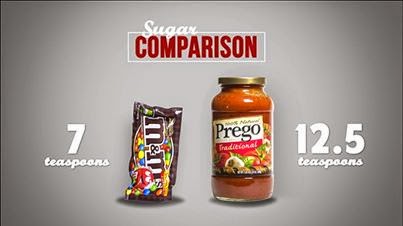 The new documentary Fed Up examines America’s obesity epidemic and the food industry’s role in it. For example, 80 percent of food items sold in America have added sugar—of course, you’d expect candy and ice cream to have sugar, but tomato sauce? Chicken soup? Bread? Yogurt? This topic is near and dear to my heart, as we try harder and harder to keep our children from eating too much sugar during the day. (At Toby’s school, they give the kids birthday cupcakes at 10am! Drives me crazy!). Side note: Check out their two great movie posters.

Thoughts? Any others you’d recommend? I’d LOVE to hear…

Tags: 10 best documentaries, documentary
110 COMMENTS
WRITE A COMMENT
Design
most popular
01
My Sister’s Home Makeover
02
Emma Straub’s Brooklyn Family Home Is a Book Lover’s Dream
03
What Are Your Top Three Books?
04
The Ultimate TV Guide (If You’re Looking for Something Great)
05
Behind the Scenes: Making a Magazine Cover
May We Suggest…
By Joanna Goddard
Design
‘This Way Up’ Might Be Your New Favorite Show
September 10, 2019

166 COMMENTS
By Caroline Donofrio
Design
The Only Show Anyone’s Talked About for the Last Two Weeks
January 12, 2021

such a very interesting article. can’t wait for more

Hi Joanna! Thanks for the recommendations.

I highly recommend seeing ’20 Feet from Stardom’. It won the Academy Award for Best Documentary Feature this year. I saw it this summer at TIFF in the Park and it blew me away. http://twentyfeetfromstardom.com/

I also saw Valentine Road at the Hot Docs Film Festival last year. It was so, so moving. Keep a box of tissues handy.
http://valentineroaddocumentary.com/

I’m trying to get my daughter off of sweets for dinner. No bread, no jam, no cereal, etc. But I am a bit lost as to what to feed her for breakfast. Any great ideas?

I couldn’t get over The Queen of Versailles. I want to see Fed Up!

I liked “Magic Beyond Words” about Harry Potter author JK Rowling, and also “With Great Power” about Stan Lee. I also thought Queen of Versailles was very interesting!! Also i’m sure many of you have heard of Super Size Me.

Recently watched “The Crash Reel” w/my hubby and we both thought it was GREAT and so interesting on many levels. We really enjoy extreme sports and love snowboarding, so it was particularly fascinating to watch this movie about snowboarder Kevin Pearce and his climb in the sport, his tense rivalry w/Shaun White, his horrific accident just prior to the Vancouver Olympics, his recovery, and to learn about several other elite athletes in extreme sports who have been affected by similar injuries.

And if you are into food-centric movies, “Jiro Dreams of Sushi” is a good one (especially if you love sushi as much as I do!).

Have you seen “SOMM?” It’s about the ridiculously hard test to become a sommelier, it was really good! On Netflix.

I saw Finding Vivian Maier tonight & totally loved it! I’m a photographer that loves her work, but it was very interesting to find out more about her strange, reclusive life.

Have you seen Good Old Freda, about the Beatles Secretary it’s great!

I just watched and Loved:
The Animal Communicator – about S. African Anna Breytenbach and what’s possible when we listen, fascinating. There’s a youtube clip from the movie called, How Leopard Diablo Became Spirit…so good.
Everybody Loves Babies, older but great, and alternative and also great:
Birth As We Know It, about a new approach to giving birth.

Also loved many of the other commenters rec’s – can’t wait to see Searching for Sugarman!

Some older docs I loved are The Art of the Steal, Startup.com, and Pressure Cooker.

I love documentaries! Can’t wait to see Fed Up.

I second to those who recommend Exit Through the Gift Shop, and I highly recommend Crazy Love, both available on Netflix Watch Instantly!

I always love when you post your reviews/suggestions of documentaries! I love to watch them but hardly know where to start (some seem so promising only to fall so short) when choosing one to watch. I’m looking forward to checking a few of these out!

Many of my documentary faves have already been mentioned. So, I’d like to give a shout out to Showtime’s most recent docu-series, “Years of Living Dangerously,” about climate change. They cover some of the traditional angles, like polar ice melt and weather pattern changes, but also some interesting religious and political perspectives. I learned some very interesting things about the effects of methane leaks from both fracking and our aging natural gas infrastructure, as well as global social unrest due to drought. I highly recommend it.

I really liked 180 Degrees. About a surfer/explorer dude who makes his way to Pategonia in part to retrace the trip Yvon Chouinard made in the 60’s. More thought provoking than I’d anticipated. And, just…beautiful.

Thanks for sharing – I want to watch all of these!

One of my favourite documentaries is “Spellbound” (2002) – it’s about kids competing in a national spelling bee.

“Wordplay” (2006) is another good one about people who love crossword puzzles – lots of cameos, including Jon Stewart and Bill Clinton!

Finally, “How to Make Money Selling Drugs” (2012) is a great documentary about America’s war on drugs.

Thank you! I didn’t realize about M&Ms until reading your blog post they are 7 teaspoons of sugar! I search Internet to read American Heart Association recommends 6 teaspoons a day for women, 9 for men.

There’s a documentary on YouTube about the history of Britain that’s interesting. There’s another about literature or paper making that I forget the name of. A blonde Brit narrates using a tablet. Of course Joseph Campbell’s, “The Power of Myth,” is a must watch.

Jodorowskys Dune is the best movie I’ve seen in theaters this year!

Muscle Shoals. You will be AMAZED at all of the incredible music that was recorded in Alabama (my home state!).

any of herzog’s documentaries are worth watching. wings of hope, about the sole survivor of a 1971plane crash (a flight herzog himself was supposed to be on) is just one example.

Sugar is also commonly a GMO, unless it’s certified organic cane sugar. GMOs are knowns to cause cancers of all kinds, which may have something to do with why the president has yet to fulfill his promise of requiring GMOs to be labeled. Pharmaceutical companies run this country and it’s a damn shame.

I’m surprised “Searching For Sugarman” didn’t make your list! I enjoyed it so much! Also liked “20 Feet From Stardom” and the one you mentioned a while back, “The September Issue”.

I’m surprised Searching For Sugarman didn’t make your list. It’s the best documentary I’ve ever watched. I also enjoyed 20 Feet From Stardom and the one you recommended a while back, The September Issue.

Blood Brother is a truly amazing film! Incredibly close to my heart, it follows an American man and his journey as a permanent resident in village outside of Chennai, India. His life is transformed by the Aids orphanage he spends all of his time volunteering at. The filmmaker is his best friend from back home and is a very personal and intimate story. It was made this year and has become a favorite film already.

Yes, Queen of Versailles was so fascinating! And just tragic. I’ll have to check out K8’s recommendation for Somm, as I have recently decided to pursue my Master Certification!