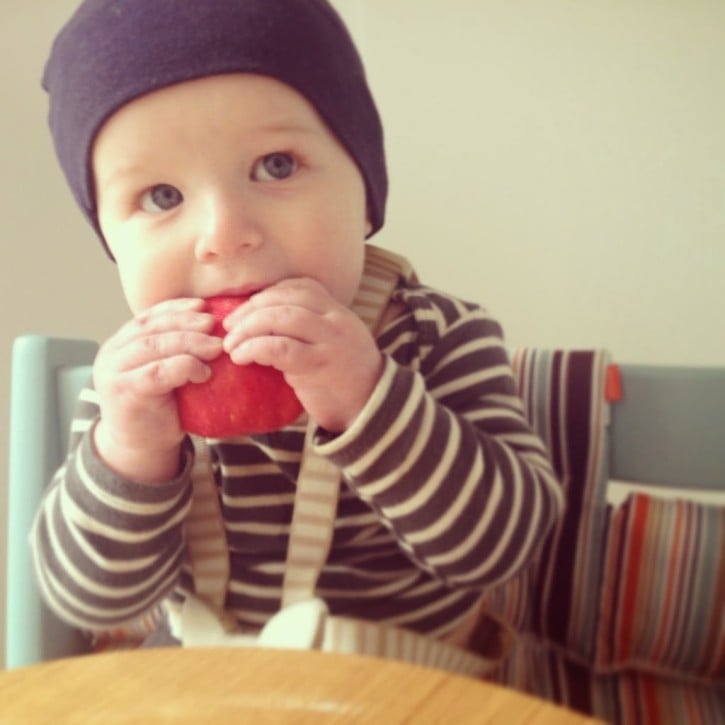 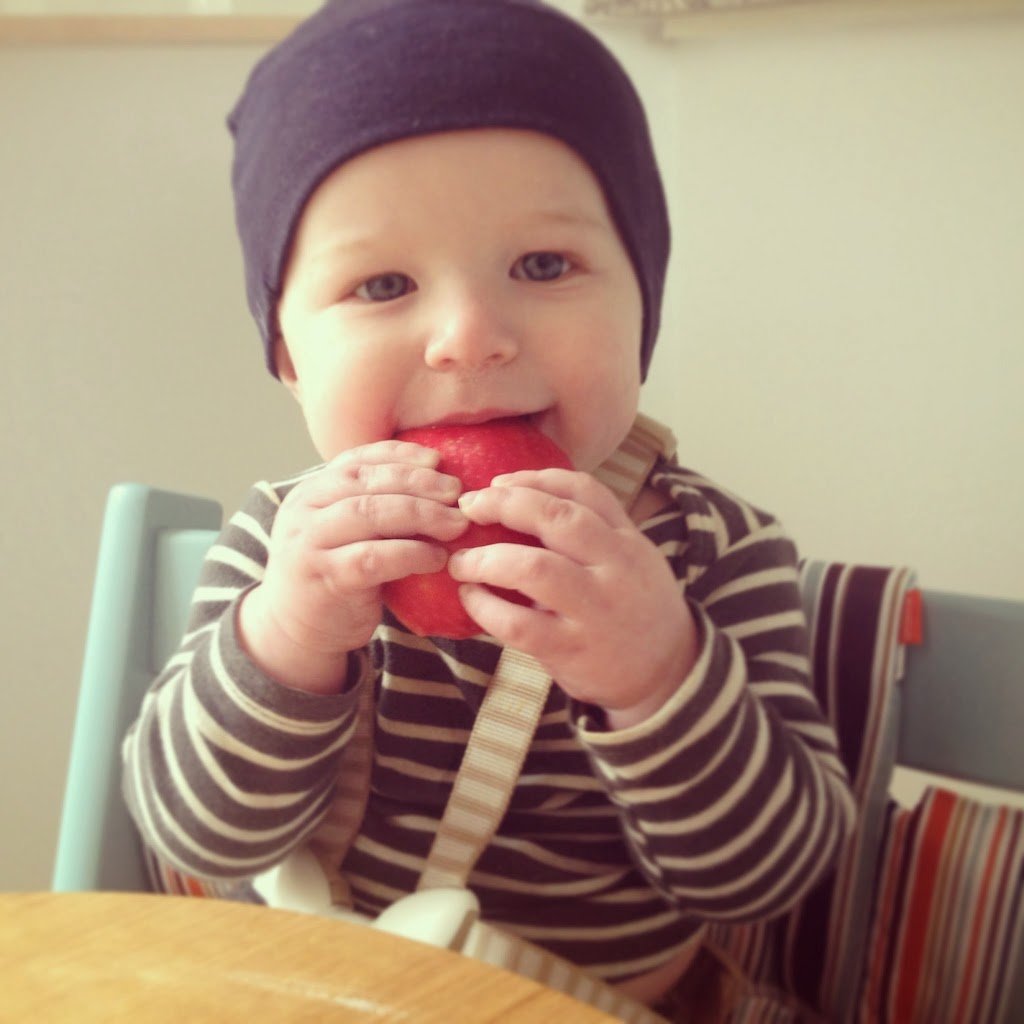 When our first child, Toby, was little, we didn’t know what to feed him. We didn’t love baby-food jars, but we felt exhausted and overwhelmed by the idea of pureeing everything…so we basically just fed him 1,000 spoonfuls of store-bought hummus. Poor guy!

But with our second child, Anton, we’re taking a different approach, and I feel so liberated! In her book Real Food for Mother and Baby, which I recently reread, Nina Planck talks about feeding her baby tons of foods—meat, poultry, fish, dairy, eggs, fruits and vegetables—right from the start. She gave him grated Parmesan mixed with olive oil. She stirred salsa into eggs. She added cinnamon to mashed banana. She gave him dark chocolate. She let him gnaw on lamb chops and chicken bones. She even gave him raw ground beef with olive oil and salt, and her favorite baby food was salmon roe! (“It’s fun, like a bright orange pea,” she wrote. “Your baby can pick it up, piece by sticky piece. When she bites down, it goes pop!”)

We aren’t nearly as ambitious—raw beef kind of freaks me out, and salmon roe is not cheap!—but I found her book very freeing. After seeing the laundry list of foods she was serving her son, I felt emboldened to give Anton at least some basic foods to try.

So, here’s what eight-month-old Anton loves these days: dried mango slices (he ADORES these), apple slices, bananas, strawberries, pear, orange wedges, avocado, peas, green pepper slices, broccoli with garlic and lemon (he sucked on spears at a restaurant and was in heaven), soft chunks of cheddar cheese, yogurt, brown rice, hummus, pieces of grilled salmon, crusty bread to chew on, and long pieces of steak to suck on. He even liked sucking on half a lemon the other day! (Confession: I originally gave it to him just to see his pucker face:)

Also, when Toby was little, I really worried about choking. I remember hanging out at my friend Leigh‘s house, when she handed Toby a crust of bread. I watched him put one end into his mouth to chew on and almost had a heart attack. I tried to be cool—but lasted only two seconds before yanking it out of his mouth. “He might choke!” I told Leigh. But she reassured me by pointing out that babies have incredibly strong gag reflexes. And since then I’ve read more: “They may occasionally gag a bit or cough and splutter,” the infant-feeding expert Gill Rapley, who co-authored The Baby-Led Weaning Cookbook, told the Guardian, “but that’s actually a baby’s way of triggering the anti-choking reflex, and it happens with purées too. The real risk comes if parents try to hurry…and put chunks of food in a baby’s mouth for him.” Does this ring true to you guys? Sometimes I still get a little nervous, but I’ve been trying to trust in Anton’s little system! 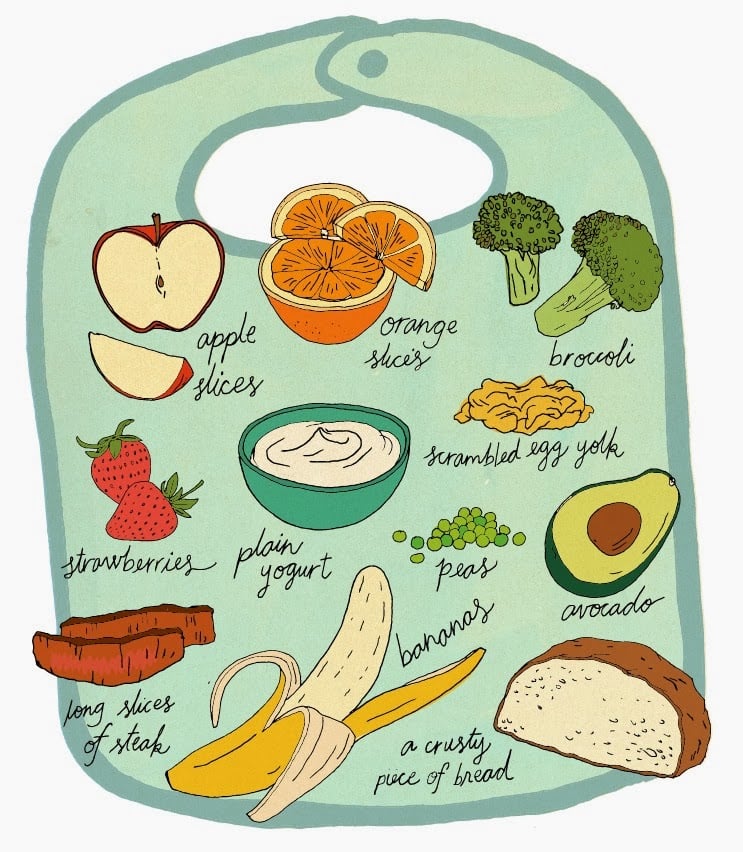 I’d love to hear: Which foods do or did you serve your baby? Anything they especially loved? I’d love to learn a few more delicious combinations—like adding butter, cheese or spices. What was your overall approach to starting solids? Did you ever try a baby-food maker? Thank you so much!! xoxo

P.S. French kids eat everything, and toddlers in the kitchen.

(Photo of Anton in his highchair, and illustration by Julia Rothman for Cup of Jo. Thanks, Julia!)