12 Surprising Things About Parenting in India 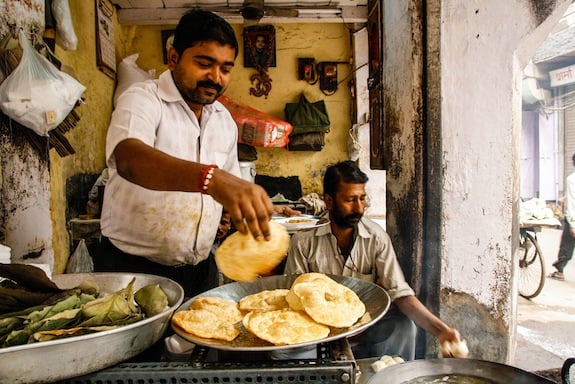 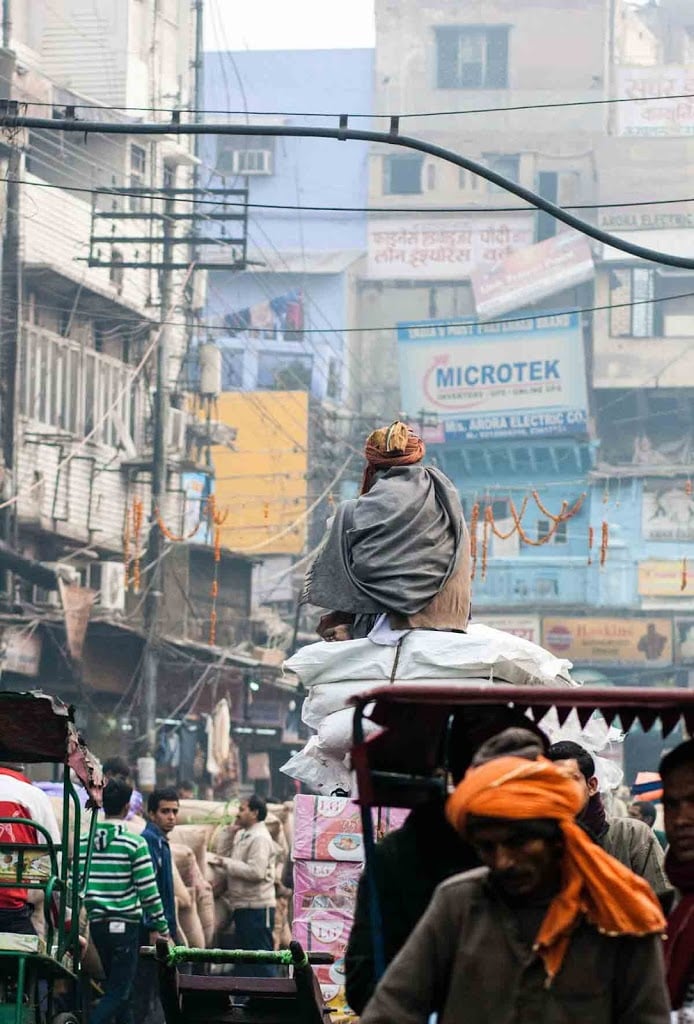 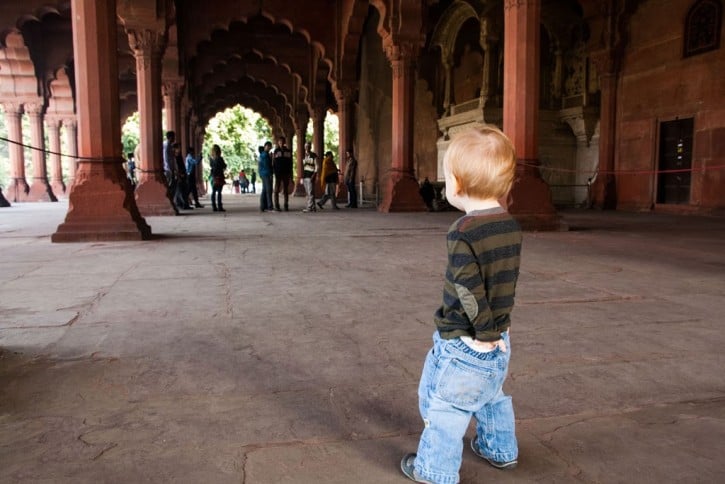 Thank you for being so enthusiastic about our summer Motherhood Around the World series. It has been an honor to share these women’s personal stories, and I loved reading all your comments. We’ll be taking a break from the series for the fall and hope to do another group next spring.

Our seventh (and final!) interview features Danielle Dumm, who lives in New Delhi with her husband, two-year-old son and a baby on the way. Here are 12 things that have surprised Danielle about being a mom in India… 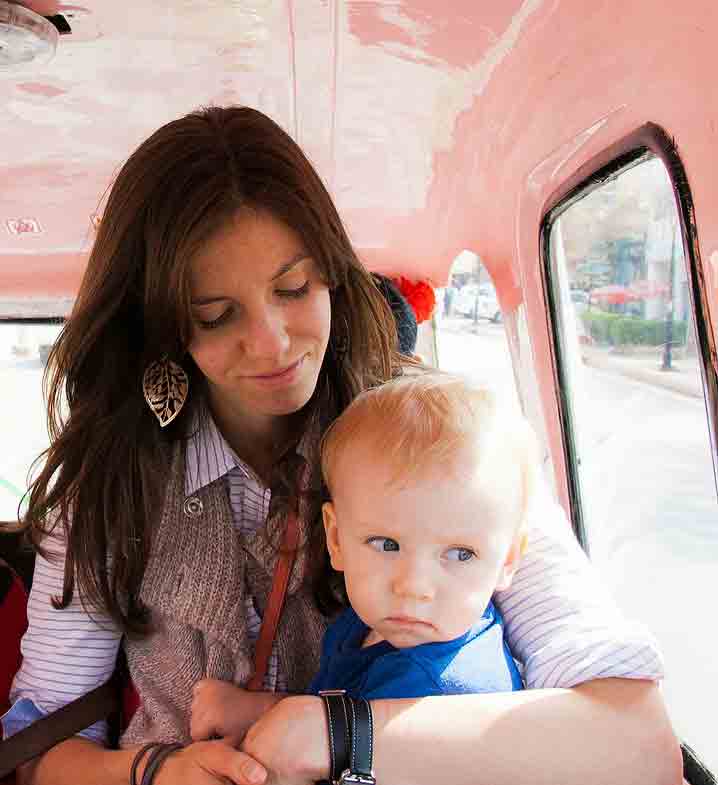 Photographer and writer Danielle met her husband when they were both working for a non-profit in Washington, D.C. “I was only 23, and we had been dating for a year. One night he said, ‘I just got into the Foreign Service, and I have to leave the country. Want to get married?’ ”

Danielle wasn’t sure she was ready, but the couple talked all night. Fast-forward a few months: They were hitched and moving to China. “You know that idea that you don’t really know someone until you take a road trip together? This was like an extreme version of that,” she says. “Luckily, it has been amazing.”

They lived in China for two years, where they had a son, Will. Then they moved to New Delhi, in August 2012, for another two-year stint. “We’re about to bid on our next location,” Danielle explains. “As part of the Foreign Service, the longest we’ll stay anywhere is three to four years.” Danielle works part-time as a photographer and writer and blogs about her experiences here. 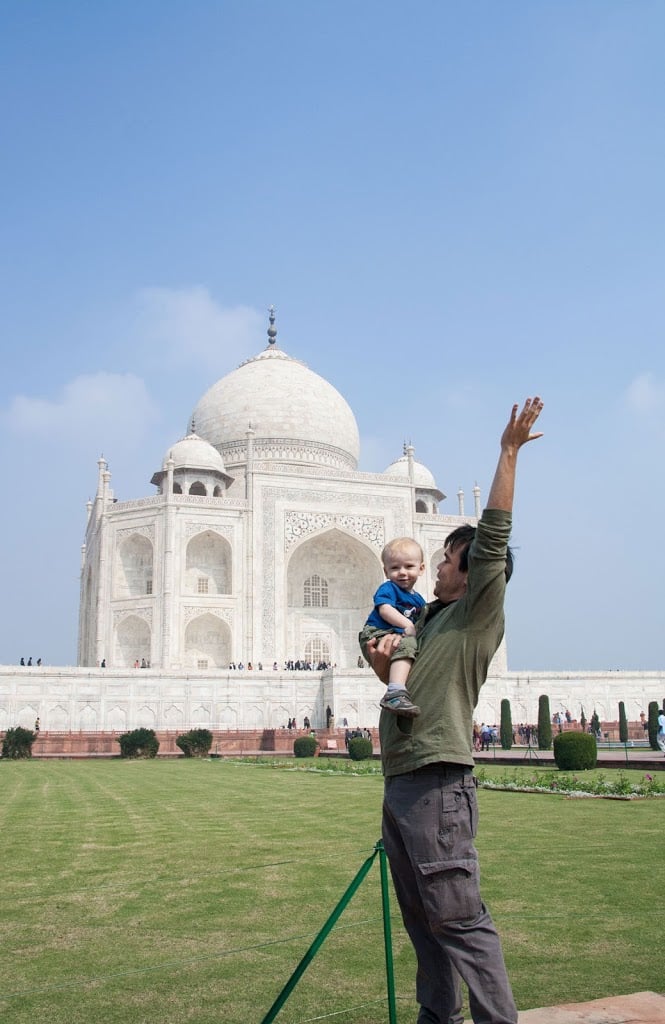 On “playgrounds”: India has playgrounds, but there is nothing like watching my son toddle giddily around the ruins of a fourteenth-century mosque. And I’ll never forget the day I watched a group of young kids play a game of hide and seek at the fifteenth-century Safdarjung’s Tomb by our house. 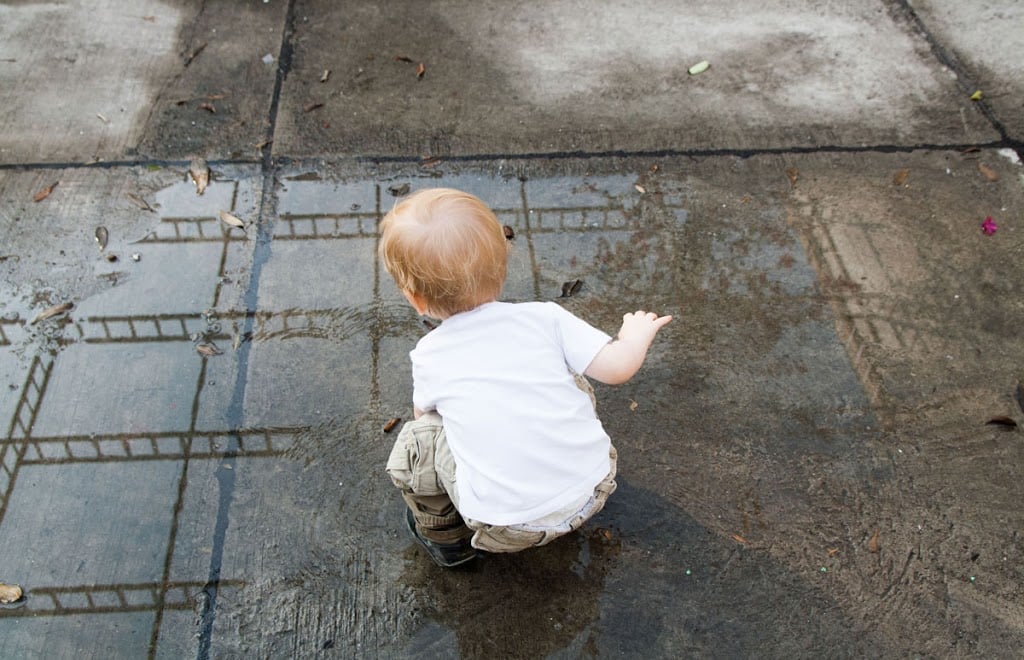 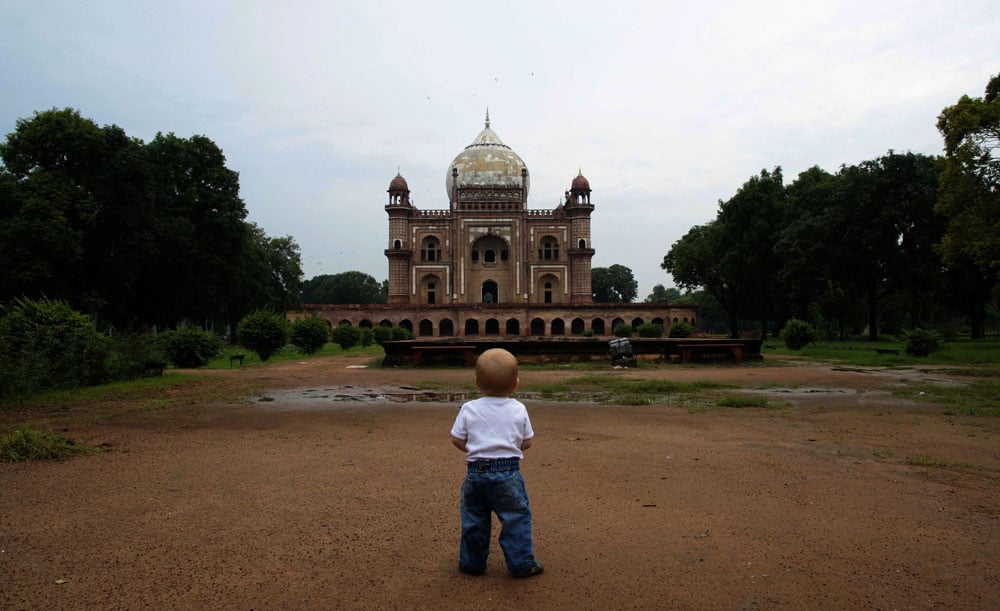 On cuts and bruises: The hardest thing about living here are the safety concerns. When my two-year-old son wants to walk down a street, all I can see are the stray dogs and barbed wire on the ground. He can’t drink his bathwater. I mean, what kid doesn’t sometimes drink a little bathwater? I’m looking forward to a time when I can just sit him in the backyard and not worry if he puts a little dirt in his mouth. Because here, it’s never just dirt. And local children regularly swim in the Yamuna River, which so polluted that it’s covered in a layer of thick white chemical foam.

In America, for all of our hovering, most of us accept that falling down and getting scrapes and bruises is a natural part of early childhood. Here, people seriously freak out if Will sports a few minor scabs on his knees. People have even asked me if he had been hit by a car—because how else would a child be allowed to get so scraped up? This might seem like an overreaction, but I understand it. Dirty wounds can easily become infected here, and certain hospitals can be so unsanitary that its best to avoid them or risk getting even sicker than you already were.

Still, there’s nothing more rewarding than taking my kid out to experience India in all its glory. I wouldn’t trade all of the sweaty, crazy adventures we’ve had here together for anything. 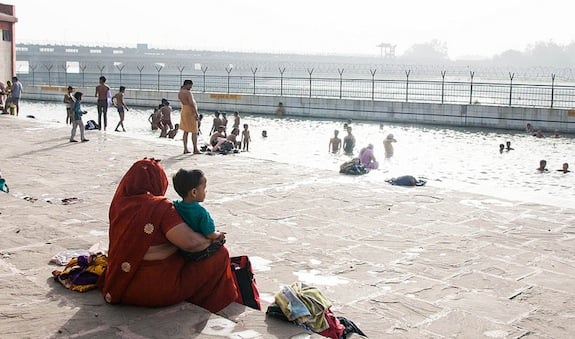 On babies and breastfeeding: It’s against the law to find out the sex of your baby here. There’s a preference for boy babies, so they don’t want people end their pregnancies because they find out it’s a girl. Breastfeeding is encouraged here, but among certain sections of society, formula is a status symbol. Using formula implies that you are wealthy enough to employ an ayah (nanny).

On men and women: A friend of mine recently took a birthing class here. Birth class is a very progressive thing for India—especially one where men would attend. She gave the husbands credit for trying! But she said they could not say cervix without getting really embarrassed. They could not point out parts of the female anatomy. Sex is still taboo in many ways—there’s no health class in schools here. Until recently, men were not allowed in the delivery room, and that’s still the case everywhere but in the most elite hospitals. My friend’s doctor told her, “You don’t need a doula because you have an American husband.” The other men were much more uncomfortable. 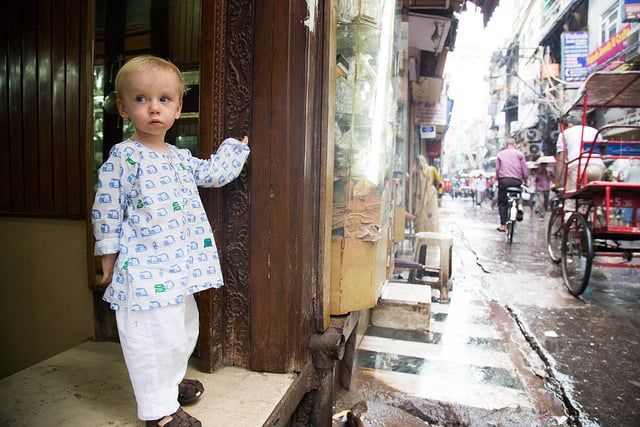 On family beds: In a country in which space comes at such a premium, few parents would dream of allocating a separate room for each child. Co-sleeping is the norm here, regardless of class. Children will usually sleep with their parents or their ayah until they are at least six or seven. An American friend of mine put her son in his own room, and her Indian babysitter was aghast. The young children from middle class Indian families I know also go to sleep whenever their parents do—often as late as 11pm. Our son sleeps in our bed, as well. He has a shoebox of a room in our house where we keep his clothes and crib, and he always starts the night in there, falling asleep around 8pm. That way Chris and I get a few hours to ourselves. Then, around 11pm, Will somehow senses that we are about to fall asleep and calls out to come to our bed. It’s like clockwork, and he falls right back into a deep sleep the second his head hits the pillow.

On hiring a housekeeper: I always swore I would never hire a housekeeper, but it’s mind-boggling how dirty a house in a developing country can get in just a few hours. Even when we mop the house every single day of the week, we still go to bed with black feet every night from dirt that collects on our floors in a matter of hours. There is just that much dirt in the air. Our housekeeper, Kanti, comes Monday through Friday, for a few hours every day. Also, I have to admit, I like having another person around the house. I think it’s typical in the U.S. to be somewhat isolated in the house with your kids. It’s much more common here to have ayahs, relatives and neighbors around all the time—a difference I really appreciate. 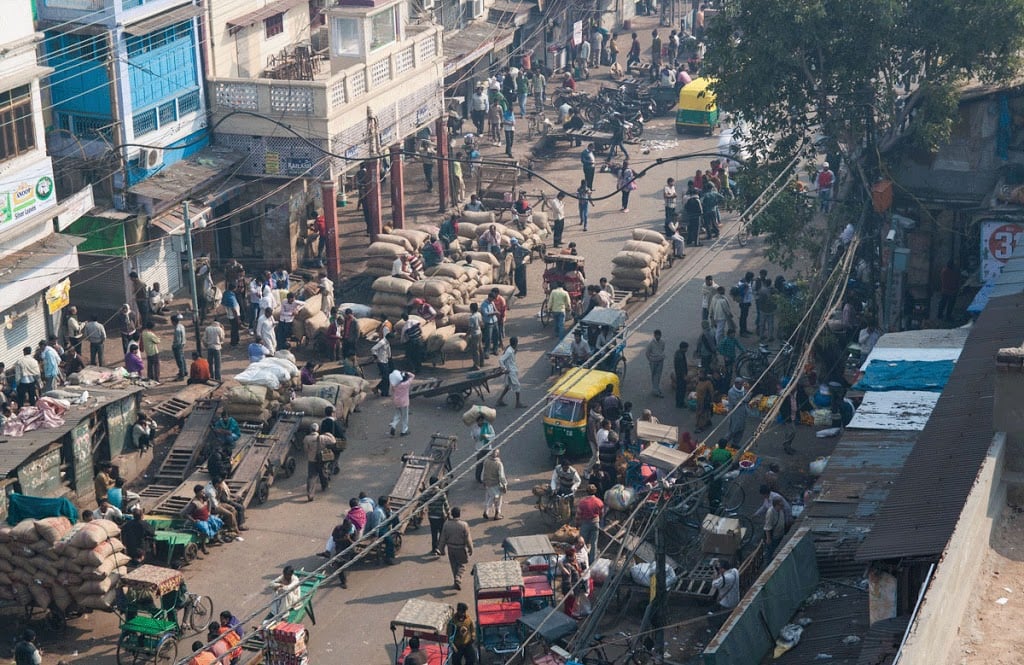 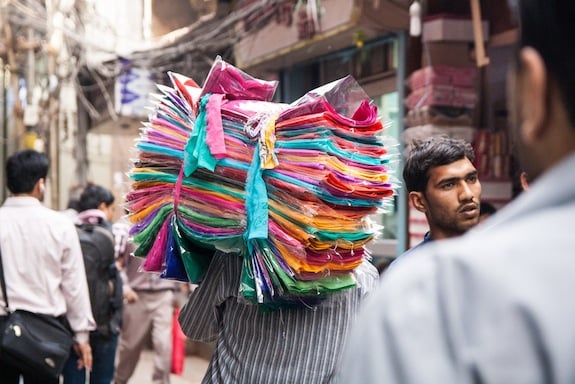 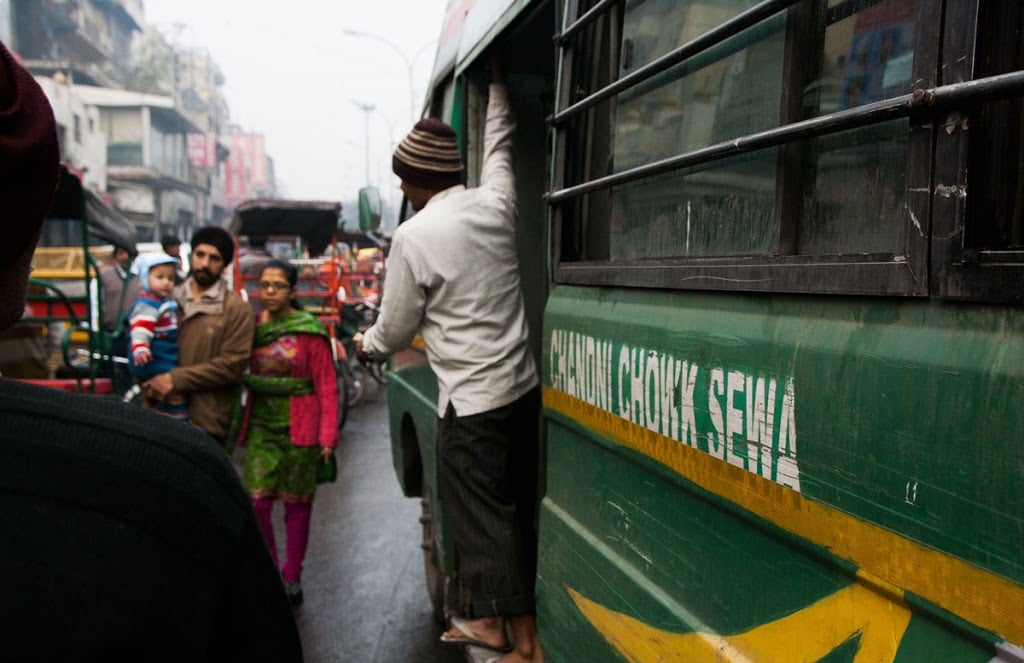 On full-time nannies: Indian families who can afford it (typically middle and upper class families) hire full-time nannies, called ayahs, whether both parents are working or not. I don’t have an ayah, mostly because I like bringing my son around the city with me. But in the beginning we got very strange looks when we’d go to the market together. It is rare to see any but the very poorest children out in public, except at designated “kid venues” like playgrounds.

Even if you can’t afford an ayah, there’s a very strong tradition of family members and neighbors watching your kids during the day so you can go out on your own. I think this is partly because the country is just not very child friendly. There are a lot of dangers, and it gets incredibly hot. When it’s 110 degrees out, it’s hard to take kids anywhere. Many Indian and expat women would never dream of taking their children with them to run errands or go to dinner.

On living with your nanny and her family: Often, Indian homes will have separate quarters, where the ayah lives with her own family. That way she can be flexible with her hours, but doesn’t have to be away from her own husband and kids. The role of the ayah is such a cultural norm here that annual membership to the local children’s museum includes three adult passes—two for the parents and one for the ayah. In Indian families, it’s a long-term relationship—your ayah becomes part of your family. 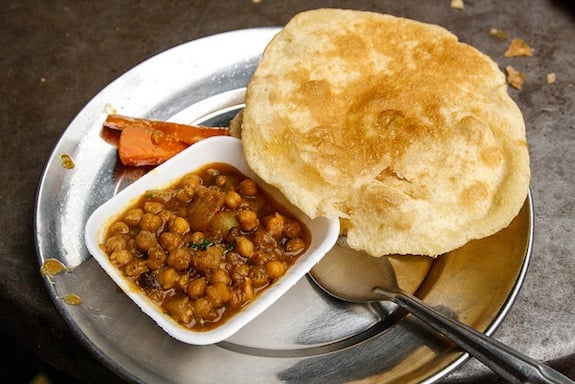 On eating seasonally: Produce is very seasonal. You get strawberries for a few weeks and then not again for months and months. Every three days, I make Will popsicles out of whatever fruit is in season—mango, papaya, lychee. Right now it’s slim pickings at the vegetable stand. I bought some potatoes the other day and they were half cooked by the sun by the time I got home.

My favorite Indian food is chole bhature, a chick-pea gravy served with a deep-fried piece of dough. It’s best enjoyed when we’re out walking as a family at 6am—things are still quiet, the traffic isn’t insane yet and the heat is bearable—and we find a guy with a clean, open stand. So damn good. 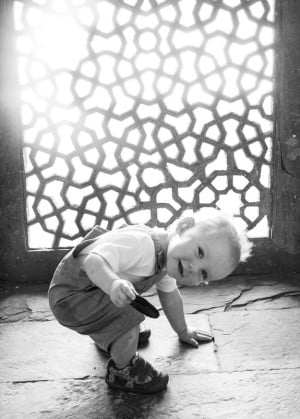 P.S. Motherhood in Norway, Japan, Central Africa, Northern Ireland, Mexico and Abu Dhabi. Plus, why French kids eat everything and babies sleeping outside in Denmark.

221 COMMENTS
By Joanna Goddard
Motherhood
What Are Your Favorite Baby Names?
June 14, 2021