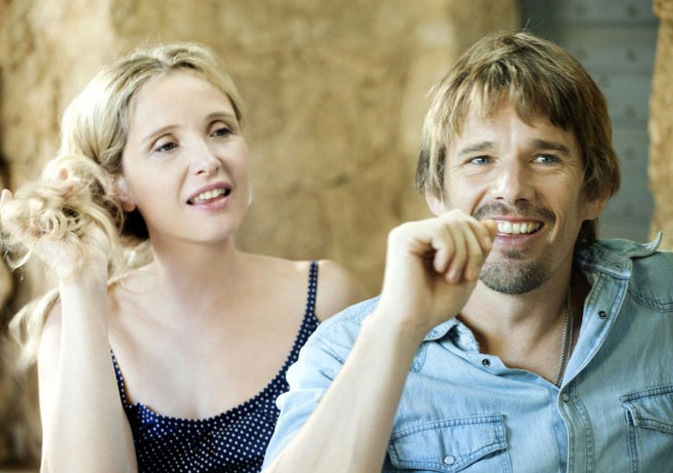 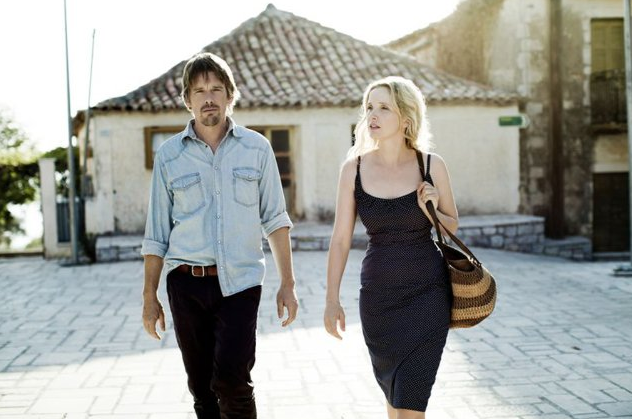 Have you seen the beautifully romantic films Before Sunrise and Before Sunset? Well, director Richard Linklater has now made a third film in the series, Before Midnight which premiered this week at Sundance to rave reviews. (Slate says it’s “so good it approaches perfection.”)

Starring Ethan Hawke and Julie Delpy, Before Midnight follows the characters Jesse and Celine as they spend a day in Greece. It’s been almost two decades since they first met on a Vienna-bound train, and nine years since they spent another single afternoon together in Paris. True to form, the two characters stroll around town together, discussing their hopes, fears and dreams. As Slate says, these are “unusual and acclaimed films, consisting almost entirely of dialogue between a man and woman.”

Slate says the dialogue between the twosome “as expected, is pitch-perfect… In a manner arguably unequaled in film, Before Midnight captures exactly just what makes it so infuriatingly hard to stay in any relationship.”

The film has been kept surprisingly quiet — no trailer yet! — but it seems to have a September release date. I can’t wait. Are you, too, dying to see it?

And below are a few photos from the first two movies (does Julie Delphy just not age?!)…

Before Sunrise (1995), in their twenties spending a night together in Vienna: 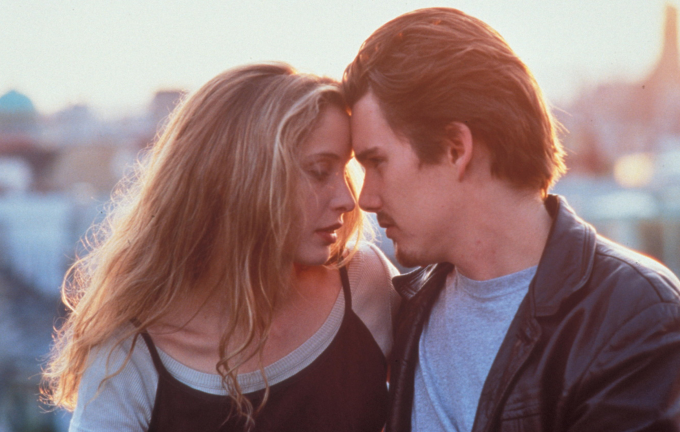 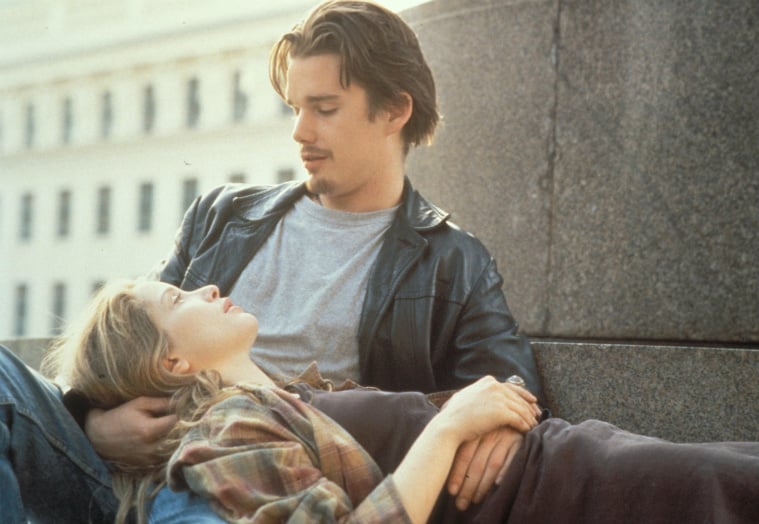 Before Sunset (2004), in their thirties spending an afternoon together in Paris: 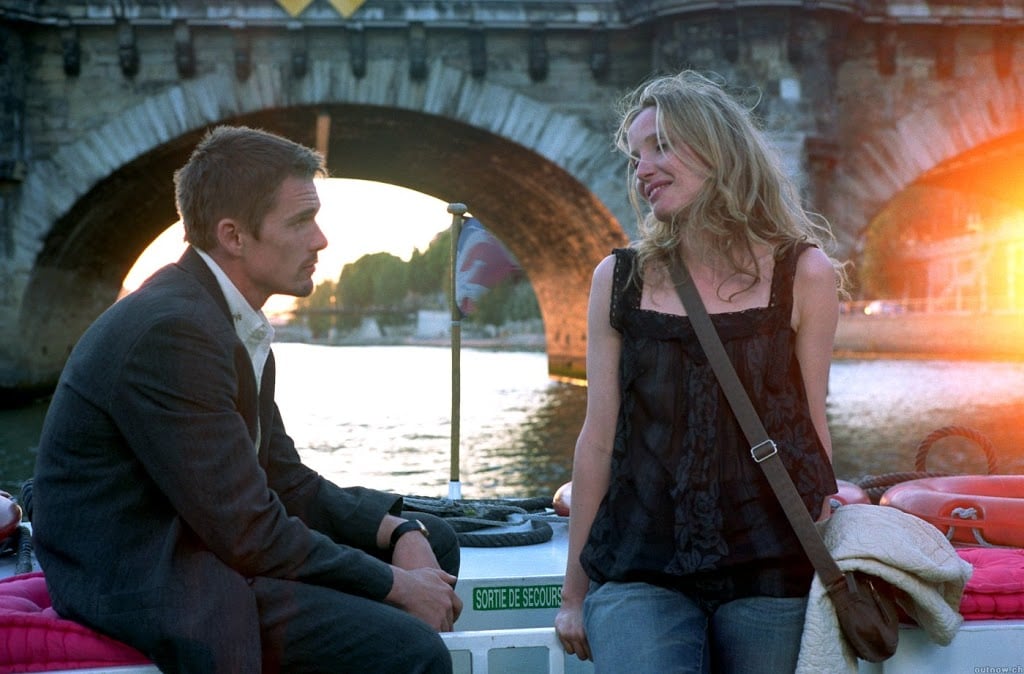 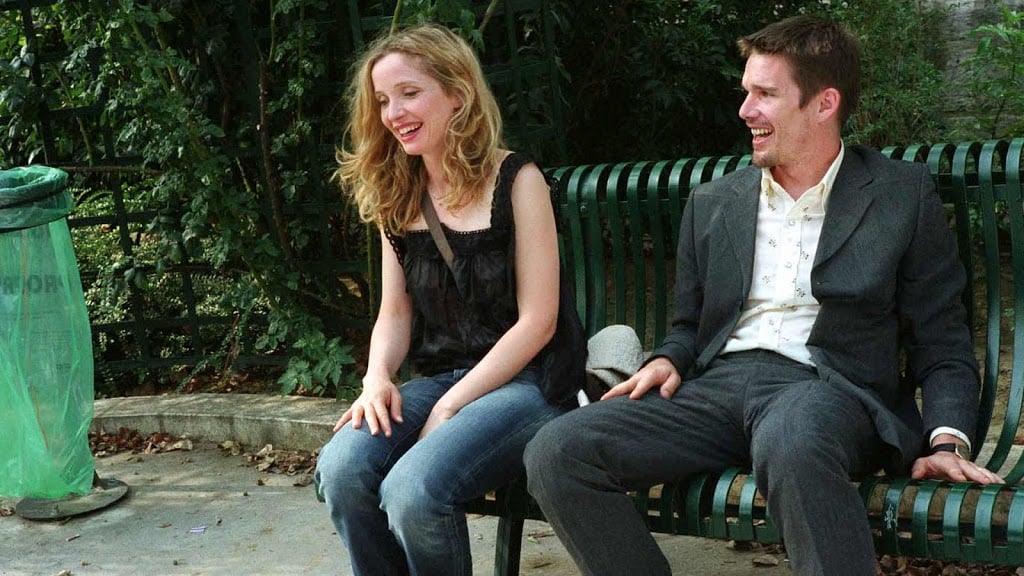 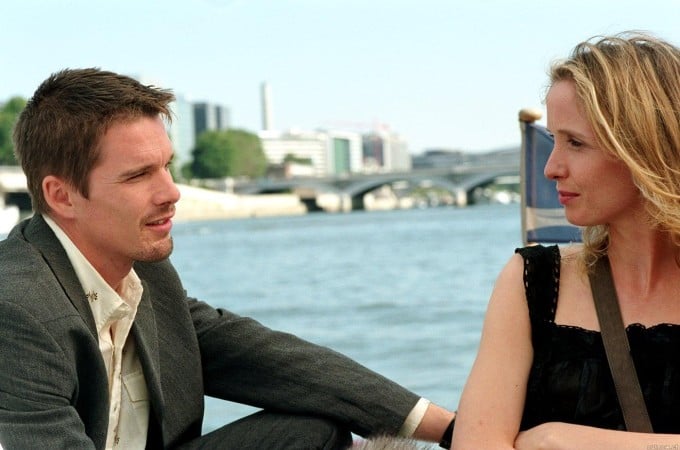 P.S. Another great movie that Julie Delpy wrote, directed and starred in.

Enjoy the film but have been recommended to try the book which is apparently much better :)
50 shades of grey movie
Really after reading book its all visible after that movie…would be rocking…

A baby downstairs to the store to buy drinks. The shopkeeper gave him a bottle of,cheap wow gold then the child says no money. The shopkeeper is angrily threatened:”Don’t have the money to your mother!” The child was frightened out of bottle caps are off the ground. Pick up a see: come again a bottle of! So the bottle cap, gave it to the owner, walked happily.cheap gw2 goldLeave the owner to choose a suitable text book with a clueless look on his face.

Woo hoo – you have made my day! Thanks – sounds like a date night to me.

Woah the spammers are out in full force!

May 24th in the states!! get excited my friends!!!

I’m so excited! Can’t believe is going to be a third movie!! Thanks for sharing, Before Sunrise and Before Sunset were two cult movies of mine, but with the years I just can’t see them anymore, I have the sensation that they (specially the first one) are addressed to an older part of me. Is so wonderful to see a story evolve like all life does! Thanks thanks for sharing this news!

I have never heard of this movie before reading your post, but I am quite into love comedy so I chose to watch them. I loved the first one, the two of them were young and pretty and discussing about philosophical and blue sky issues. I definitely loved the film and wanted to watch the second one. And I loved the second even more. Although I am not in my thirties yet (but will soon be..!) I have recognised myself more in what they were talking about and their struggles. So now I am dying to see the next movie.
I think the idea of making a movie every 9 or 10 years is just amazing. It`s like following you and the developing of your character, love and sentiment through your life. I love it. I think we can all see ourselves on the two lovers. And they are so romantic!
Thank you for sharing this! Or I would have missed something I am loving som much!

Reply
Andi of My Beautiful Adventures

I saw it at Sundance last week! If you are already a fan of the series I think you’ll definitely like it. It is such a fun/interesting series – little snapshots of a romanic relationship overtime. Part of me hopes they keep going!

This is one my favourite cinematic romances of all time! I love Ethan Hawke & Julie Delpy as much as I love Richard Linklater!! These movies may ring true to me too because Hawke & my first love were separated at birth… ;0)

I’m dying, DYING to see this! So is my husband. We’re planning to watch both of the previous ones right before seeing the new one together.

Jo, I’m a huge fan! Thanks for the info. So excited!

I had no idea! My husband & I both enjoyed the first two films.

i saw the first one in the theatre and have been dying (for 20 years!) to find out what happens! i can’t wait for midnight…

I can’t wait! I think this means my husband will finally have to watch the first two with me.

I can’t wait! I think this means my husband will finally have to watch the first two with me.

Can’t wait to see this! And catch up on the others :) thanks so, so much for sharing.

up to I looked at the check which had said $8984, I be certain …that…my neighbour woz realie earning money in there spare time on their apple laptop.. there sisters roommate started doing this for only twelve months and a short time ago took care of the mortgage on their apartment and bourt Fiat Panda. go to….. http://BIT40.com

Oh, these are my favorites! I can’t wait!

This is too early to say, if there’s a before noon I hope it’s set in nyc. Can you imagine jesse and celine strolling through a nyc night?

I’m excited to check this out- embarrassed to say I’ve never heard of it until now!

DYING! I saw the first three times in the theater and thus began my almost 20 year love of Jesse and Celine.