Motherhood Mondays: One Woman Asks: “I’m Not Sure If I Want Kids or Not. How Do You Decide?” 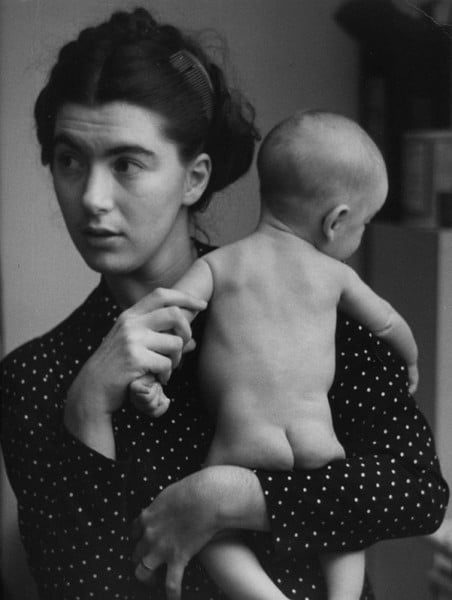 My good friend Corrie Pikul, a 36-year-old magazine writer and blogger living in Brooklyn, has never been sure if she should have a child. She doesn’t for sure want one, but she also doesn’t not want one. She’s completely 50/50. So, as she gets older, how will she make the decision? Here, Corrie shares her fascinating story…

I have to say, it was funny to me when Joanna was curious about my baby ambivalence, because I’ve spent so much time wondering about the opposite feelings—of certainty, of desire, and of urgency. At least, that’s how I imagine it feels when a woman knows she wants to be a mother (am I right? Please tell me!). The only thing I’m certain about is that I lack that feeling, and I’ve spent the better part of the past decade trying to figure out why. It’s my obsession.

STUCK IN THE MIDDLE

It’s not that I don’t want a baby. Or that I do. It’s that I’m exactly 50/50—I 50% want one, and 50% don’t. I’m totally, completely middle of the road—which makes making an actual decision feel impossible.

How does baby ambivalence feel? Frustrating. Temporary—it can’t last forever, because eventually age forces us to make a decision. Lonely.

I worry that I’m an anomaly. Why can’t I just get over this, and either throw myself into baby-making, or decide once and for all that I’m not meant to be a mom? Neither option feels right to me. I’m stuck in the middle, and I feel trapped. Baby ambivalence isn’t a form of freedom, because I’m too skittish to celebrate the fact that my husband and I don’t yet have kids. What happens when/if we change our minds? Down the road, we’ll think back on all the money we perhaps blew on, say, learning to scuba dive, and how it would have been better saved for pre-school tuition. My husband and I live in this “maybe” world.

WILL GETTING OLDER HELP?

For a long time, I thought that age would help me answer the baby question. I started thinking (fantasizing?) that, as I grew older, my fertility would naturally decline, and some biological mechanism would kick in that would help me realize that time was running out, and would cause me to feel a strong desire for a baby. There’s cultural precedent for that—women on TV and movies suddenly start talking about their ticking biological clock and how badly they want a baby. So I thought that since I didn’t feel strongly either way, some hormonal change would happen as I got older that would push me in the baby direction. But the question then became: Does that really happen? And if so, how long do you wait for it to kick in?

I investigated the link between age-related infertility and maternal desire for ELLE, and while researching that article gave me the opportunity to talk to some fascinating people (like a laid-back California psychiatrist named Warren Miller, who researches why people have children; and a whip-smart sociologist in Finland, Anna Rotkirch, who has done studies to test the existence of “baby lust”), I wasn’t able to find any proven link between what’s going on in our ovaries and our emotions about motherhood. Although Dr. Rotkirch has found that many women do experience that intense craving for a baby, she hasn’t been able to pinpoint a biological cause of that feeling—it may be related to hormones, but we can’t be sure.

The lack of a gung-ho, go-for-it, let’s-make-a-baby! feeling may seem like a flimsy “con” to have on the Baby Decision List, but my other worries loom large—and there are so many of them. My biggest concern is money (the astronomical cost of raising kids from infancy to college is another subject I’ve written about), and not having nearly enough of it to support both a child and my own dreams of a fulfilling work life. I’ve seen women leave jobs that they enjoyed because those jobs seemed incompatible with motherhood. And I’m not talking about crazy jobs that required traveling to Hong Kong every other week or pulling endless all-nighters in their cubicles. I’m referring to the kinds of normal careers that ambitious women want and succeed at, and believe that they’ll continue to succeed at before realizing how all-consuming and expensive raising a baby can be. In this country, the cost of full-time childcare sometimes doesn’t make working feel “worth it.” That freaks me out: that having a baby might mean that I wouldn’t be able to afford to work. I hear the word “choice” used a lot in discussions of moms and work—as in, “You make the choice that’s best for you” or “It was her choice to stay home.” But as Sharon Lerner, the author of The War on Moms, told me, for some people, it’s not a fair choice if all the available options are so crappy.

I’m constantly on the lookout for role models of women who are raising children and flourishing in jobs they like (or even love), and still enjoying their marriages. And, frankly, the numbers are discouraging. I feel so let-down sometimes about the daunting prospect of having a baby and finding a way to make the extra thousands of dollars I feel like we’ll need, while working less than I do now (who doesn’t pull 60-hour weeks these days, especially, it seems, in New York?), that it makes me feel like everyone with children must know some secret that I don’t. Or they have some special advantage, like a savings account they’ve had since first grade, or super-rich parents, or parents that live nearby and can babysit for free whenever necessary. Or maybe they have super powers! Seriously, how else would you do it?

That’s why I really appreciated the series Joanna did on mothers who blog, because it showed some of the different strategies women use to balance motherhood and work. It was reassuring to hear real mothers talk about how they’re making all the pieces of their lives fit together. We need more stories like that, of moms and dads talking honestly about the challenges of work, marriage and parenthood.

It recently occurred to me that all the life decisions I’ve made, all the decisions that helped define who I am, worked against the idea of a baby: I moved away from my parents, who are wonderfully generous and supportive people and who have reassured me that they’d help out with some of the childcare; I didn’t pursue a lucrative career (I’m a writer); I settled in one of the most expensive cities in the world; I married a man who, while perfect for me in just about every way, is as indecisive about children as I am (and who didn’t choose a lucrative career, either).

I never gave a thought to how all of these decisions would factor into MY ultimate motherhood decision, and now I realize how naive that was. It’s not like I thought the U.S. would suddenly turn into a parental utopia like France (check out Sharon Lerner’s eye-opening book for more info about how seriously unfriendly America is to families), but I guess I still thought that whatever I decided, everything would work out.

That’s what everyone tells us, right? “You’ll find a way. You’ll make it work.”

WAITING FOR THE URGE

And that brings me back to The Urge, and why I’d really like it to hit me—bam!—right in the kisser. In the same way that I fell in love with my husband, I’d like to tumble head-over-heels for the idea of a baby. That just seems like the best and easiest way to go against reason and logic and convince myself that all the sacrifices will feel worth it.

Corrie, thank you so much for your incredibly thoughtful and honest essay. What do you think, everyone? Do you feel the same way? Do you know for sure you want kids, or are you 50/50, or do you know for sure you don’t want kids? If you do have children, how did you know you were ready? I would LOVE to hear your thoughts on this fascinating and very personal topic.

90 COMMENTS
By Joanna Goddard
Motherhood
How Are You, New Parents?
October 5, 2020

668 COMMENTS
By Joanna Goddard
Motherhood
When Did You Bond With Your Baby?
July 19, 2021