My friend Ritik and his friends just launched the most adorable iPhone app: It’s Puppy Time! The app sends you new puppy photos three times a day to bring a smile to your face.

“My girlfriend Erin has a tough job, and I was trying to figure how to cheer her up when she’s having a bad day,” says Ritik. “I started sending her cute photos of puppies. Then, when I was talking to my designer friend Khoi, we came up with the idea of an app that would automatically send her puppy photos whenever she wanted.” 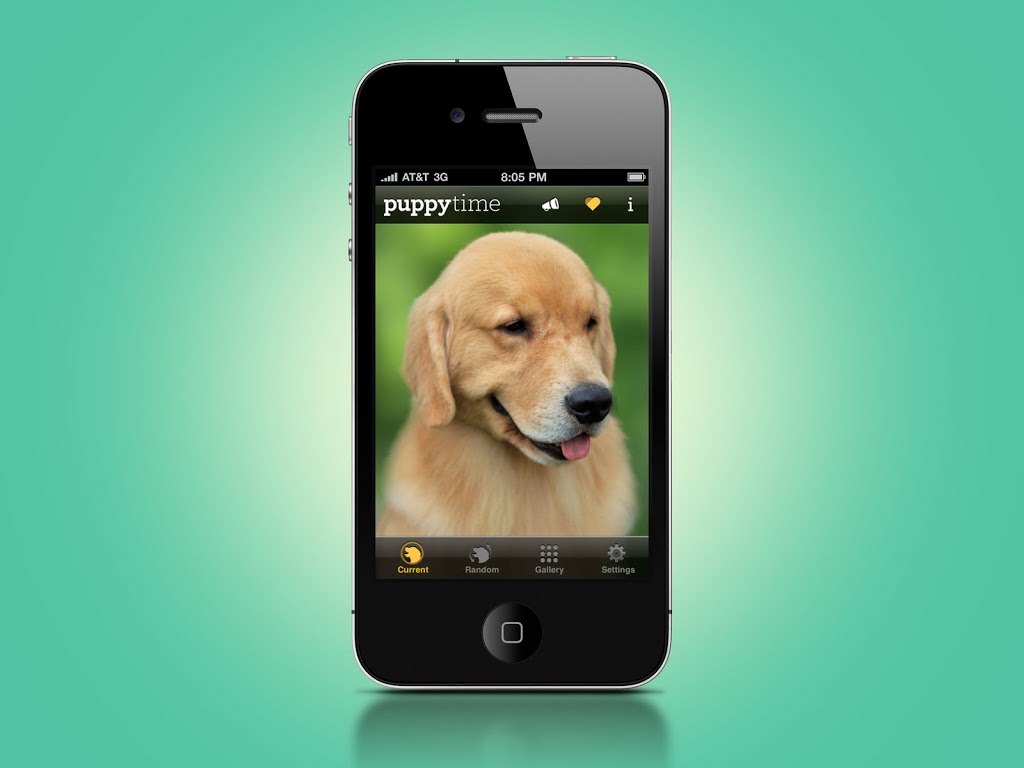 How awesome is that?

P.S. They’re now working on “It’s Kitten Time” which will be out next month.

Tags: genius, photography
62 COMMENTS
WRITE A COMMENT
Design
most popular
01
My Sister’s Home Makeover
02
What Are Your Top Three Books?
03
The Ultimate TV Guide (If You’re Looking for Something Great)
04
Catherine Newman’s House Is a Joyful Jumble of Books, Games and Cats
05
Behind the Scenes: Making a Magazine Cover
May We Suggest…
By Joanna Goddard
Design
Happy Holidays!
December 23, 2019

I was looking for such a feature.Hope to read more interesting articles.Thank you for this.great job.

I am really interested in what you wrote here. I hope you give me more interesting topics to read on.

This is literally the best idea ever. Totally getting this app!!

ahh i wish they had this for droid! this will be the first thing i download when i get an iphone.

This is such a cute idea, I’ve downloaded it and it’s made me smile alot! x

YES! Every time is Puppy Time!

Reply
A Cup of Sparkle

This is perfect for me :)

never mind. I found it…

help me! when I search for it nothing comes up. I need a puppy fix, fast!

Ha! My hubby used to send me cute pictures of animals all the time when I had a really dreadful job. It does cheer you up, great idea for an app

Cute! This would be perfect for my husband!

so INSANELY excited for kitten time! i can’t tell you how much happier this will make my life (and i say this obviously never having seen the app in real life). <333

What a fun idea! I have an adorable puppy who I’m obsessed with and his little face always makes my day! photos of him are available at laurenjk.blogspot.com

Love this. I will be partaking in Kitten Time when it comes out!

We definitely take submission of puppy photos… by email, though, if you want to email to info@puppytime.com. We didn’t add a submit feature to the app just because we are trying to keep things super simple.

Thanks so much to everybody for checking out Puppytime, and to Joanna for sharing!

for more beauty and make up see:
http://free-make-up.blogspot.com

What an adorable app!

such a funny app, but so true! they should let users submit their own puppy photos! how excited would you be to see your pup – or someone you know – pop up throughout the day?! i’d love to see my frenchies!