Let’s Talk About Yaz’s Role in ‘The Chair’ 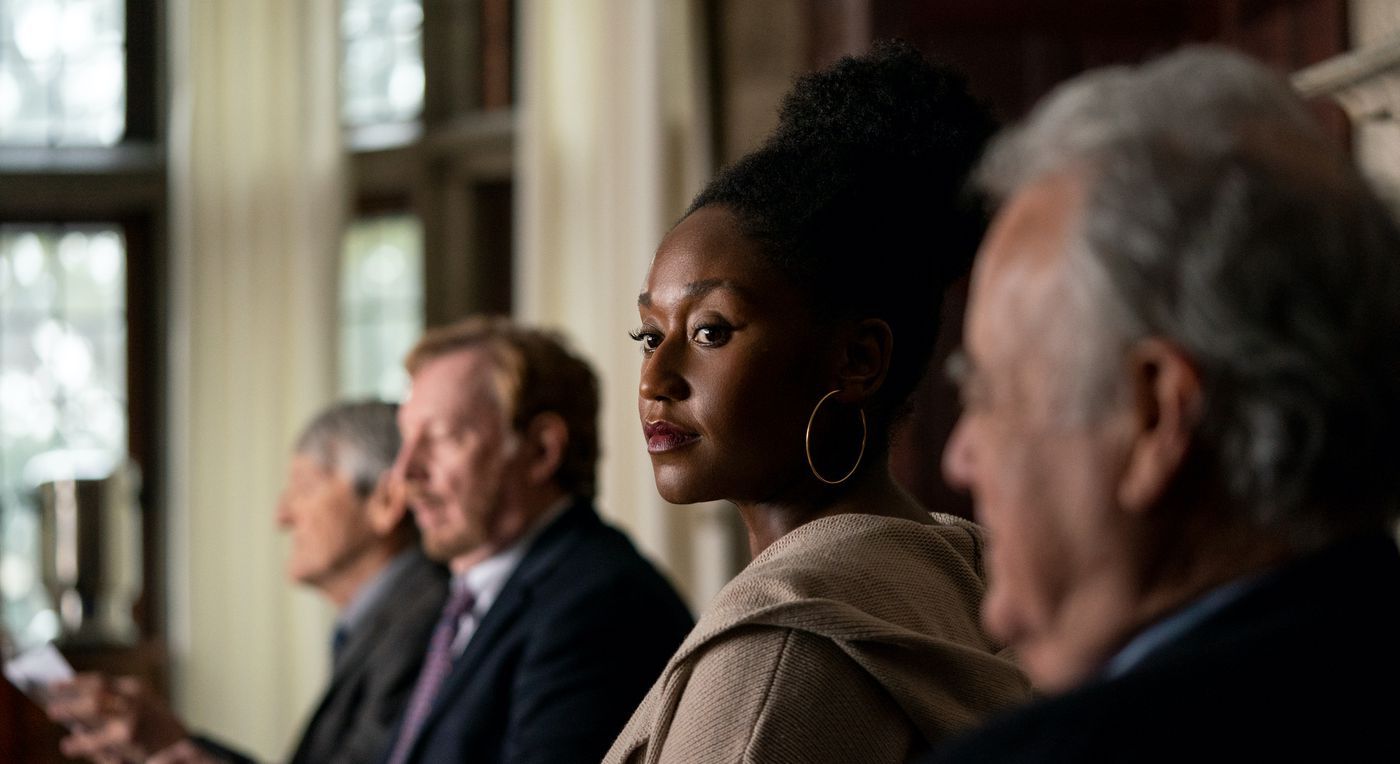 Before I started watching The Chair on Netflix, I was intrigued by the premise of a WOC chair at a predominately white university. (Also, Sandra Oh is the queen of my heart.) The image of the three female professors huddled at the stuffy department party, eyeing their male colleagues made me happy. It seemed to promise a show that would kick white men to the side to make room for women and people of color who deserved tenured spots.

Instead, I got something way more familiar, something I’d experienced more times than not: being the optics/diversity hire.

Nana Mensah plays Yaz, a smart, thoughtful professor. Her brilliance is touted, over and over; she is promised that she will be the first African American fill-in-the-blanks in the university’s history, the token Black representative in a sea of whiteness, to show a progressive move forward for their school.

Instead, Yaz is consistently let down. 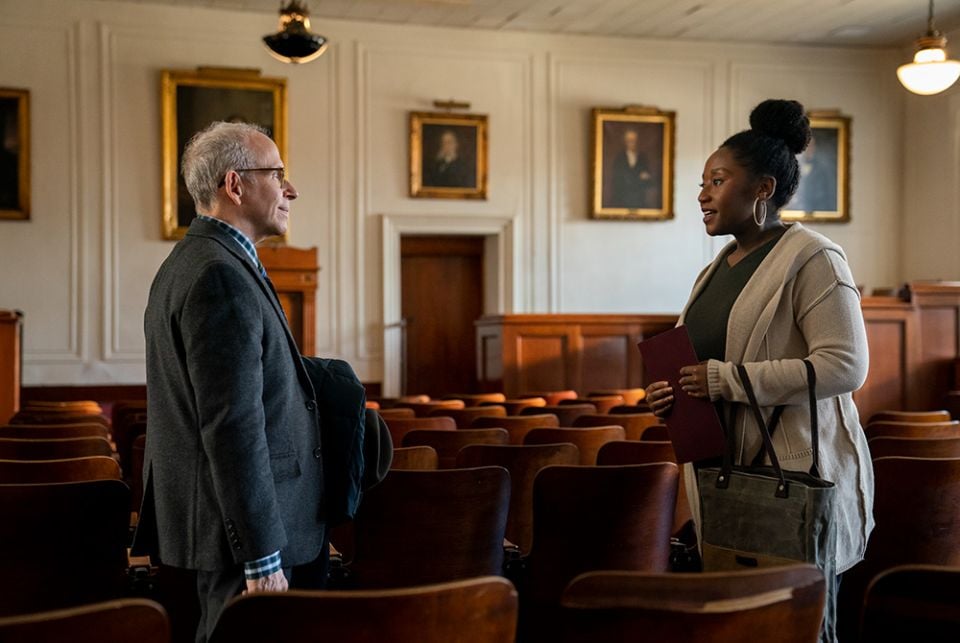 First, at the beginning of the show, Yaz is promised a distinguished lectureship, then has it taken back in favor of a flashy celebrity guest.

Day after day, Yaz’s intelligence is undermined by her older white, male colleagues, despite her rigorous accomplishments. Elliot, a fellow literature professor, is continually astonished that she knows as much, if not more, than he does. Her class is overflowing with eager students, ready to learn from her in a way only she can teach. Elliot is intimidated by her approach to literature and jealous of her ability to reach students in a way he once did — these days, his classroom attendance has dried up. Yaz is forced to merge classes with him, to salvage his ego; then he takes over the class, interrupting her mid-lecture. Once, he even walks away mid-discussion while she’s talking.

In another scene, Elliot insults her by calling one of her assignments “low-hanging fruit” to which Yaz eventually says, “It’s a way to connect with my students… but you’re the Melville scholar…” relinquishing her defense. When she said that, I felt it in my chest. Because I’ve been that exceptional talent at companies before — hired for optics and told I needed to learn ‘how we do things here.’ New ideas I offered were shut down because they ‘weren’t possible,’ but if another one of my white male colleagues had an idea, it was immediately praised and passed through. One time? Maybe a fluke. Every time, with excuses from my supervisor becoming more and more superfluous? A pattern. I knew I was there because I was as smart as my colleagues, but that only propped me up for so long before intimidation took the driver’s seat. I eventually started to shrink myself to make those around me seem smarter.

The biggest — and maybe the least obvious — example of this dynamic plays out in the conversations with Ji-Yoon, played by Sandra Oh. Ji-Yoon consistently goes to bat for Yaz with the higher ups, trying to gain her a tenured position. The problem is that even in her best efforts to get Yaz what she deserves, Ji-Yoon fails to see her as a whole person. She sees her as someone who will join the ranks for the good fight of changing the face of the white patriarchal board of the university, but still uses her as a pawn in her games of appeasement. She understands how smart Yaz is, and what it feels like to have your intelligence overlooked because of race and gender, but forgets those visceral feelings when asking Yaz to move mountains of disappointment back and forth for her.

Sometimes as a person of color, it can be tricky to distinguish who is a true ally from who is just being nice to you. Those differences could be compared to the intentions of not being racist and being purposefully, proactively anti-racist. It’s all in the intention.

At the end of the show, Yaz gets offered a promising opportunity from Yale, but doesn’t end up taking the offer. Ji-Yoon promises she can match Yale’s salary offer, although it’s never clear whether she does. In my mind’s alternate ending, Yaz takes the position at Yale, gets accelerated tenure, receives a fat salary increase, presents her lectureship — the works. But in the end, she stayed at Pembroke, maybe out of obligation. And staying in place, hoping for a better outcome is understandable. Sometimes it’s the only option you have, in an environment not built to reflect you. 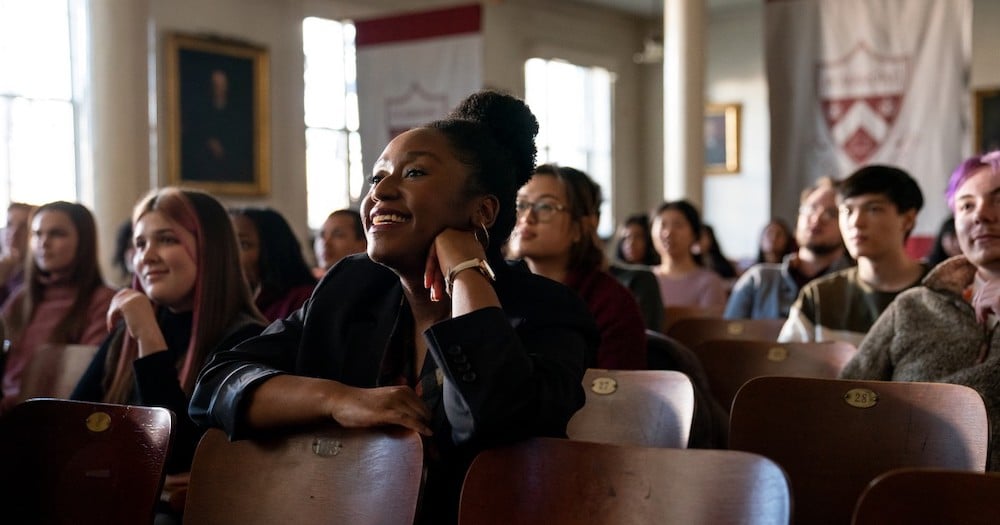 P.S. How I feel right now as a Black woman.

(Photos by Netflix, Glamour and Time.)

By Joanna Goddard
Design
Have You Voted Yet?
November 6, 2018

65 COMMENTS
By Joanna Goddard
Design
Have a Great Weekend.
August 2, 2019