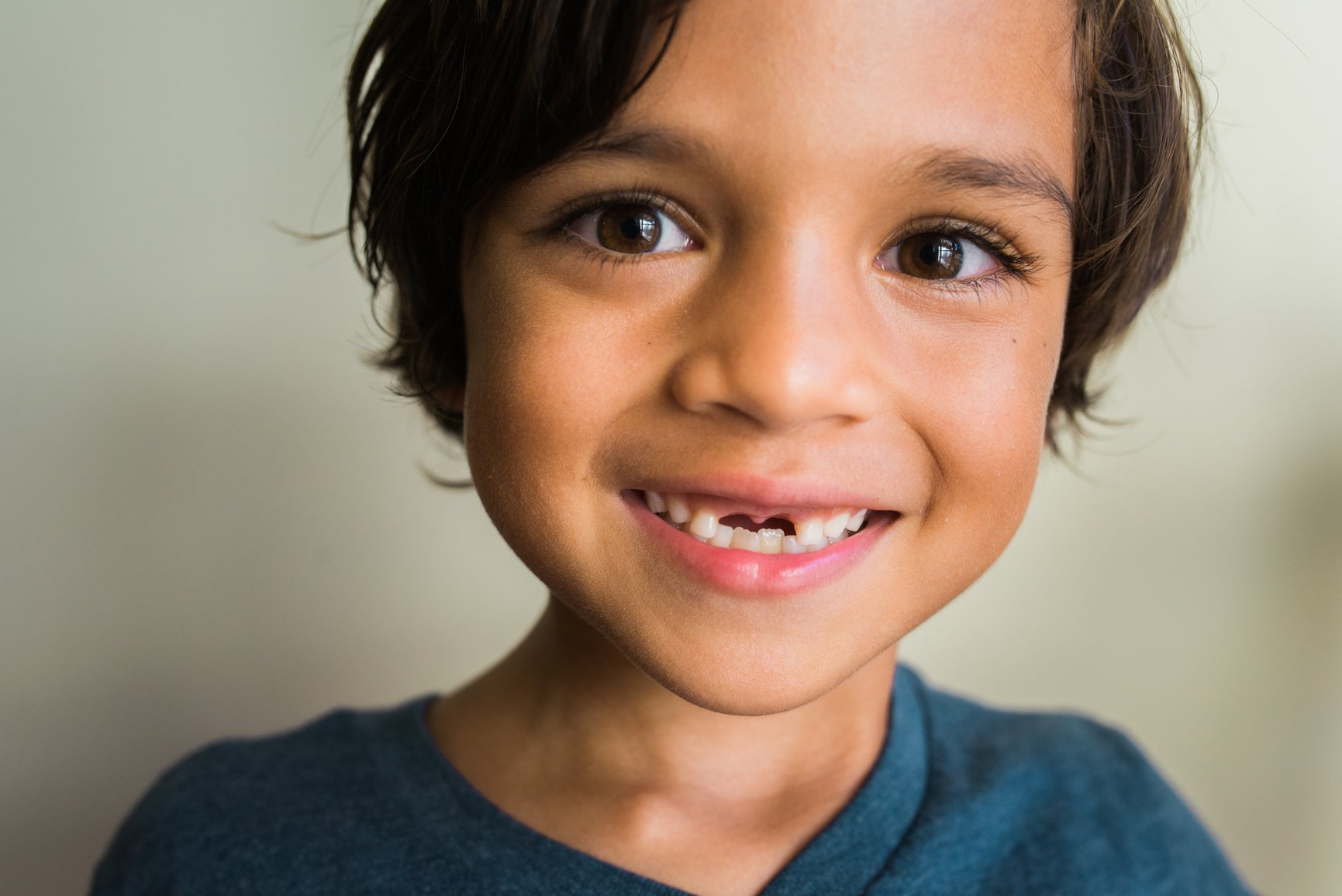 I knew it was coming. The moment our son Max’s first baby tooth began to wiggle shortly before he turned six, I knew my rational, fact-hungry little guy was going to ask whether the tooth fairy was real.

When that bottom incisor popped out while we were on vacation, his first question was, “How will the tooth fairy know where to find me?” He wrote a note asking her to please deliver his prize to Pennsylvania, so he wouldn’t have to wait until we got home to Brooklyn to find it. “And pleaz leav my tooth,” he requested.

The next morning, the tooth was still under his pillow with one dollar magically nestled beside it. He came out to breakfast to show us and then asked my husband and me, “Did you put the dollar there?” I took a beat, and then said, “I’m pretty sure the tooth fairy did it.” He gave us the side eye and the questions continued until I finally said, “All I know is that when I lost my baby teeth, the tooth fairy always came.”

The interrogation stopped, and it took an entire year for Max’s next few teeth to loosen. By that time, he was newly seven and even more skeptical. “Mom, I need to know,” he said at dinner one night. “You have to tell me if the tooth fairy is real or not.” His tone was serious, almost pleading. I managed to punt the question again, but later that evening my husband and I reluctantly decided that it was time to clue him in.

He had lost only four teeth, and already he didn’t believe in the tooth fairy?! I had so wanted my firstborn baby to experience that particular bit of childhood magic. I wanted him to feel the wonder of possibility and believe in the unbelievable. How could we take that away from him?

Still, of all the countless pieces of parenting advice I have encountered, the one I turn to most often is: follow your kid’s lead. Maybe Max didn’t want or need the tooth fairy as much as I wanted him to.

My other concern was that if we told Max the truth, he might blab this exciting new fact to his friends (as seven-year-olds tend to do). Why did that worry me so much? Because that is precisely what I did at age eight after badgering my parents to tell me if Santa Claus was real. We are Jewish, so my parents probably figured, “What’s the harm?” But when I clued in my neighbor Jessica later that day, the shattered look on her face immediately let me know I had made a serious mistake.

So, one night at dinner, we told him the truth: “Yes, it was Mama and Papa who put the dollars under your pillow. We know that you are ready to hear it, so we are telling you. But some of your friends might still believe, so please don’t share this information with your buddies.”

He looked at us and his eyes widened. “I knew it!” he crowed. And then, another look washed over his face: relief. He seemed so proud to have been let in on this important, grown-up secret. And I realized that, for him, that mattered so much more than any sense of tooth fairy whimsy.

Every kid has their own relationship with the tooth fairy. I loved it so much, I pretended to believe long after I realized the truth. So, the calculation of when and how to break the truth will be different for each parent. But for Max, the magic wasn’t in a flying sprite delivering dollars for molars — it was in the moment of having his questions honored and taken seriously. I wouldn’t trade that for all the fairy dust in the world.

Leah Koenig is a writer and the author of six cookbooks, including The Jewish Cookbook and Modern Jewish Cooking. She also writes The Jewish Table, a weekly newsletter exploring recipes and stories from the world of Jewish food. Leah lives in Brooklyn, New York, with her husband and two children.

Thoughts? Do the kids in your life believe in the tooth fairy? Do they love it or have complicated feelings?

P.S. A parenting mishap, and what’s the going rate for the tooth fairy?

502 COMMENTS
By Joanna Goddard
Motherhood
9 Times to Take Photos of Your Children
April 6, 2020