Do You Have a Not-So-Stranger? 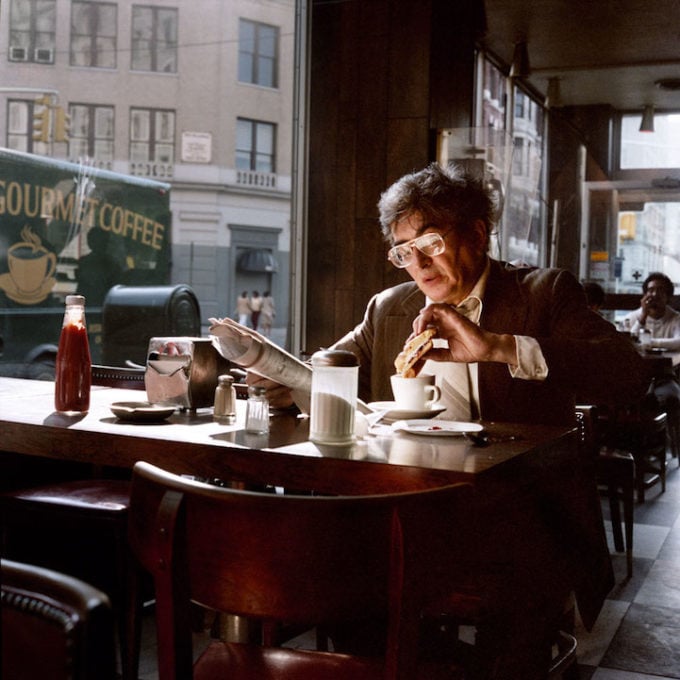 Last Sunday, I was walking down the street just going about my business, when I saw them…

There is a couple, a man and a woman, that lives in my neighborhood. I’d guess they are in their eighties, and they’ll sometimes hold hands as they walk down the street. I don’t know their backstories or even their names. But it wouldn’t be a stretch to say that I love them.

You know those people you see all the time — during your commute, or at the coffee shop, or even just in passing — and though you don’t know anything about them, they become fixtures in your life?

Perhaps you make up stories about them, or maybe you simply wonder: Where do they live? What’s their favorite book? Do they have an orange cat named Julius? Is someone, somewhere, thinking of them right now?

They’re mysterious, yet familiar, like human signposts or landmarks or even lucky charms.

My life is full of these not-so-strangers.

In my mid-twenties, I lived across the street from a gritty dive bar — the kind of storied NYC institution that truly deserves to be labeled a “watering hole.” Every morning, as I’d wake up early to get ready for my office job, I’d look out the window to see the same grizzled, bearded man sitting at the bar, his Australian Shepherd by his feet. We never spoke — we never so much as made eye contact — but he was a part of my daily routine. In my brain, he was a sailor, bursting with tales from the open seas.

It can provide a sense of comfort to see the same people, time and again. Like: yes, we’re all still existing on this big turning rock. If a not-so-stranger fails to show up in their designated spot — like the yoga mat all the way in the front right corner — you may wonder what happened. Are they okay?

In other cases, you might be annoyed when they keep showing up.

A friend commutes into Grand Central Station, and every morning for almost two decades, she has seen the same irritating man. “There’s this guy who thinks the train is his personal bathroom,” she says. “It drives me bananas. He combs his hair and clips his nails and lets them fly all over the place. I just saw him do it yesterday and was like, ‘UGH, you are still in my life!'”

It can also be jarring to see a not-so-stranger out of context. When I spot fellow gym-goers out in the world, dressed for the office or out at dinner, I can barely process that they’re not wearing spandex. It challenges the stories I’ve made up about them. (Red Shorts simply cannot work at J.P. Morgan!)

The not-so-stranger phenomenon exists in the virtual world, as well, where the same faces frequently cycle past on dating apps. “The last year of dating has been rough,” lamented one friend, holding up her phone to display a photo of a not-so-stranger with the enormous fish he caught. “But it’s comforting to see that Roy also remains single.”

One day recently, a guy approached me at a coffee shop. “Hey, I know you!” he said. I did not know him. “We used to work in the same office building,” he continued, correctly supplying the address of my former employer. “And I’d see you every day in the elevator!” I was quite certain I had never seen this person in my life. Yet he had seen me.

This brings me to the most mind-bending question of all — what if YOU’RE someone’s not-so-stranger? Meta.

Do you have a not-so-stranger? I’d love to hear about them…

P.S. Stories about strangers and what happens when an introvert talks to strangers.