I Tried It: The #1 Rom-Com Courting Move 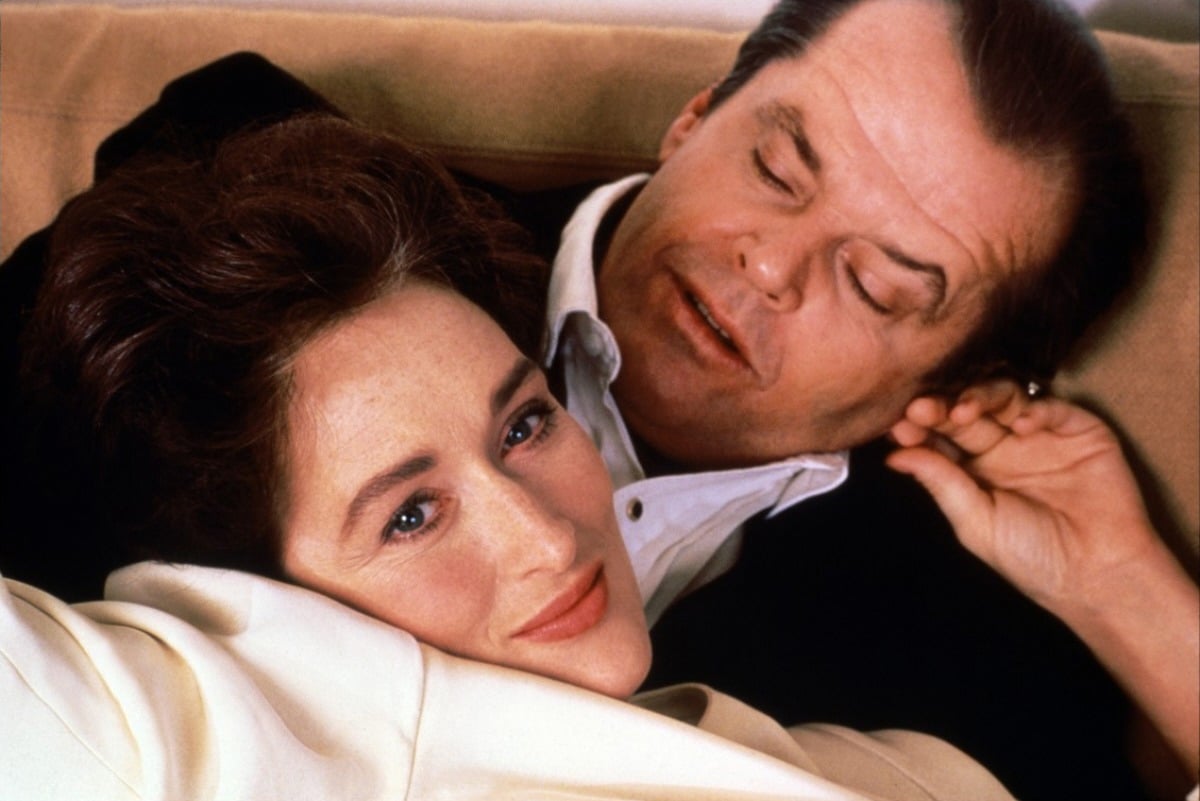 Have you seen the 1986 movie Heartburn? In the opening act, Rachel (Meryl Streep) and Mark (Jack Nicholson) lock eyes before taking their seats at a wedding. During the reception they finally meet. They banter. They make each other laugh. They kiss under a glowing movie marquee. Music plays.

Six minutes and 12 seconds in, Rachel rounds the corner of her bedroom wearing a robe and holding a platter of homemade spaghetti carbonara with two spoons and two forks. Nestled in periwinkle sheets, Mark turns to her and says, “So, you just go in the kitchen at four in the morning, and you come back out with this. This is the best spaghetti carbonara I’ve ever had.”

“You probably think I do this for everybody,” Rachel laughs.

Thus, commencing my teenage idea of what romance looked like: the late-night eating of comfort food. The move is often deployed in rom-coms, including the equally notable middle-of-the-night pancakes in Something’s Gotta Give and after-hours chocolate croissants in It’s Complicated.

Now that I’ve been in a relationship for seven years, and we’ve gotten very into our routines, I decided to try the move out to shake things up and see if the same magic would ensue. Only, my setup was a little different. Instead of disappearing into the likes of a Nancy Meyers’s kitchen, my 175-square-foot studio‘s dorm-sized stove is approximately two feet from the bed where I planned to present a pasta recipe I’d never attempted. Would it be challenging to build mystery and suspense when the subject is sitting an arm’s length away?

At 11 p.m., after a night out drinking P.B.R.s at a corner dive bar, Andrew and I came back to my apartment: it was time. He plopped down on the bed as I scaled my cabinets and pulled down spaghetti noodles and put water on the stove.

“Are you eating?” Andrew asked. “After you’re done with that pot, can I use it?” And, we were off!

I whisked four eggs, then added the spaghetti noodles to the frying pan, trying to stop them from sticking to the bottom. There were too many noodles! I took out a handful and threw them in the trash when Andrew wasn’t looking. I tempered the eggs with pasta water, and could hardly believe it when everything was going according to plan.

“What’s going on, Blackmon?” A recent joke of Andrew’s is to call me by my last name.

I stirred in the cheese and added pepper. I transferred the meal into my only large glass mixing bowl and grabbed two spoons and two forks. I joined Andrew sitting in bed and introduced our late-night meal.

Andrew said his gratitudes before grabbing a separate plate to eat on. I congratulated myself with, “This *is* really good,” every couple of bites and worried only slightly about my white sheets. Andrew did the dishes, we debated about what to watch on Netflix, then he passed out. I switched the TV to The Kardashians.

The night didn’t go quite like the movies, as I should have figured. But the complexities of a seven-year relationship don’t always fit into a two-minute romance montage. And the little things I love so much probably wouldn’t have made the cut anyway, like how cozy our apartment felt that night, eating the leftovers together for breakfast and Andrew later texting me, “Love ya, Blackmon.”

In the book that the movie was based on, Nora Ephron discussed her admiration for the everydayness of relationships, writing, “I love figuring out what’s for dinner and where to hang pictures and do we owe the Richardsons,” but adds, “but life does tend to slow to a crawl.”

And for that, we have midnight pasta. 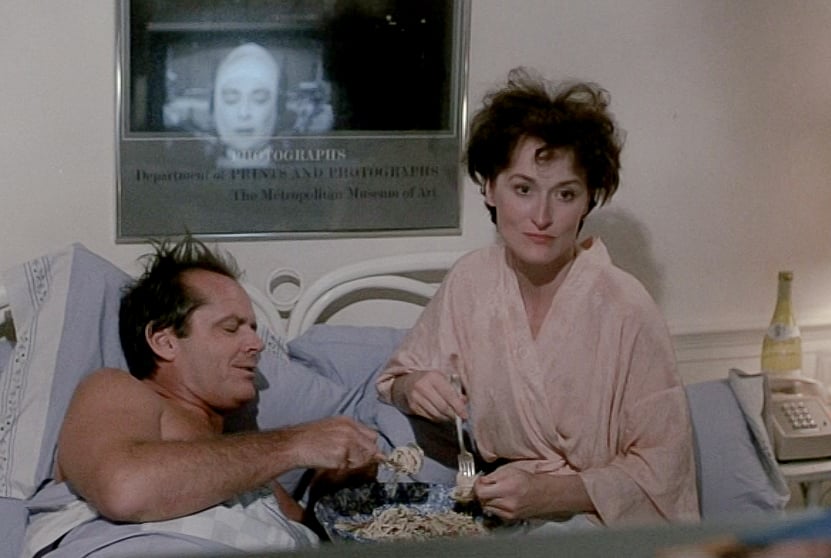 Pretty much Andrew and me.

How do you keep the spark alive?

P.S. More things we tried, like the best workout videos on YouTube, and how to keep the spark alive.