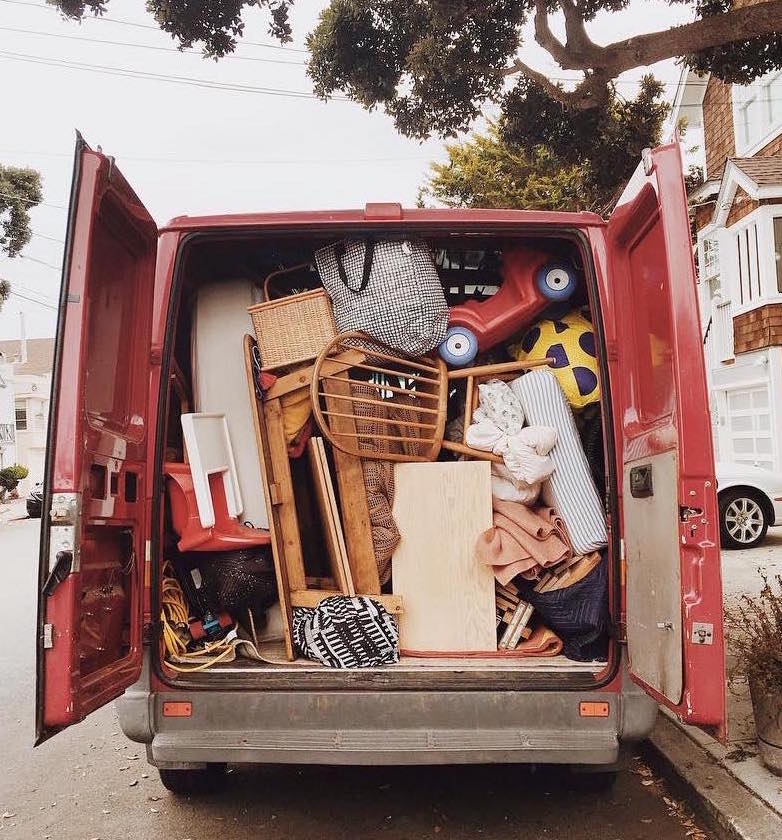 Every few months, another one sits us down and breaks the news. He or she is leaving New York. They got a new job, their partner got a job, they want to be closer to their parents, they’re sick of the cold winters, they want more space, the rent is just too high (basically this).

Each time our friend group gets a little smaller, I fantasize about moving myself. I love the buzz of New York and the life I’ve made here, but the older I get, being near my family in California sounds more and more appealing. My brother and his wife are planning a move from the Bay Area to a small mountain city that neither of them are from, but where homes are much more affordable. I’ve been making up scenarios in my head where we move down the street and our kids grow up roaming the neighborhood together.

This is unlikely, though, since my fiancé‘s job doesn’t exist on the west coast. If we do ever move, his work will probably take us abroad. Since I’m a writer who can essentially work from anywhere, that would make sense for us. And living in another country is an exciting prospect — it’s just unnerving to not yet know when and where it will be. Lots of people, in New York and otherwise, seem to be in similar states of flux over where they’ll “end up.”

Wherever you choose to settle will not only affect your day-to-day life, it can also change your personality. “Studies show that character traits, like anxiety and extroversion, vary from one state to another,” reports New York Magazine. “There’s not only a New York state of mind; there’s also a Montana mentality and an Idaho id.” I certainly was never one to swear as a taxi passed me by before New York City got to me, and my friends who’ve moved to Los Angeles have all become a little softer around the edges (and drink a whole lot more kombucha).

This can prove particularly daunting for those who don’t get to choose where they live. Bryan, a Russian literature professor with a penchant for city life, is constantly nervous that his next job will take him to the middle of nowhere. Currently, he works in a Western Massachusetts college town. It’s more rural than he’d prefer, but taking on the great search for the perfect farmhouse dining table has helped him embrace country life. “I’m worried, though, that when I finally find the right table, I’ll have to move somewhere where I can’t have a farm table,” he jokes. “Now, I’m just worrying in reverse.”

Another couple, Amy and Matt, are also professors — but one got a job in Ohio, the other in Baltimore (that’s 400 miles apart!). Amy lives with their two-year-old son in Ohio; Matt visits them on the weekends; and they go to Matt on school breaks. “We both love our jobs,” Amy explains. “But balancing our careers and our personal lives has been difficult. It’s hard being a solo parent during the week, and my husband misses our son. We plan to make some hard decisions in the next few years to either change careers or change schools so that we can live in the same place.”

For others, it’s not about deciding to leave, but deciding to stay. Allison moved seven times before her sophomore year in high school, but once her family landed in Michigan, she never left. She loves that multiple generations live close by and that her kids will have the same friends throughout their childhood. Still, she sometimes dreams about living abroad (or somewhere warmer). “That’s why we make travel a priority,” she says. “We haven’t done a ton since the kids are so little, but I have a ‘Leo and Eleanor teenage trips’ fund in my budgeting app just waiting for when they can tell us places they’re interested in that we can explore together.”

Now imagine this: What if you could just look at a map and pick a place to live? Rob and Sharon — who have three kids — are outgrowing their small Manhattan apartment. (“Right now, the five of us share one bathroom,” Rob says. “We see each other naked all the time. If someone gets the flu, it’s over.”) Since he and his wife can both work remotely, they’re scouting a new city in the United States for their family. Top of the list so far: Portland and Austin. Factors are good public schools and affordability, and Sharon looks up every neighborhoods’ walk score, needing it to be 90% or higher. The kids’ wish list items are more personal: “Owen wants a dog, Oscar wants a basketball hoop and Ella wants a swimming pool,” says Rob. “We can’t tick everyone’s boxes, but we’ll try to get a few!”

All these factors are meant to contribute to our individual happiness, of course. But according to The New York Times, the general happiness of a city is not usually something people consider. If this sounds confusing (how do you compute a city’s happiness?), I feel you. Turns out, each year a Well-Being Index rates U.S. cities on the residents’ feelings of purpose and community, social and financial stability and physical health. Salinas, California, and Naples, Florida, are currently the happiest places to live in the U.S. New York City doesn’t even scratch the top 100, yet it still has such an allure.

Or does it? This weekend, I’m throwing a baby shower for another departing friend — she’ll be leaving the city for her hometown after the little guy is born. I feel the usual mix of sadness (I’ll miss you!), shock (how could you leave this amazing place!) and jealousy (I want to leave this amazing place!) about her decision. Or, maybe, I’m just jealous that she has decided. I don’t know where I’ll end up, but I’m pretty certain I’ll talk about it yet again with my fiancé over dinner tonight. 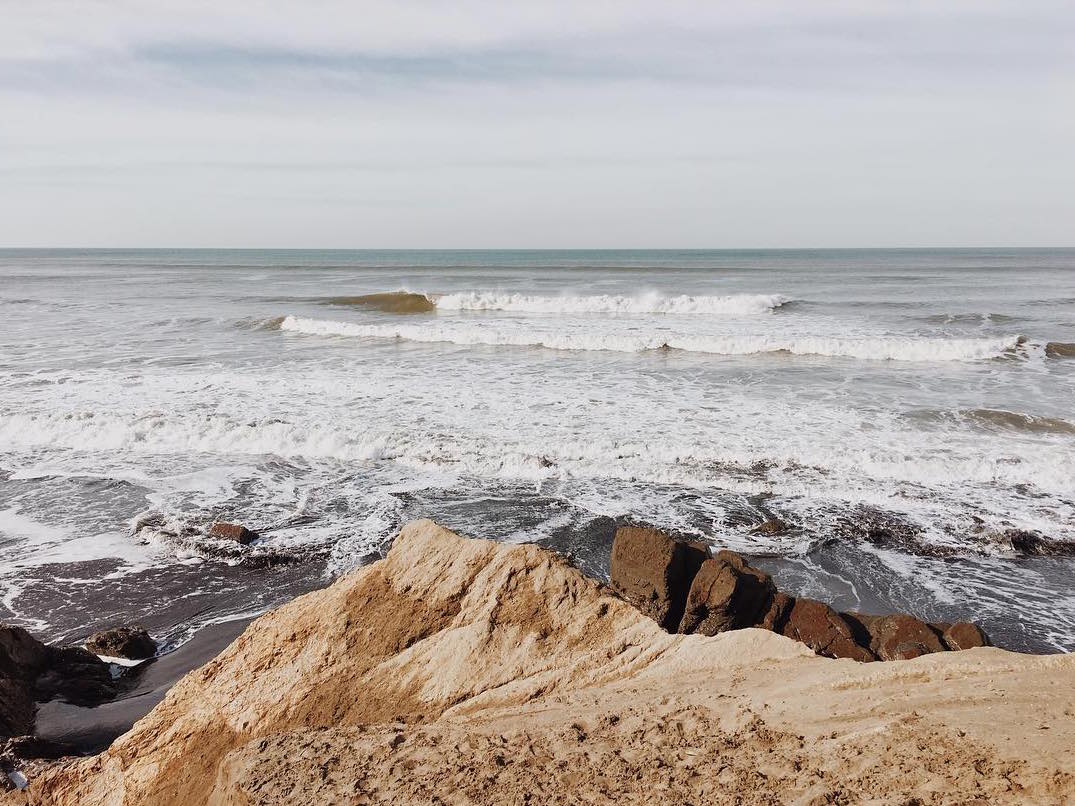 Where do you live? I’d love to know how you ended up there. Are you in your hometown, where you went to college or a totally new place? Did your job dictate your location? Did you move for love? Do you think you’ll move again? Do you like it there? It’s so fun to think about these questions — do tell!

P.S. Parenting around the world.

STYLE
A Week of Outfits: Anton 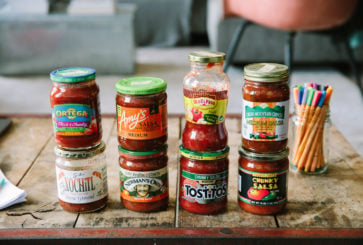 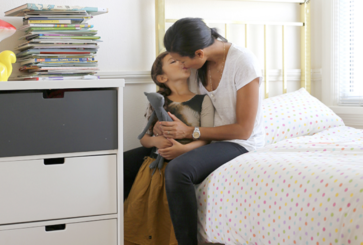 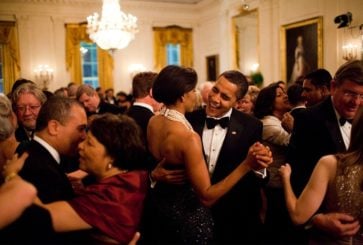 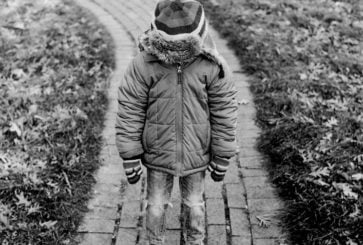