15 Surprising Things About Parenting in Iceland 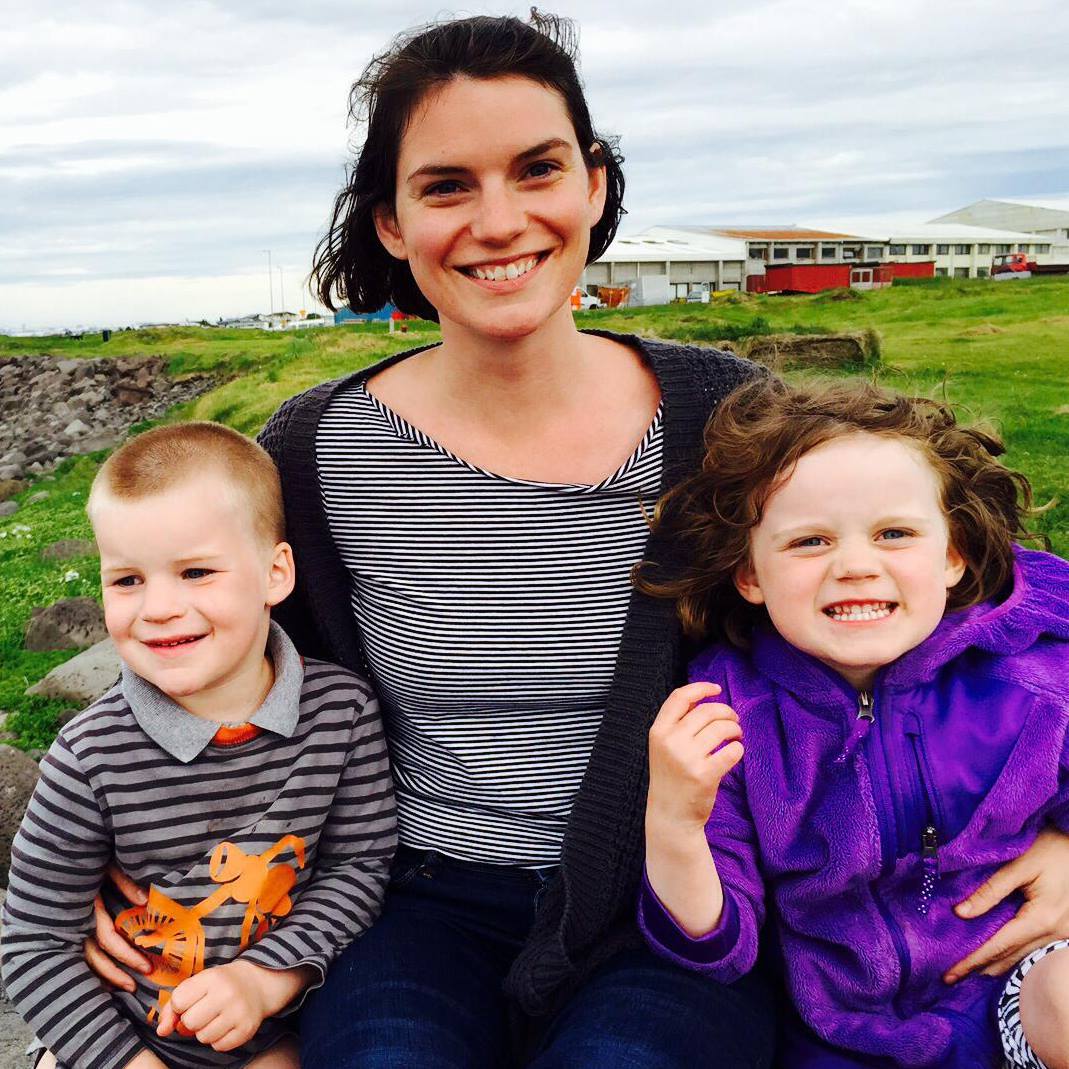 Our next Motherhood Around the World post features Mary Frances Davidson, who lives with her six-year-old daughter and five-year-old son in Reykjavik. She works for the United Nations University Fisheries Training Program. Here, she talks about mischievous elves, swim lessons for newborns, and how great the country is for single mothers… 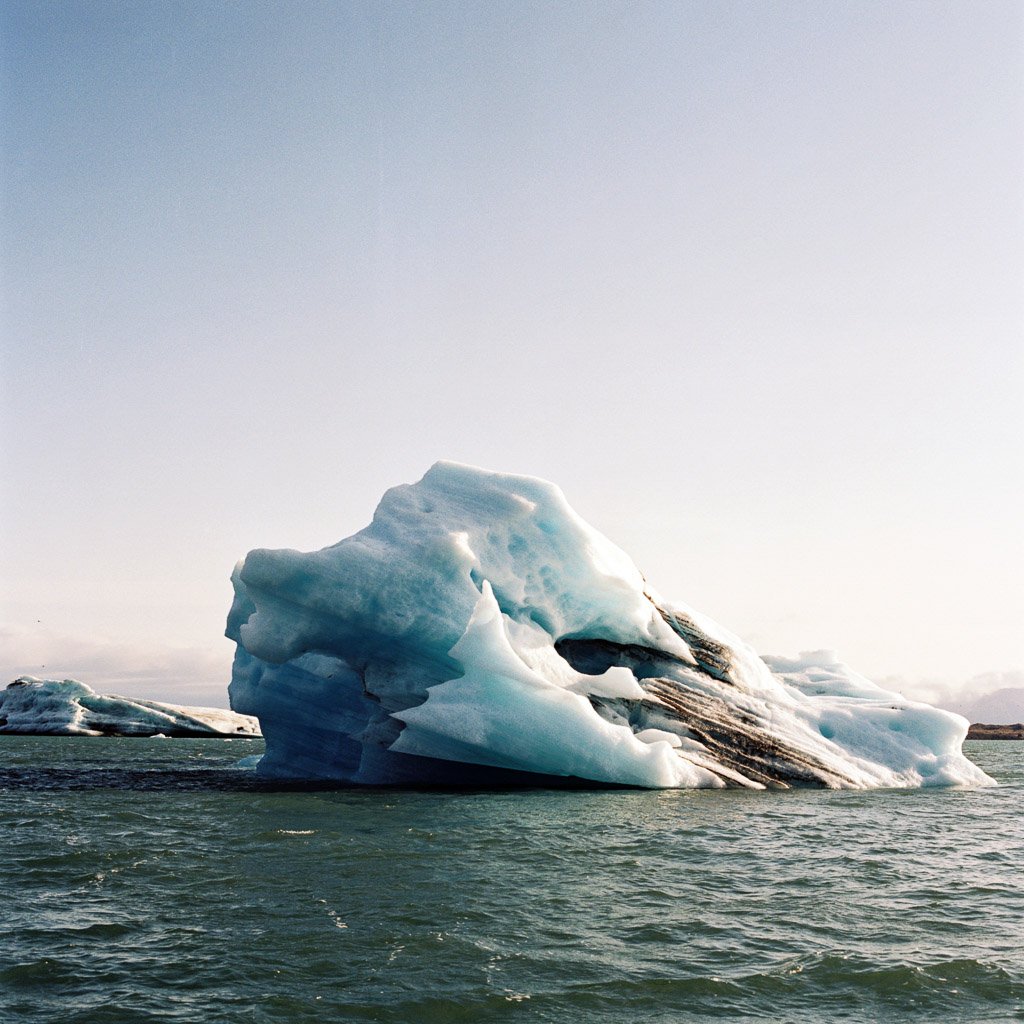 Mary Frances’s background: Ten years ago, I moved from Seattle to Iceland to get a master’s degree in Environmental Science at the University of Iceland. I married an Icelandic man and we had two children; although we’re now divorced, I love it here and plan to stay. We live in a cozy basement apartment in the capital city of Reykjavik. We’re only a 15-minute walk from the water, and the air is clean with a fresh, salty smell. 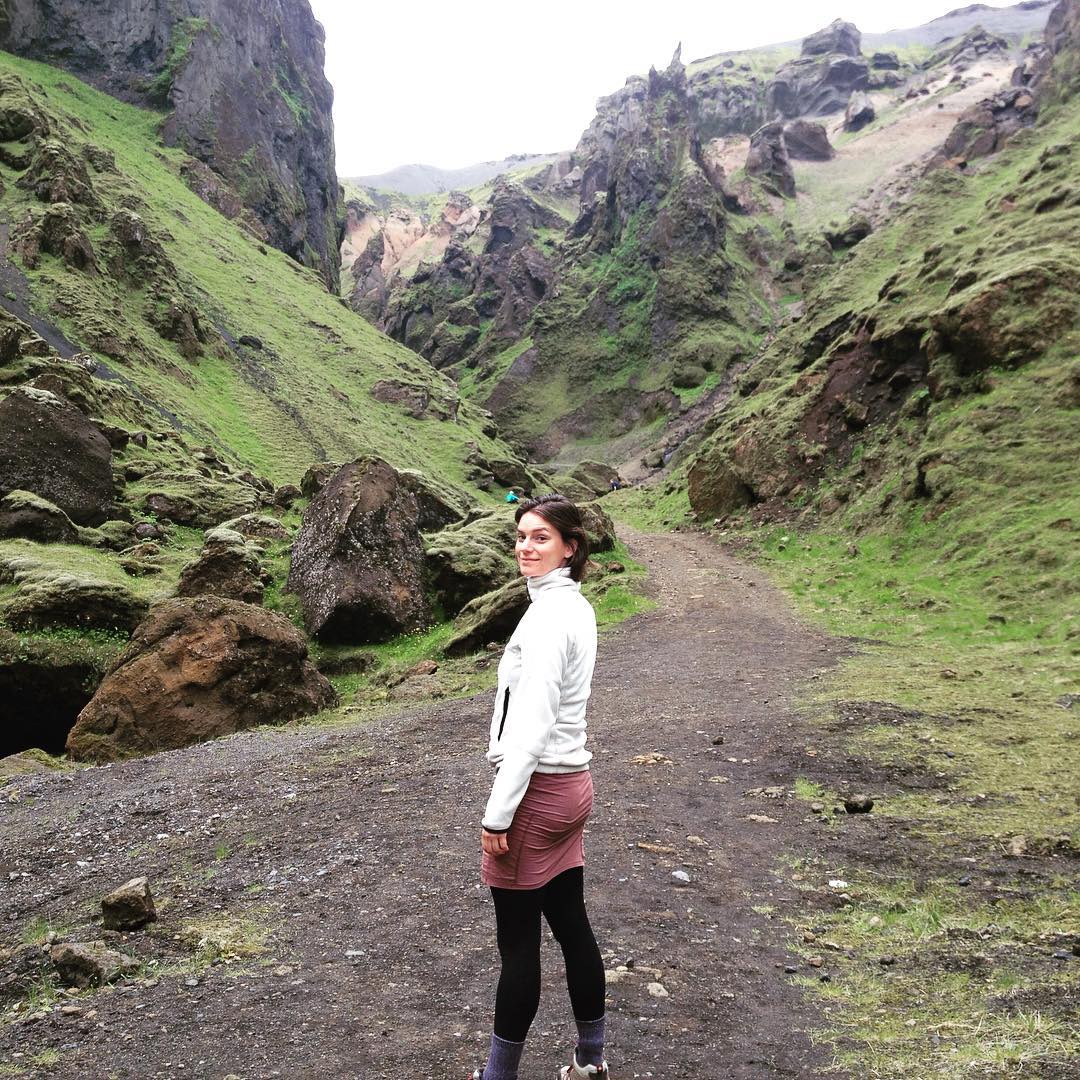 On the wild landscape: Iceland is a strange and beautiful country. If you drive 30 minutes in any direction outside of Reykjavik, you’ll find yourself among lava fields, waterfalls, fjords and glaciers. It is striking, but extremely harsh. When the weather is bad, it’s bad. Sometimes the icy wind is so strong that it will cut your cheeks, literally. Yet, people here don’t understand the concept of taking a “snow day.” Life carries on, no matter the weather. My son sometimes looks out the window in the morning and reports, “The weather is not too bad today, Mama. The trees are not moving!” There is a positive outlook that helps us survive. I have found myself adopting this, saying things like, “At least it is not windy,” or “At least it isn’t snowing,” or “At least it isn’t too cold.” 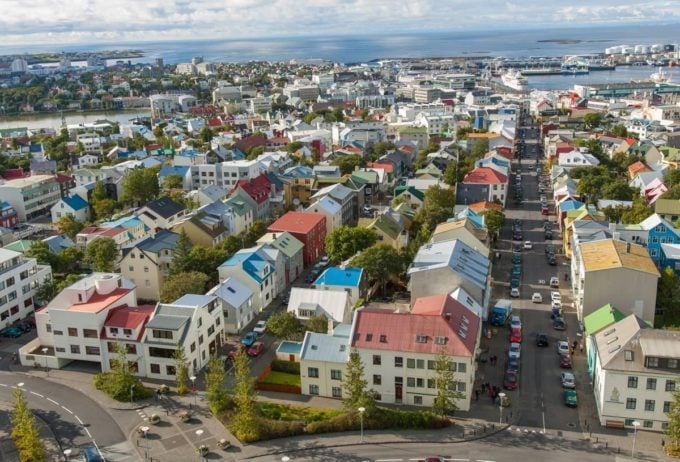 On being a small country: Reykjavik feels like a small village where everybody knows each other. It is not unusual to see very famous people in line at the grocery store. I once shared a community hot tub with Bjork. The President is listed in the phone book. [The entire country has a lower population than Cleveland, Ohio.]

My son’s teacher gave the class an assignment: Each child had to take a walk every day to visit the home of another kid. Teachers took photos of each student standing at his or her front door, and then made a map of the neighborhood with all their homes. Now when we’re walking around, my son will randomly point and say, “That is Soley’s house!” 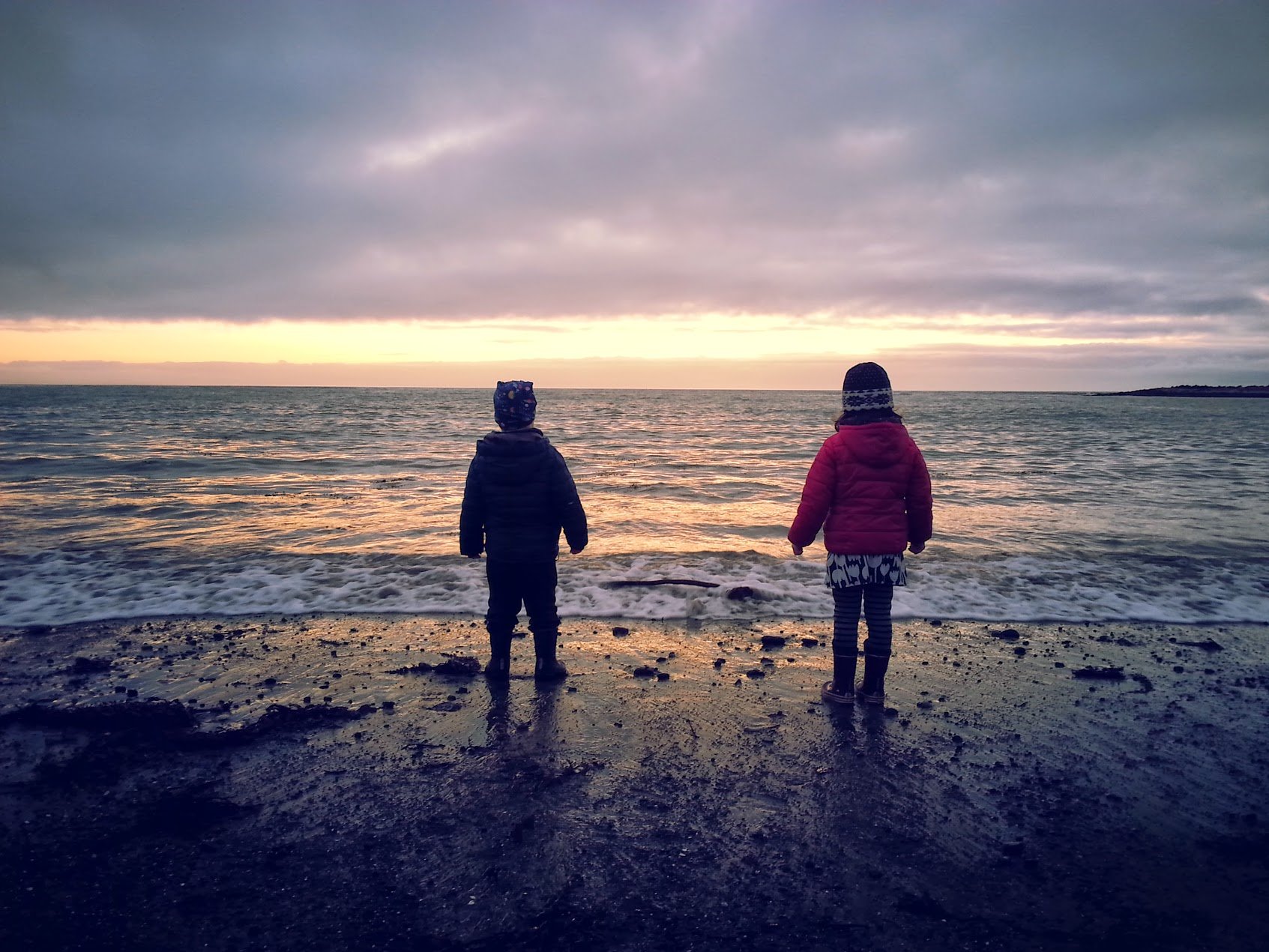 On names: My daughter is Elsa Maria Kolbeinsdottir, and my son is Finnur Atli Kolbeinsson. There is a patrilineal naming system in Iceland, so my kids’ last names are derived from their father’s first name, Kolbeinn. Elsa’s last name means daughter of Kolbeinn, and Finnur’s means son of Kolbeinn. When people marry, they don’t change their names. It’s not confusing because everyone is referred to by their first name. Even teachers, doctors and other professions that would typically use surnames in the U.S. go by their first names. My daughter will call her teacher “Margaret” at elementary school next year, and our doctor is named Gudbjorg. 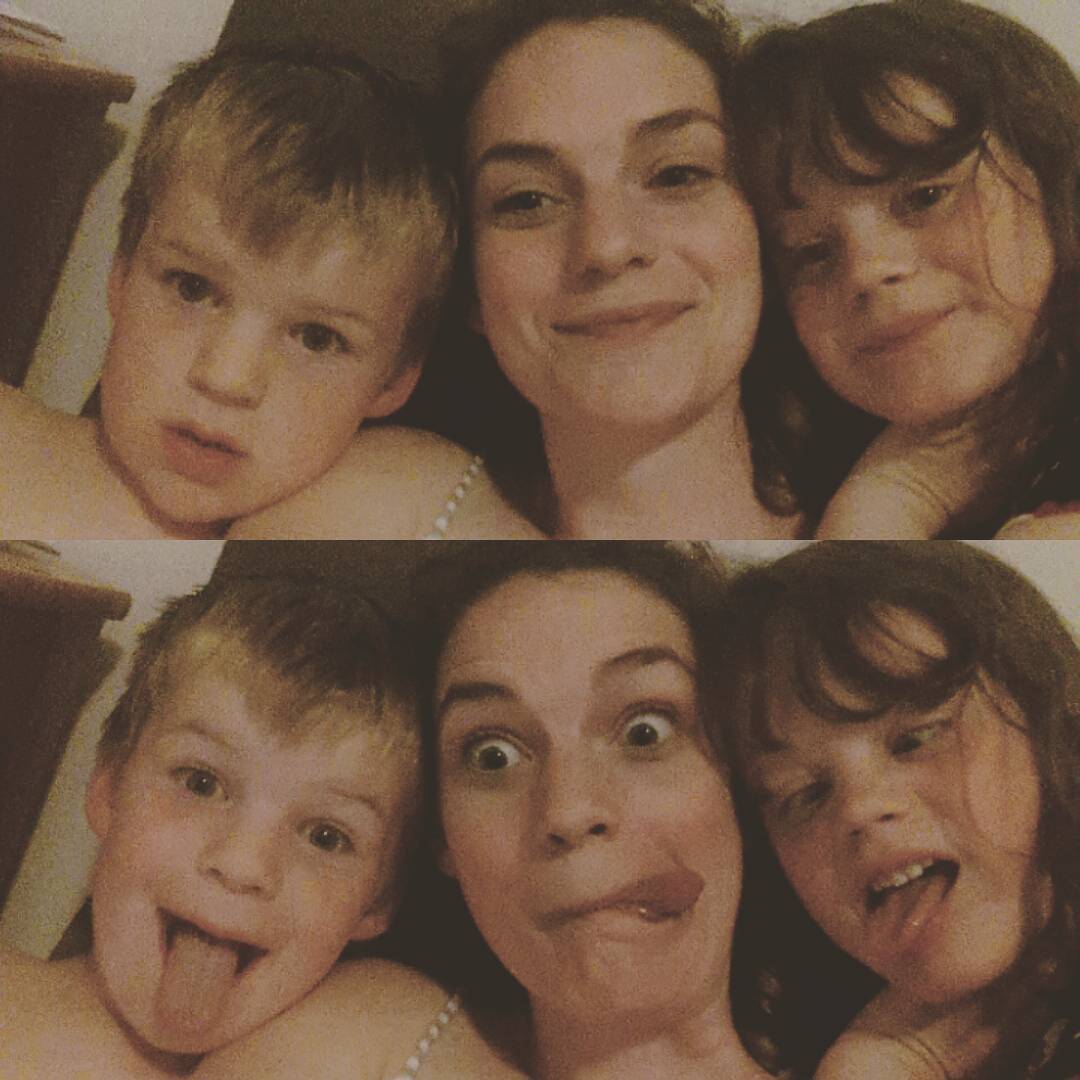 On single parenting: Three years ago, I separated from my kids’ Icelandic dad. The cultural attitudes toward marriage and divorce in Iceland feel very different than in the U.S. There’s no stigma or taboo around being a single parent. The American narrative seems to say everyone’s goal should be to get married and have kids, and that divorce will negatively affect children. All that was going through my mind when I was trying to decide whether our divorce was a good idea or even a possibility — it took a long time to get there. But when I told people in Iceland that we were getting a divorce, the response was often, ‘I’m sorry to hear that, but it happens.’ Nobody asked, ‘What happened?!!’ They didn’t need the details or a dissection. I was nervous about the judgment, but there was none.

On marriage: People don’t get married as often in Iceland. Although we got married when I was pregnant with our first child, it’s common for couples to date for many years, then have a baby and maybe move in together. And when the kid is older, they might get married. Out of all the couples I know, I can think of maybe one or two who got married before having a baby. [Studies show that 67% of all Icelandic babies are born out of wedlock.] 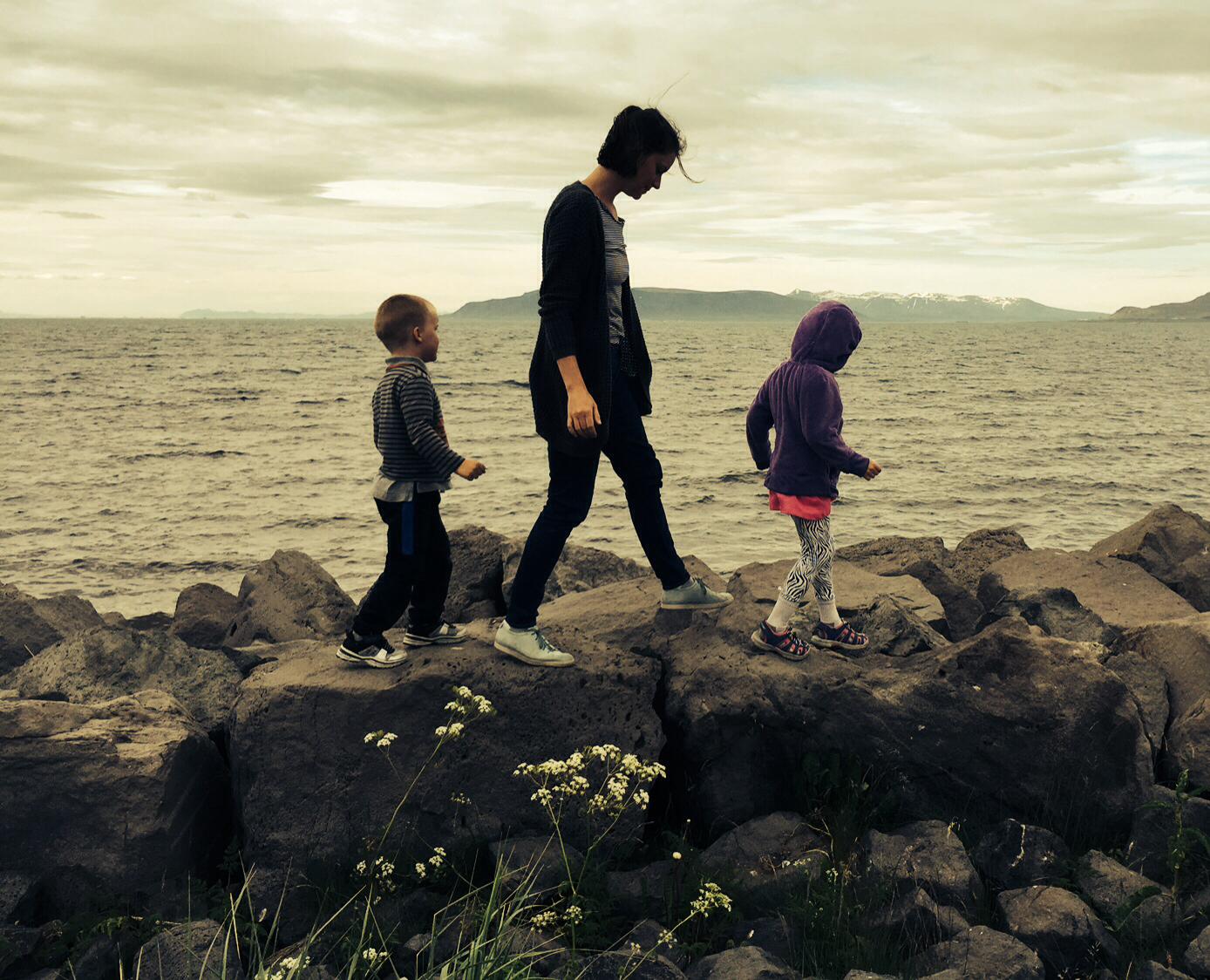 On hands-off parenting: Icelanders value freedom in childhood, and that includes freedom from adult supervision. Kids often play outside without their parents, and there is a 10 p.m. curfew for kids under 12 (enforced more by parents than police). I have never heard people here talk about “stranger danger,” and there’s a very low crime rate. My boyfriend has seven- and eight-year-old sons. They spend their days just wandering, riding bikes and going to the football field. I’ll ask my boyfriend, ‘Do you know where the boys are?’ He’ll say ‘Nope, they’re out.” I’m getting more comfortable with the Icelandic parenting mode, but I still worry about my kids all the time. My six-year-old daughter will walk to school on her own this fall, but my kids don’t stay out late by themselves.

On bright summer nights: The sun never sets in the summer. It looks like it’s setting around midnight, but then it just bounces along the horizon for a few hours and comes back up, so it feels like dusk all night. The energy in the summertime is really invigorating — everyone stays outside way past their bedtimes. You need blackout shades to get kids to sleep. People get creative: I’ve used cardboard, and I have a friend who uses big towels. Each summer, my favorite moment is watching the bright orange “sunset” at midnight with my children snuggled up in my lap. 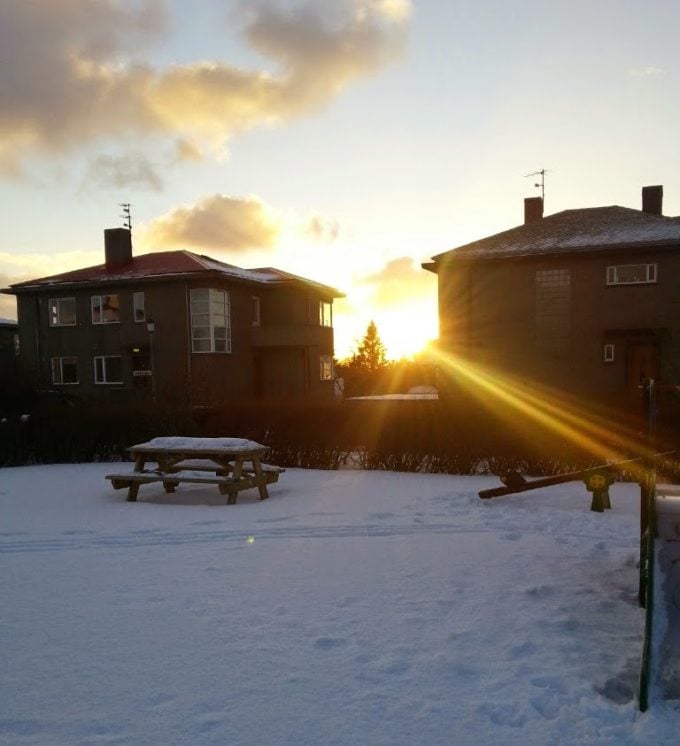 On dark winters: You begin to notice the darkness in October and November, and November to February is the darkest time. In the dead of winter the sun will rise at 10:30 a.m. and set at 3:30 p.m., but it never gets truly bright because the sun never gets high in the sky. It’s beautiful — that kind of light makes long shadows and a mysterious, ethereal beauty — but it can be hard. A lot of people get winter blues. We cope by baking and lighting candles and spending cozy time inside. My kids love ice skating and sledding on a hill by our house. People also take cod liver oil, which is rich in vitamin D and is supposed to help with mood. 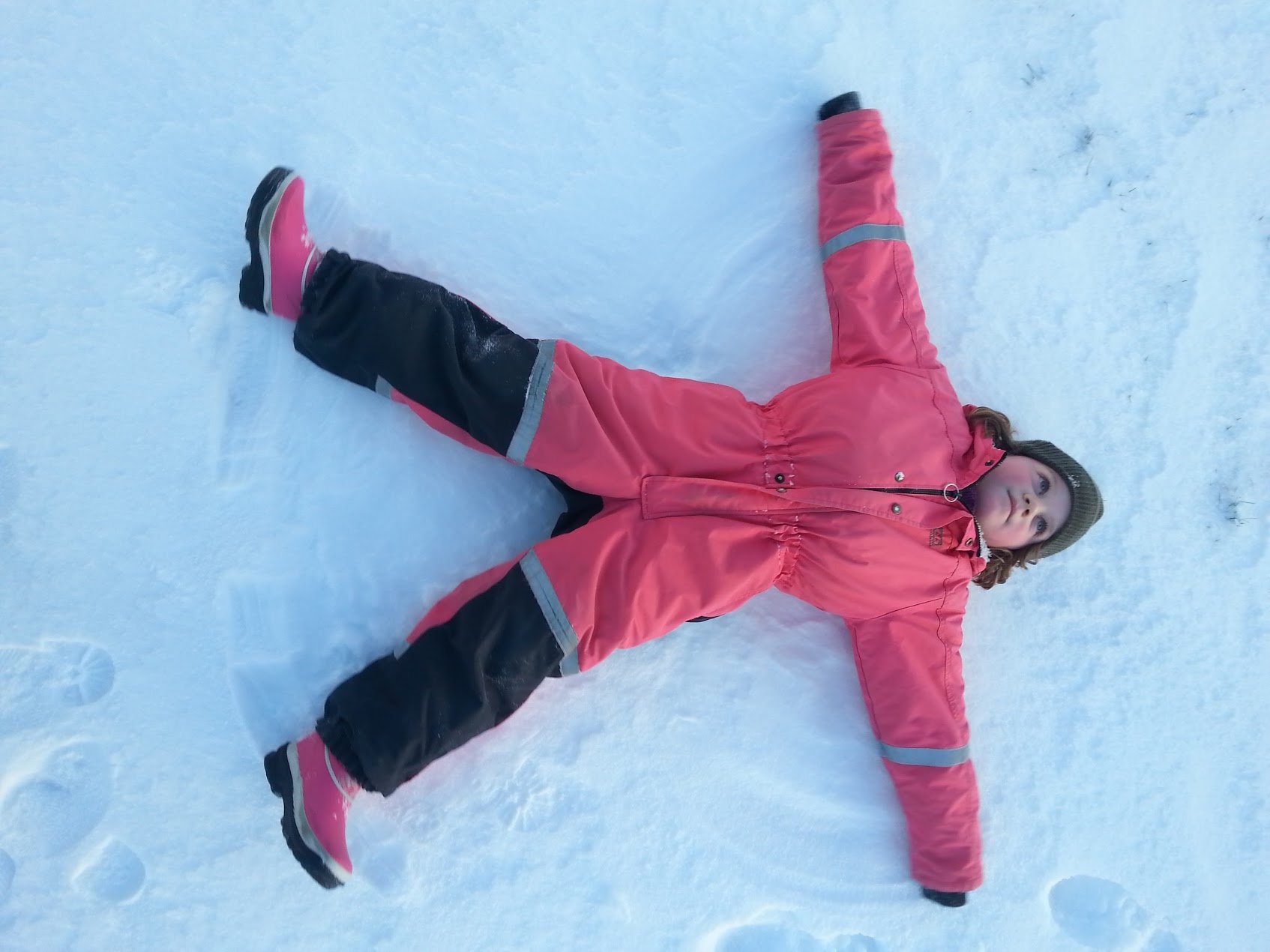 On Christmas traditions: Icelanders celebrate Christmas hard! At Christmastime, children are visited by 13 mischievous elves. They’re tricksters named for the sly things they do, like The Door Slammer or The Sausage Swiper. They used to just cause trouble, but these days they also leave little gifts inside children’s shoes. [In one 1998 survey, 54.4% of Icelanders said they believed in the existence of elves.] I doubt any adults actually believe in elves, but at the same time, no one will admit that out loud because they don’t want to risk making the elves mad! 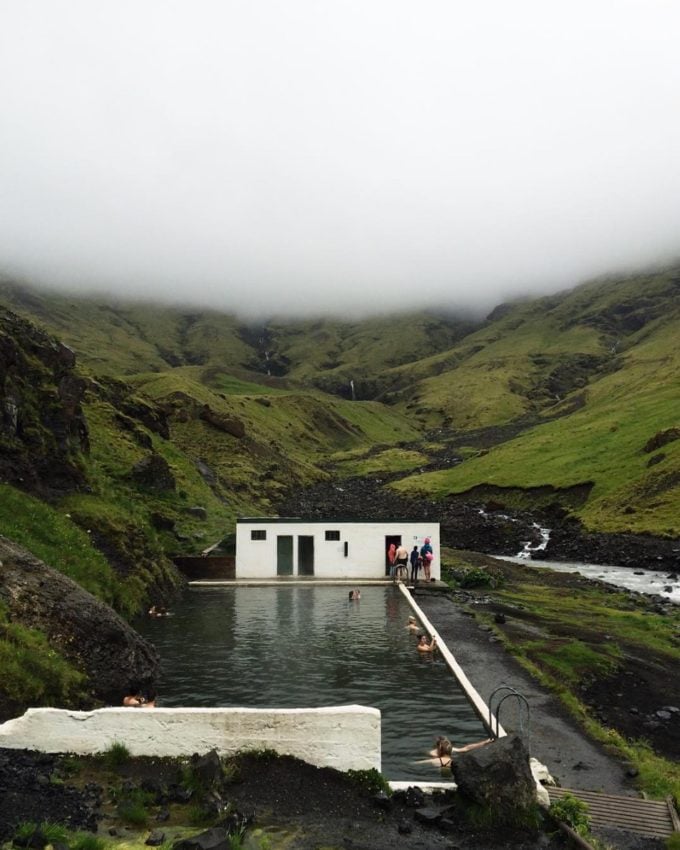 On swimming: Pretty much every town in Iceland has a geothermal outdoor community pool that is open year round. After school, or weekend mornings, we’ll walk to the pool for a swim and a soak in the hot tub, no matter the weather. Locker rooms have high chairs for babies to sit in while their parents shower or get dressed, and every pool has water toys and games for kids. The coolest and most Icelandic thing to do is to swim during a blizzard. The geothermal heat makes swimming pleasant, even if it’s dark, windy and snowy — you just have to sprint from the pool to the hot tub.

On babies swimming: Parents take their babies to their first swim lessons when they are three months old. It’s less about learning to swim and more about getting used to the ritual of going to the pool. Both our kids went three times a week in a pool made just for babies. They learn to how to go under water without breathing, by training a reflex that all babies are born with. You basically count to three and blow in their face and dunk them under water. The guy who teaches them has been doing it for 25 years. 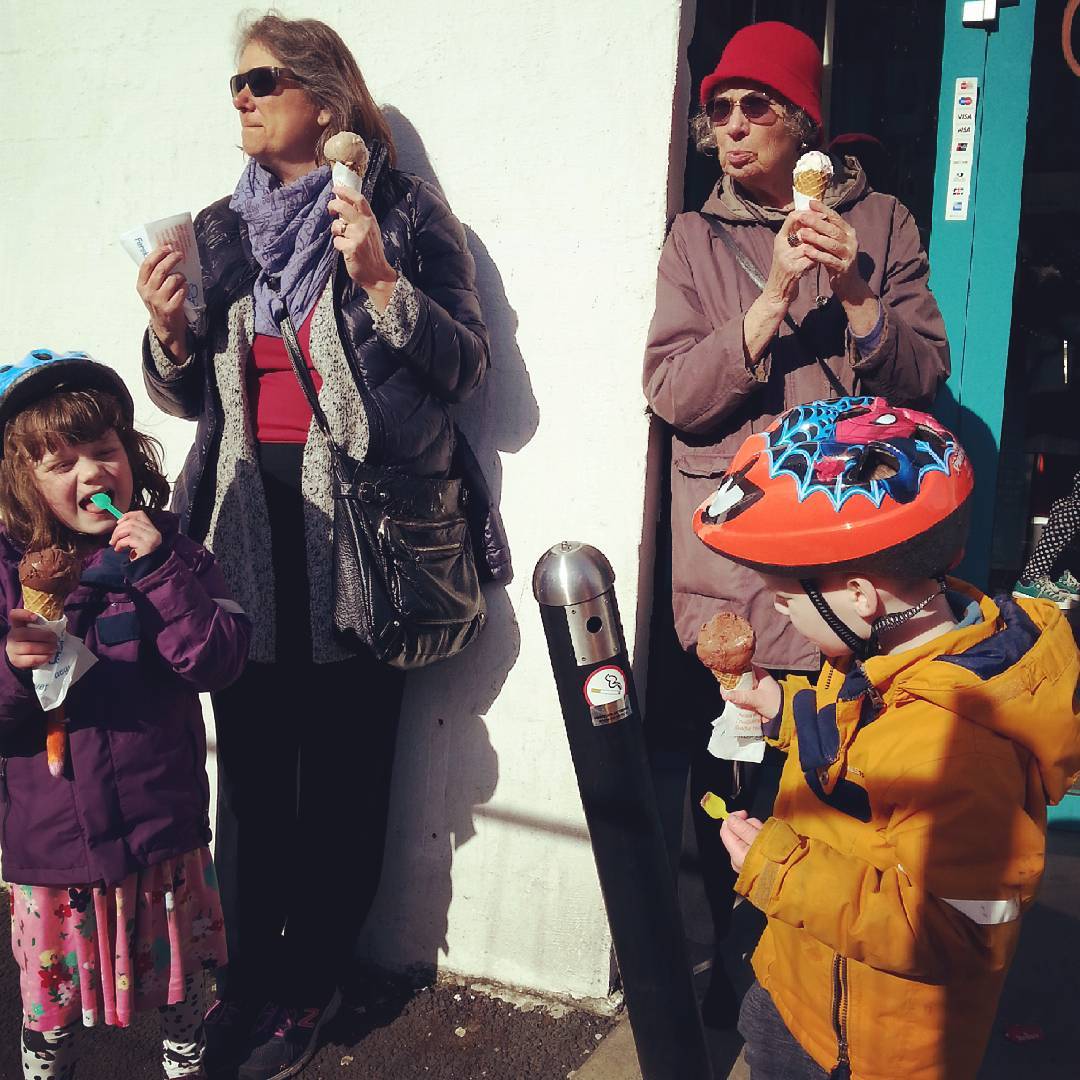 Elsa Maria and Finnur eating ice cream with their grandmother and great grandmother.

On ice cream: Despite the freezing cold temperatures, Icelanders are always up for grabbing an ice cream, and my kids are, too. There’s almost always line out the door — even in a blizzard. Until recently, there were only two flavors available at our local ice cream shop: one was called “Old,” which is vanilla made with milk, and the other “New,” which is vanilla made with cream. This year, they brought in all different flavors — chocolate, pistachio, licorice — and people are going crazy for it.

On Icelandic dinners: If I’m tired after a long day at work, the kids are happy to have liver or blood sausage with oatmeal — that’s an easy Icelandic dish. Another favorite is dried fish, which is an excellent snack to eat with butter. Slightly less appealing are the foods that are eaten in the season after Christmas, called “Thorri,” to pay homage to the hard times Icelanders have survived — such as soured meat including ram’s testicles and whale blubber, as well as boiled sheep’s head and fermented shark. There’s also a lot of drinking, which I assume is to help make the food palatable. 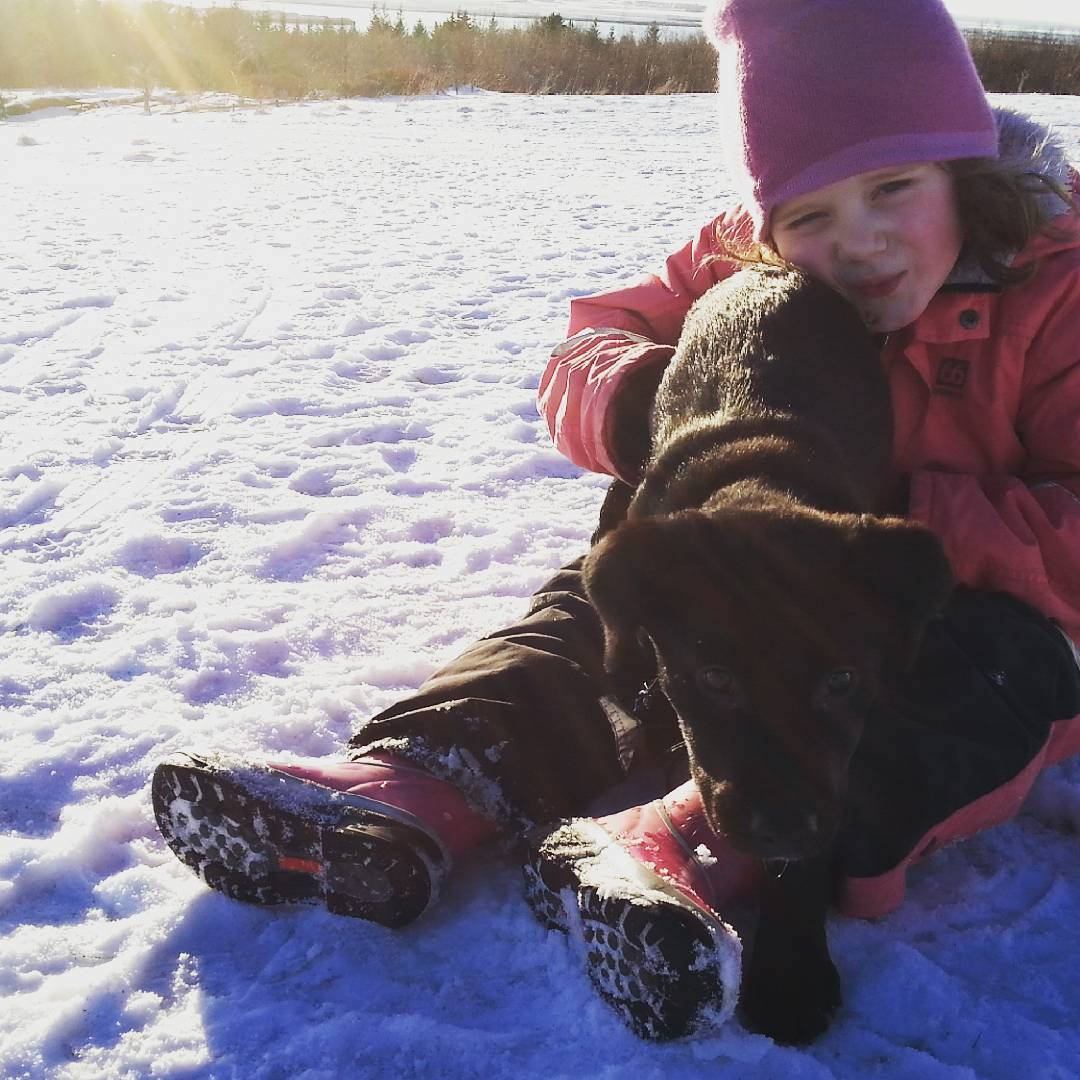 On dogs: We just got a puppy, but pet dogs are a relatively new thing in Iceland. Dogs weren’t allowed in the city until the 80s, so a lot of people are afraid of dogs. You need a permit to get one, and if you live in an apartment with a shared entrance, by law you have to get permission from two-thirds of the other tenants. Our dog is affectionate and always wants to run to people, but I make sure to keep her close. “Heel” is the most important command that she’s learned.

On a mom-friendly culture: One thing that really surprised me when I was in grad school was all the pregnant bellies and strollers I saw at the university dining hall. I always thought that getting pregnant was a death sentence in academia. How are you going to finish your degree with a baby? How will you afford to live? When will you write your thesis if you have to take care of the baby? Not an issue in Iceland. This hit home for me when a woman in my program gave birth over the holiday and came to class with her newborn. She breastfed him when he cried. There is a university-run day care for babies, and later there’s a state-run play school. I’ve never felt like I needed to choose between my professional life and raising my children — even as a single mom. Icelandic society is basically built for children and families, so it feels like one of the best places on earth to be a working mother. I love it here.

Thank you so much, Mary Frances!

P.S. The full Motherhood Around the World series.