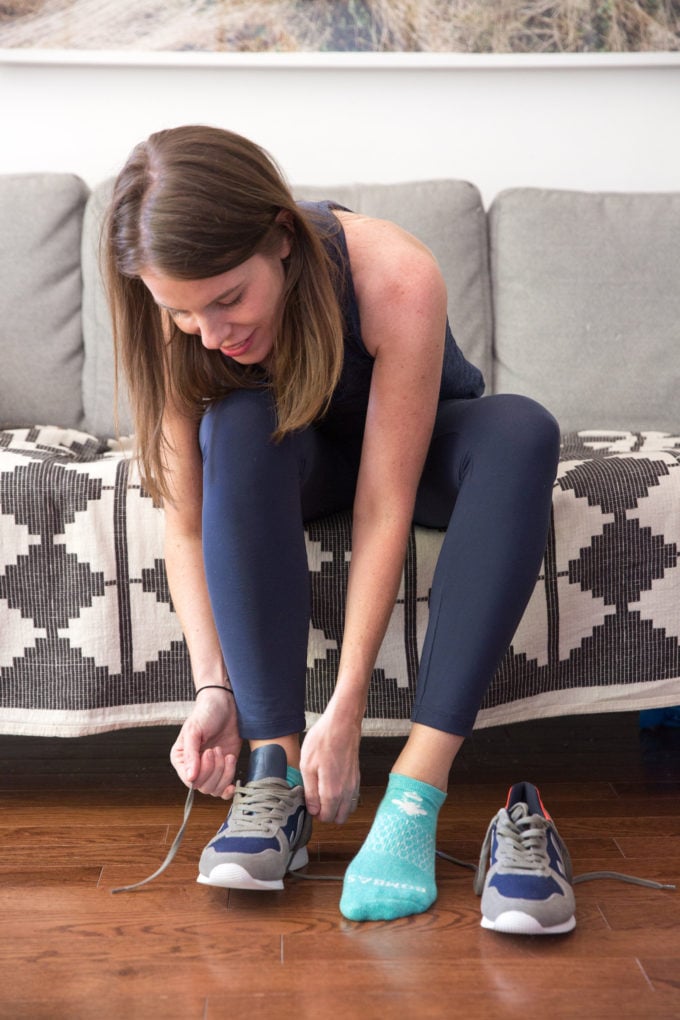 When I started exercising in earnest for the first time last year, I wasn’t sure if I’d stick with it. So, I just wore my everyday bra and some old maternity leggings. And I was definitely the only person in barre class wearing regular thin socks with flowers on them, instead of workout socks. 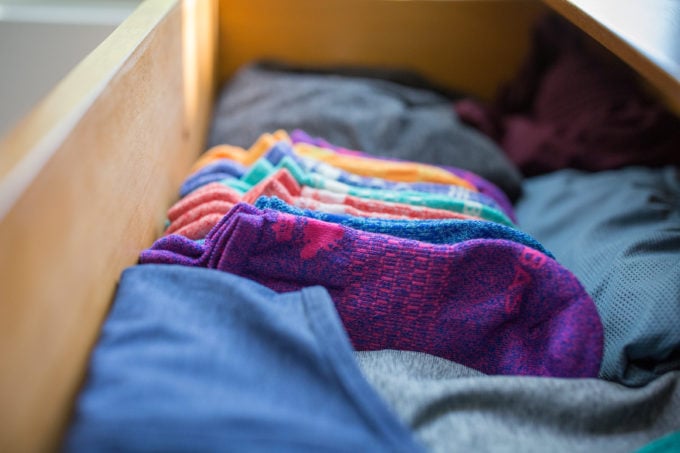 Nowadays, I’m happy to have a small drawer of exercise basics, including a real sports bra, actual running pants and the comfiest athletic socks. After Bombas, a New York-based sock startup, sent me a few to try, I soon realized that tons of people I know were already obsessed with them… Many of my friends, women I saw at barre class, even our upstairs neighbors are devotees. 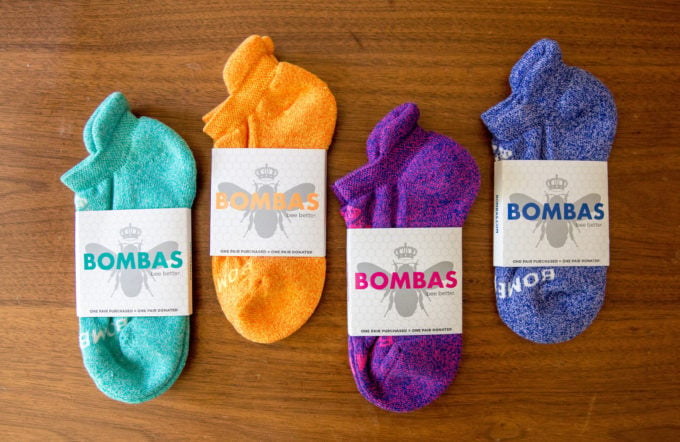 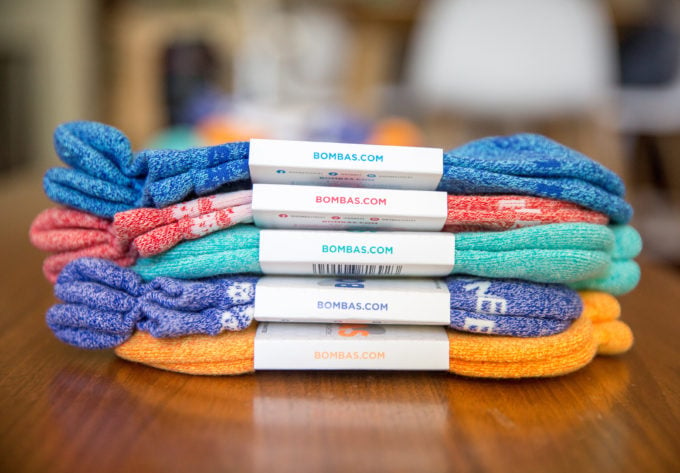 Here are a few reasons why Bombas has a cult following: Socks are the only thing they make, so they know what they’re doing. They engineer them in seven areas where you need your socks to be awesome, like elastic that keeps them from slipping down in your shoe and extra cushioning around the heel. And for every pair of socks sold, Bombas donates a pair to someone in need. (Socks are the most requested item in homeless shelters, a fact that inspired Bombas’s founders to start the company.) So far they’ve donated almost a million pairs. 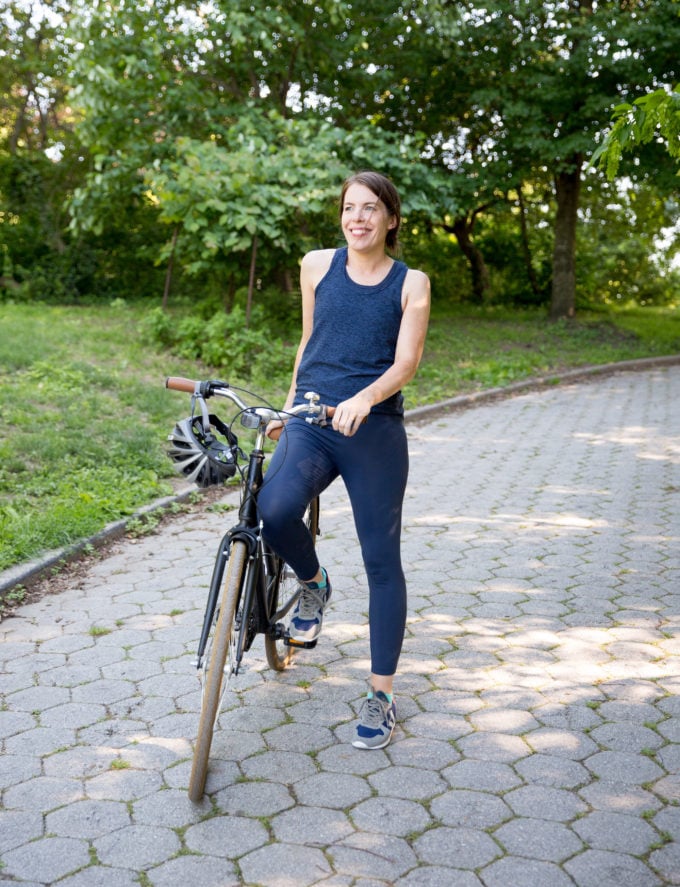 Bombas makes a bunch of different styles for women, men and kids. For exercise, I wear the marled ankle socks. I also love their Invisibles, which don’t show but keep feet from getting stinky when wearing Converse (or other “sockless shoes”).

Bonus for all readers: Get 20% off all Bombas socks with the code CUPOFJO. See their full collection here.

Which style would you try? Thank you, Bombas!

(Photos by Ana Schechter for Cup of Jo. This post is sponsored by Bombas, a startup that makes great socks and helps people in need. Thank you so much for supporting the brands that support Cup of Jo.)

hi
a few months ago I was part of an uplifting event in lower manhattan for the women of my single residence occupancy (sro) and these socks were part of our parting gifts. They are everything I love them and we all so appreciated the donation.

Got my pairs in the Birchboxes. I love them. Soft, cute and comfy.

My very favorite socks! Worth the money to get from a socially responsible company who gives backs.

I LOVE my Bombas!! They are very well made and extremely comfortable! I also appreciate the fact that they don’t put a hole in them by placing a tag through them. Rather, they packaged each sock pair in a sleeve.
Yes, they are on the pricey side, but I’m glad that I purchased my first bundle of four!!

I saw an advertisement on Facebook and thought I would give them a try. I believe in their mission. I love them and will be buying more. So soft and don’t slide down my foot.

I work for a non profit that provides shelter & basic need items to homeless teenagers. This past winter we received 100s of pairs of socks from Bombas. I heard from some of the young people who received the socks & they told us these were so warm & worked great in the cold Nebraska winter. Thanks!

Hi Lana Ingols,
You state that Bombas does not donate socks. This is incorrect. Bombas donated 1,000 socks this month to The Bowery Mission (TBM) -Community Hope Resource Center where I work. We are a provider of social and medical services among other services to the homeless and the community. They also donated a few thousand to other shelters at our organization as they do at other social service organizations. Last week they asked us if we would like a 1,000 more socks to give out to the poorest and neediest clients we serve. Of course we said yes! These young ladies are a testament of ” if you do good, good comes back to you”.

These are absolutely the best socks I have ever worn. Great colors and comfort like I have never known inside my shoes.

My daughter bought her father and I a couple of pairs of these socks. Best socks I’ve ever owned. Older people appreciate the quality and the thought that this is not a senseless gift.

My 7 year-old daughter who is super picky about any socks put them on and said “ahhhhhh they are like a hug for my feet”. We finally don’t fight about socks each and every morning.

I read about Bombas pre-Christmas so I decided to get the fam some (sox are always stocking stuffers). Seemed fitting that the company would be donating equal pairs. I bought ten pairs I believe, and with coupon discount plus shipping, it came out to approx $8 each. Everyone liked them, but not sure they’re THAT much better than other pairs, especially since we are not avid athletes or anything, but maybe time will tell. Saw the fellas on Shark Tank rerun the other day :)

I am diabetic and Bombas lowcut are the only ones I can wear that don’t hurt my feet. They don’t slip down in my shoes and have cool colors. I will continue to wear and tell everyone about them.

Couple questions about your socks. Where are they manufacturer in the United States or China? What type (s) yarn do you use? Do you use wicking yarns? What is your content of materials used in your socks? What is your
guarantee?

Cute, but that’s it. I can buy socks just as comfy at a much better price.

WAAAAAY out off my budget. My meager SS check doesn’t allow for such things as $12.00Sox. Barely buys groceries and gas.

I have tried two different sizes. Too tight in the arch and calf! And the toe seams hurt my toes. And I have a small foot and calf! I won’t waste my money again!

They are and they don’t hurt your toes! I’m telling you they’re so comfy!

I have a pair on right now they’re absolutely fantastic. I love them!

I would love to try these socks, I’m a gardener and I hate socks that walk down into my shoes.

After hearing about Bombas a while ago, I decided to buy one pair of invisibles just because I was so curious (and they were so expensive)! But I soon found that they are the only pair of invisibles I’ve ever had that didn’t fall down at the back of the heel in my Vans and sneakers. So now I’ve gone and bought four more…. (I can confess that my previous invisible sock hack was to place a strip of double sided tape on the heel of each foot. And yes I did this every day.) *reluctant Bombas convert*

Ash, you evidently have never worn a pair of Bombas. Walmart socks will probably last through a couple of washes. These socks should last a couple of years or more. I only wear socks or bare legs. These are the most comfortable socks that I have ever owned, and I’ve been wearing socks for several decades. They are worth every penny I paid for them!!!

My young adult daughters are in LOVE with these socks!!! One uses them for all her workout’s at gym and the other for her veterinary job. They stay in place and are sooo comfy, the girls are begging for more!

Try hand knit socks. They don’t have the seam line at the top, they’re extra cushiony at the heel and they don’t slip. Also, for diabetics, they fit well and aren’t tight in the leg. Find a hand knitter and pay the extra $$ for hand knit socks.