How to Be a Boss 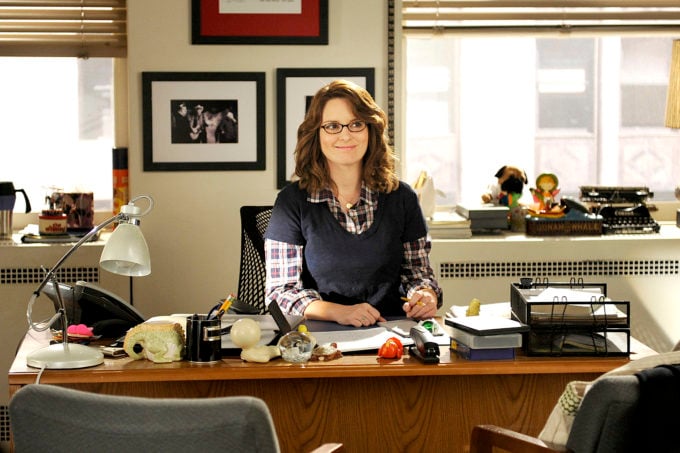 I’m currently sick as a dog in bed — cold sweats, dry cough, throbbing headache, the whole shebang. I forgot what it’s like to be so knocked out. Back in the day, I would have had to take a couple days off blogging, and then answer any pressing emails in my dark bedroom until my eyes fell out, so thank goodness for our small team of smart women at times like this.

Speaking of work, our post last month about the label “girl boss” got us thinking: What makes a great boss (or leader)? Here are 18 quotes from women we admire about leadership, hiring and working really, really hard…

On staying positive and grateful:

“Don’t complain. There’s a great chapter in Ben Horowitz’s book called The Hard Thing About Hard Things called ‘Nobody Cares’ and he talks about how he was running Netscape and one of his investors looks at him one day and tells him, ‘Ben, nobody cares — just do your job.’ You can make a million excuses for why something didn’t go well, but ultimately, just fix it and get on with it. Be a solutions person.” — Emily Weiss

“If you are successful, it is because somewhere, sometime, someone gave you a life or an idea that started you in the right direction. Remember also that you are indebted to life until you help some less fortunate person, just as you were helped.” ― Melinda Gates

On being a woman:

“As a director, I definitely feel the boys’ club. There’s still that, She can’t possibly know what she’s talking about. It’s always been meant as a compliment, but [crew members] go: ‘You know what you’re doing. Wow. You know lenses. Oh, my God, you know shots?’ Yes, I know where to put the camera. You just go, ‘Do you say to the dude directors, ‘I’m pleasantly surprised you knew what you were doing?”” — Eva Longoria

“My personality is to want to please. It can sometimes feel alien to just say, ‘I need this to happen, because it’s my show,’ and not feel afterward that you’ve been unprofessional simply by stating the thing that you want. I struggle with it all the time. When you are a minority, and it’s the first time you’ve done something, you’re like, this could all be taken away from me. I think the presumption with women is that they will be team players, and that is not the presumption of men. Especially show runners. When women push back, they [are perceived as] bitches or divas. I just made a slight demand that wasn’t even that bad. And at the end of it, I’ll send bagels [to the staff]. Please forgive me for asserting myself in a small way.” — Mindy Kaling

On finding (some) balance:

“You can’t possibly give a damn about other people if you don’t give a damn about yourself. At one point, when I was having a very stressful period in my career, I realized that the most important thing I could do for my team was not hire great people. It was not to raise a lot of money. It was actually to take a run every morning.” — Kim Scott

“Everybody does a better job when they’re able to balance. It might mean on a certain day I’ve got to leave a little early because I want to see my daughter play volleyball. That doesn’t mean that after we go home, and after we’ve eaten dinner and the kids go to bed, I’m not going to take out the computer and catch up on what I missed. We need to provide that environment. In a world now with our BlackBerrys and our smartphones, we’re always on. We need to find the opportunity not to do everything, but to do the important things.” — Mary Barra

On managing a team:

“Never say, ‘She works for me.’ Always remember that nobody works for you. They work for the job and for themselves and for a million reasons, maaaaybe if you are super awesome you are a tiny reason. But it’s always more accurate to say ‘we work together.’ This sounds dumb but I really believe it matters, not just language-wise but as a thing to keep in mind.” — Ann Friedman

“It sounds so simple to say that bosses need to tell employees when they’re screwing up. But it very rarely happens… I would argue that criticizing your employees when they screw up is not just your job, it’s actually your moral obligation.” — Kim Scott

“Because what else are we going to do? Say no? Say no to an opportunity that may be slightly out of our comfort zone? Quiet our voice because we are worried it is not perfect? I believe great people do things before they are ready.” ― Amy Poehler

“I always did something I was a little not ready to do. I think that’s how you grow. When there’s that moment of ‘Wow, I’m not really sure I can do this,’ and you push through those moments, that’s when you have a breakthrough.” — Marissa Mayer

“You can’t be that kid standing at the top of the water slide, overthinking it. You have to go down the chute.” — Tina Fey

On working hard, above all:

“Work harder than your report does. I know this is a duh thing to tell you, because you work hard and are amazing, but people get resentful pretty quickly if they think they’re pulling more weight than the people who manage them. Earn your higher salary. Also model the behavior you want.” — Ann Friedman

“Do every job you’re in like you’re going to do it for the rest of your life, and demonstrate that ownership of it.” — Mary Barra

“Just because you are CEO, don’t think you have landed. You must continually increase your learning, the way you think, and the way you approach the organization.” — Indra Nooyi

“When young people eager to start their own lives and careers ask me for advice I smile and always say: ‘Passion and persistence are what matter. Dreams are achievable and you can make your fantasy come true, but there are no shortcuts. Nothing happens without hard work.’” – Diane Von Furstenberg

“I worked so hard during my childhood to meet this goal: By the time I was 30 years old, I could do what I want. I’ve reached that. I feel very fortunate to be in that position. But I’ve sacrificed a lot of things, and I’ve worked harder than probably anyone I know, at least in the music industry. So I just have to remind myself that I deserve it.” — Beyoncé

By Caroline Donofrio
Relationships
10 Surprising Things I Learned While Writing a Book
February 5, 2019

This has to be one of my absolutely favorite posts ever. I relate so much to what these women are saying. It’s about time we speak up and own our own success for once. (In the words of Mindy Kaling, please forgive me for asserting myself in a small way.)

LOVE this article! I manger a group of upcoming managers at my company and may share some of these quotes as motivation. Love your blog!

Sometimes I think I’m cut out to be a Boss and then I’m like nah. But I do need help if I’m really going to take off in my business. Hmmm…things to think about!

This is something I needed to read! Always doing a great job hun!

Hope you are feeling better. It may sound like an advertisement but is more an advice: Take Juice Plus: fruits and vegetables in a capsule. All my family have being taken it for 6 years: and the benefits are incredible: more energy; my 9th yr old boy have no more episodes of asthma, my 13yrs old boy never get sick, my husband heart and cardiovascular health are in excellent conditions, etc, etc. I started to drink it and acquire a franchise when I realized all the benefits and how my family was blessed with this product. My energy levels incresase a lot and now I can run after my kids! Hey, we all need fruits and vegetables!!! Take a look at my website for all the scientific studies and all the Universities that have being involved in the researchs! You can order it in my website too. ????????

I love this article!!

I love articles like this where you talk about running a business, but it would be about one thousand times better to hear from YOU LADIES about what your first-hand experience is like. How do you decide who to hire? How do you handle personality differences? How do you set rules for your team? We love Cup of Jo for design, art, motherhood, etc., but I think a lot of us are women passionate about entrepreneurship and female-run businesses as well.

The last two are my favorite :)

I so needed this. I have just under 3 years management experience so far and am about to start another management job at another place soon, so I am still learning. Marissa’s and Tina’s statements relate most to me at the moment. Despite all my experience, managerial and otherwise, I still hesitate to make that jump even though it usually works out at the end (and that’s when I finally gain confidence).

Please make it able to post to LinkedIn. Have some women’s leadership groups that would really enjoy this.