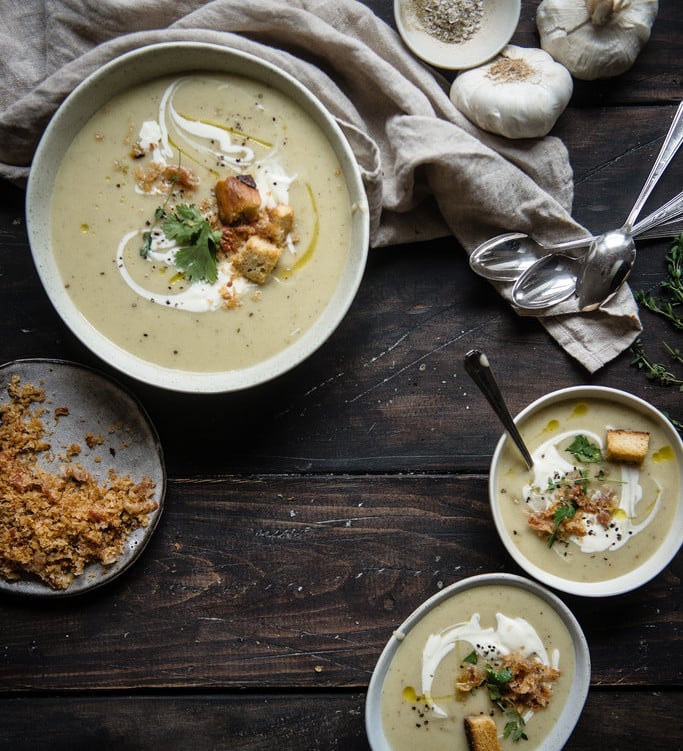 To finish off our month of delicious soups, we chose a tasty recipe from Cynthia Chen of the food blog Two Red Bowls. It’s everything awesome about a baked potato in soup form, making it the ultimate crowd-pleaser. Here’s how to prepare it…

I’ve gotten into a big, hearty soup kick, the kind that can make a meal by itself and doesn’t require the addition of a sandwich to satisfy you. This one is my current favorite. After a sleepy, late-night request from my potato-loving husband for either “a baked potato in soup form” or “sour cream and onion dip in potato form,” I created this recipe. It ticks off all the boxes, both his and mine: it’s full of creamy potatoes for body and substance, gently sautéed leeks for the green onions, a dollop of crème fraîche (or regular sour cream, if you like) for tang, and gloriously crisp pancetta breadcrumbs for texture and a bacon-like topping. (Though, I’m be all for traditional bacon bits, too!) On top of that, there’s a whole head of roasted garlic thrown in, which creates a deep, sweet-savory smokiness. It’s warming, filling and super comforting. Also, while a little bread never hurt anything, it can totally make a meal all on its own. 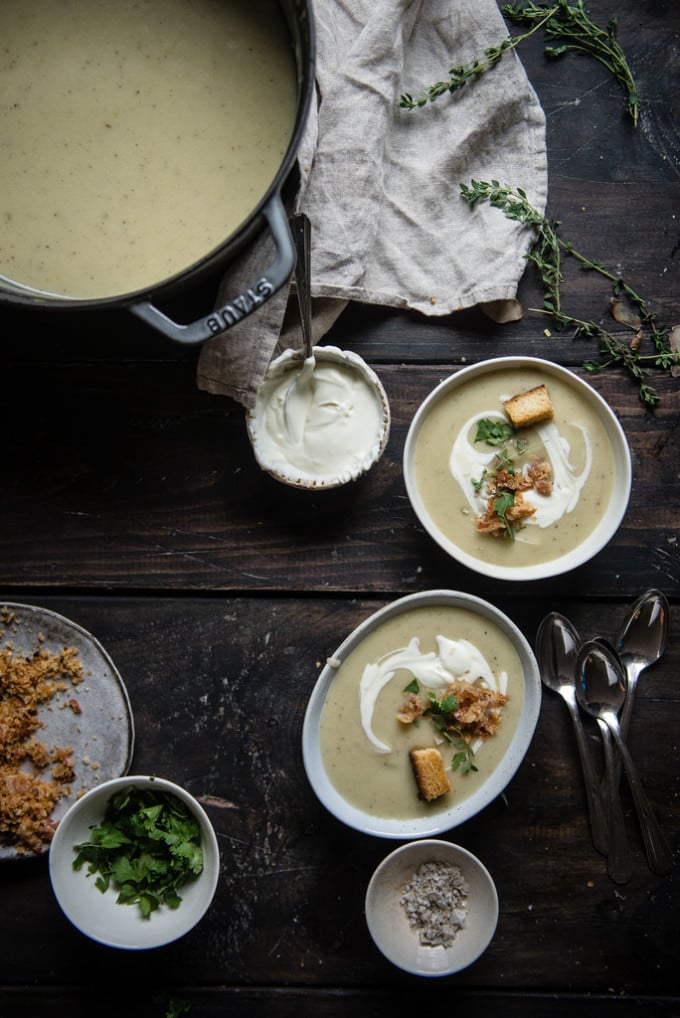 For the pancetta breadcrumbs:
1 tbsp olive oil
1 tsp minced garlic (use the tops from the roasted garlic, above)
1/4 cup finely diced pancetta or bacon
1/4 cup coarse plain breadcrumbs (I used panko, which are Japanese breadcrumbs)
Salt and red pepper flakes, to taste

Preheat oven to 400F. Trim about 1/2-inch off the top of the head of garlic, exposing all the cloves inside. Save any tips of cloves that are sliced off for the pancetta breadcrumbs. Rub the exposed cloves with a bit of olive oil, just enough to coat, then wrap in foil and bake for 40-45 minutes, or until cloves are soft when poked. Once garlic is done, carefully remove foil and set aside to cool. When cool enough to handle, slide cloves out of their skin and reserve.

Heat a 2­-quart pot over medium heat. When a drop of water dances and sizzles when it hits the pot, add the butter and remaining 1 teaspoon olive oil to the pot and stir until melted. (Waiting until the pot is hot will help prevent the vegetables from sticking.) Add the thinly-sliced leek and potato. Cook, stirring occasionally, until the vegetables have begun to soften and brown slightly, about 6-8 minutes. If the bottom still sticks, don’t worry — the stock and white wine will loosen any brown bits.

Add 3 cups of the chicken stock, the wine or sake, roasted garlic cloves, thyme, and a generous pinch of salt and pepper. Stir to combine, scraping up any stuck bits from the bottom of the pan. Bring mixture to a boil, and then turn heat down to a bubbling simmer. Cook until potatoes are tender, about 20-30 minutes.

While the soup is simmering, make the pancetta breadcrumbs. Add the pancetta to a cold pan and turn the heat to medium-low. Let pancetta cook slowly until crisp and fat has rendered, about 5-8 minutes. Add the breadcrumbs, salt and red pepper, then reduce heat to low, cooking mixture slowly until all of the crumbs are an even golden color, about 2-3 minutes.

When the potatoes are tender, puree the soup using an immersion blender or a regular blender (in batches). Stir in the crème fraîche, then thin the soup with the last cup of stock until it reaches your desired consistency. Add more salt as needed, plenty of black pepper (I used at least 1/4 to 1/2 teaspoon), and a splash more of white wine or sake if the soup tastes a bit too heavy or rich. Serve with pancetta breadcrumbs and extra crème fraîche on top. 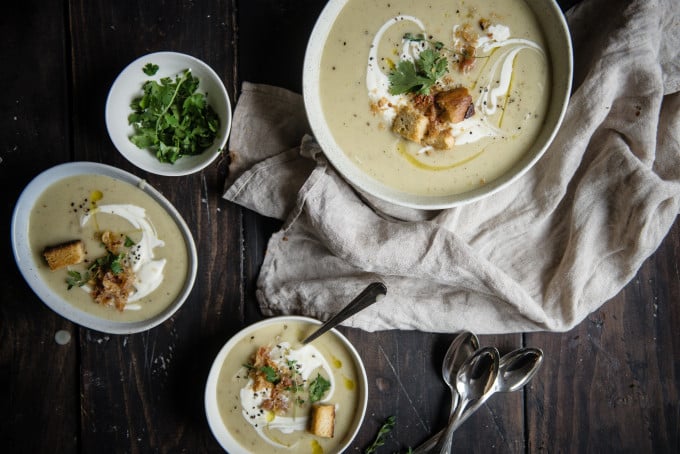 Thank you so much, Cynthia!

(Recipe and photos by Cynthia Chen. Thanks to Stella Blackmon for helping with this series.) 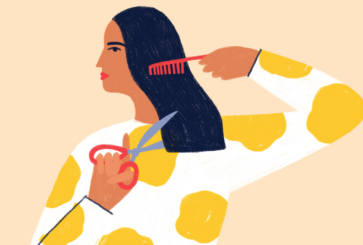 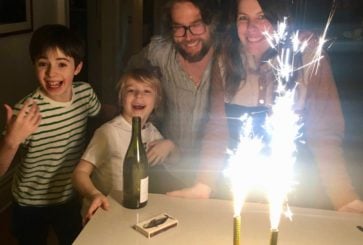 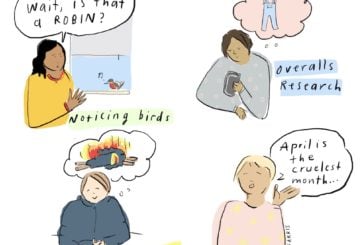 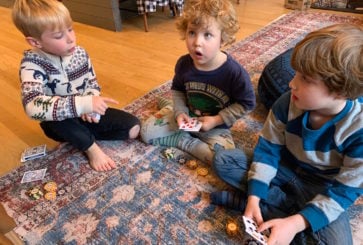 RELATIONSHIPS
Have You Ever Had a Family Sleepover?