How to Get Kids to Eat Vegetables 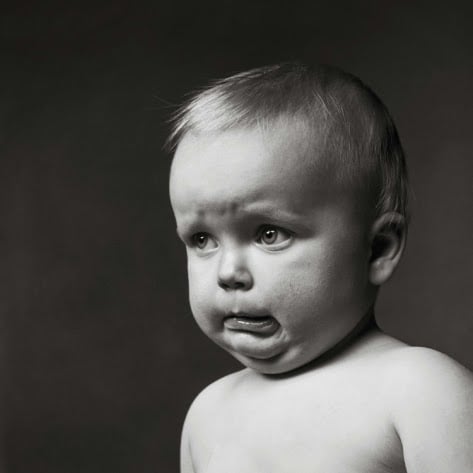 My boys eat pretty voraciously—eggs, hummus, even sushi—but every time I clean up after dinner, I notice the vegetables left on their plates. No peas, no broccoli, no zucchini, no thanks. So! In an effort to prevent them from getting scurvy, I tracked down 8 ways to encourage kids to eat the good stuff…

1. Serve veggies first. My friend Abby gives her sons their vegetables before bringing out the rest of the food. That way, they scarf them up before filling up on pasta and bread. “They actually like vegetables now,” she reports.

2. Don’t say anything. A new study reveals that serving food “without giving any message about the goal” (health! strong bones!) maximizes consumption of healthy food. So, when you bring out the vegetables, “just put them on the plate—’Just a regular part of dinner, nothing to see here’—and wait, and watch.”

3. Make it a game. Radio producer Hillary Frank shared a brilliant tip: She got her kids to eat bell peppers by asking them to close their eyes, taking a bite and seeing if they could guess the right color—red, green or yellow. They would end up eating a bunch. You could do this with other foods, such as tomatoes or cauliflower.

4. Make sure they’re hungry. After all, say the French, “hunger is the best seasoning.” Also, if you serve a smaller main dish (say, just a bit of mac n’ cheese), they’ll eat more of their side dish (say, garlic broccoli) because they’ll still be hungry. This is both common sense and scientifically proven.

6. Stay at the table longer. When they’re done eating, I try to get the boys to hang for a while, because I want them to know the joys of sitting around the dinner table and chatting (one of life’s great pleasures!). I’ll start conversations I know they’ll be interested in (what color they think our rental car will be, how funny that sandwich Halloween costume was). But I’ve noticed that a great side effect is that they often end up absentmindedly munching the food they had originally refused.

7. Try seaweed. Have you seen those Trader Joe’s packets? My boys WOLF them up (the crackly paper-like texture is really appealing), and seaweed has tons of Vitamin A, as well as other vitamins and minerals.

8. If all else fails…sneak it. Obviously, the dream is to help kids learn to love vegetables, revel in them and seek them out. But there’s nothing wrong with dropping a few frozen broccoli florets or a handful of peas into smoothies, or stirring sweet potato into mac n’ cheese. (And Seinfeld‘s family does it, so you’re in good company.)

Thoughts? Do your little ones like vegetables? Any tips? Or recipes? I would love to hear what has worked!

P.S. Six words to say to your child and two-ingredient pancakes.

Sitting around the dinner table IS one of the greatest joys!!!

I love this. I think about this a lot in the context of my field, aging services. Atul Gawande writes about this type of aiming-for-yes idea, and allowing for risks as people age. We’re so quick to protect, worrying about all the things that could go wrong (falls, chocking, etc.), that people end up miserable and completely limited as they age. Anyway, I’ve always thought about this in aging-care, but never in my role as a parent! Thanks for the eye opening perspective.

I found great success in increasing my family’s veggie intake by adding them into “treats” pumpkin chocolate muffins with shredded carrot and zucchini, using avocado in place of the oil in the recipe… The kids love it and they are packed with veggies. And quiche, you can put just about any type of veggies in, and kids will think they are getting a nice treat. I have also found that when I let the kids help prepare meals they are more likely to eat what they cook. And bragging about their culinary masterpiece gives them extra encouragement to try new and different foods in the future.

Also another great method is skipping the “baby food” and “kid food” all together and always have them eat what you eat, baby led solids. It creates a great start and I have had great success with it. Now that my little guy is a toddler he is way less picky then most kids his age! He has his moments like most kids but very rarely and eats most things. http://theeverydayveggies.blogspot.com/2015/09/baby-led-weaning-solids.html

hi! I was blessed to marry a man with 5 young children ages: 3, 3, 4, 5 and 6 mos. Being a single Dad and outnumbered, the children lived on pizza, peanut butter, and mac n cheese and don’t forget McD. Yikes! To be the best (step)mommy, I read parenting mags and articles galore. I did sneak veggies in things like spaghetti sauce (finely diced carrots, which added a natural sweetness, spinach and of course the onions and garlic. I introduced food prep and cooking, which not only got them interested in what goes in the food, but a necessary life skill. They were used to bread and cheese. I just offered finger fruit and veggies like grapes, cut up apples, carrots, etc. They learned to love raisins simply because they were in small boxes! I would serve fruit and vegetable juice combos again to develop their bland palates. Within a year, they loved stir fry veggies and chicken so much that instead of a lemonade stand they wanted to sell the stir fry, brown rice in tortillas! LOL

An occasional treat is ok. We served NO soda! Choices were either milk (sometimes chocolate milk as a treat) or water. My kids love water! Finally, teach your children to join into the dinner conversation, that’s when we learned so much about each other and extended family. Let the children have a little extra time to eat based on their age. A three year old needs more time than the twelve year old. Make food fun. Broccoli becomes “little trees”. lol Gradually introduce different flavors in different ways and they’ll learn to like what’s good for them.

When we were all younger, my Grandma put our veggies in mash potato. It was called ‘rainbow mash’.
We thought it was ‘fun food’ because only the kids got to eat it, not realising that she was fooling us!

As we got older and savvier, she would tell us that the only reason she did that was because we were ‘babies’ and ‘adults don’t need to eat rainbow mash’. A sneaky use of reverse psychology meant we opted to be ‘grown up’ and stop eating rainbow mash.

I love the idea of spending time to talk at the table. Not just to make them eat their greens, but to build a better relationship too!

Growing up, if I didn’t like a vegetable I was allowed to put vinegar on it. Now that I am grown up I don’t need vinegar to enjoy veggies, I love all of them! Because it worked for me, we use the same tactic with our 5 year old daughter. She eats most vegetables without vinegar, but she will eat almost all vegetables with vinegar. As far as the tough veggies go: she eats broccoli and spinach plain, but she needs a little bit of vinegar on her brussel sprouts. If your son likes pickles or other acidic foods this may work for him.

I’ve actually come across a blog that a couple mum’s have put together about getting kids to eat veggie and incorporating them into everyday meals.

Something I’ve done that worked was to always tell them the various things we’re having, even if blended up or unrecognizable. So when they say, “good spaghetti sauce mom!”
I say “thanks, it is good huh! I put in tomatoes and onions and mushrooms and peppers…”

Agree with the other posters on green smoothies. My 13 month old reaches for mine every time I have one, which is most days. Easiest veggie infusion ever!